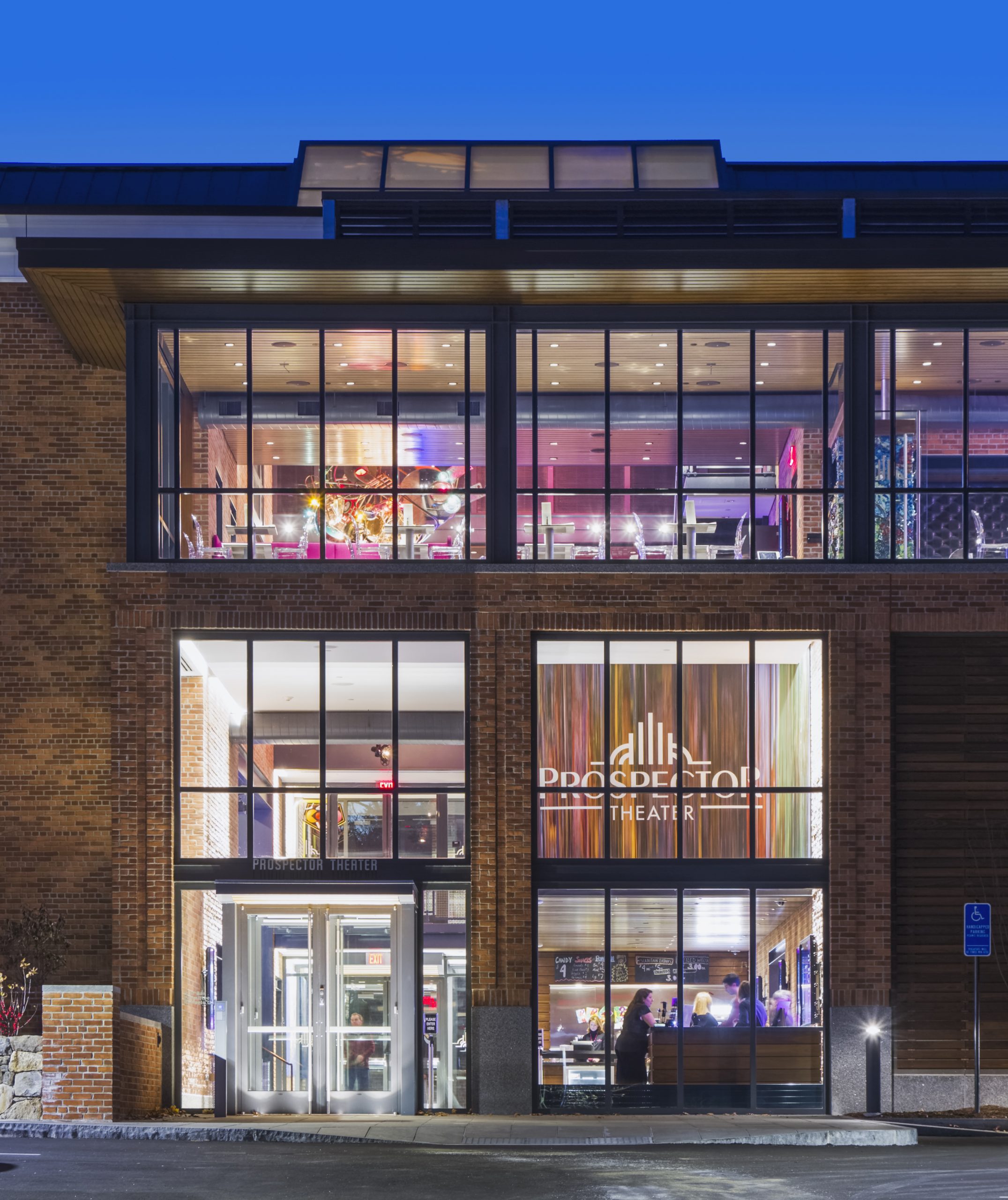 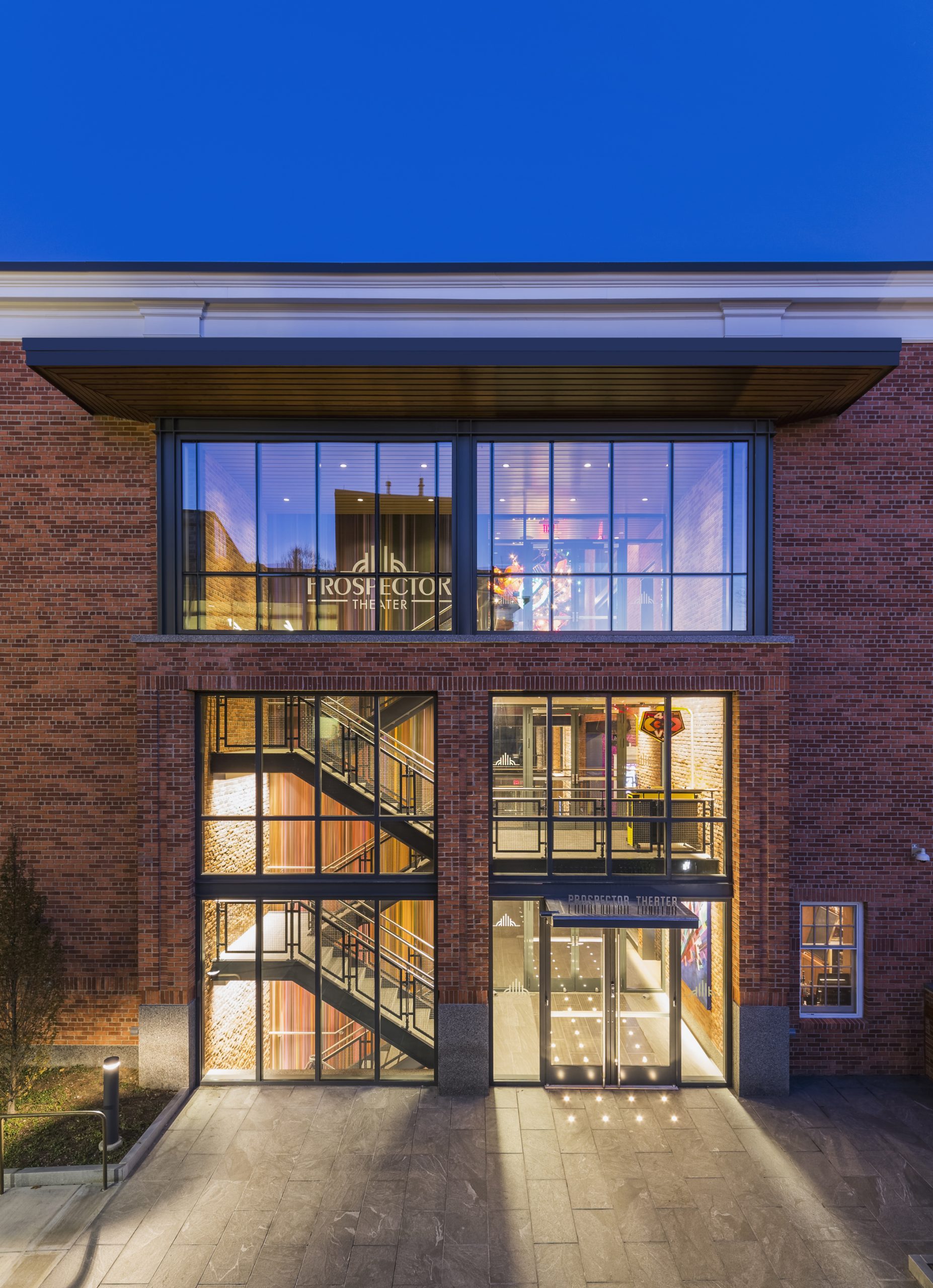 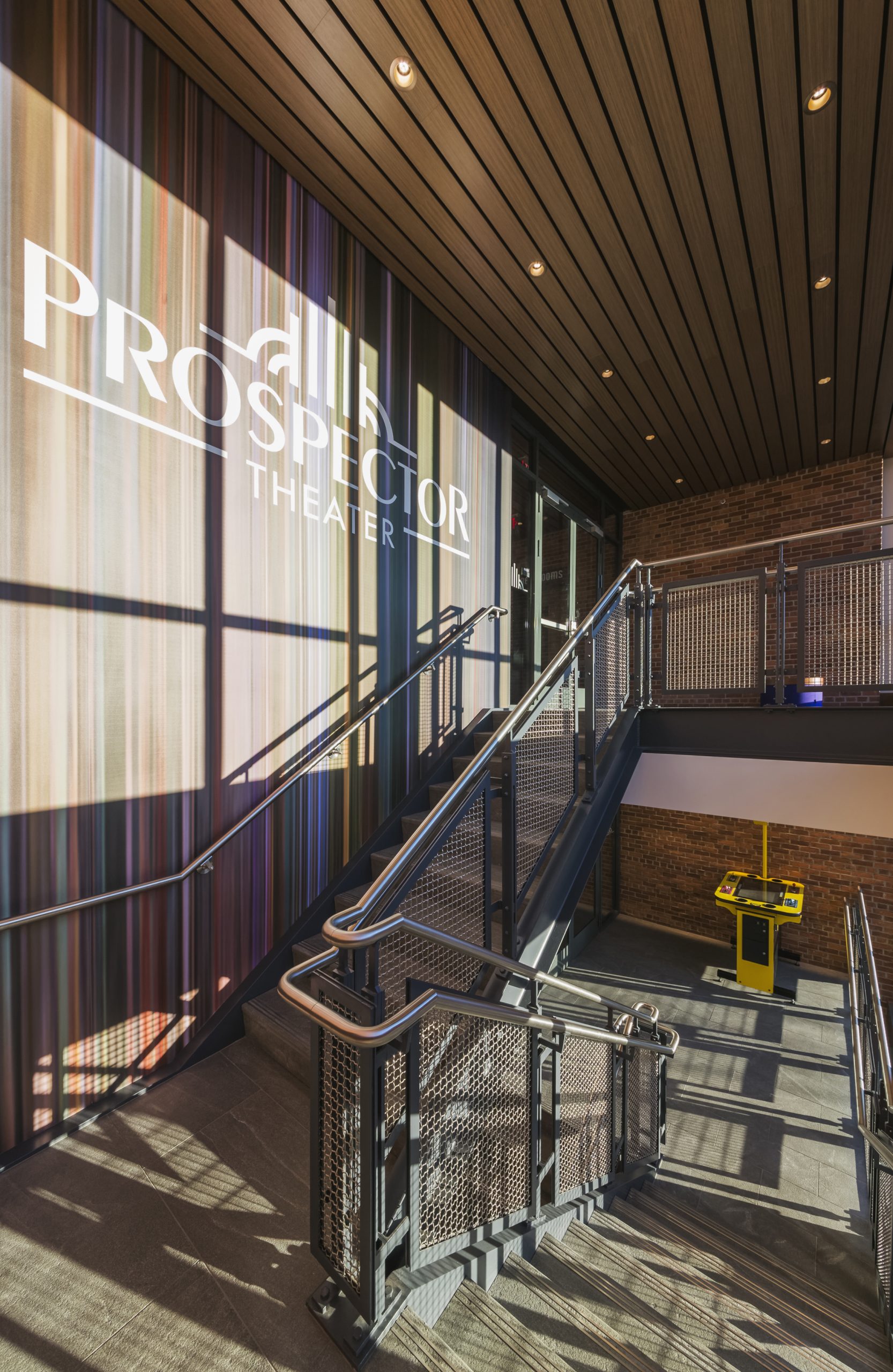 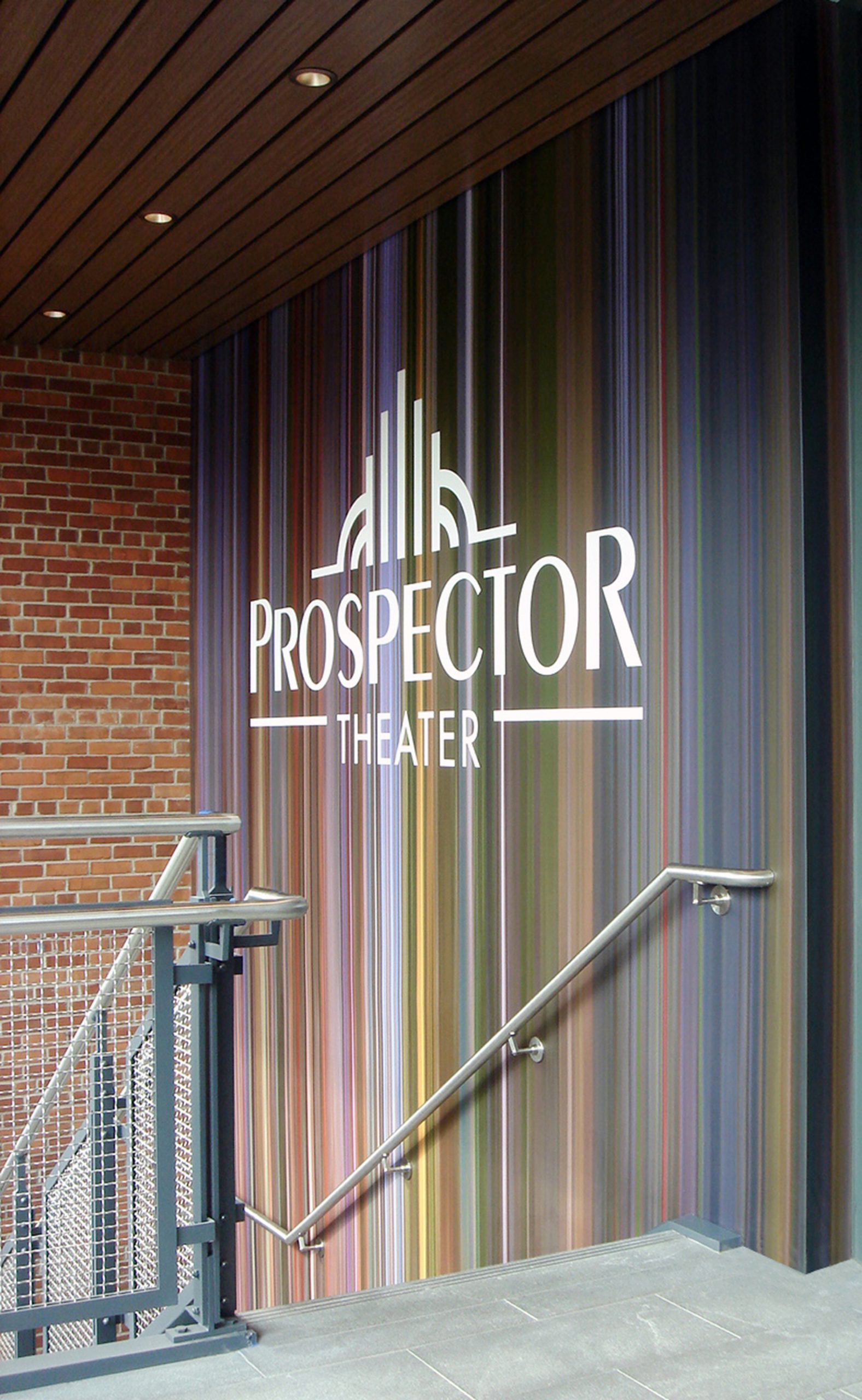 The MovieDNA artwork was created for the Prospector Theater as a wallcovering in the Main Lobby and Staircase. The artwork represents the movie ‘The Wizard of Oz’ and was created by distorting individual frames from the movie by stretching the frames into distilled, vertical lines of color in chronological order. The lobby artwork is approximately 70 feet wide and 9 feet high and the stair artwork is 14 feet wide and 45 feet high extending through 4 stories. The digital artwork was created by Rob Hansen and Garrick Dartnell and printed onto vinyl wallcovering material by Surface Materials/FindYourLevel.

In 1939, John Eberson designed Ridgefield’s first movie theater which was in operation until 1970. The client purchased the building in 2011. When structural issues determined the need to take the original building down, the front facade was recreated and beyond the building transforms from traditional to contemporary detailing. The Prospector Theater is a non-profit, first-run movie theater with a mission to provide meaningful employment to adults with developmental disabilities. It was important that all interior finishes and artwork had meaning and represented this mission. The selection of The Wizard of Oz not only complemented this mission, but also symbolized the theater's history, both premiering in 1939. The Wizard of Oz also represents a milestone in the history of film-making as being the first movie shown in color on the big screen. The goal of the Prospector Theater shares the same goal as The Wizard of Oz – to help the audience see in color; in the case of the theater, seeing in color means to see the potential in its employees, to see across the spectrum beyond their disability and recognize them as hardworking, determined individuals who can make significant contributions to society and their respective communities.

The dimensions of each piece were sent to the artist who created the artwork specifically to fit this application. The digital files were then sent to the wallcovering manufacturer to be printed onto vinyl sheets that would be installed just like wallpaper. Careful coordination was necessary between architect, artist and the wallcovering manufacturer so that other building elements such as the Prospector Theater logo as well as a space for digital projection in the lobby could be incorporated into the design. The design of the building – the open Lobby and glass façade in both the Lobby and West Stair – essentially showcases this artwork, making it visible from the exterior both during the day and at night.