Projected Visions at In Light In - CODAworx 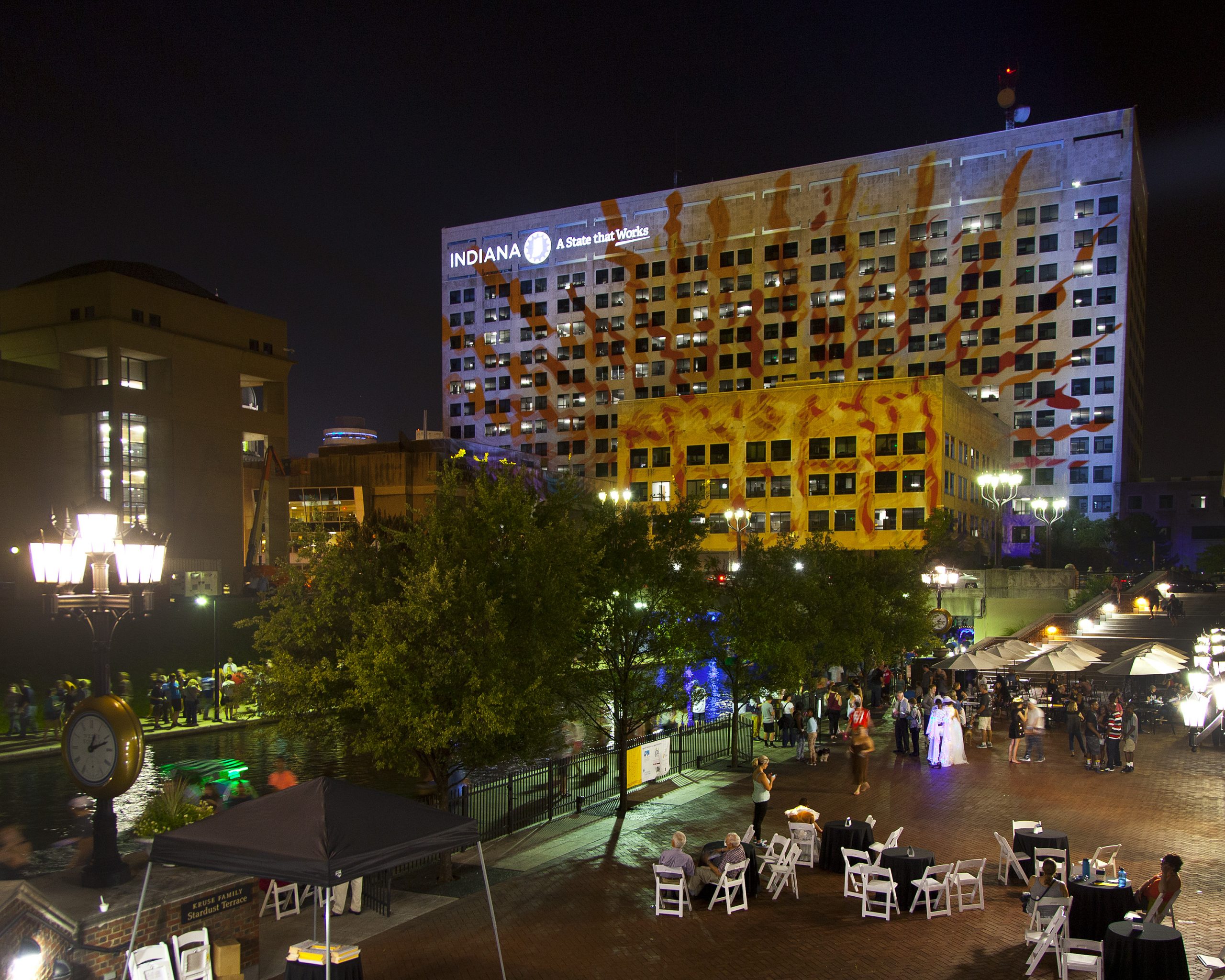 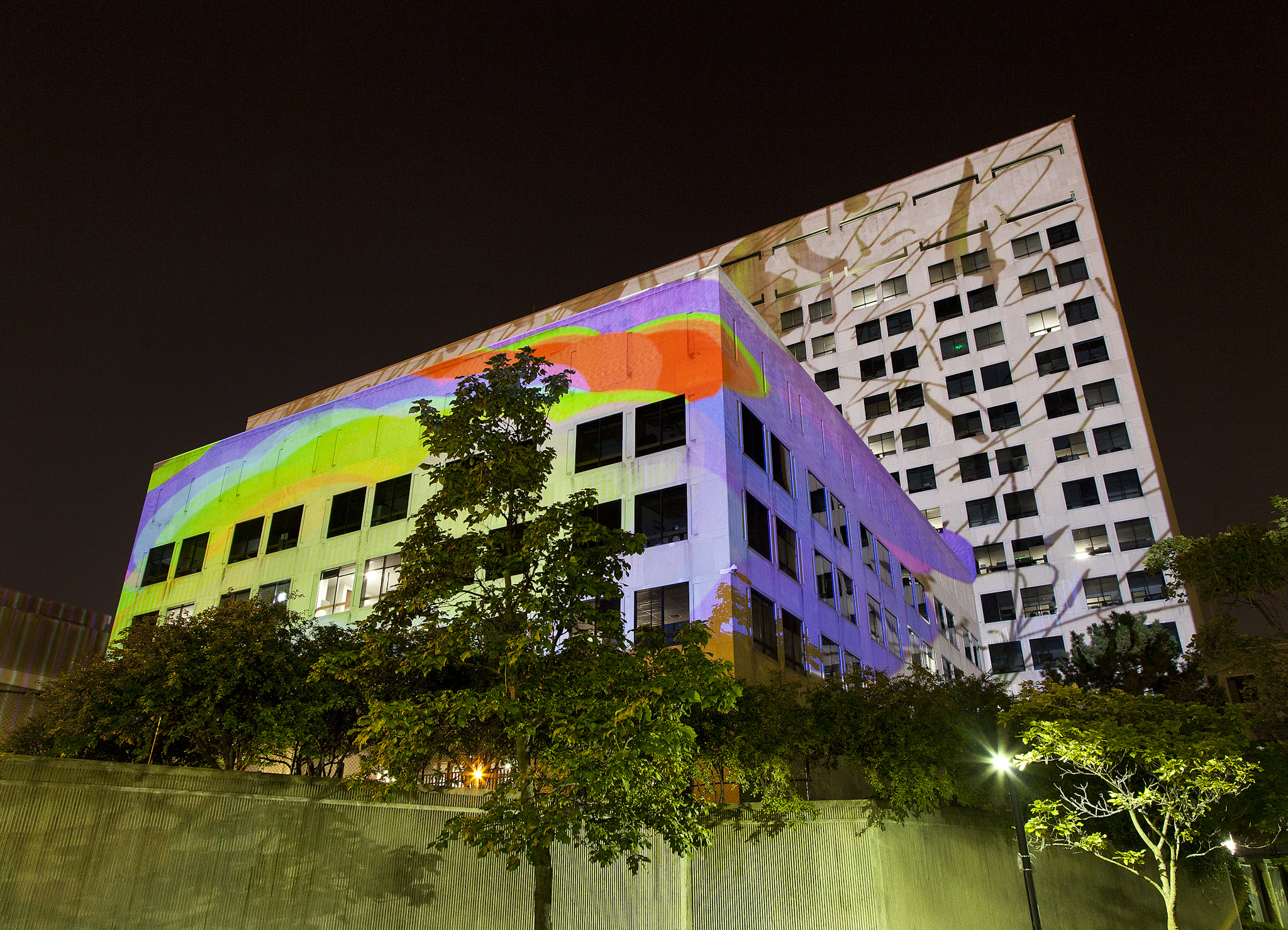 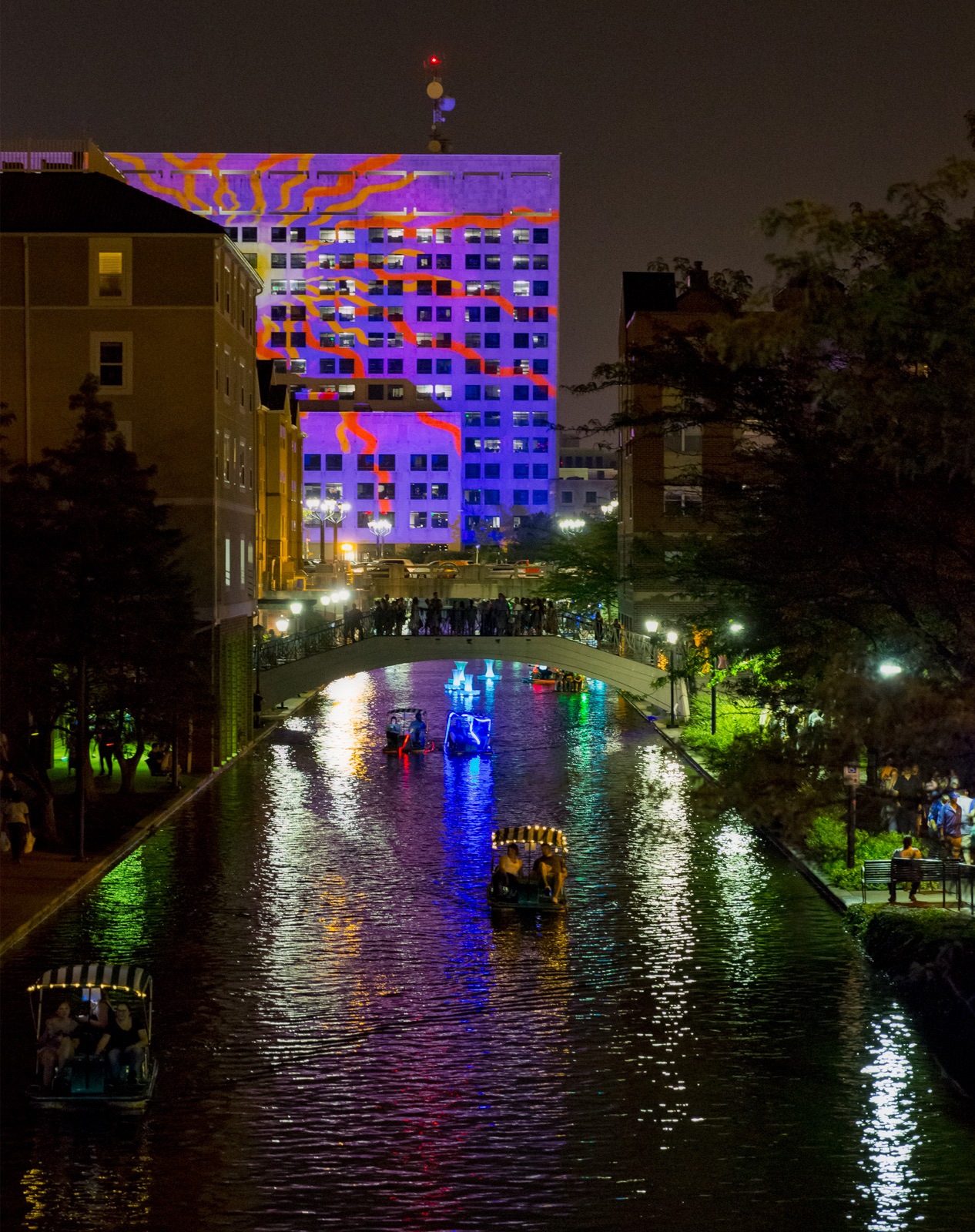 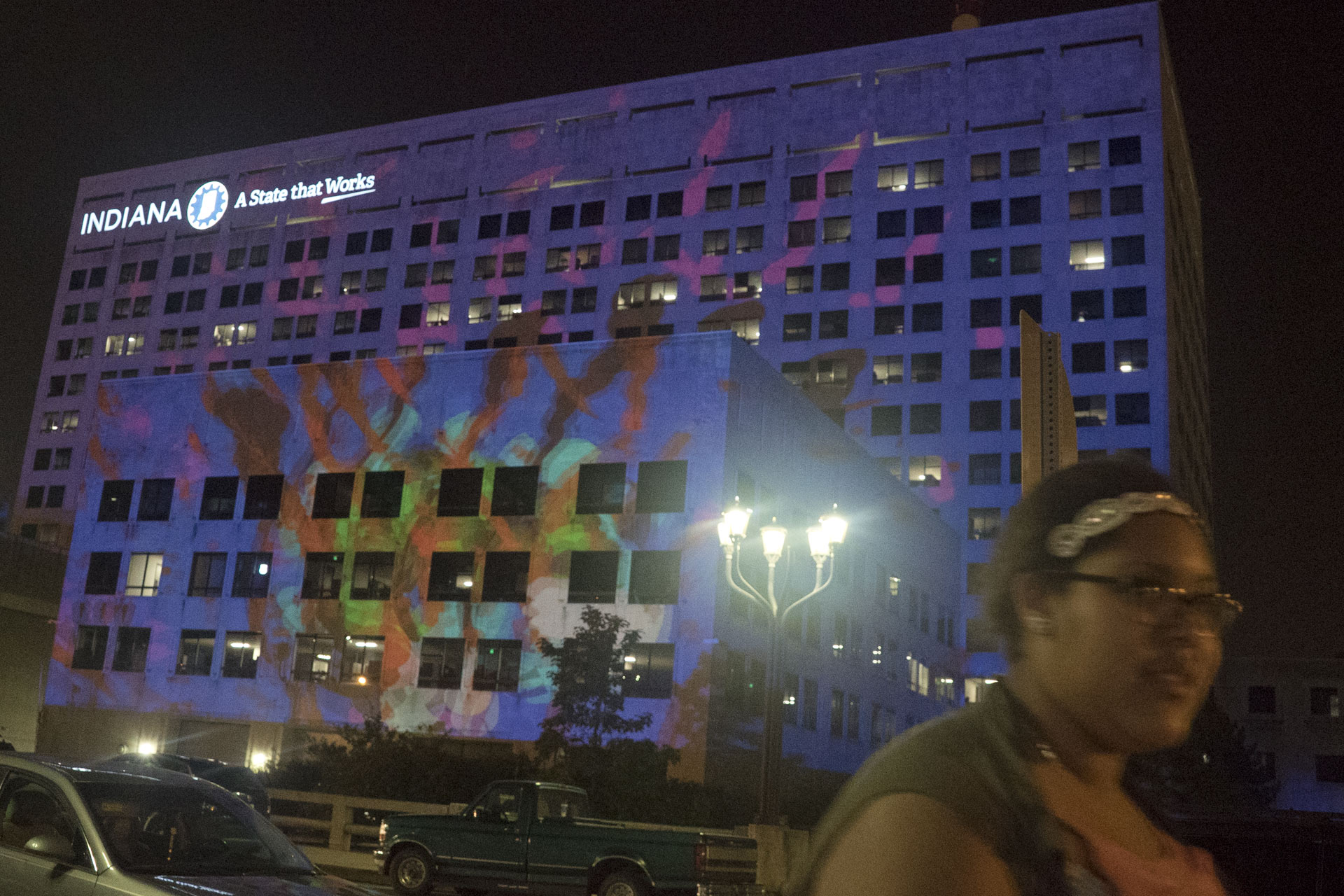 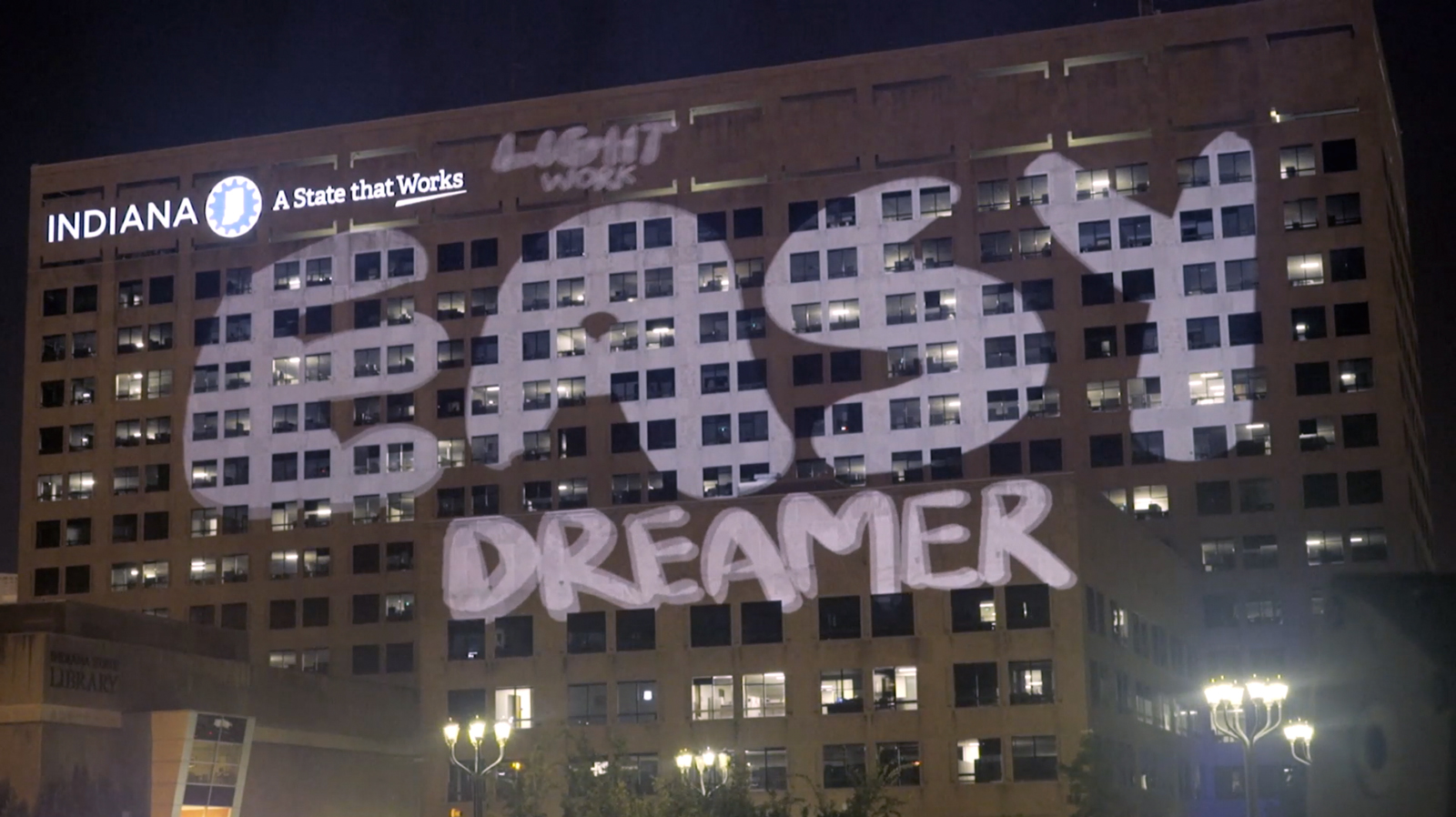 Projected Visions is an unfolding creative experience using projected light to radically repurpose public space. This project activated the IN Light IN Festival with live projection paintings and animations by considering the shared relationship of the downtown canal waterway to the community. Working with sound artist collaborator Veronica Amaya who created an interactive live audio sampling performance in dialogue with the visuals and site. Live projections transformed the entire north-facing façade of the Indiana Government Center. Re-contextualized poetic language and imagery shone over this 14-story limestone building with dancing colors, patterns and text. A meditative improvisation every night.

The artists’ goal was to create a dynamic audio and visual manifestation of light at a site along the canal waterway in a playful, powerful way. The audio included samples of interviews from the public, recorded on the Canal Walk with prompts related to peoples connection to water and the canal way. The visuals while being mapped to the building were created live in a mediation and connection to the energy of the soundtrack and the overall event, where hundreds of people passed along the Canal Walk from installation to installation.

The collaboration between Ryan and Veronica happened very fluidly. Conversations on the project prompted a meditation on peoples connection to water, drawing inspiration from Fela Kuti's - Water No Get Enemy which was included in the audio track of the project. From there the dialogue evolved to incorporate recorded interviews from people on the Canal Walk speaking on relationships to water. All of this was mixed into a multiple tracks with sound samples of natural sounds, inspired music, and unique mixes created by Veronica. This audio gave a back bone for the visuals to respond to and incorporate the rhythm into the animations.