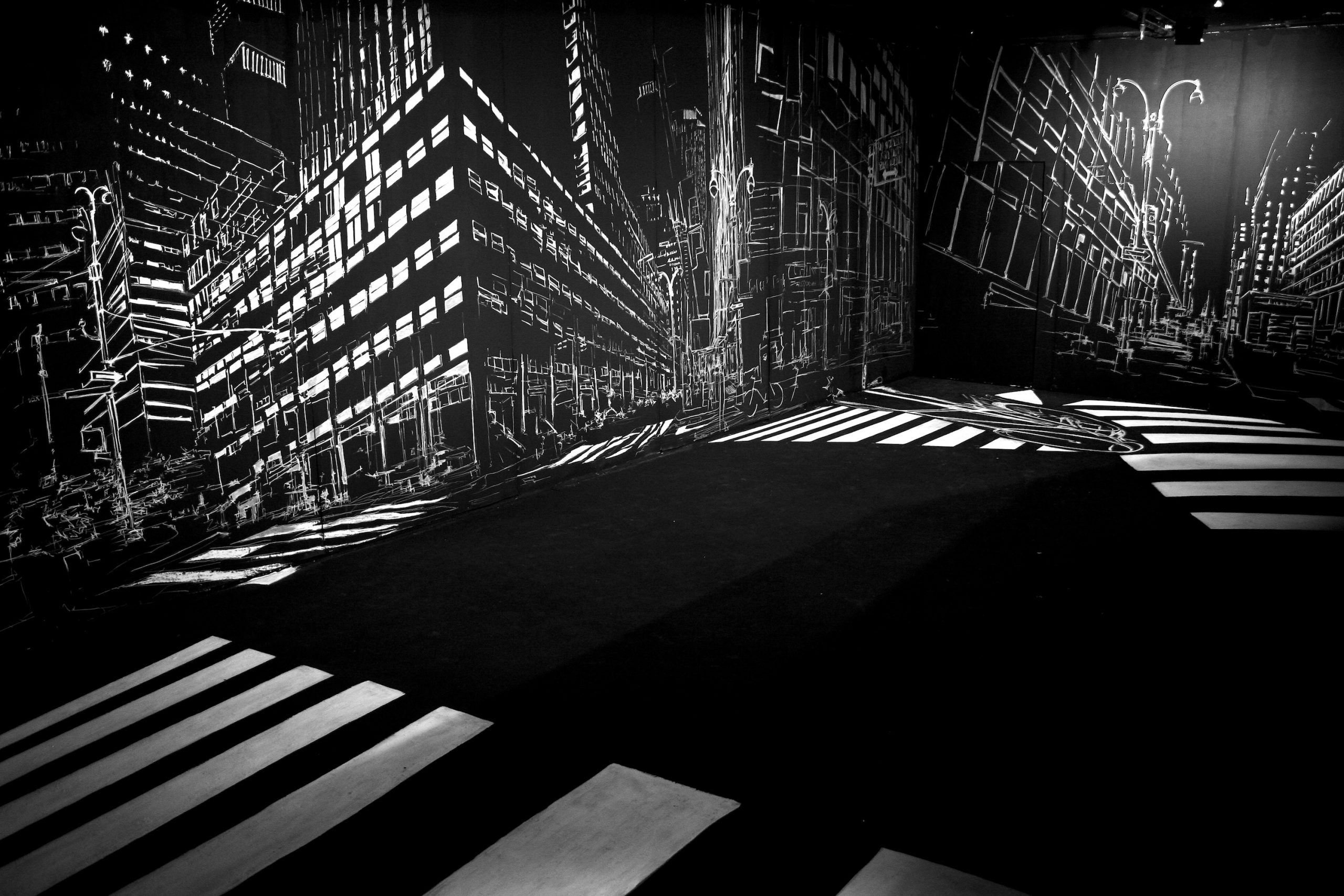 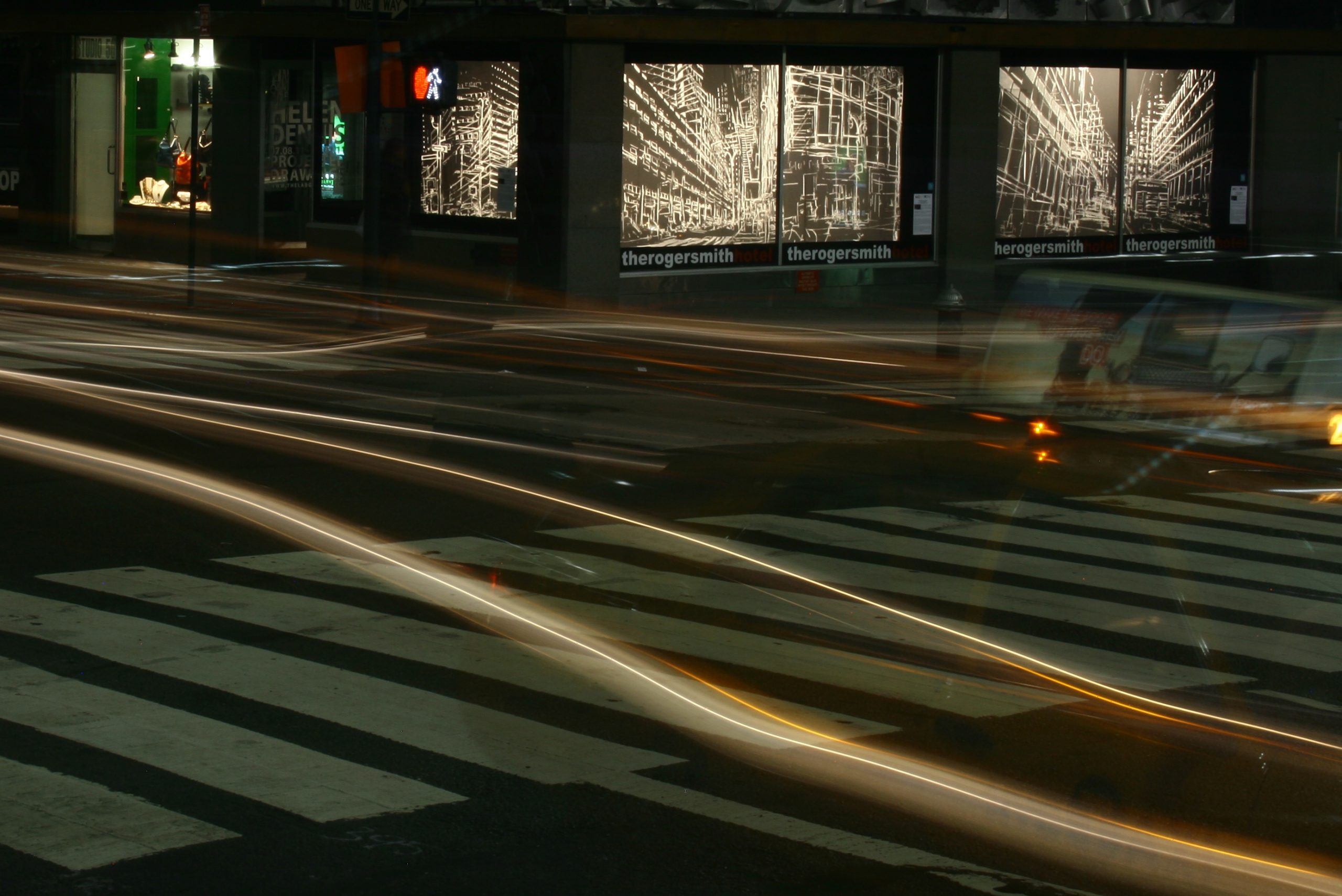 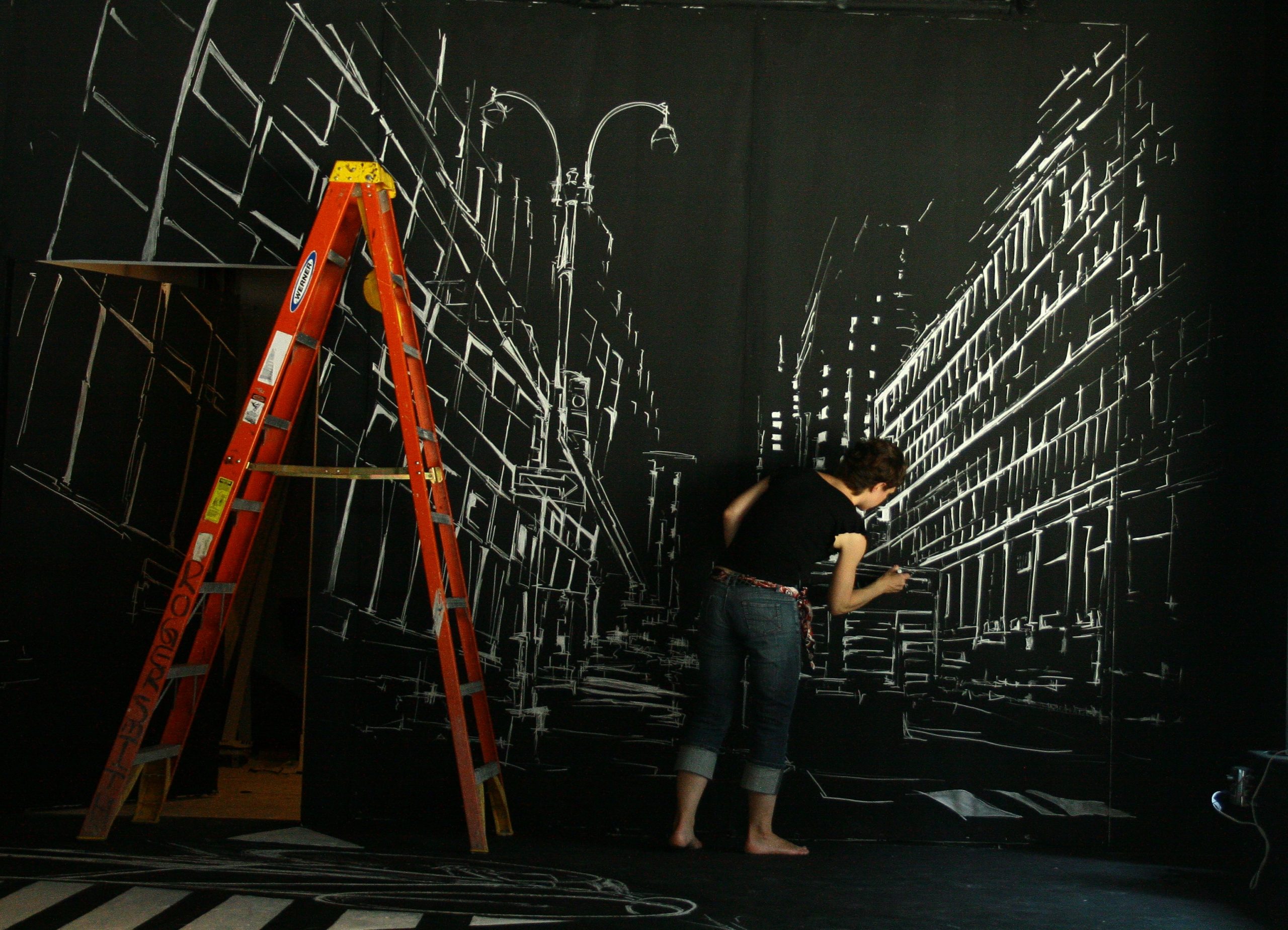 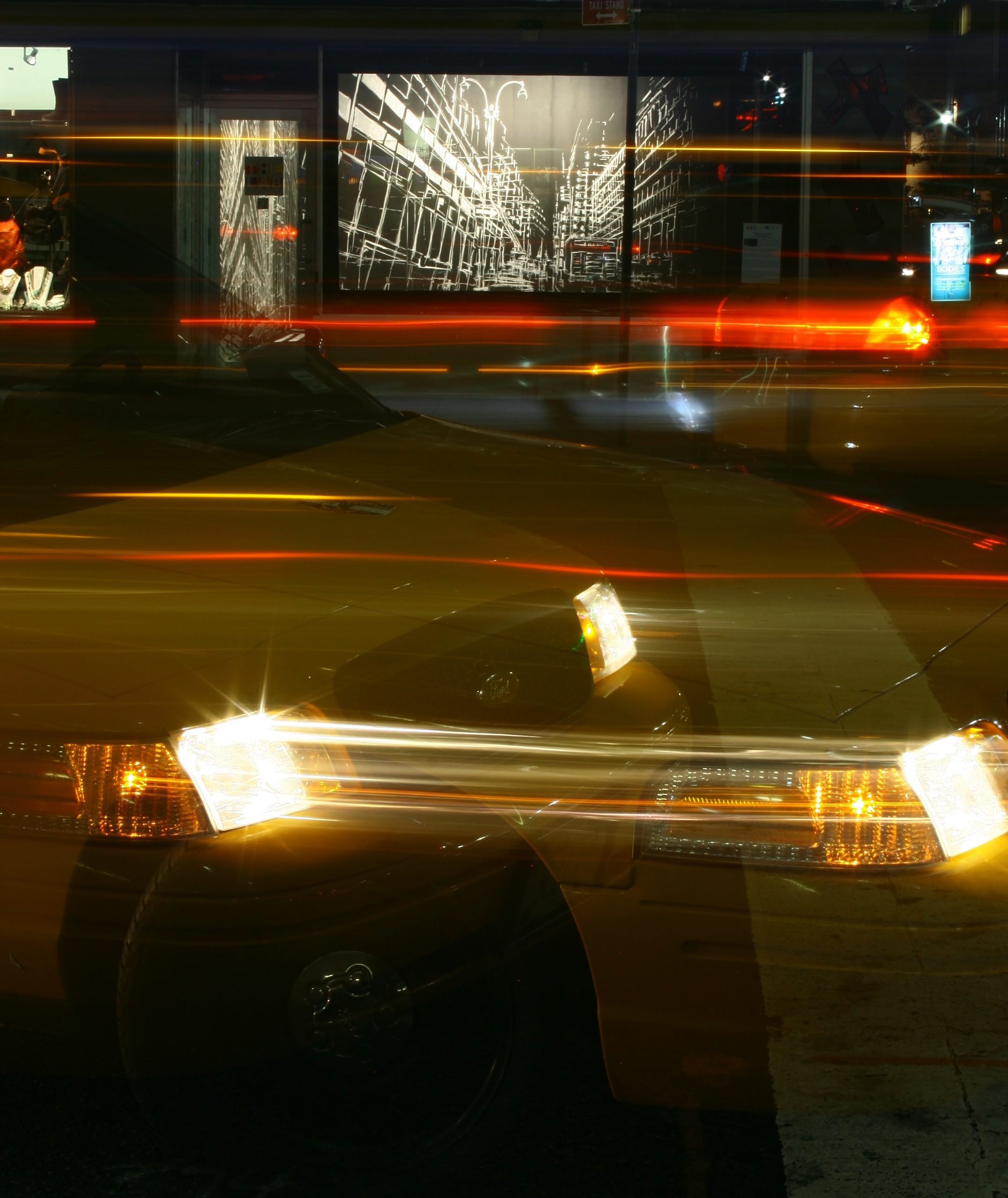 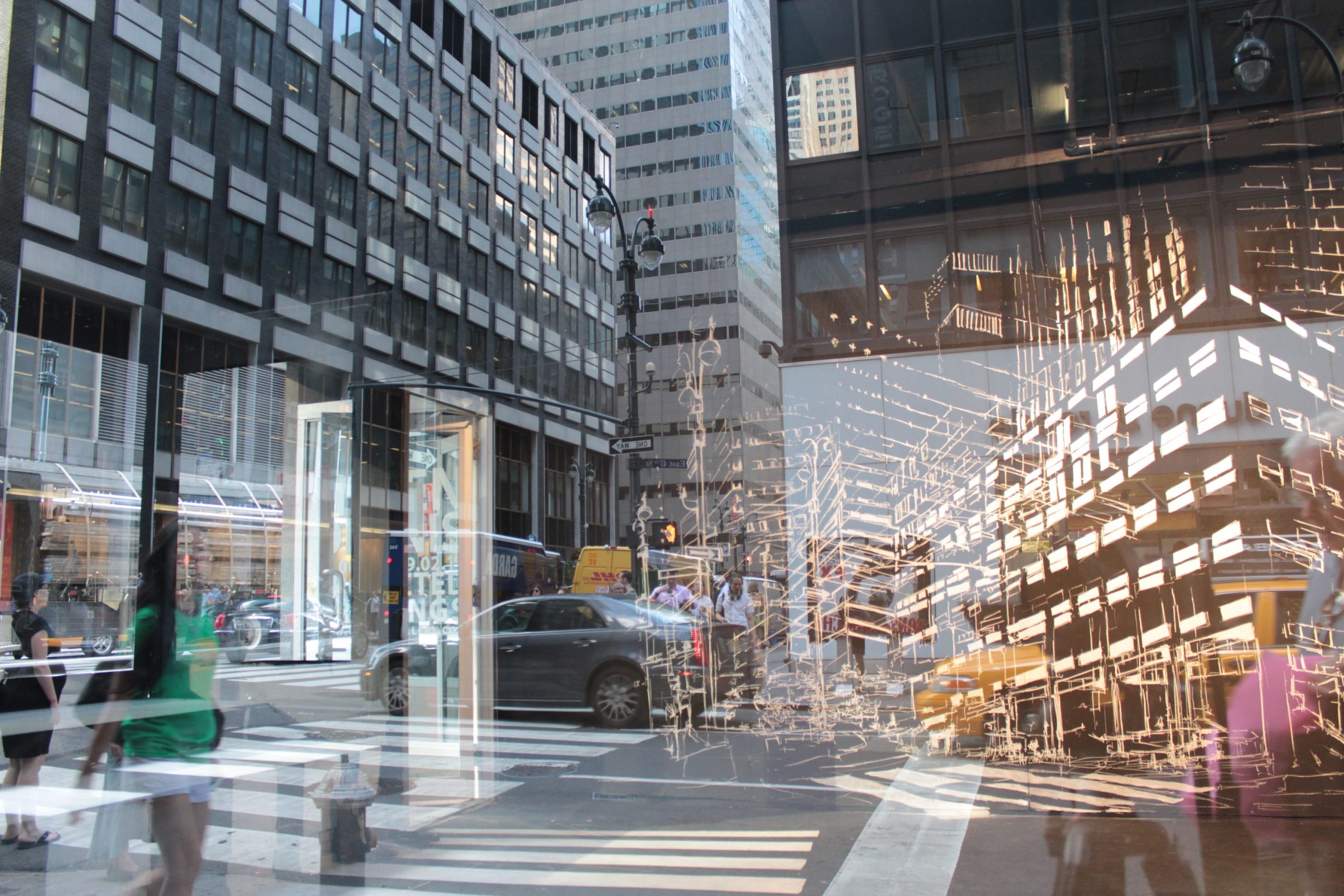 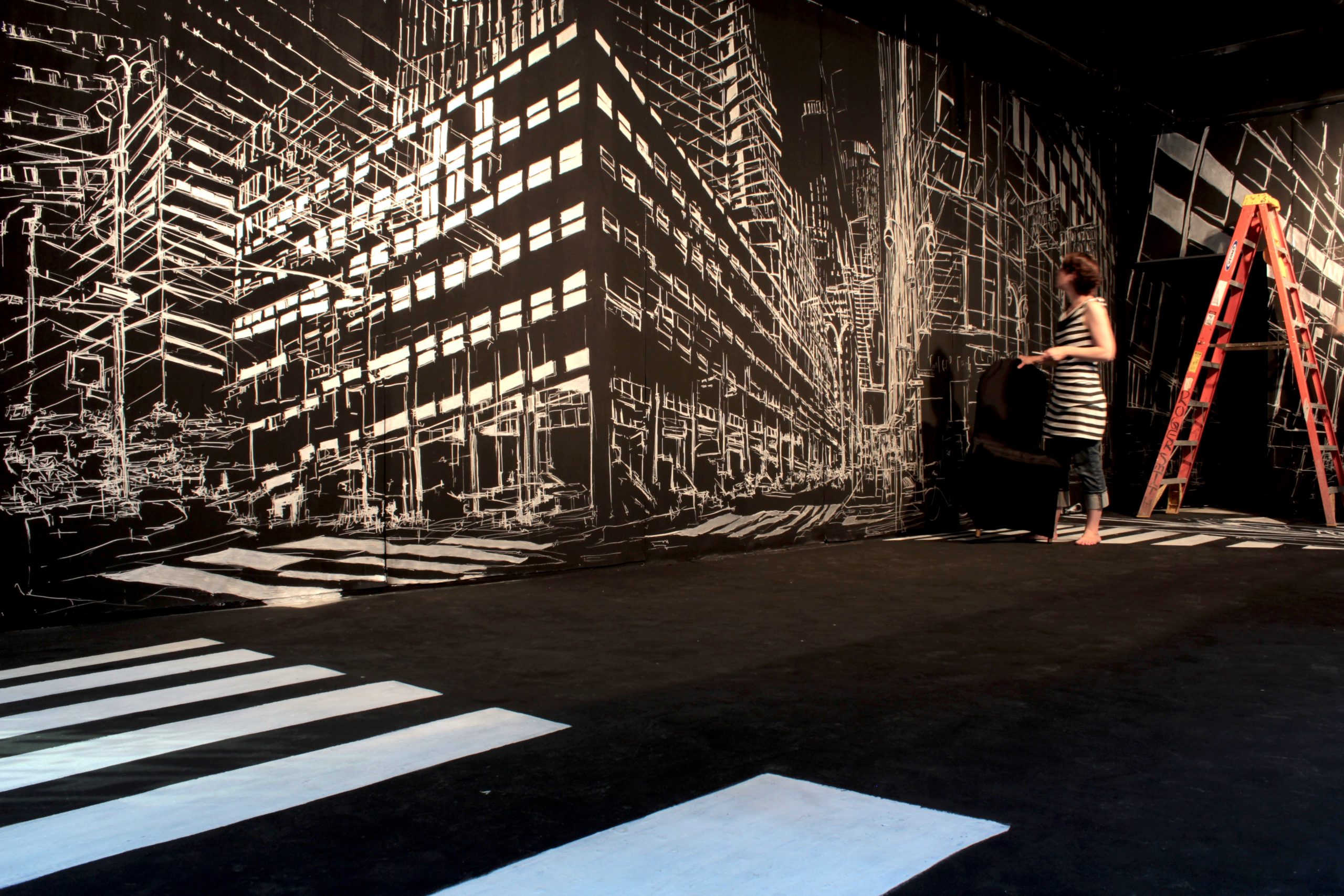 Client: The LAB Gallery: For Installation and Performing Art

Projected Drawings, was an installation that united the notions and essence of photography/light into a single large scale drawing. The space was a storefront turned fishbowl (30ft x 15ft x 10ft), which was viewed from the outside 24hrs a day located in NYC. The drawing was created with silver/iridescent pen on a black surface. The piece was a direct reflection of the neighboring buildings which could be seen from within the space.

The aim was to create a relationship between the art and the unsuspecting passerby whilst creating an awareness to one immediate surroundings. The nature of the installation space, as a fishbowl-like environment where the viewer looks in from the street opened up opportunities to interact with the audience differently. It was also important that the artwork was viewable during the night as well as the daytime. So the artwork worked two fold: By day the imagery worked with the reflection of the buildings on the glass, through which it was viewed, and by night the iridescent drawings were lit, viewable from a distance and enhanced by additional lighting from passing cars. The artwork was created over a period of time, and was drawn directly onto the walls and floor of the space. While the artwork was on view I would periodically add to it. Over the duration of the public installation the passersby would witness the artwork developing and grow.

The collaboration between myself and The LAB was very tight. After being approached to create a project for The LAB, I worked with the curator to understand the limitations of the space. I then created a proposal for ‘Projected Drawings’. Once the project started I was given 24hrs access to the space and the freedom to create the artwork over a period of 3 months. During which time the artwork morphed and took on many new personas echoing the city around it. The LAB were very supportive of the project especially in the documentation of the artwork through video interviews and photography.