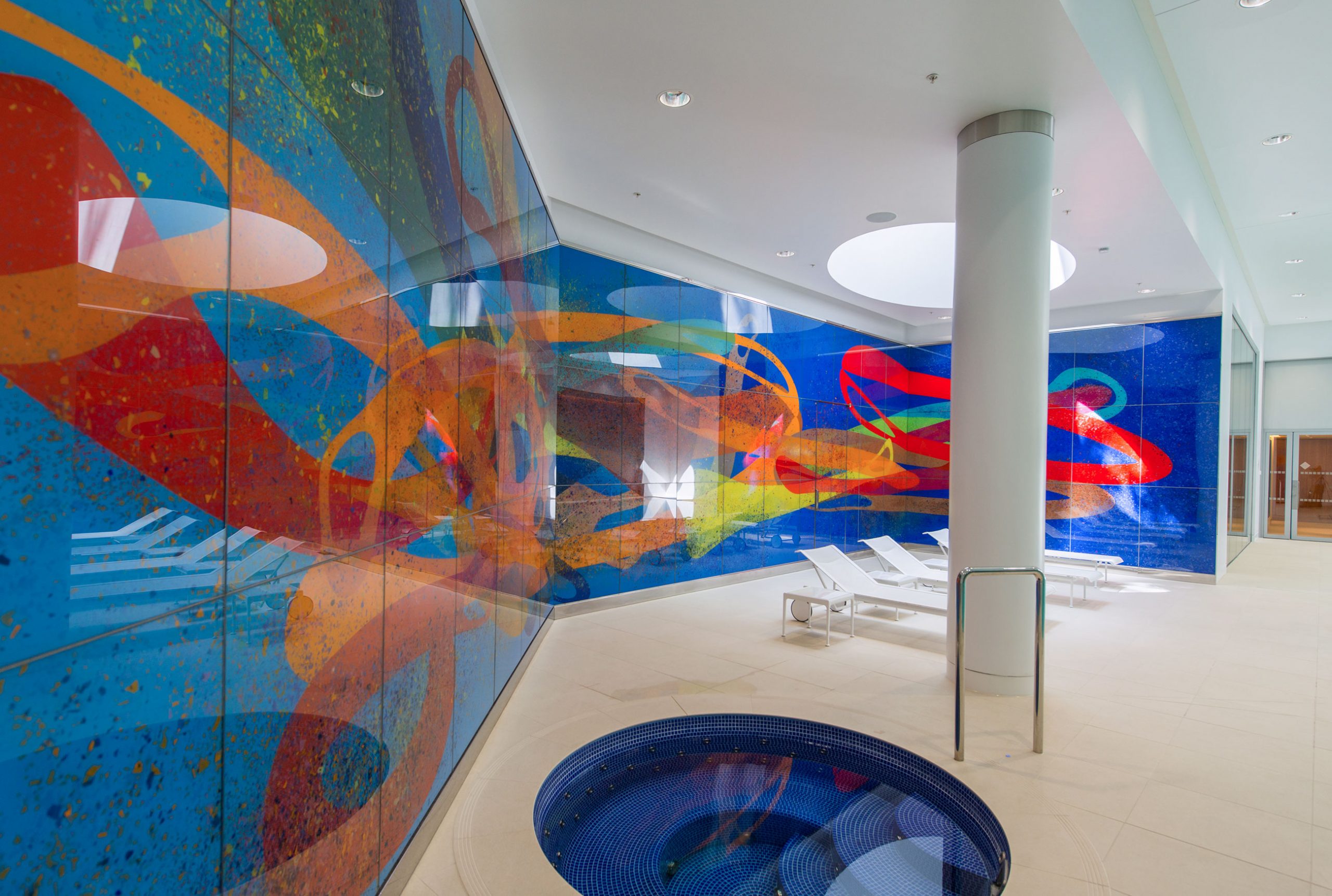 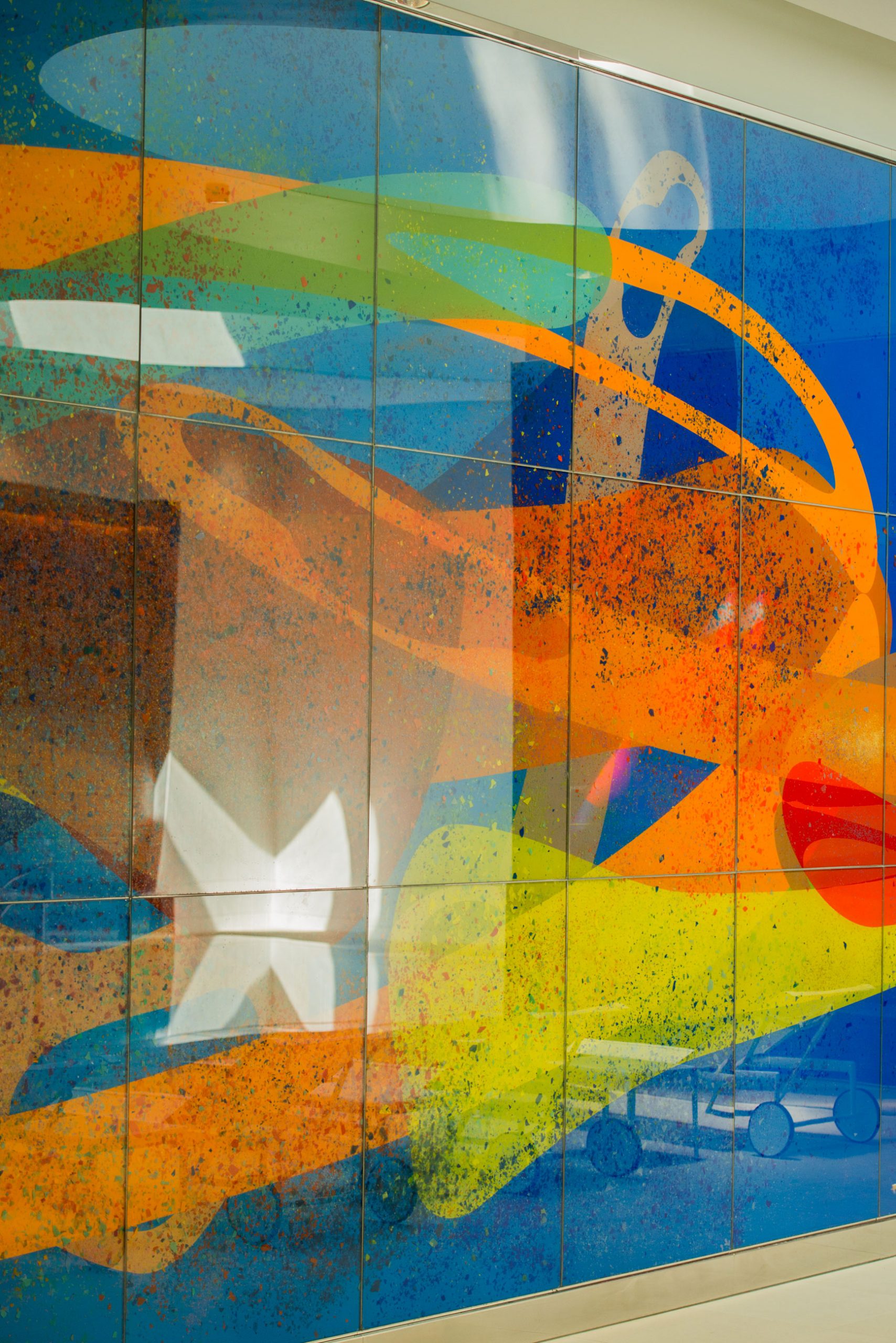 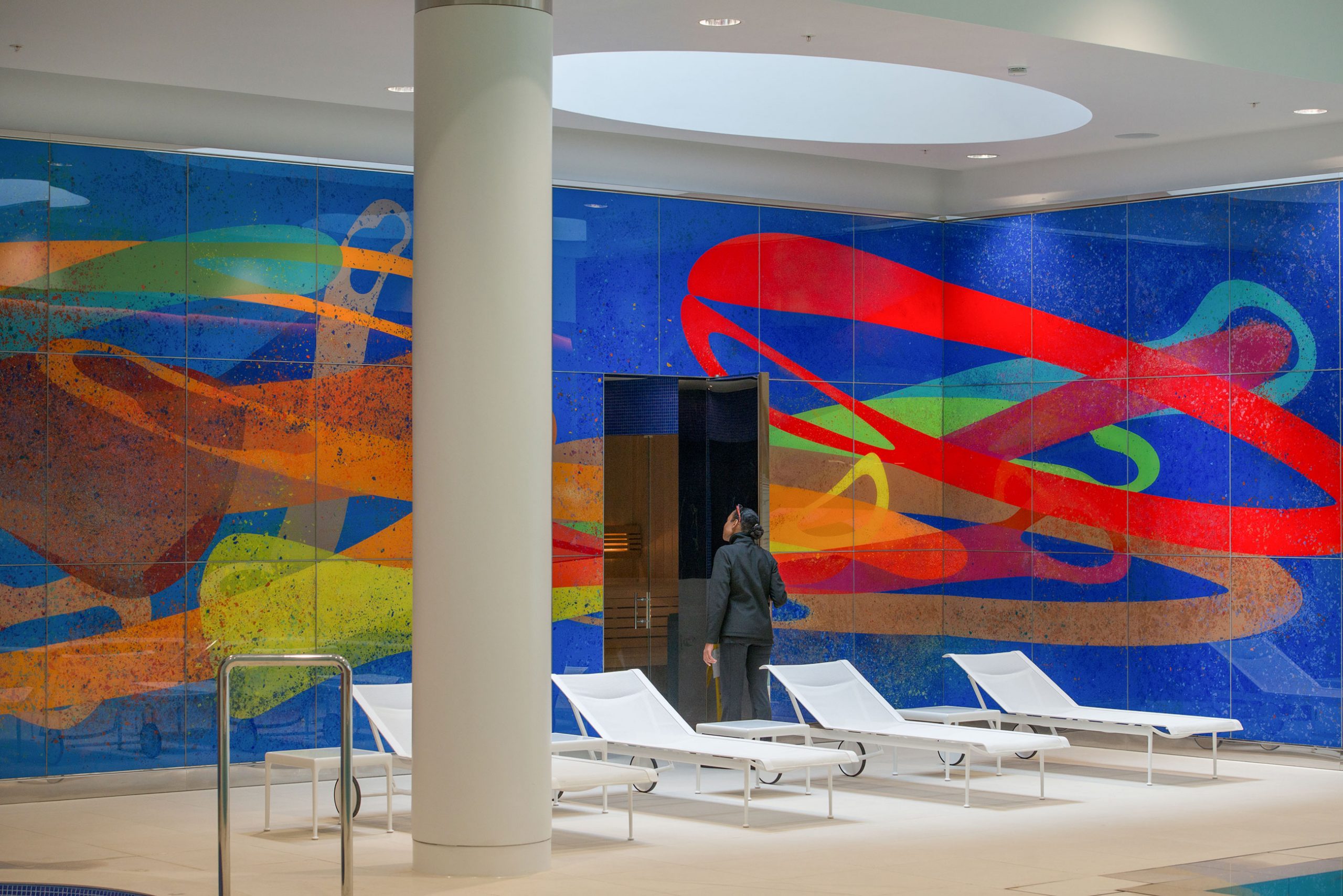 ‘Flow’ an abstract work that refers to nature for form and colour was commissioned for the swimming pool, spa and relaxation area of newly built apartment blocks situated in Kensington, London, UK. The work was the result of a collaboration between artist, architect and developer. Consisting of three adjacent walls with a central door the work is 18.5 metres overall in length and 3. 5 metres in height. Subdivided into 63 panels, each is a composite of clear and back painted glass encapsulating mouth blown glass flakes. Stainless steel framing and structural supports were specially commissioned.

As an architectural intervention the work strikes a balance in its visual interplay between energy and repose. In its siting the wall is expansive at close quarter and from the passage way on the opposite side of the pool is a visual marker within its underground setting.
Central to the work was the desire to capitalise on the intrinsic and particular qualities of the material of glass in this configuration - the qualities are transparency and reflectivity. The former allows for readings through the front surface; the implied spacial interplay of colour and shape, encapsulated within. The latter allowing for completely new readings of the work by adding elements of chance and surprise. When the eye focusses on the wall’s reflective surface what is seen is the interplay between it and of its own reflection. Dramatic and transitory moments for the piece happen when weather, time and season allow for disks of natural light to be projected onto the wall through oculi in the ceiling. These fleeting moments are an essential aspect of the work.

The work was undertaken in my studio and it was a rare opportunity for a work of such a scale, for me to not only to design but fabricate the piece myself.