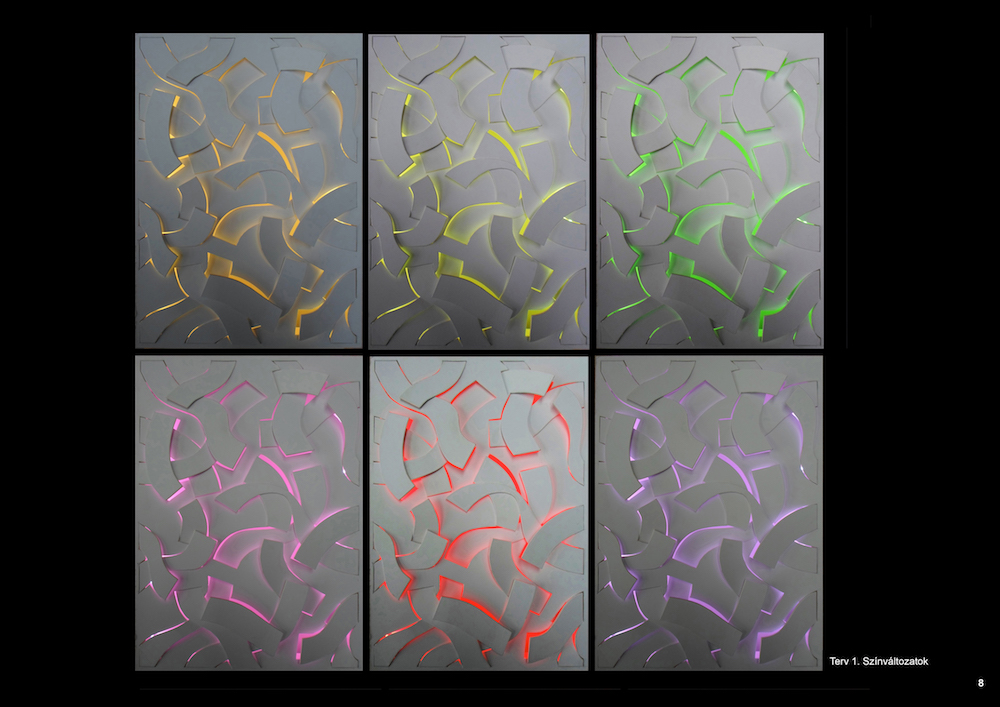 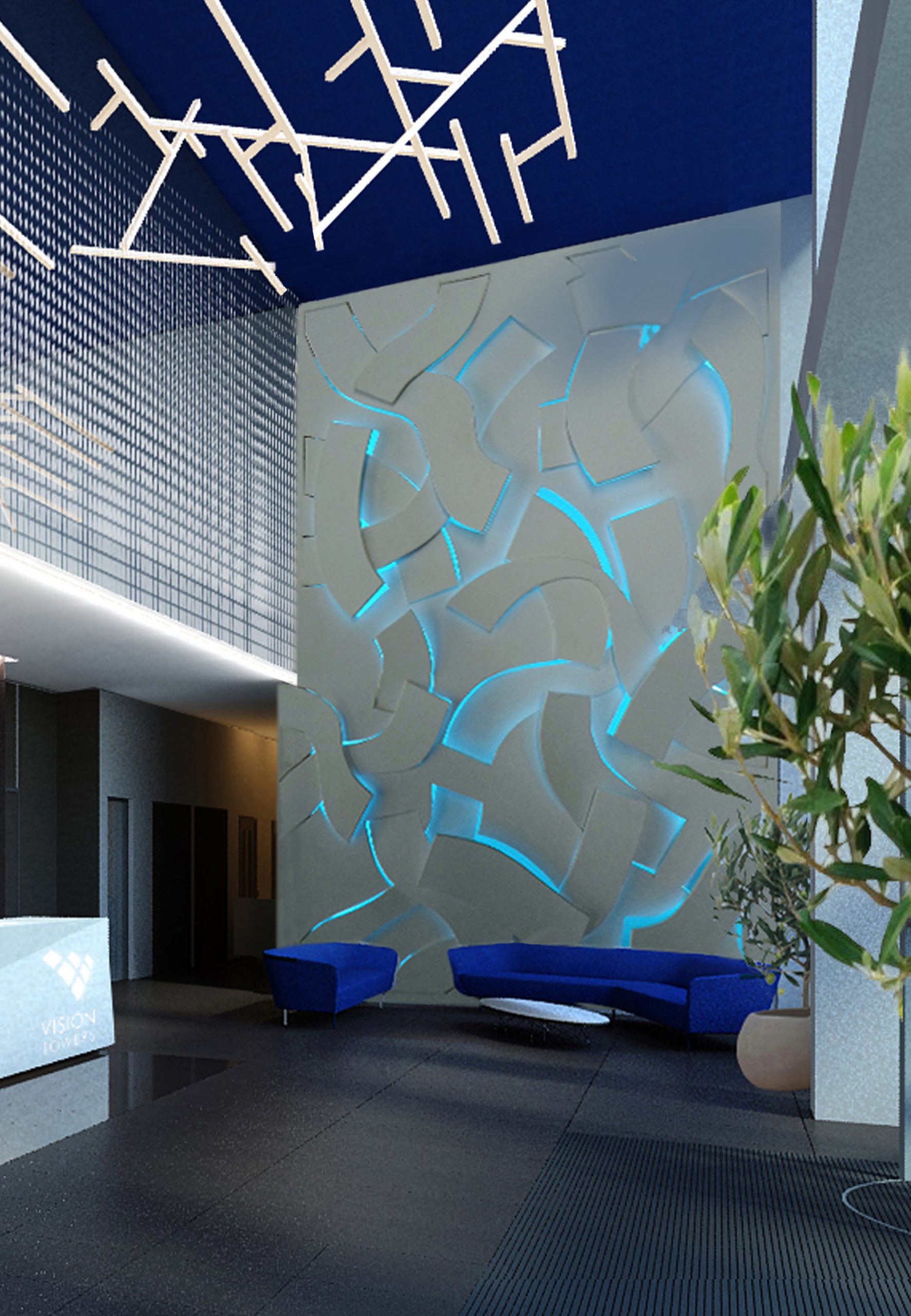 The aim of the competition:
– The work must become an integral part of the building, and it should complement the inner structures and ease the tension of the space.
-The wall available for the work is of size 5,55m x7,70m.
– Preferred geometrical objects include amorph and curved forms.
– The material of the work can be chosen freely but with consideration to durability and easy cleaning.
– The work must not deteriorate the accoustics but improve it.
– Vivid colours should not be used as the elegance and style of the space must remain.

Planning
I had given priority to the above mentioned considerations and the budget available for the implementation. I elaborated a design that fitted into the building’s architecture and that was to be an integral part of the interior not simply a work of art. I wanted to indicate the activity taking place in the building, namely that concerning tax, economy and accounting even if this was not named as a requirement. Activities that intertwine our common days, be them pleasing or unpleasant.
I tried to visualize the above basic thought. As one of the requirements were the easing of the tension within the building I applied curved forms satisfying this demand and also the basic thought. The curved forms leave the plane surface and intersect, traverse each other at times, sometimes appearing out of nowhere, become intermittent, enter from the positive dimension into the negative.
The tension of the space is further eased by programmable light (LED) from behind the curved forms. The indirect light is reflected from the wall behind the forms and this effect also yields a positive feeling, atmosphere.

The jury accepted my proposal and recommended it for implementation. The work was accomplished on 1st of August 2014.