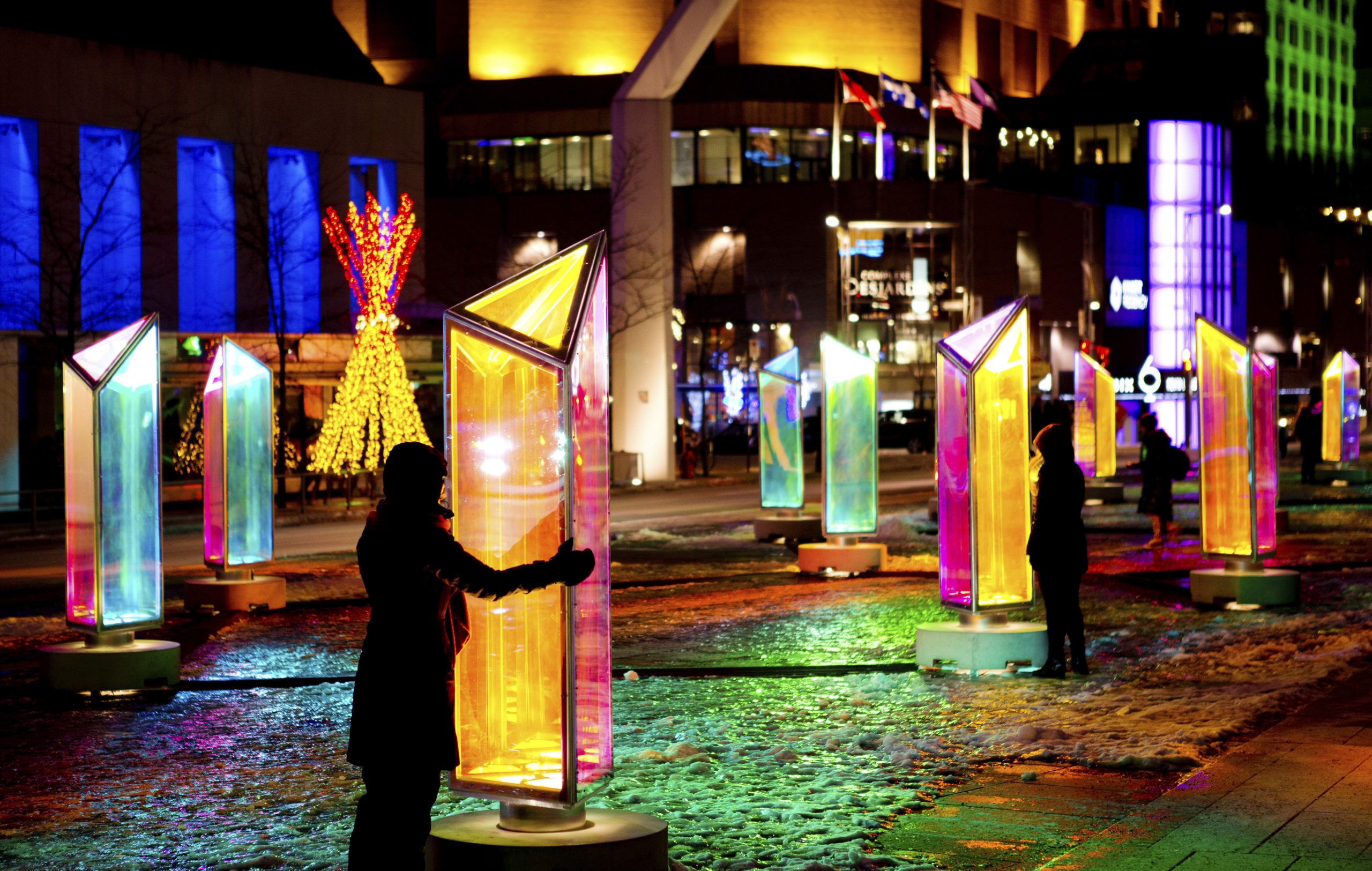 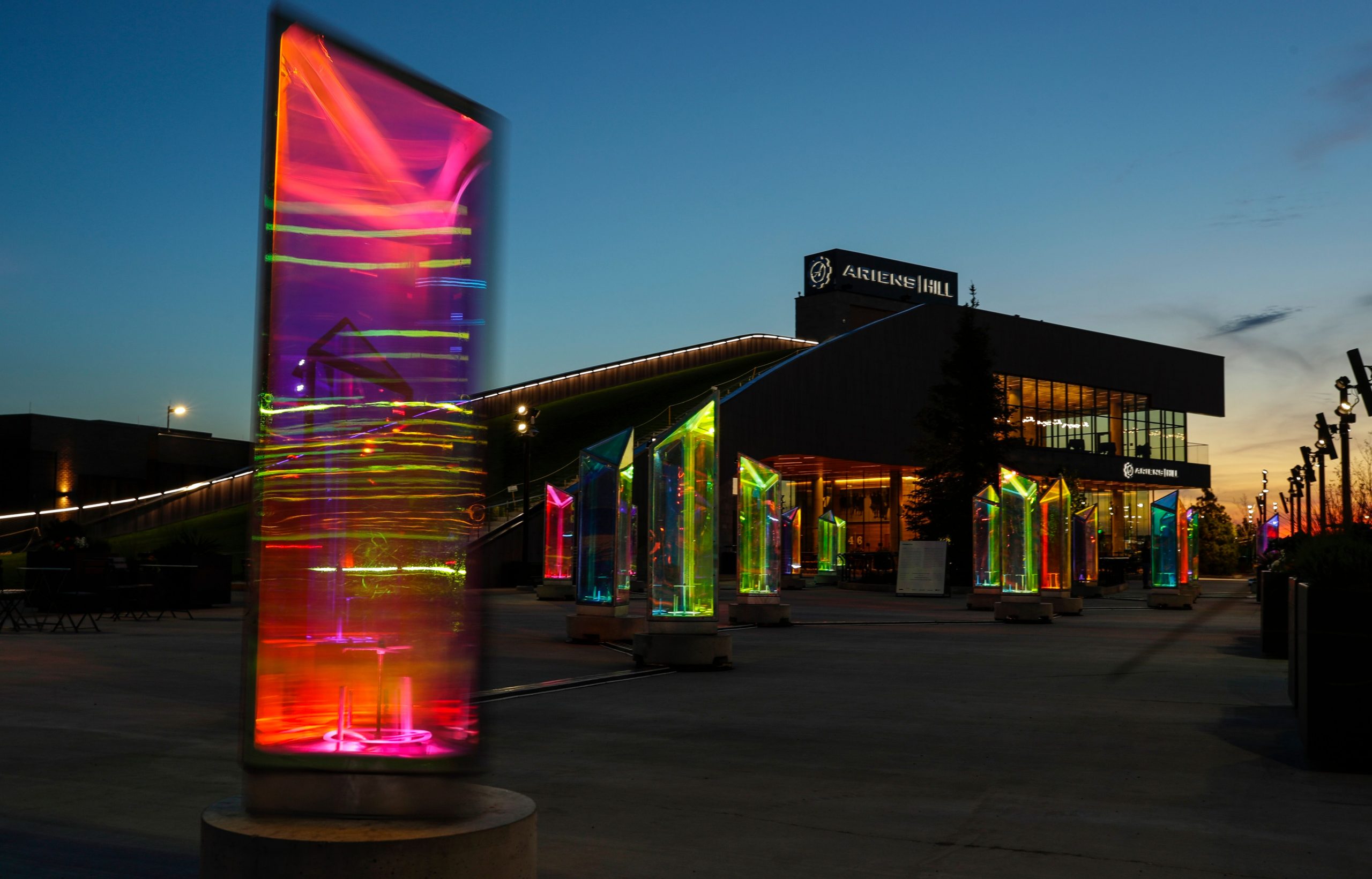 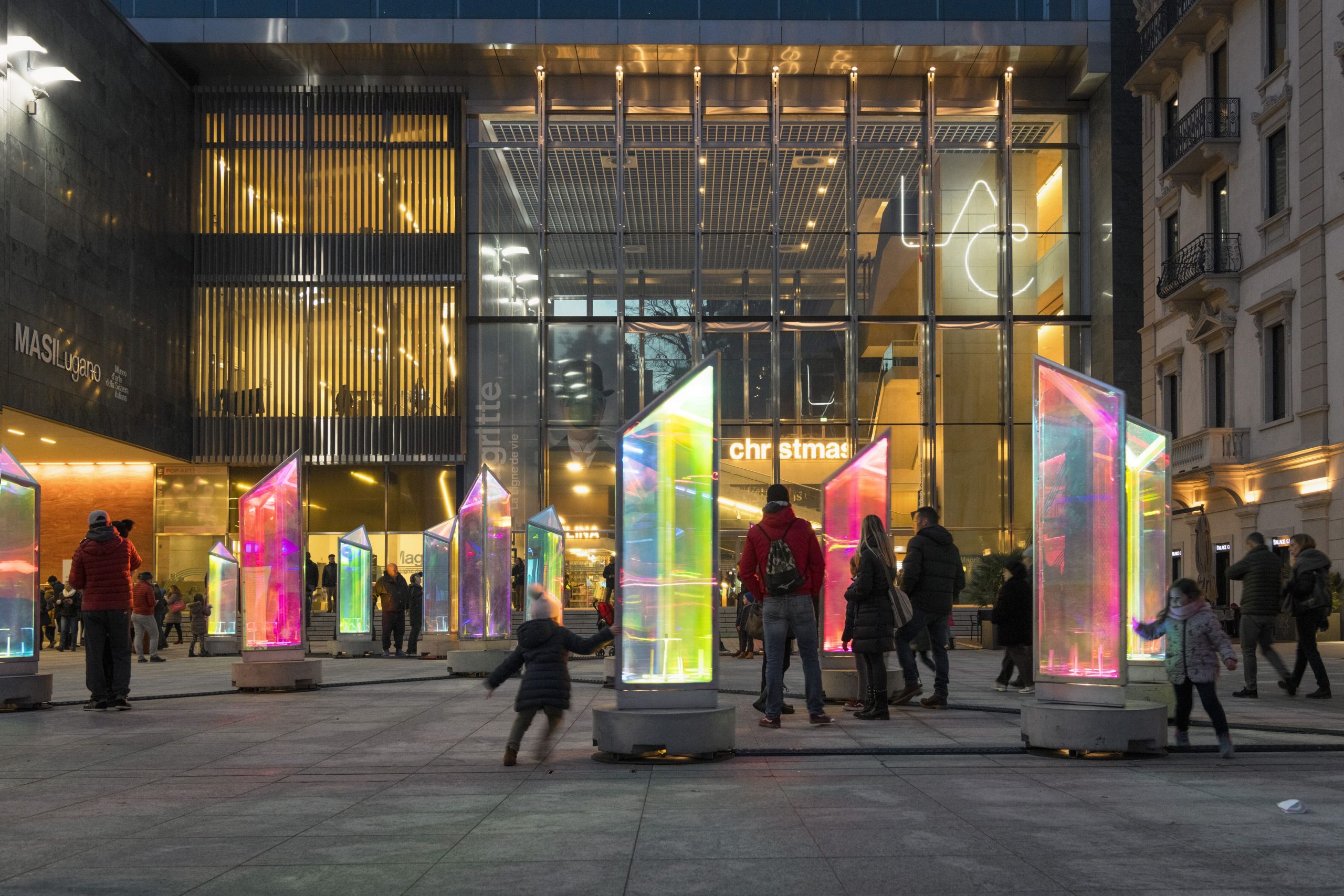 This participatory installation, comprising 50 colourful pivoting prisms more than two metres tall, the Place des Festivals became a giant kaleidoscope. Each prism was made of panels laminated with a dichronic film that transmitted and reflected every colour in the visible spectrum, varying with the position of the light source and the observer. The prisms were mounted on bases containing projectors. As people wandered among and manipulated the prisms, they enjoyed an infinite interplay of lights and colourful reflections. As the prisms rotated, a variable-intensity soundtrack of bell sounds played.

The Quartier des Spectacles Partnership is mandated to help maintain this strategic district’s liveliness year round by hosting activities in the Quartier’s public spaces. These productions are intended to complement the cultural offerings presented by the Partnership’s members and the area’s performance venues. The Luminothérapie event is a major component of the Quartier’s free outdoor programming. It is an extension of the thinking behind the Quartier’s Luminous Pathway, the Quartier’s visual signature, in the form of twin rows of red dots projected on the ground to identify venues, along with architectural lighting and artistic video projections on several building façades. Presented in the heart of Quebec’s winter, Luminothérapie offers interactive and immersive experiences combining design, and digital art. Launched in 2010, Luminothérapie goals are to give Montrealers and visitors an original winter experience in the Quartier, and to promote Montreal as a city of design, and to stimulate creativity in the disciplines of urban installations and digital art. Luminothérapie is Quebec's largest competition for temporary public art installations.