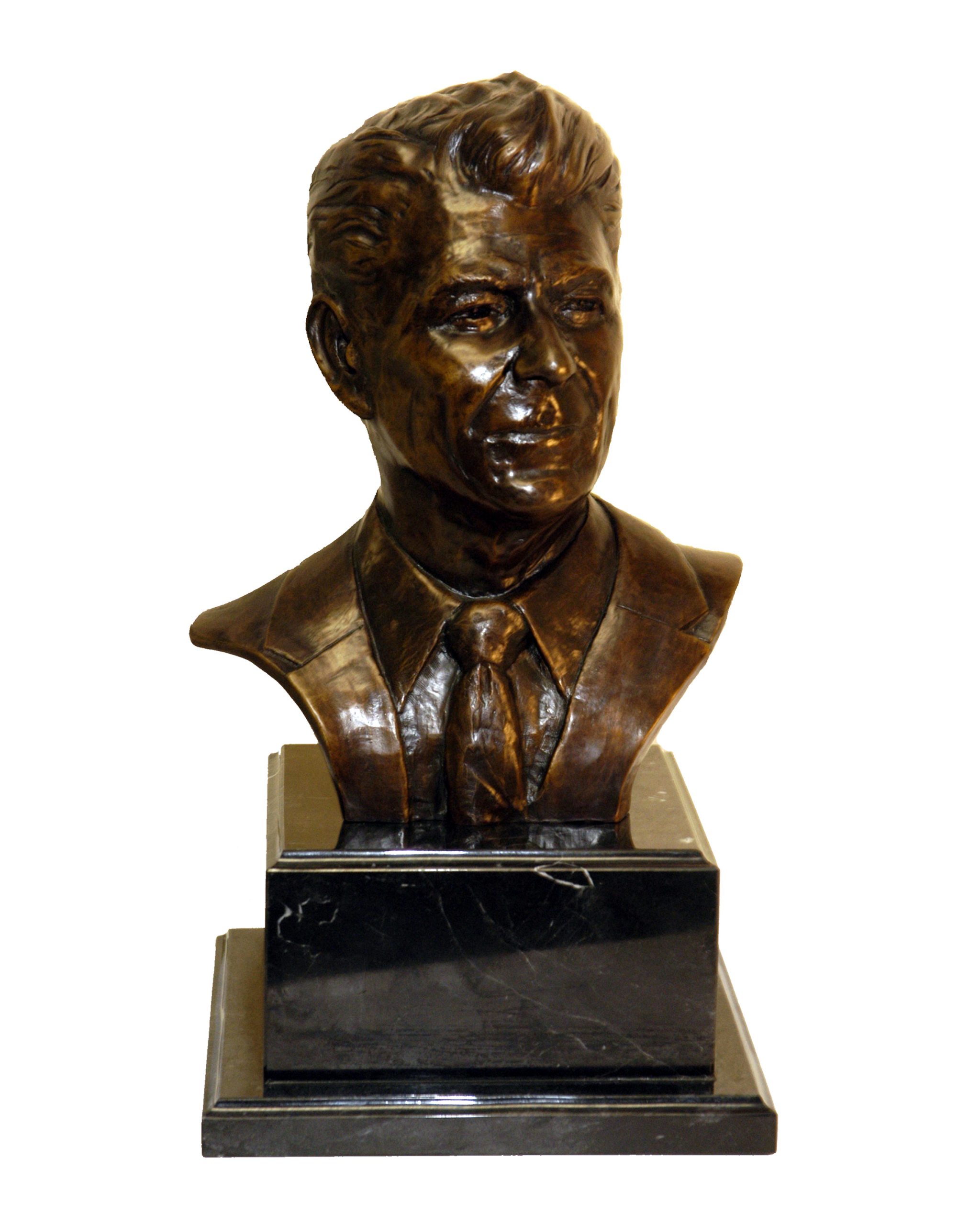 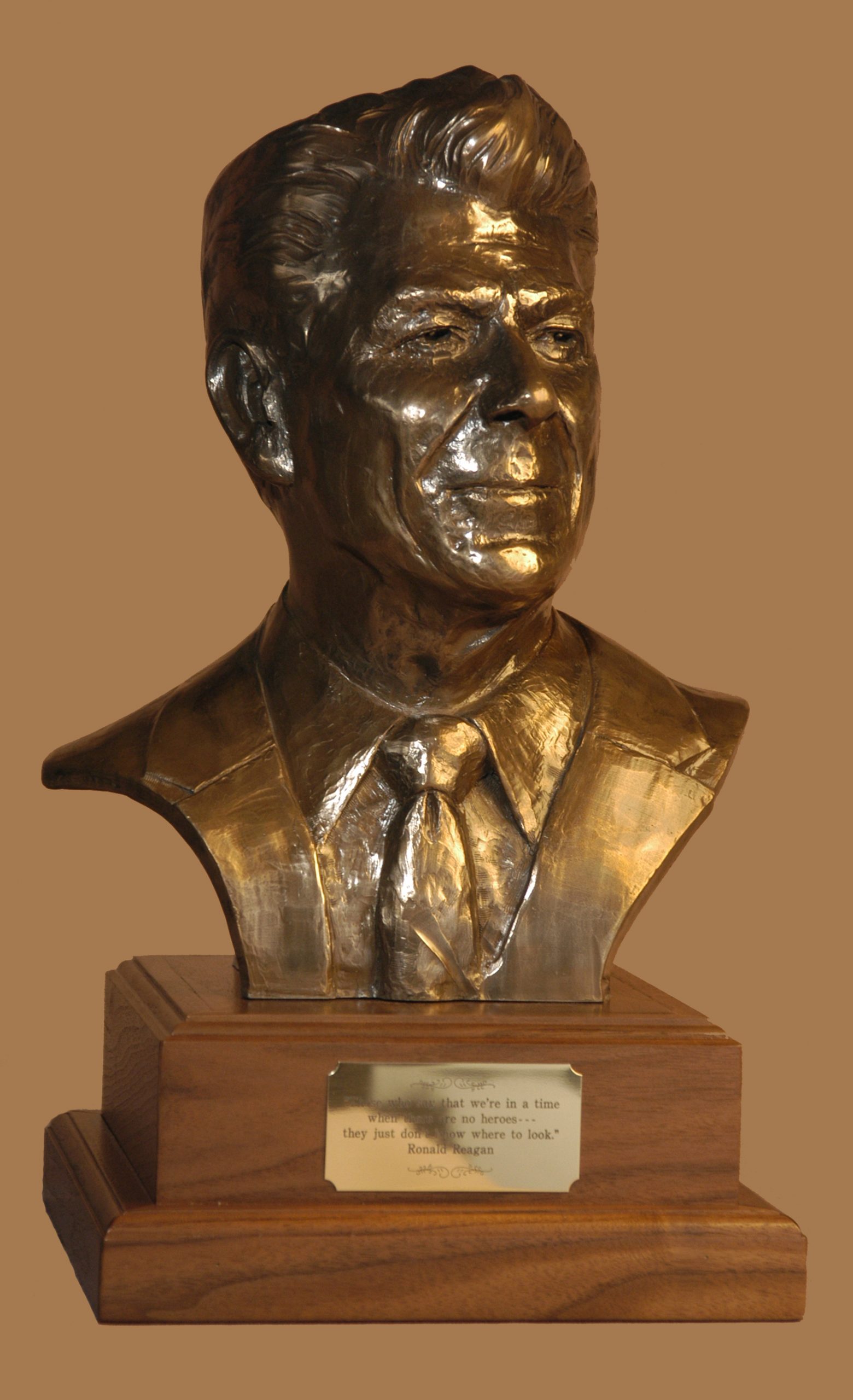 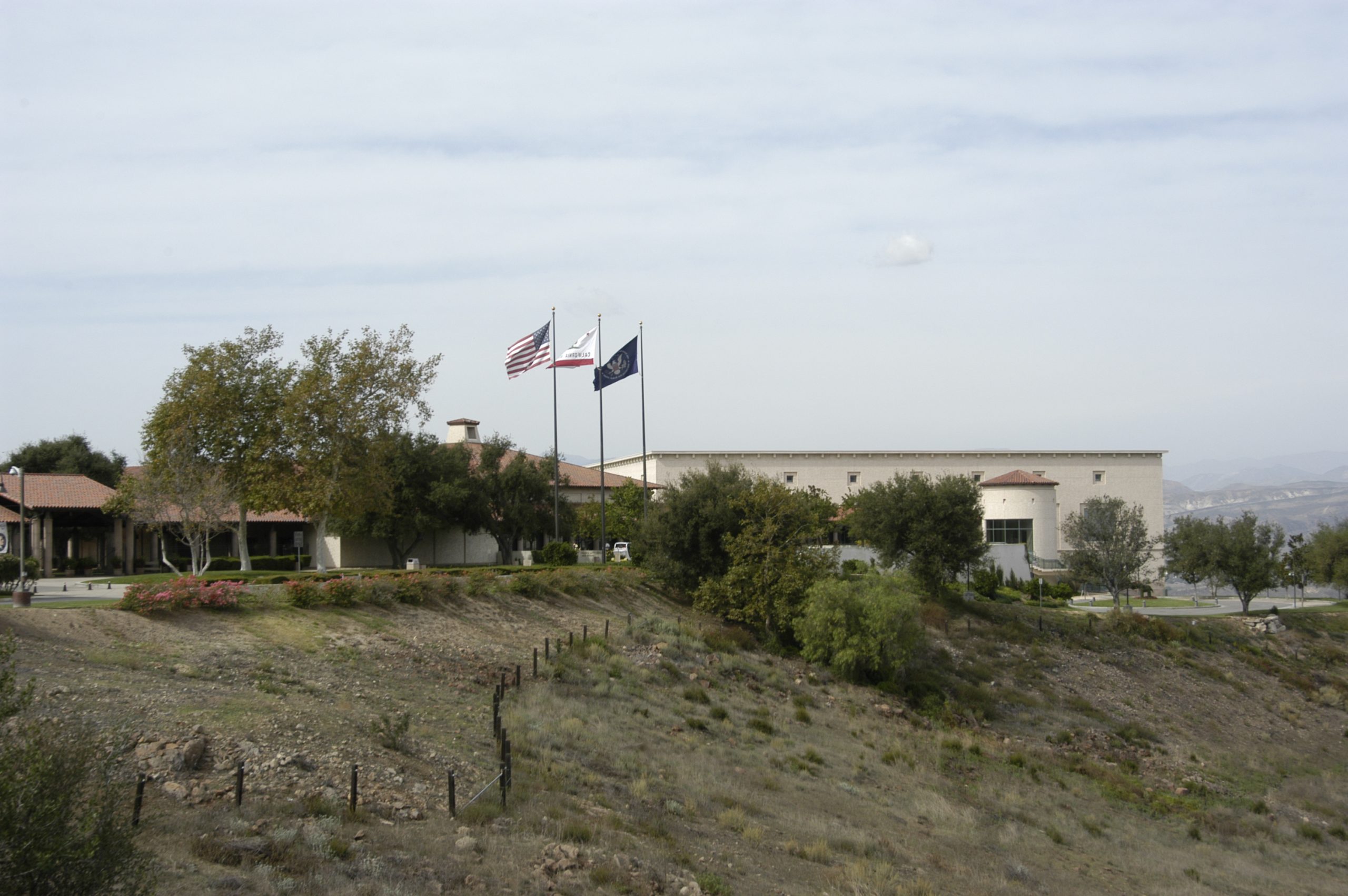 13 ½” x 11″ x 8″ bronze sculpture on granite base. This project was a commission from the Orange County Republican Party to have 200 bronze busts made of the former President Ronald Reagan. I completed this sculptures in June 2006 where the Artist Proof was later received into the Reagan Presidential Library and Museum.

The goals of this commission were to have a gift for supporters within the Republican Party. Many notables have received this sculpture or have purchased it as a support for the Republican Party values and direction as seen in the former President Ronald Reagan.

Much of the time during the collaboration was involving the pose and likeness of the President. Once the pose was decided upon, the likeness was honed in until the sculpture was approved.