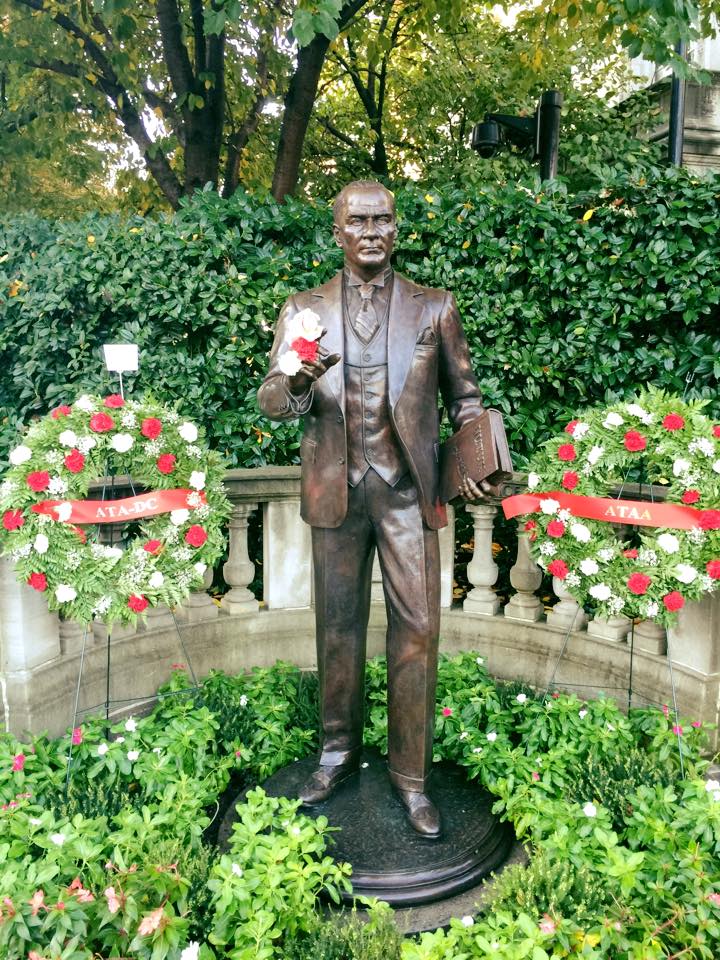 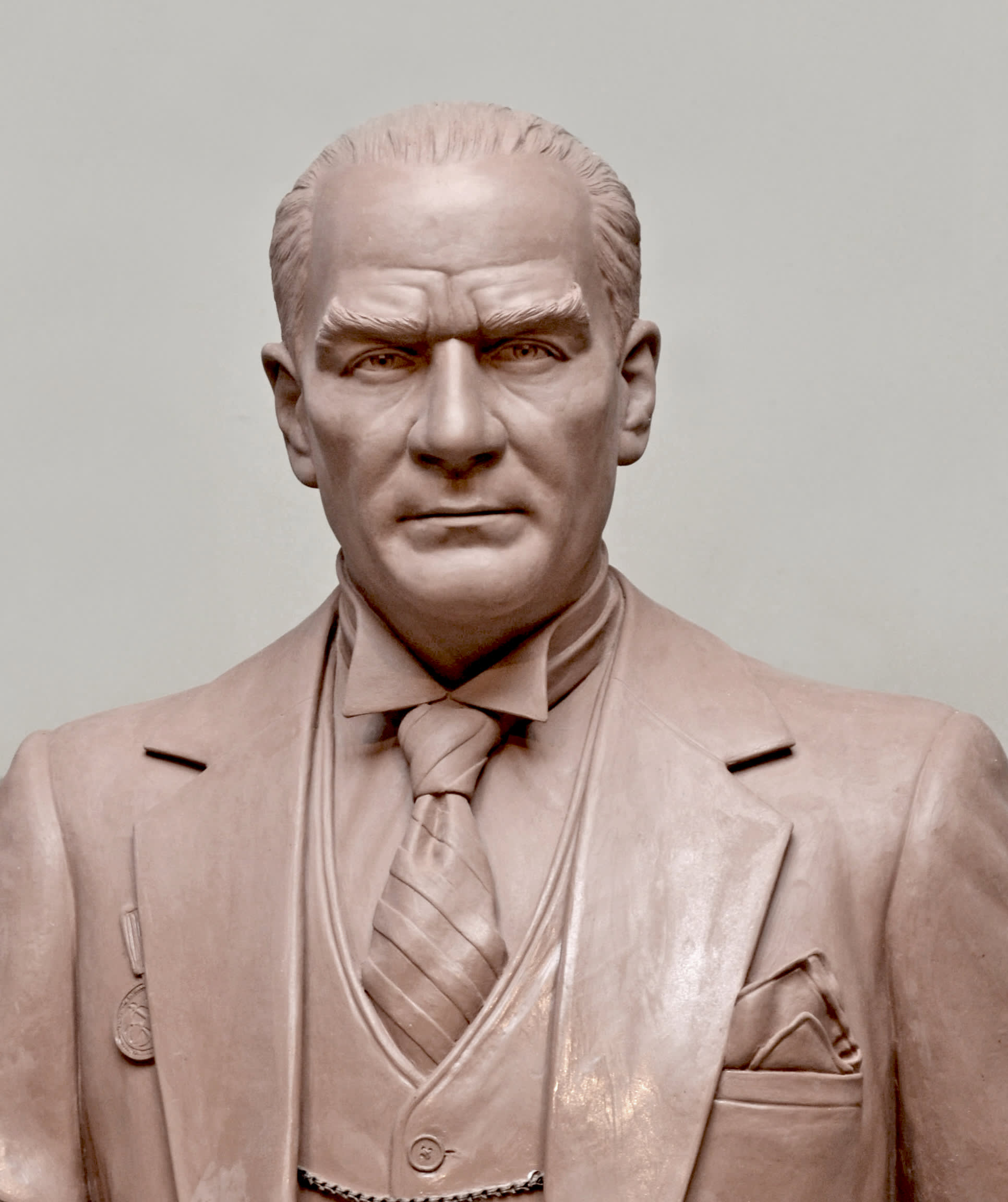 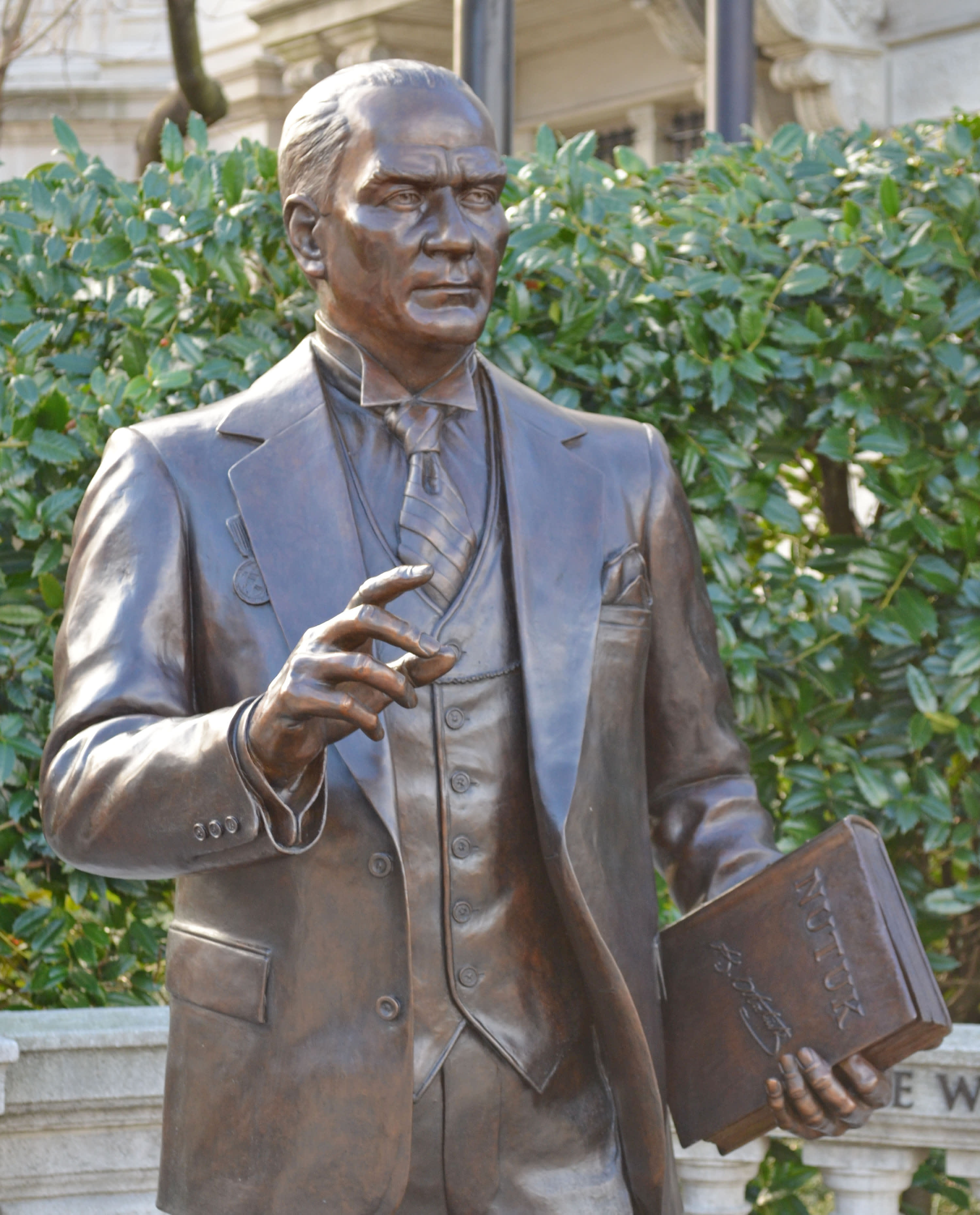 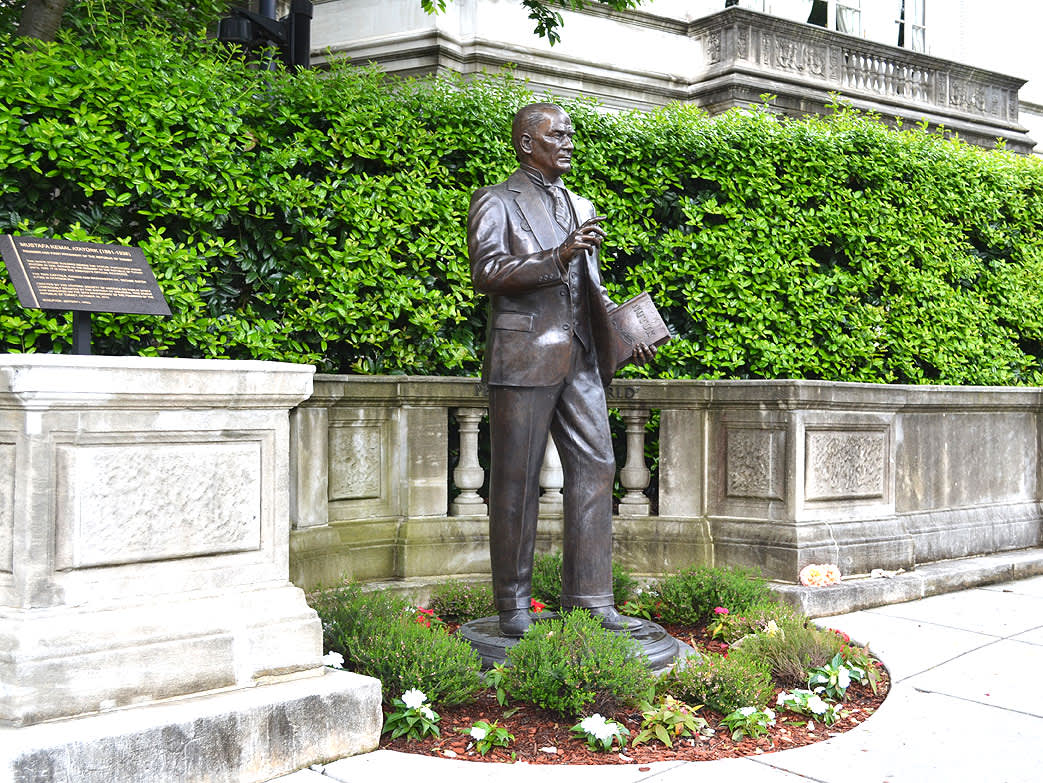 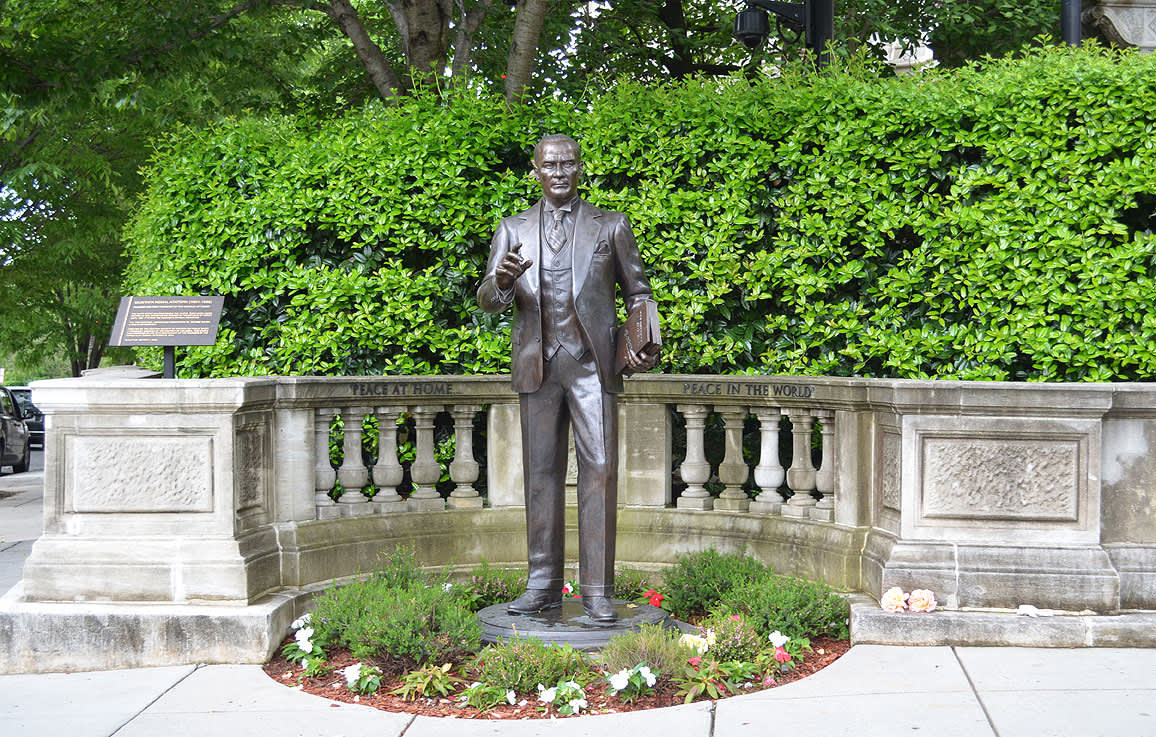 .A bronze statue situated at street level creating an intimate setting in a niche along the balustrade wall in front of the Turkish Embassy Residence where the Turkish flag pole stood. The commission was to create the definitive statue of President Kemal Ataturk. Considered the father of modern Turkey and make the statue accessible to the people at ground level. Dimensions are 7’ H x 34” W x 34”D

The creation of a realistic portrait of Turkeys first President and capturing him in a moment of time. For Turks, images of Atatürk are embedded deep in their marrow. They have all spent their lives communing with images of Atatürk. There are thousands of statues of President Ataturk around the world. He has been depicted in many styles but the commissioning body, “The Ataturk Society of America” wanted an American sculptor to bring new life to the portrayal of Ataturk, creating the definitive statue. Jeff Hall was chosen from a competition for his model design and realistic approach, depicting him as a thoroughly modern man, determined and exuding the legendary confidence that had defined him in life.

The committee came to realize quickly that Jeff was always open to suggestions, and always willing to make changes, no matter how drastic. A few of the members made at least a dozen visits to Jeff’s studio in rural Virginia to oversee the work in progress and to offer new suggestions. Jeff immersed himself in hundreds of photos, and even old films that captured his subject’s demeanor. Due to the time restraints, the finished statue had to be produced in record time. The collaboration between the President of the Atatuk society of America, Bulent Ataly a writer/artist and scientist, Architect Nuray Anahtar, Laran bronze foundry and the sculptor Jeff Hall needed to go smoothly so communication was imperative. Using modern enlarging techniques helped speed up the process. It took coordination and team work to get the sculpture finished in 6 months from conception to installation. The rush was due to the on going turbulence and unrest in Turkey at the time. The ambassador was in his final months in office and the statue was successfully dedicated during his administration. Dedication was a quiet affair due to the threat of protest.