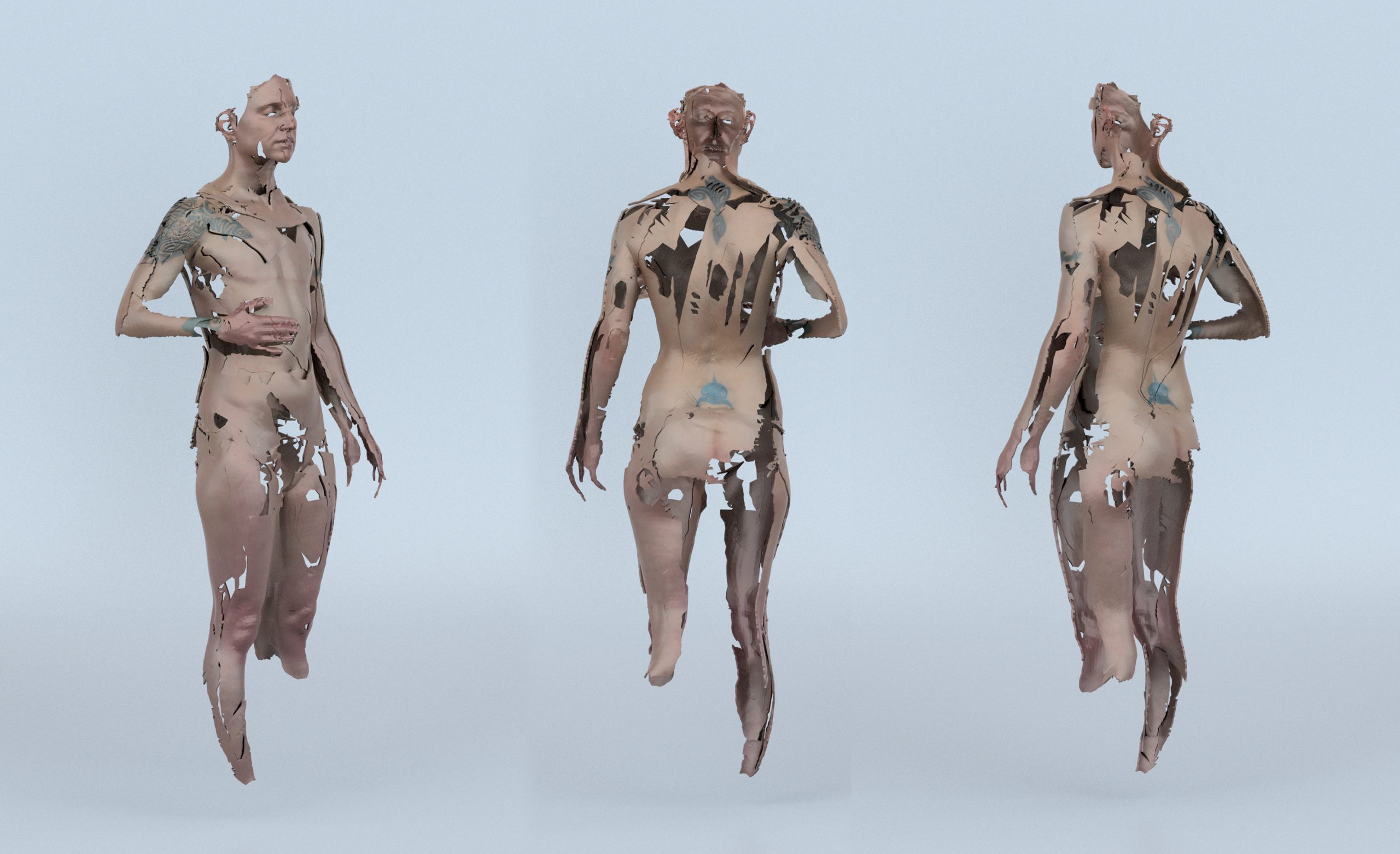 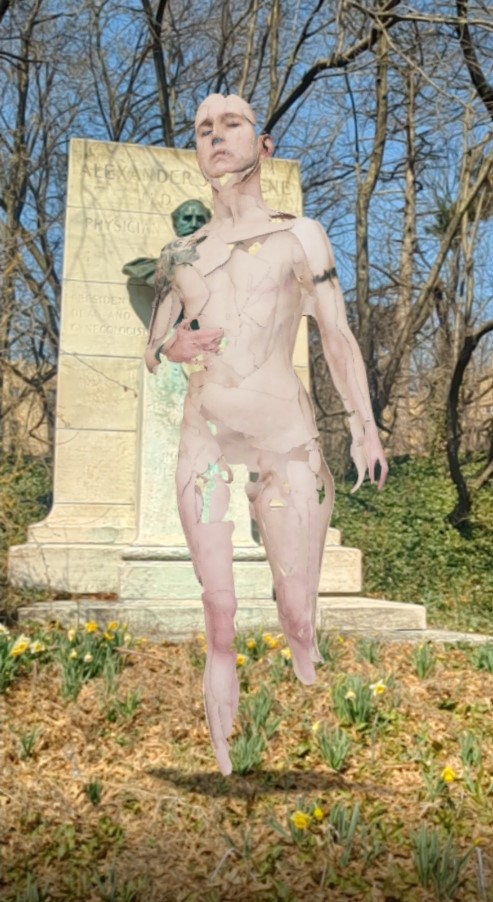 Portrait of t. is a 3D scanned portrait, presented as an augmented reality sculpture. This work was geolocated at Grand Army Plaza in Brooklyn, superimposed over a bust of Dr. Alexander Skene, as part of the citywide AR exhibition #MakeUsVisible, curated by Katie Peyton-Hofstadter with XR Ensemble and Pollinate.

All my artworks begin with a 3D laser scan of a live model. This scanner was never designed to capture the human body in motion–when confronted with a moving form, the machine receives conflicting spatial coordinates and generates incomplete images – a kind of 3D motion blur. I use this damaged data to create 3D printed sculptures, prints, video and VR/AR artworks. My fragmented forms draw inspiration from funeral and memorial sculpture, and can read as faux-historical forgeries and/or contemporary relics.

This virtual sculpture is a portrait of tiger west, a multi-media artist. tiger presents their body as a divided subject, marked by the collision of cancer and a trans identity. The portrait reveals a truth in embodiment, fragmented parts sculpted into being.

Beginning in March 2022, XRE (the Extended Reality Ensemble) juxtaposed digital sculptures of gender diverse figures against statues of men across the five boroughs of New York City. Portrait of t. was one of the included public AR artworks. The interactive map available on XRE and Pollinate’s websites guided viewers to all virtual monuments shown in Augmented Reality. Using their smartphone screens, audiences could reveal the true face of the city.

This work is part of a larger series of mine, a collection of portraits of people who have undergone life-altering physical transformations. In conversation with the curator, we felt that given the model's unique story and history, that a site associated with health would have an extra resonance. From a list of statues provided by the City of New York, we chose the bust of Dr. Alexander Skene, a 19th century gynecologist, to be the most relevant. The 3D model was uploaded to Vectary and then hosted on the Pollinate exhibition platform, so any visitor to the site could place the piece could place it and superimpose it over the existing statue.