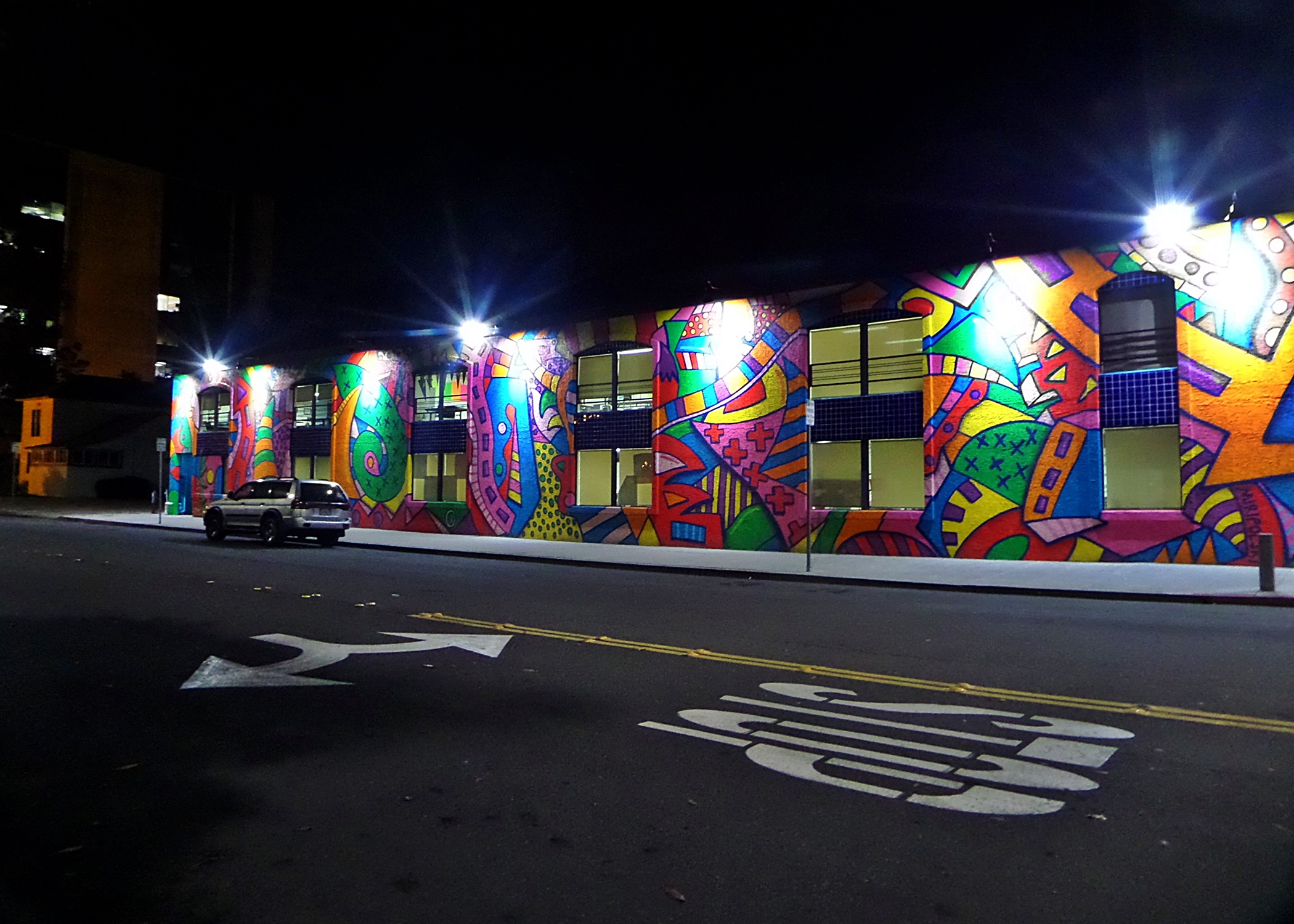 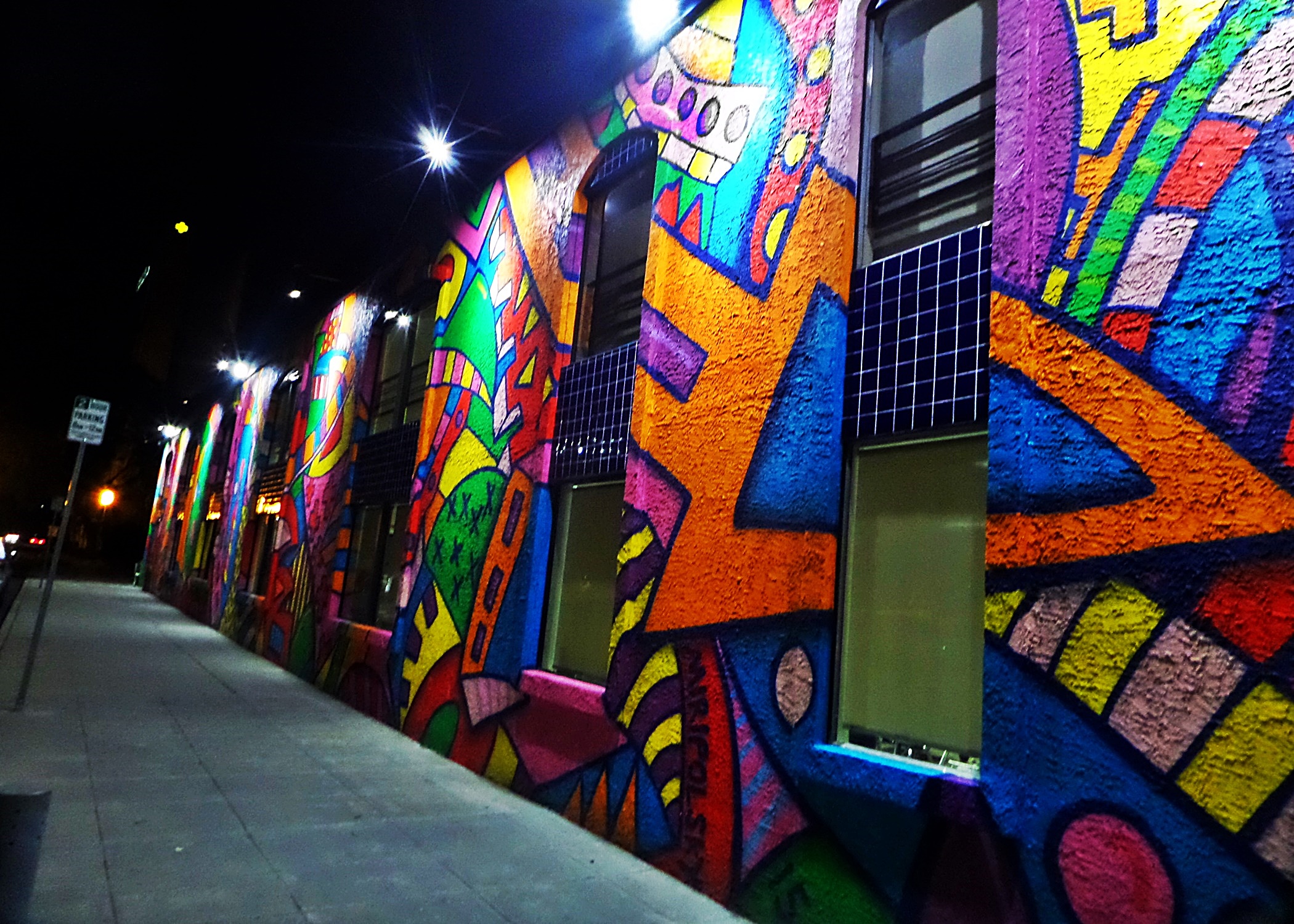 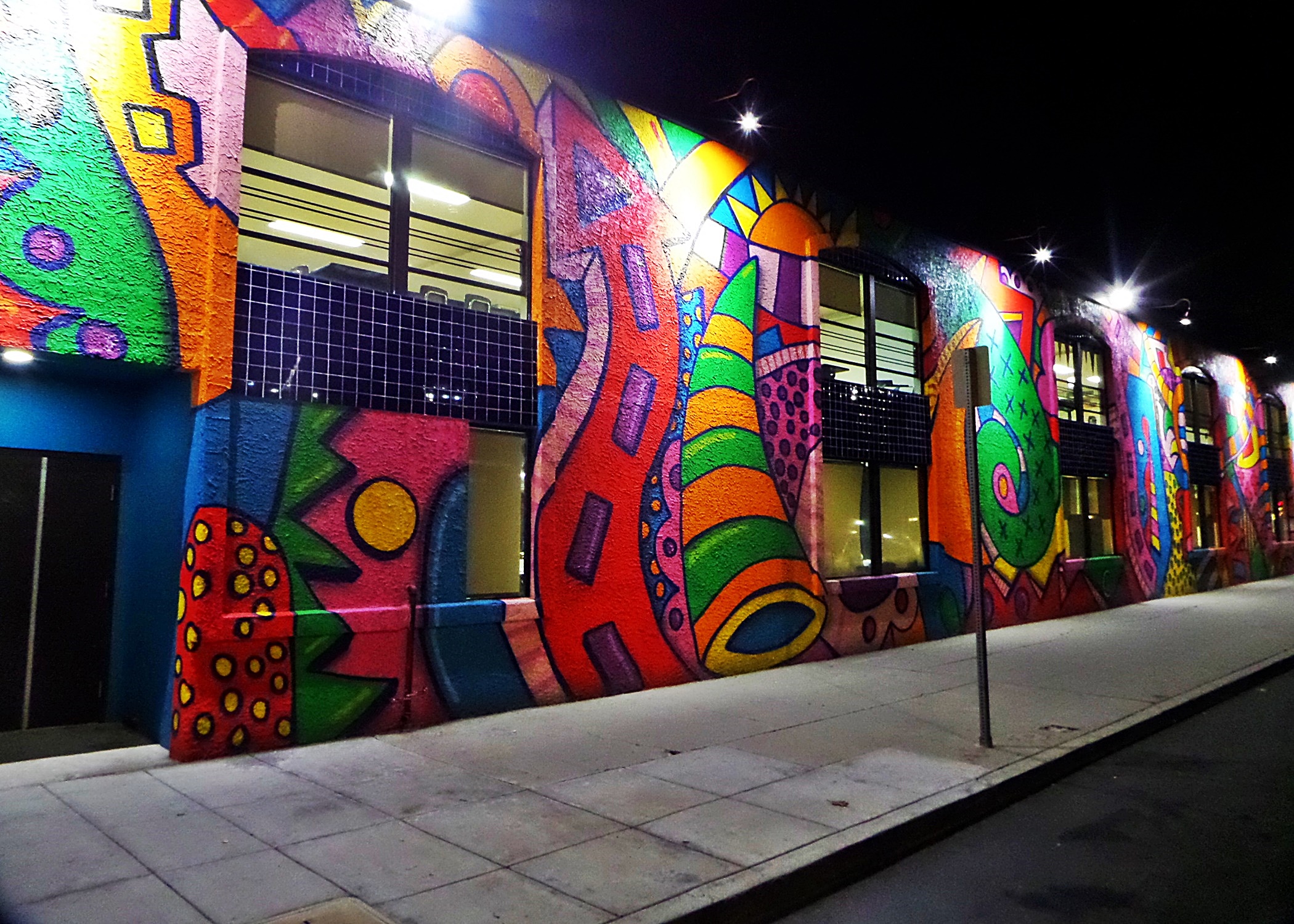 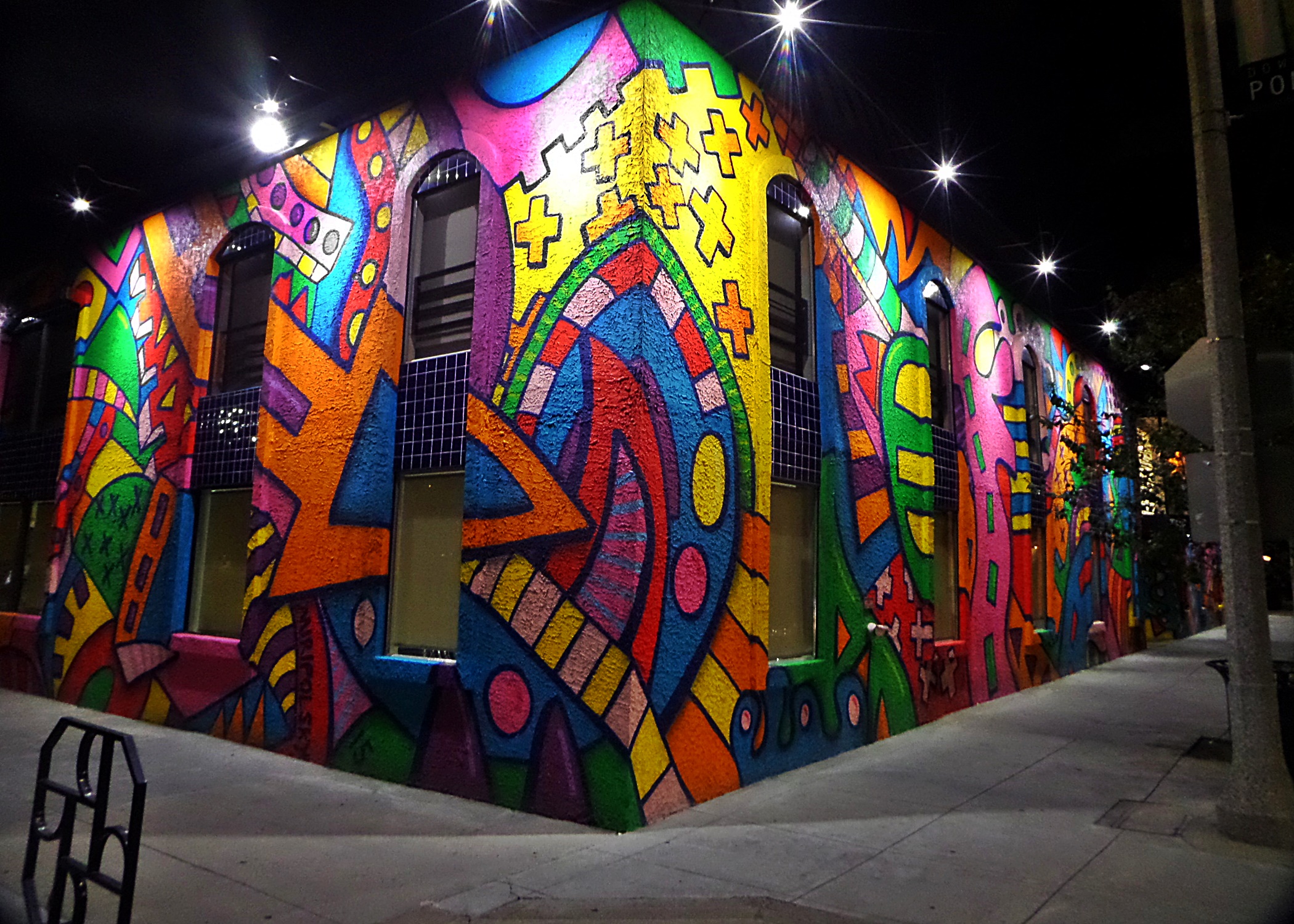 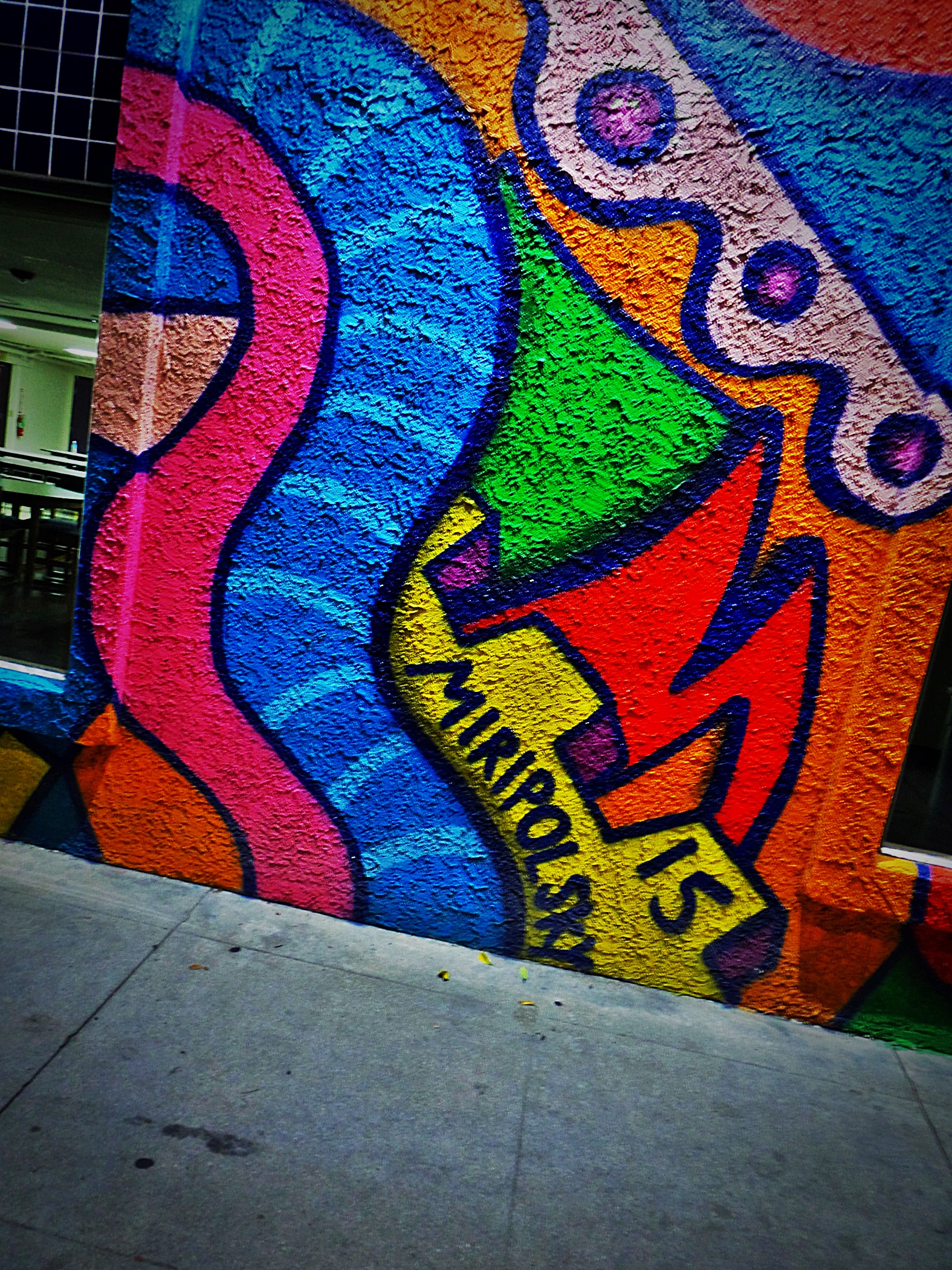 Client: The School of Arts and Enterprise

The School of Art and Enterprise

This two-story building had been vacant for many years before it was acquired in 2014 by The School of Art and Enterprise in Downtown Pomona CA to house a new charter Middle School. This privately and publicly-funded project was completed in the final week of September 2015 in an art-meets-architectural Cinderella story of transformation that contiues to uplift to the entire Pomona community.

This 1940s building had very little architectural detail other than its cobalt blue tiles around the windows. The School of Art and Enterprise and the Pomona Cultural Arts Commission realizing that this project called vision, were excited work with Andre Miripolsky who had done huge mural on the side of a nearby High School.

Andre worked on design, assembling his team, fund-raising, and city approval for over a year, and the actual painting took only one month. Painting the roof to match the cobalt blue tiles surrounding the windows was one ingenious idea, using a myriad of brilliant colors outlined in that same cobalt blue to enhance the challenging and dense stucco was another. Andre was fortunate to find Bisco Smith, a nationally-known street artist who followed his layout, creating the outlines and spray painting the highly-textured surface. The immense patterns cover 10,500 square feet, appearing to be 3-dimensional, or painted on a dense plush velvet, as the light shifts throughout the day. The swirling cornucopia of patterns that gyrate around the entire building can be seen from blocks away, and probably from space.

This Middle School has become one of Pomona's most recognized and photographed cultural landmarks.