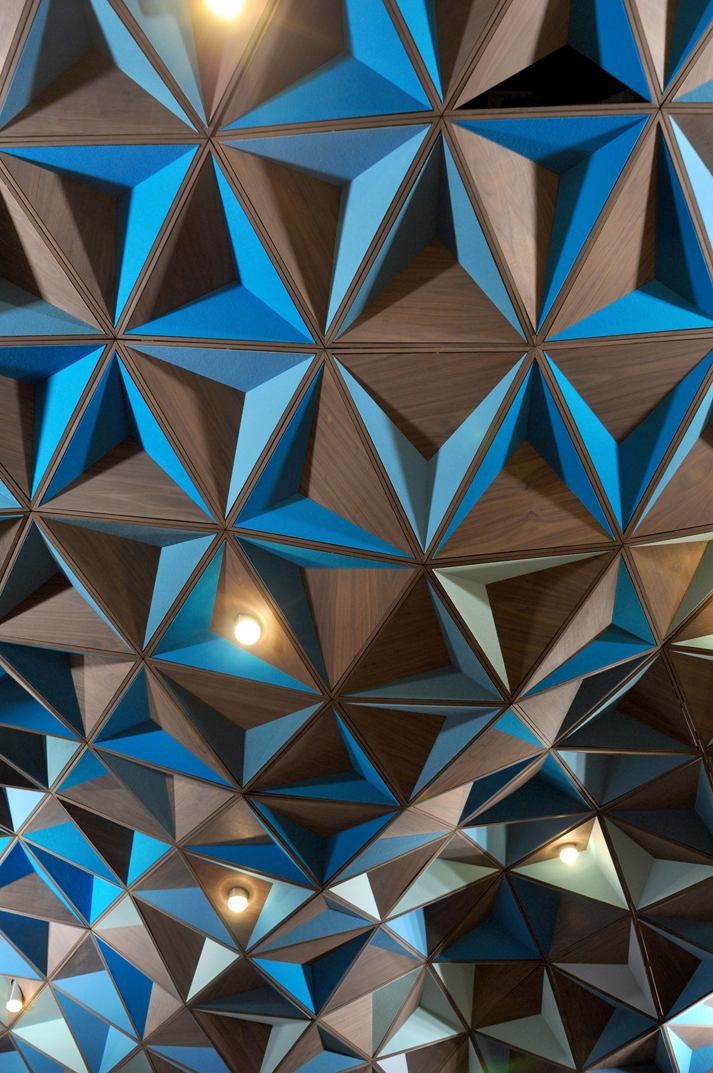 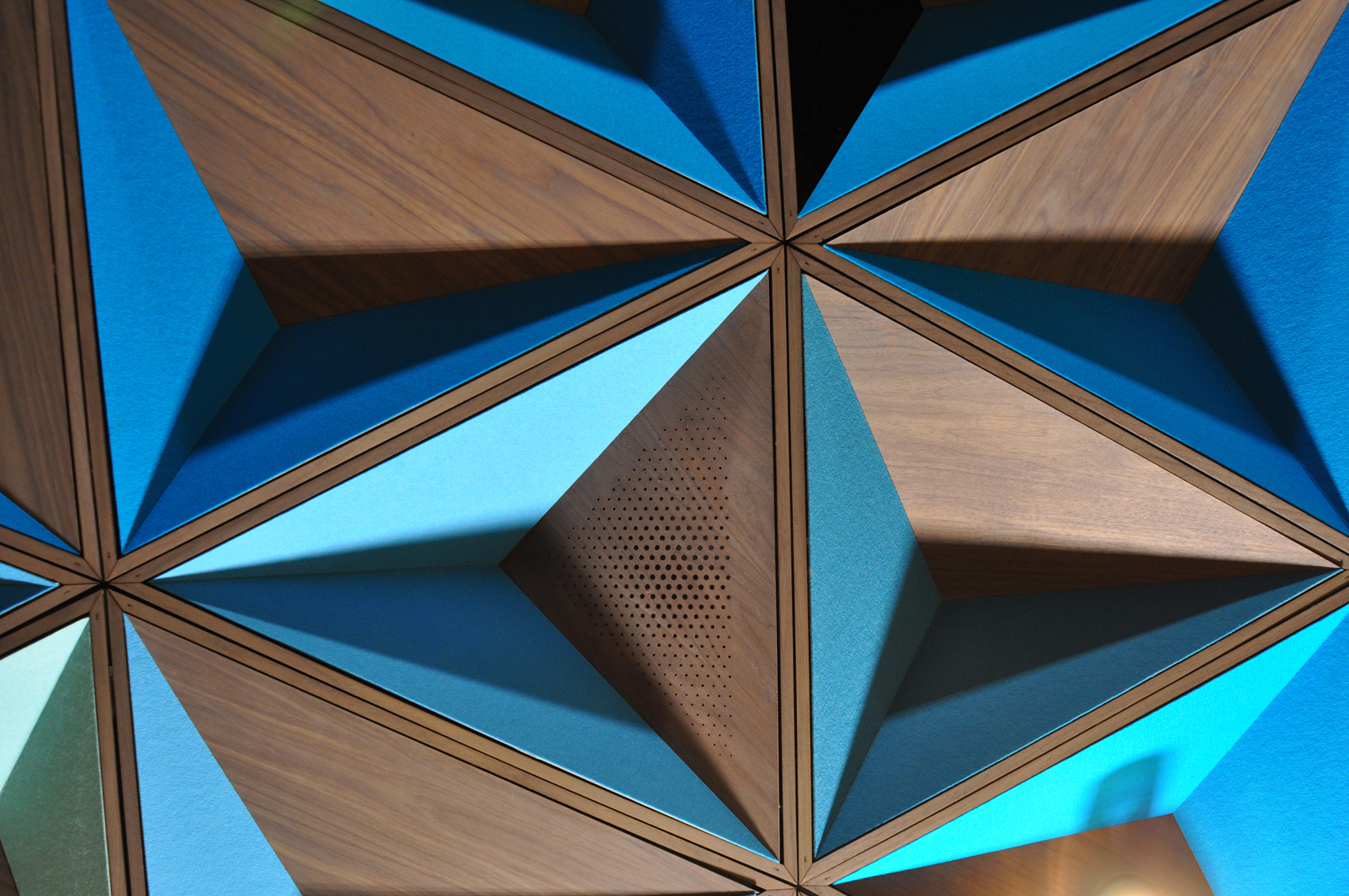 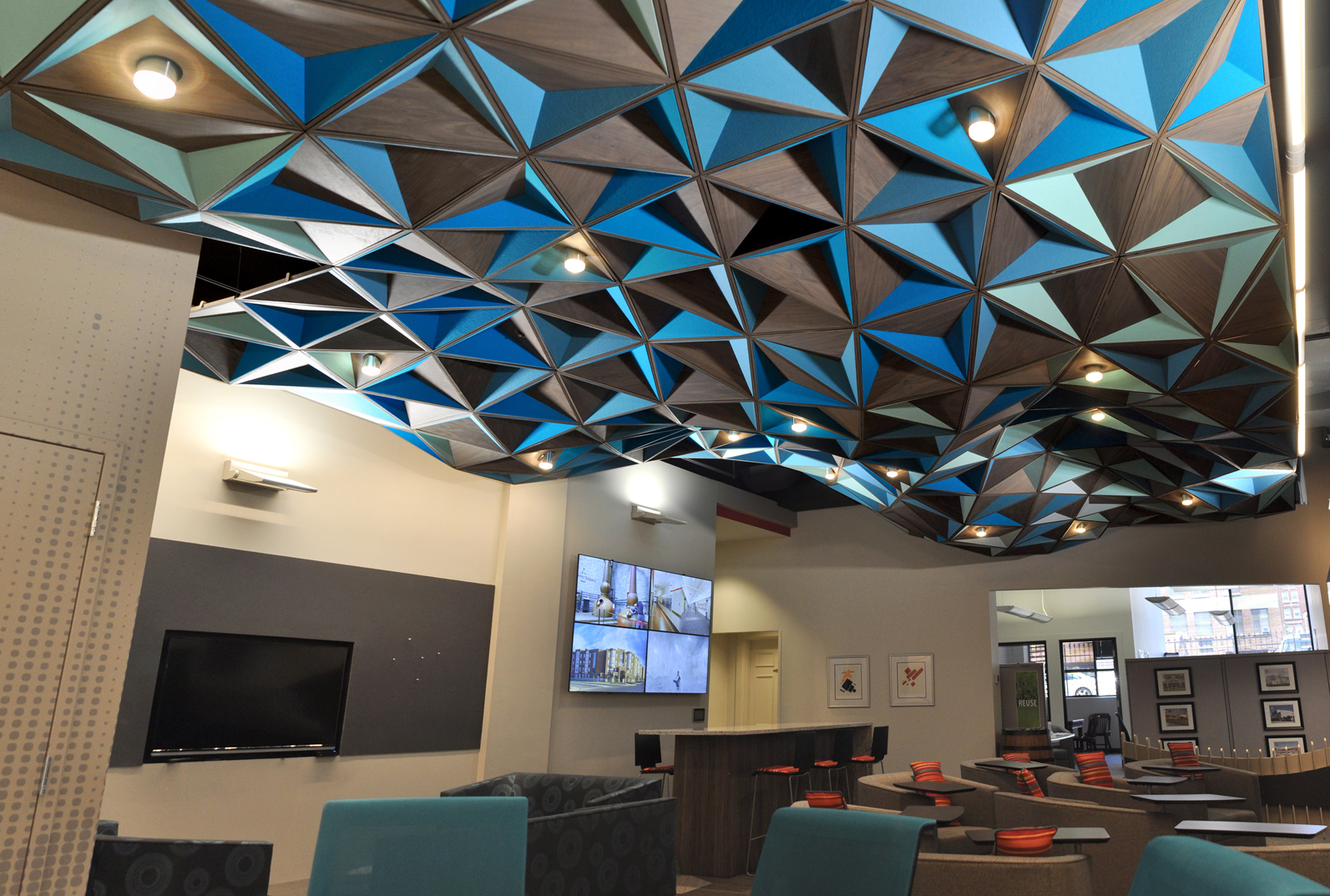 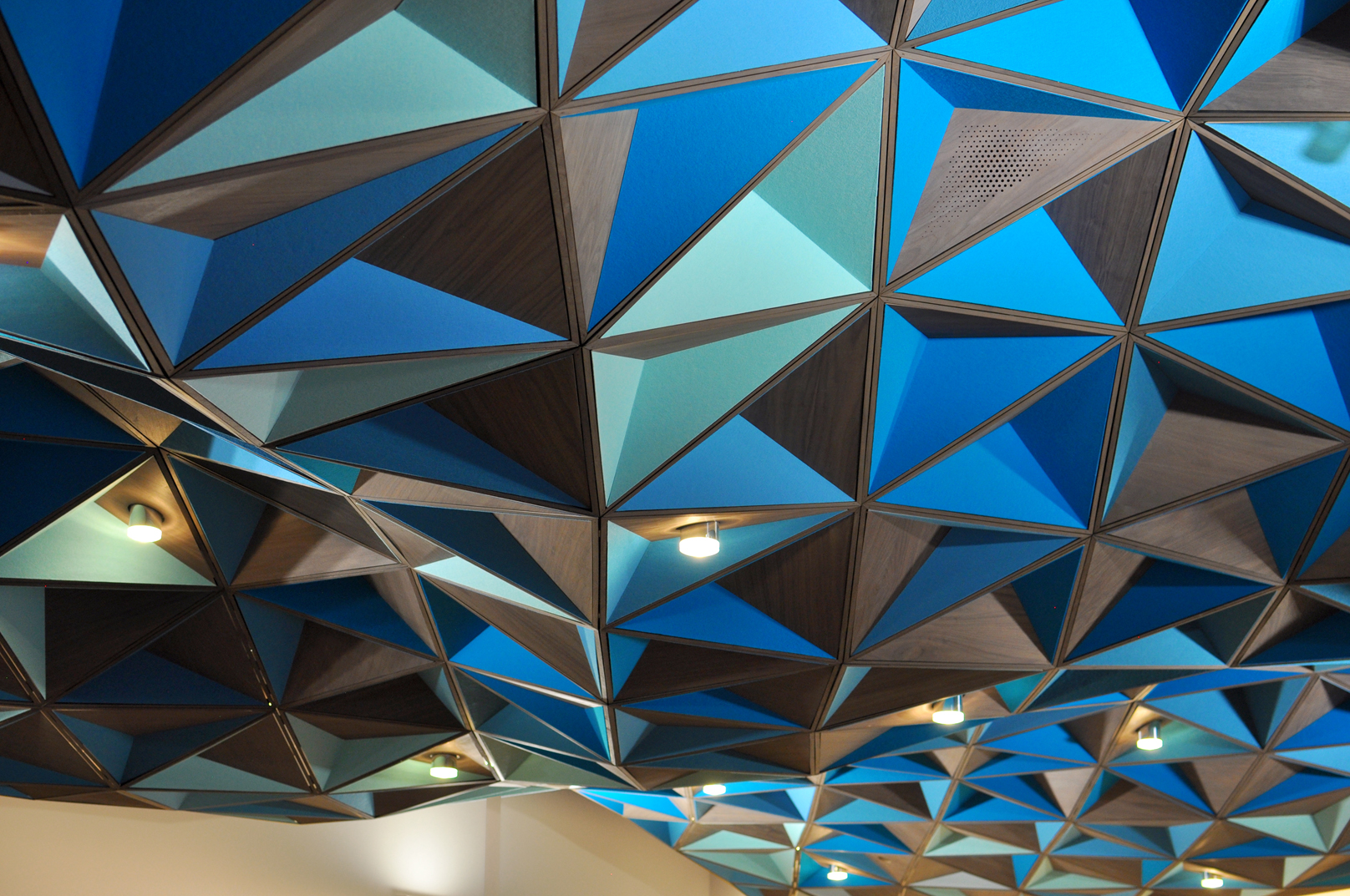 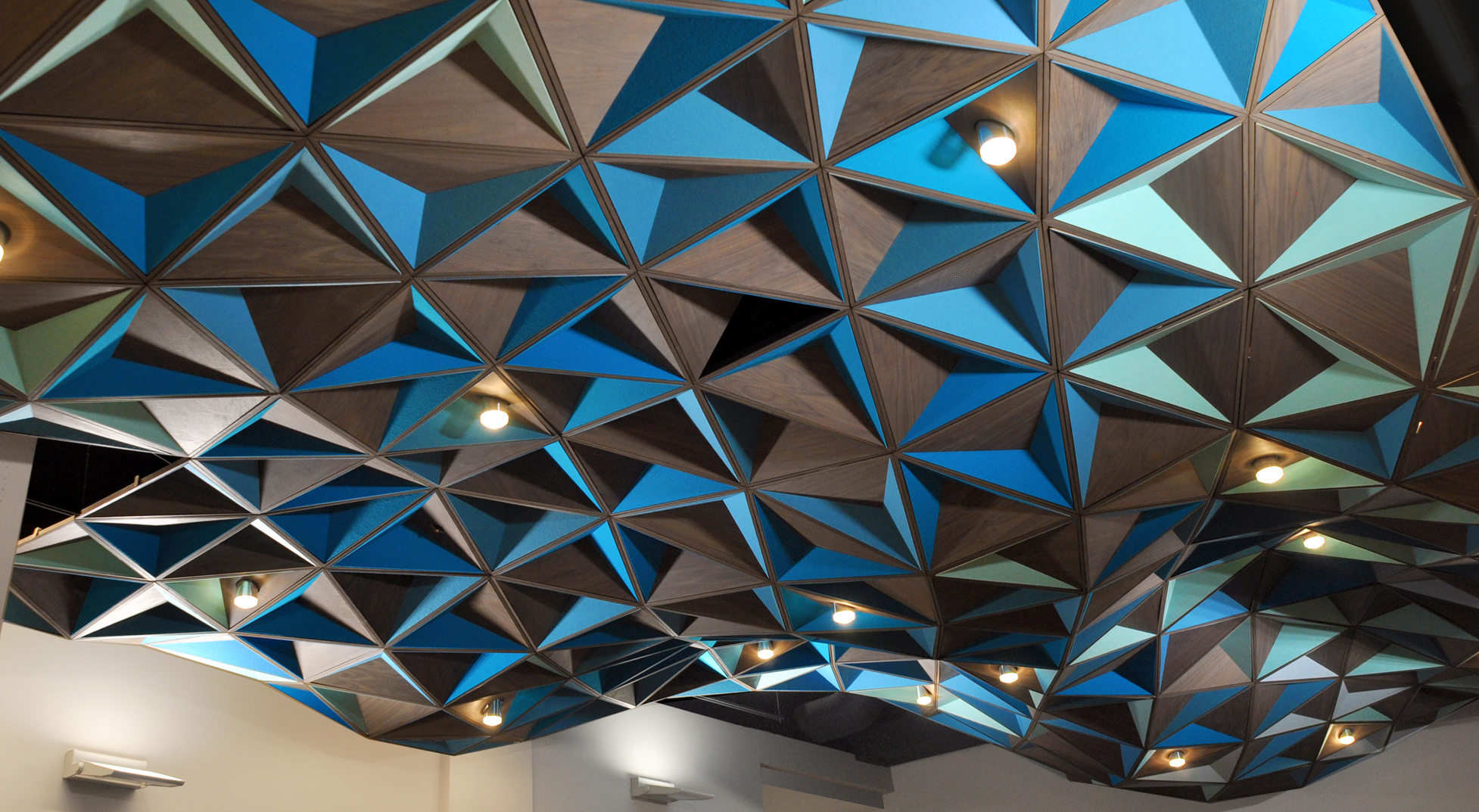 Polyhue was commissioned by Luckett & Farley, an architecture firm in Louisville, KY, to replace a traditional cloud suspended ceiling with something much more dynamic and fully custom system. The communal space it encloses is mainly used for client meetings and collaborative discussions.

Polyhue takes cues from a typical drop ceiling, while replacing all standardization with fully custom elements. The form was driven by pre-existing HVAC, plumbing, and structural systems in the space. The undulations in the surface maximize vertical height as they conform to the existing building. All of the functions of a ceiling cloud are integrated including lighting, speaker systems, fire suppression, and a projector. The triangular tessellation allows for the compound surface and are sized to permit access through the framework. Each unique panel is removable, similar to drop ceiling tiles.

The pyramidal shapes are made from a combination of walnut veneered mdf and six different hues of blue felt. The design intent was to begin with a simple panelized surface, fully covered in walnut veneer. As the triangles rotate up into pyramids they expose the color beyond the walnut. This layer of colorization begins with lighter hues at the entrance of the space and gently fade to darker in the middle. The subtle fade in color provides contrast to the consistent tone in wood. The aluminum framework is also veneered in walnut to keep the duality of the felt and wood continuous. The overall texture between the natural wood and the colored felts creates an exciting and engaging experience in the space.