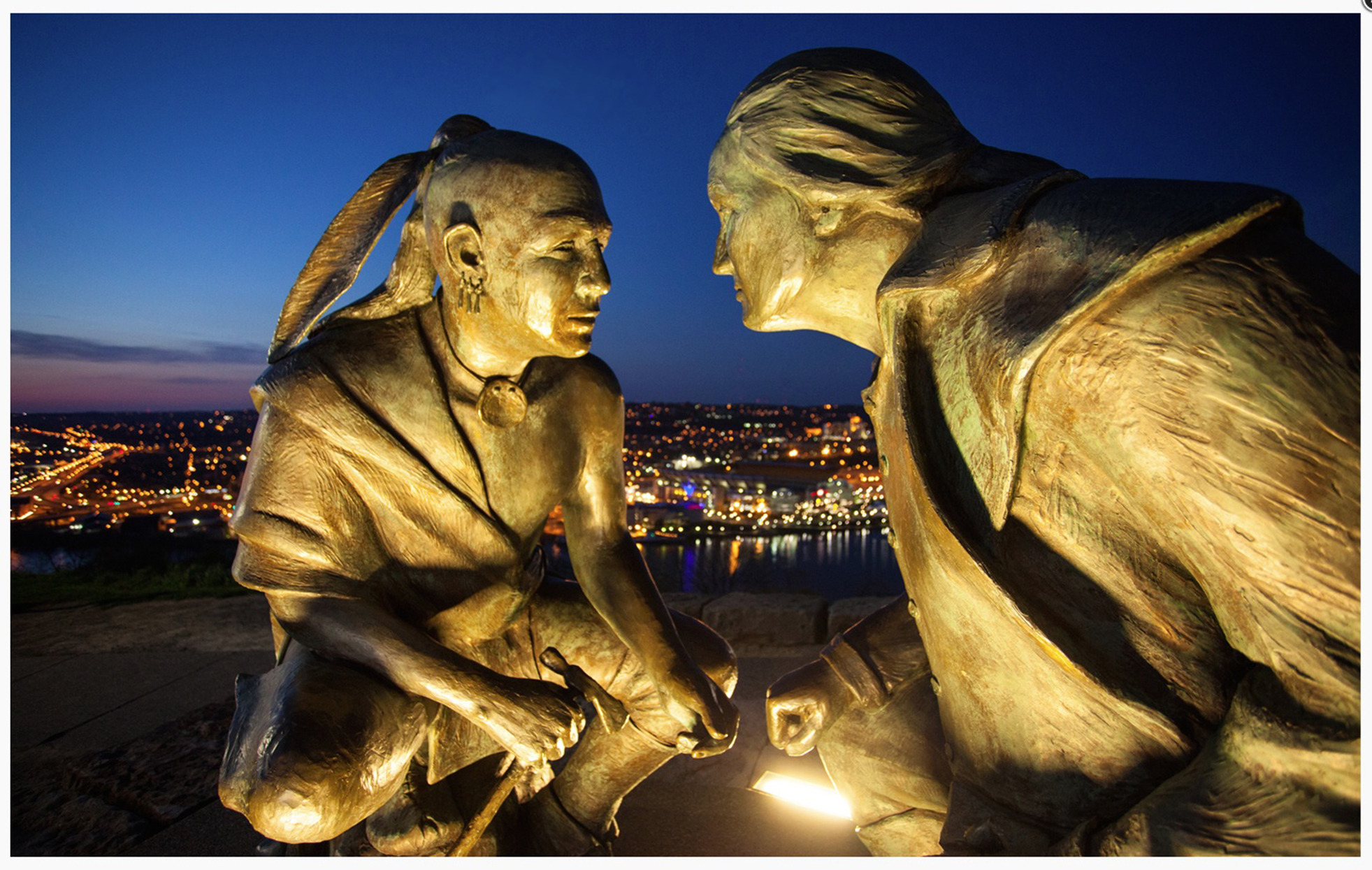 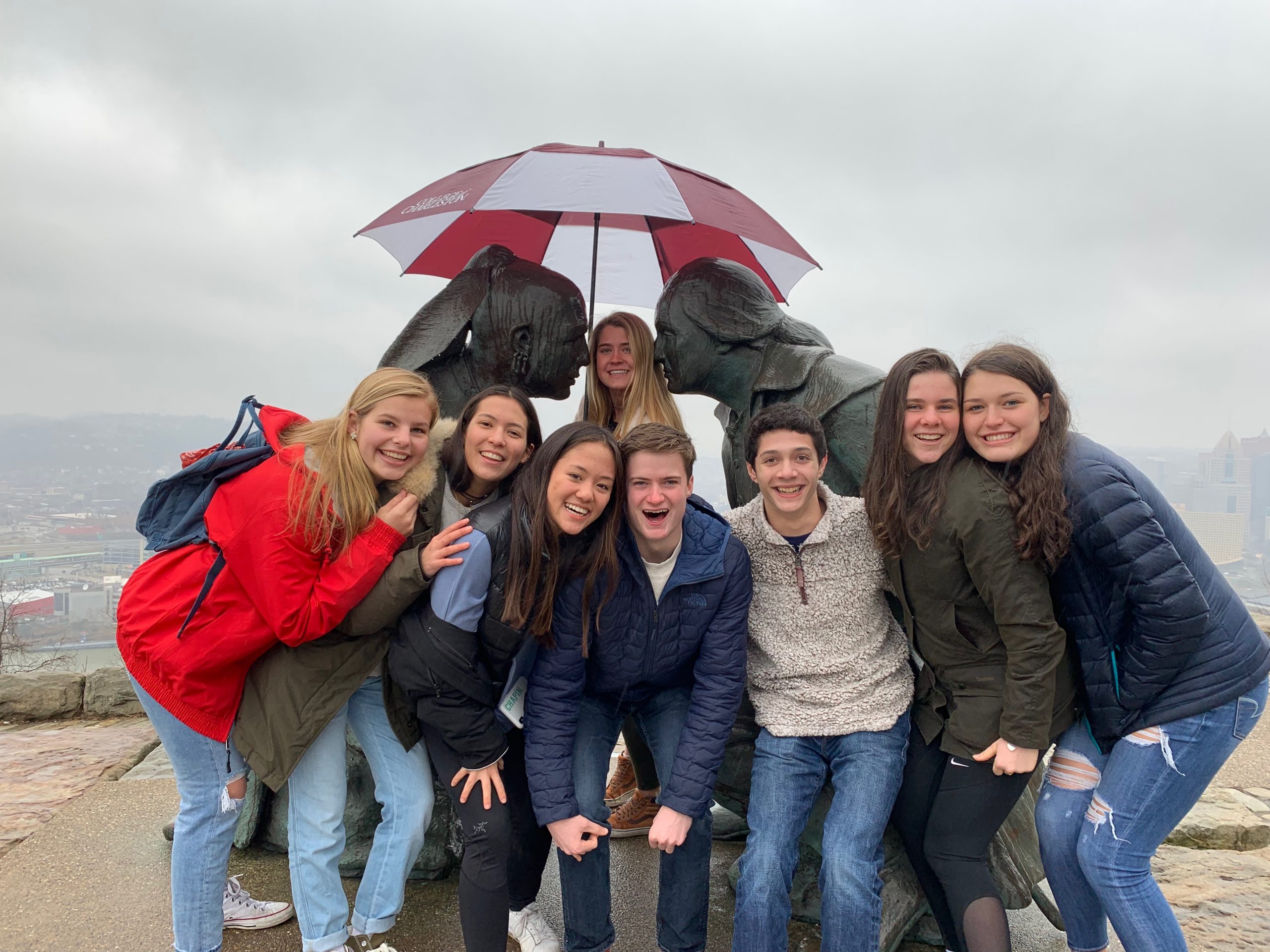 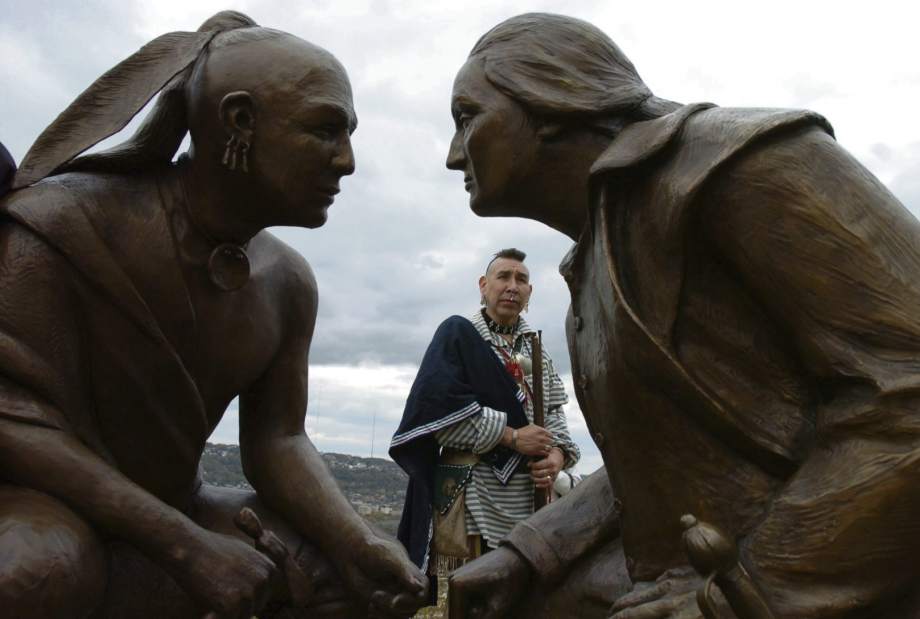 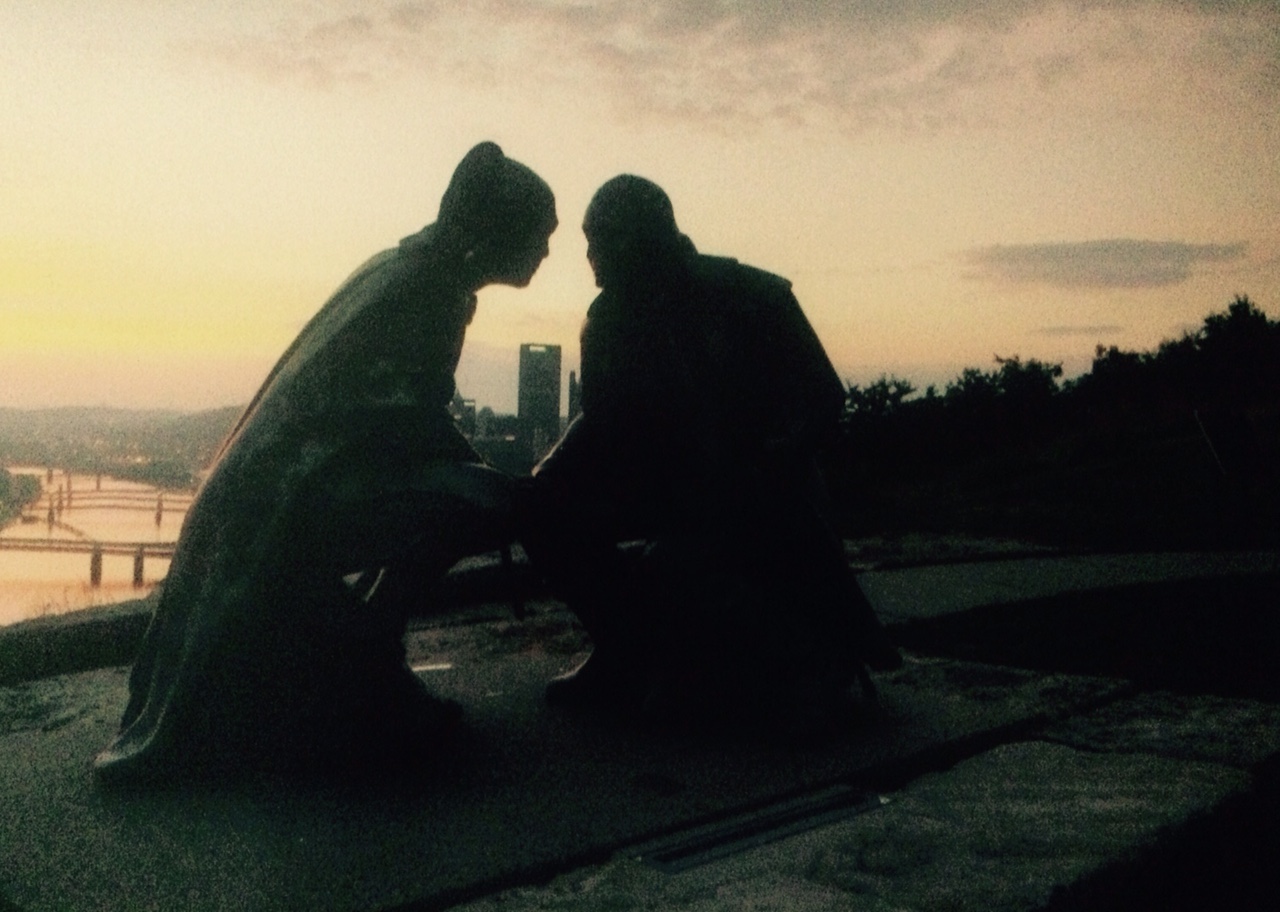 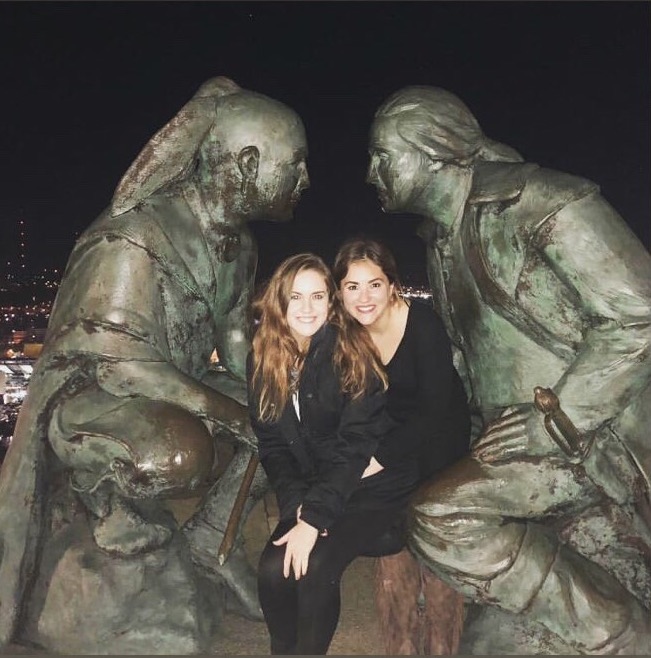 Placed atop Mount Washington, the highest point overlooking the City of Pittsburgh, this larger-than-life-sized bronze monument depicts a meeting between then Major George Washington and Seneca Indian leader Guyasuta in October 1770. First allies, then opponents in the French & Indian War, they met again seventeen years later to revisit the past and debate the future of this rich, fertile, and highly strategic geographic region. Though their ideas differed about the fate of the Pittsburgh and the Ohio Valley, history proved both men to be right.

The piece marks the westernmost end of the Grand View Scenic Byway and Park, an official Pennsylvania Scenic Byway. Point of View was dedicated on October 25, 2006 by Mayor Luke Ravenstahl and Warren Skye (HoinJaGwaGohn) along with period re-enactors, the artist, the Mt. Washington Community Development Corporation, local residents, and members of the Seneca Nation.

Point of View captures a moment in time between two formidable leaders whose actions had a huge impact on Pittsburgh, Southwestern Pennsylvania, and the country that would be America.

Thirteen years later the Sculpture continues to take on a life of its own. A true meeting place for diverse audiences Point of View is consistently photographed and shared on social media worldwide. Point of View is an iconic element of the skyline of this City. Has been published numerous times in Print Materials and Books as well.