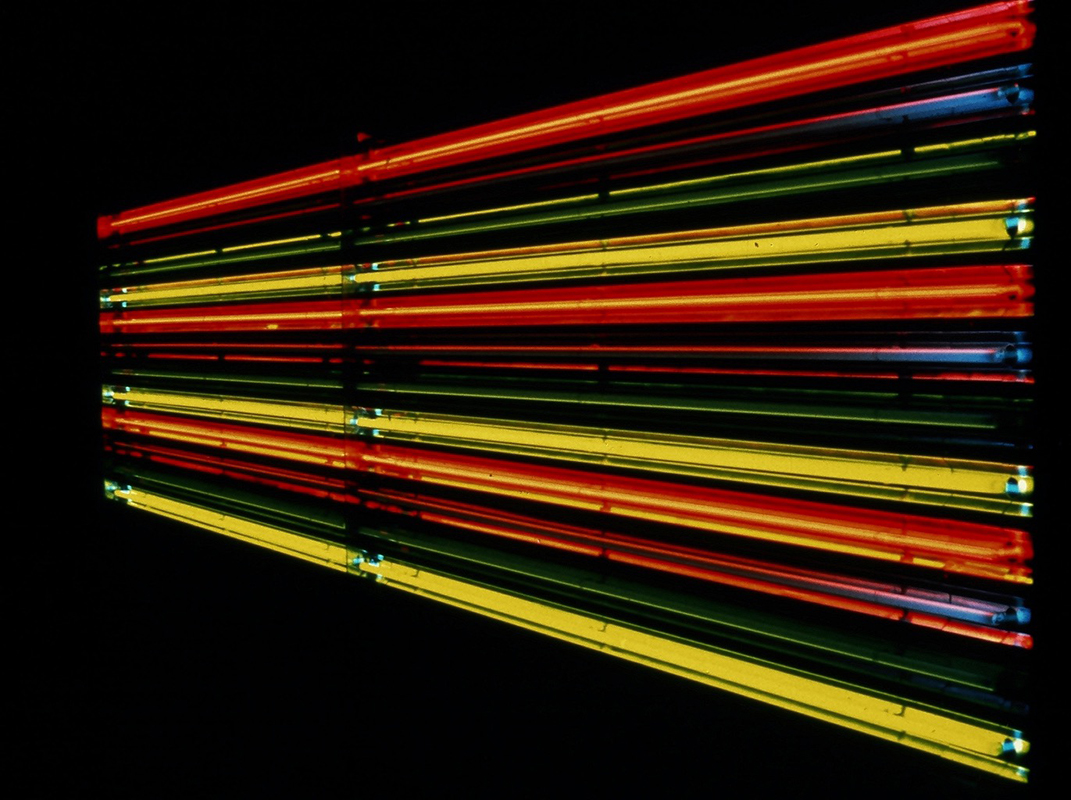 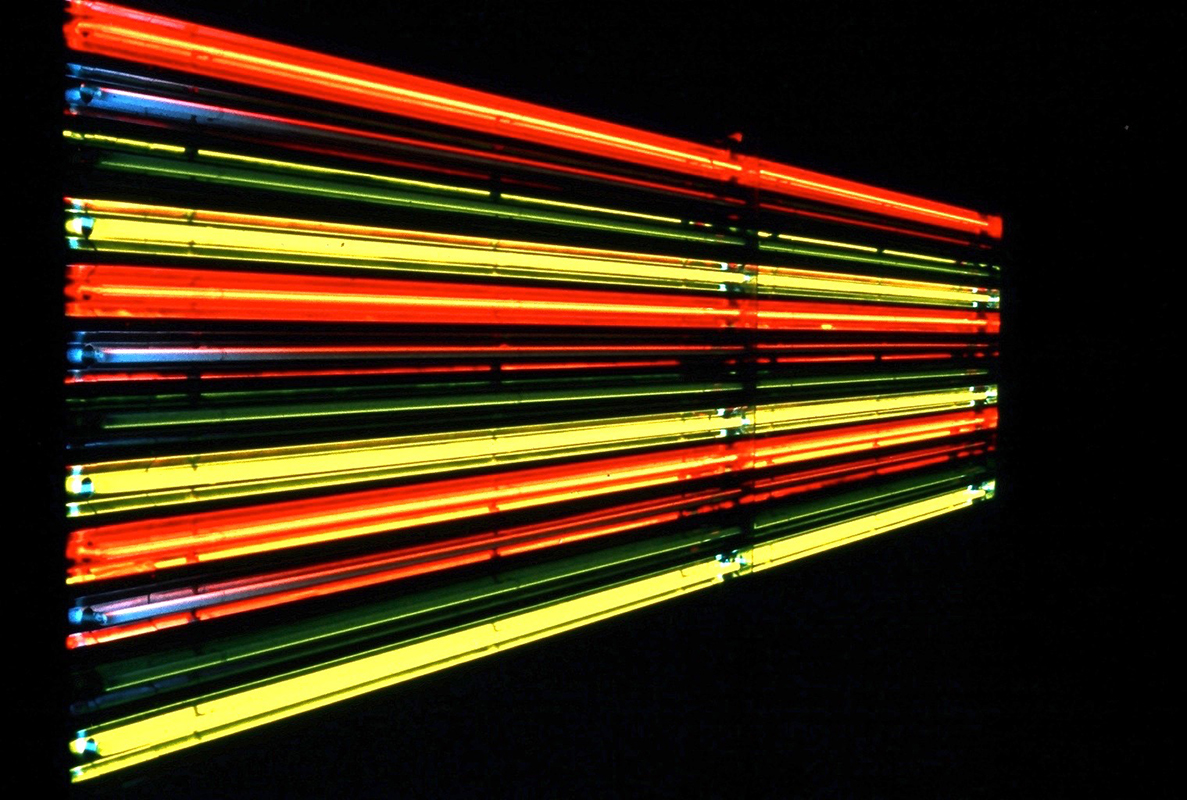 This installation was designed for the main lobby of Imperial College in London. The installation is an exercise in visual perception and works with the difference between a real image and the after image that it creates within the human perceptual system.

The piece "Plus Ca Change" was 20ft long and 5ft high. It features long, very bright neon tubes in three colors, red, blue and yellow, arranged in an interspersed pattern. As the work turned on initially all three bands of red tubes light up for about 1/10th of a second, then switched to the three bands of blue, then switched again to the yellow, each at the same interval. The net result was that as each color strobed on and off, it would leave an afterimage of the opposite of that color in the eye which in turn would mix with the next color as it tuned on.

I worked with electronic engineers from Electrosonics in London to create the switch gear that programed this work. The controller was designed to be able to switch the color arrays as fast and 10 times a second, to create a really complex visual illusion, a mix of image and after image superimposed on each other.

The artist was at the time fascinated by the perceptual system that is the eye and the brain. Working with the phenomenon of after burn, created by perceiving a bright image and the resulting afterimage of a complimentary color that exists only on the observer's brain. In this case mixing image and after image to create year another color.