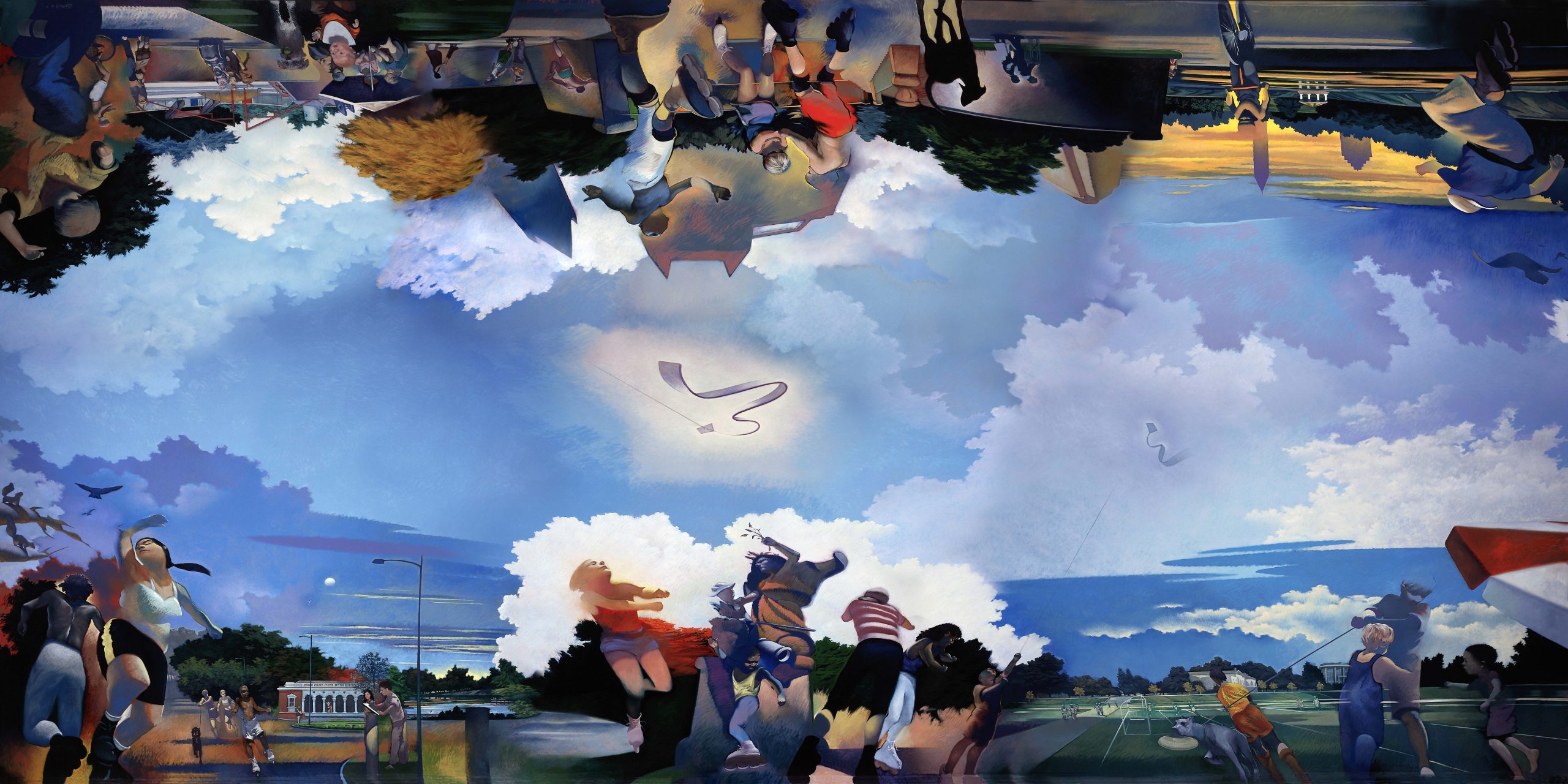 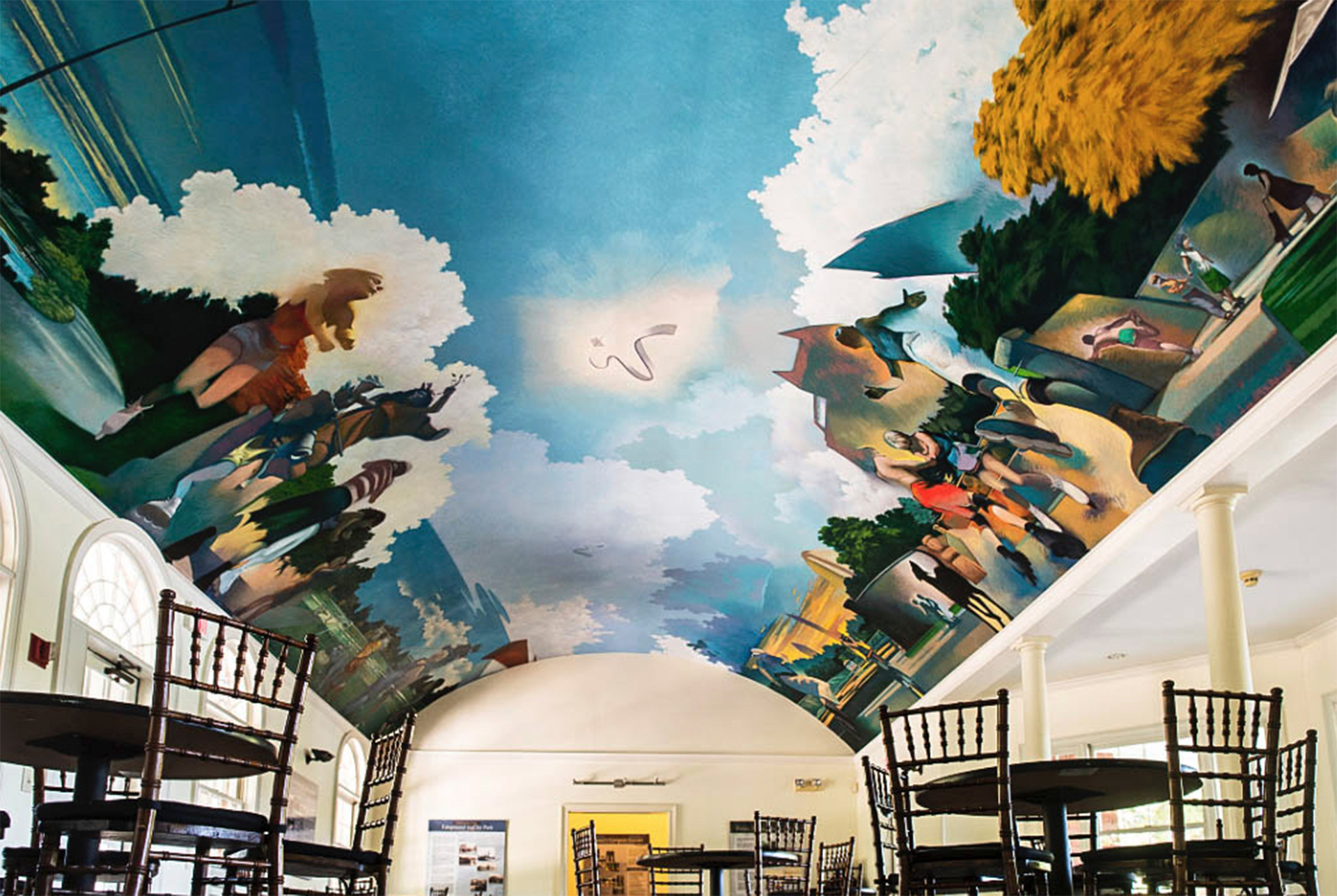 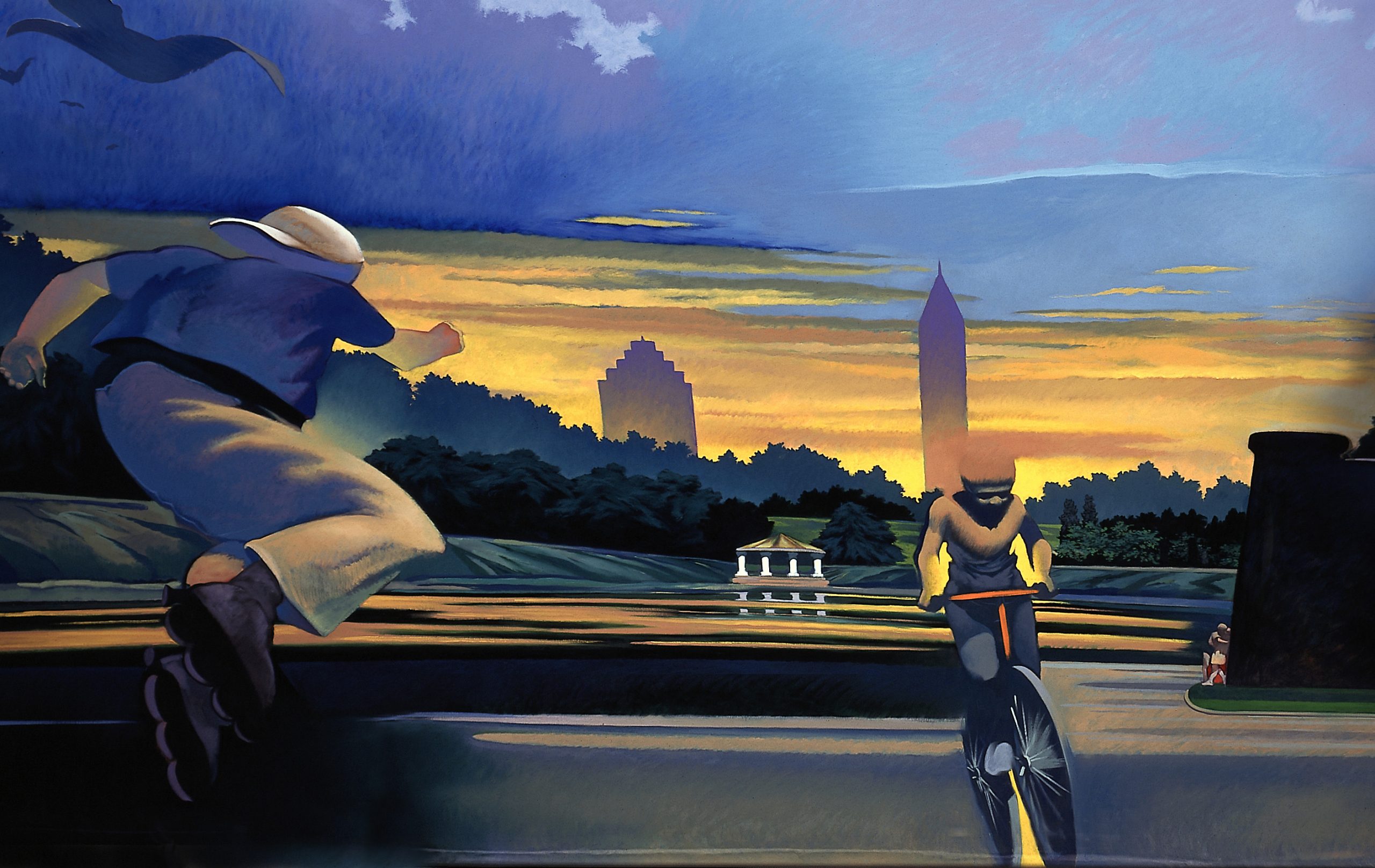 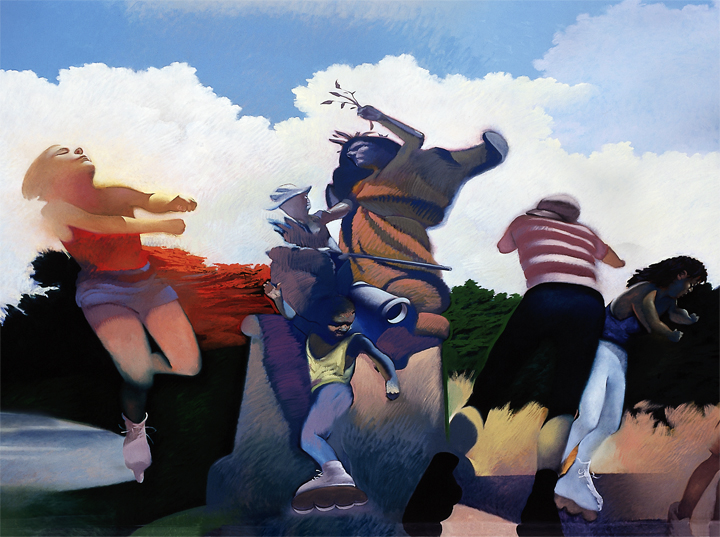 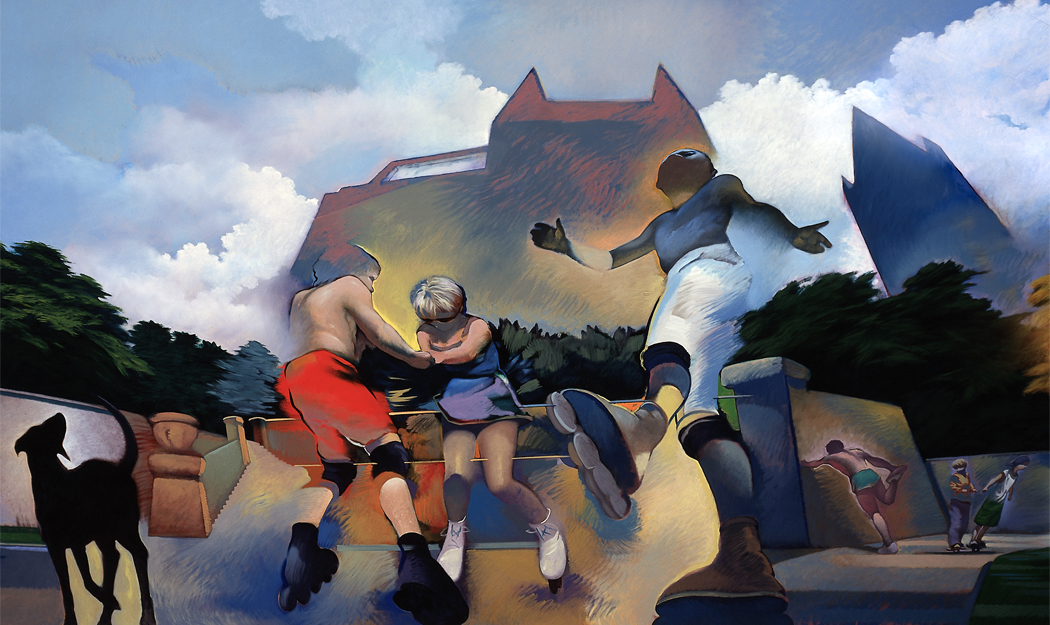 This is 20' x 40' barrel vaulted ceiling in the Piedmont Park Visitor's Center, a beautiful beaux-arts building in Atlanta's version of New York's Central Park–Frederick Law Olmsted designed both. An architectural grade synthetic canvas was affixed to the ceiling and the mural was painted overhead from scaffolding over a period of nine months. The preparatory work, some of which can be seen on my website, was all done from life and no photos or photographic processes were employed.

The challenge was to conceive of and design a mural in the studio, working on an easel and drafting table, while envisioning an enormous, 800 square-foot painting on a curved surface overhead. Beyond that, the structure of the building did not present difficulties. Rather, the challenge was in the area of content, to express something essential about the park and the ways in which the city’s diverse population used it. I characterize the design as baroque urban theater, since all of the figures are in motion and to some extent are involved in performance. A clear and stated goal was to create a mural that felt inevitable for the space, not like an afterthought.

The Piedmont Park Conservancy Board of Directors and Smith/Dalia Architects of Atlanta commissioned the artwork, based on a series of paintings I had completed in which the park was the subject and setting. I was given great freedom of conception, with the understanding that the park was to be the subject of the work. The Director and the architects were shown and approved of all preliminary sketches and I consulted with Dr. Duane Chartier of ConservArt in Los Angeles on process and technique. Since the facility was open and in use while I worked, the most significant and gratifying collaboration was with the visiting public, when people interacted with me and influenced the outcome as I painted the mural. Visitors frequently made pertinent comments and suggestions. As a consequence, I added figures and activities that more fully represented the rich diversity of the city. Those who frequent the park have expressed a sense of ownership and identification with the mural that would not have been possible if I had worked in solitude.

I spent wonderful hours in the park sketching dog-walkers, skaters, and children on play structures, joggers and more. I took the view that my involvement had to be direct if I were to capture the spirit of the park and do justice to the historic building that houses the mural. I have returned to public work after taking a long break following this project, but still feel a strong connection to this mural and take pride in its centrality to the city of Atlanta.