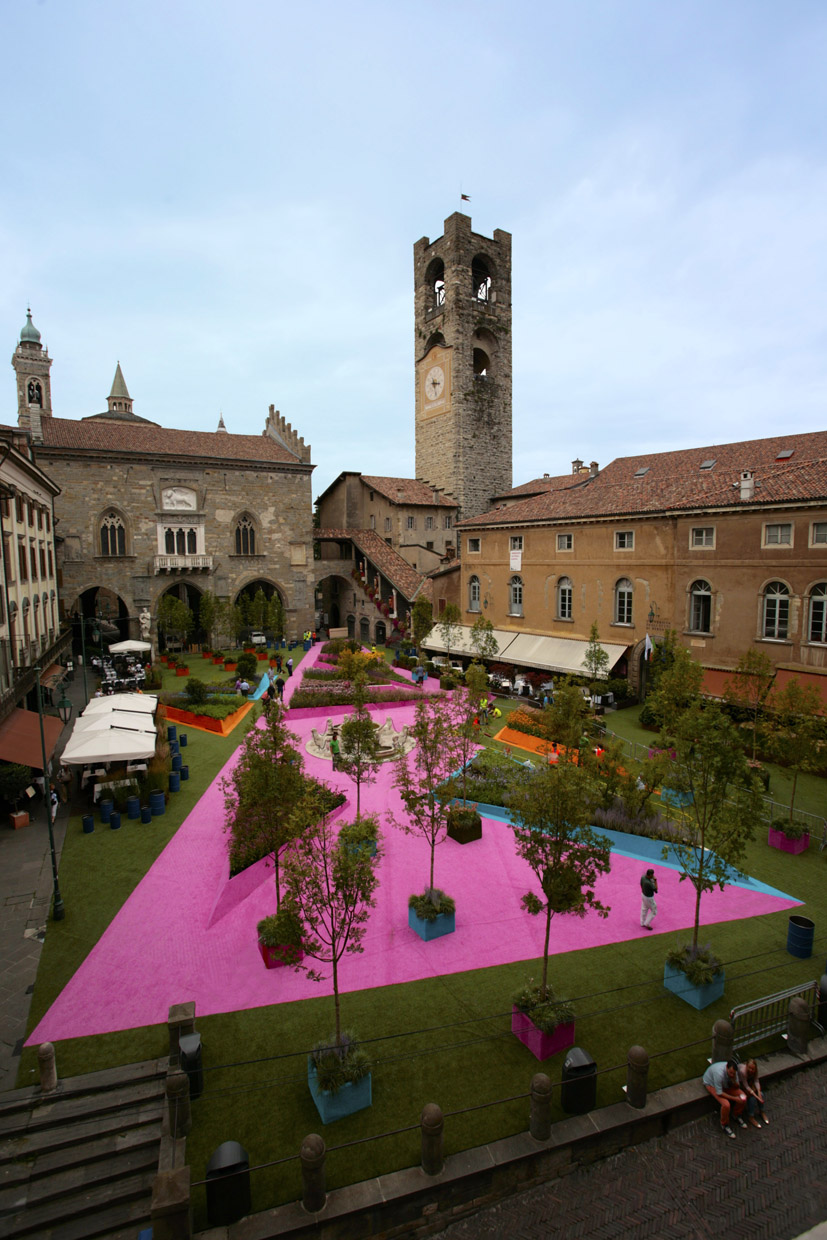 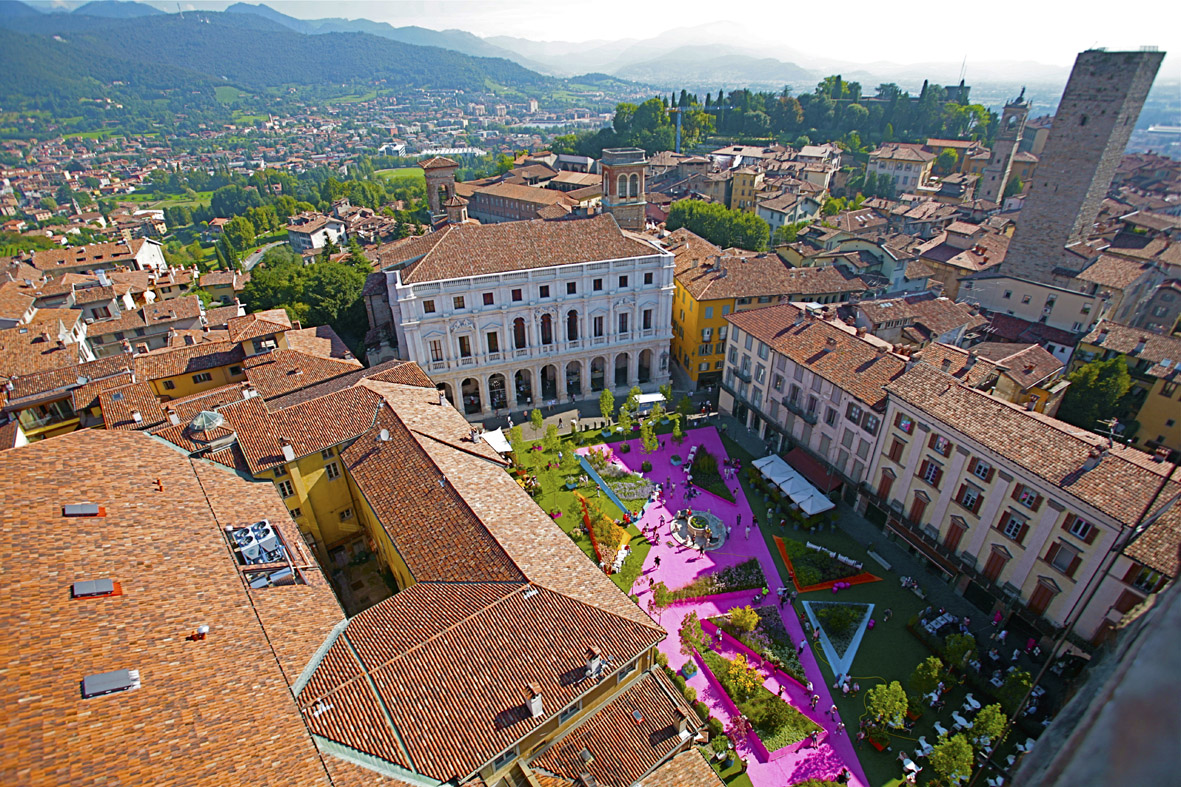 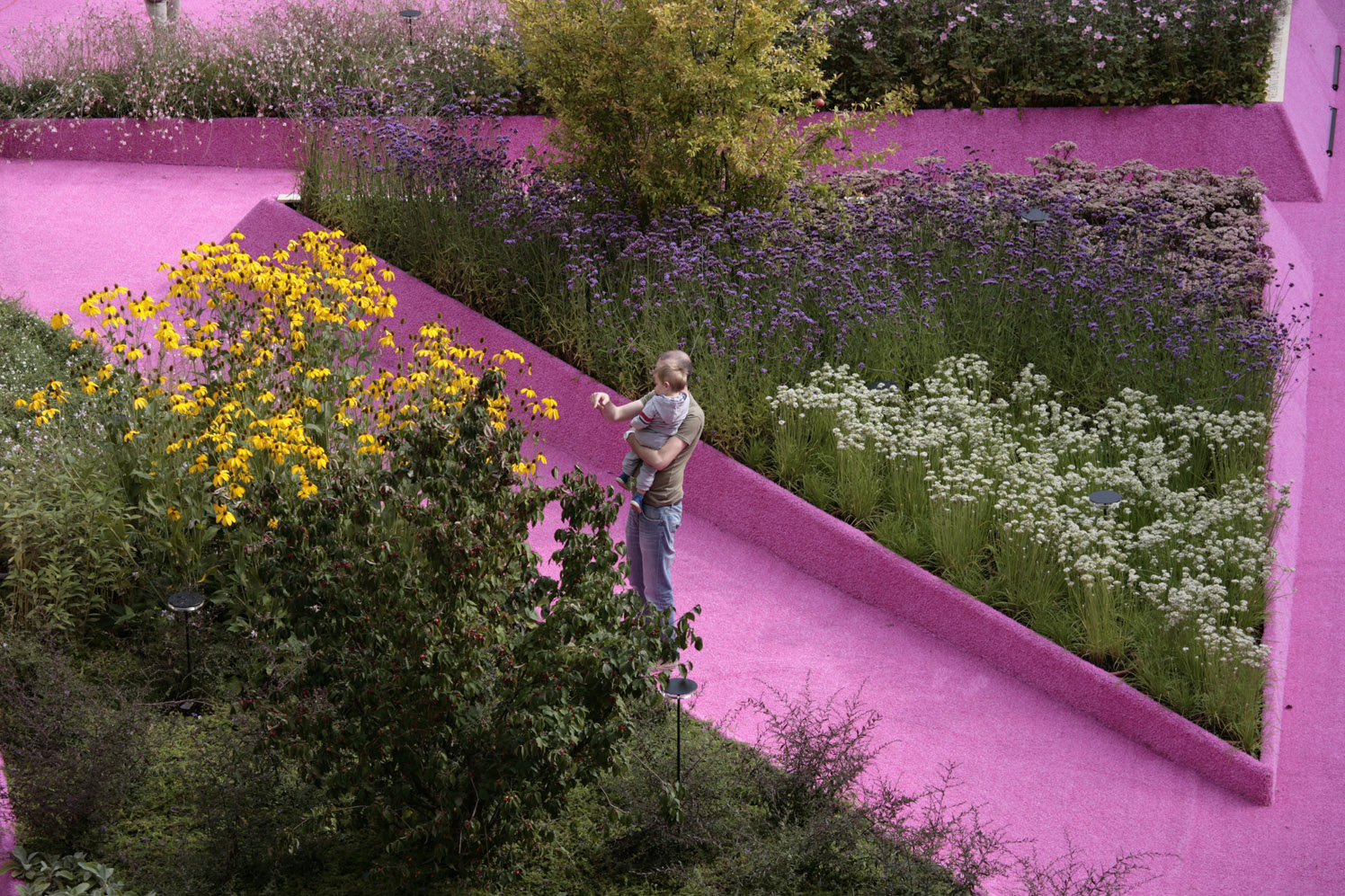 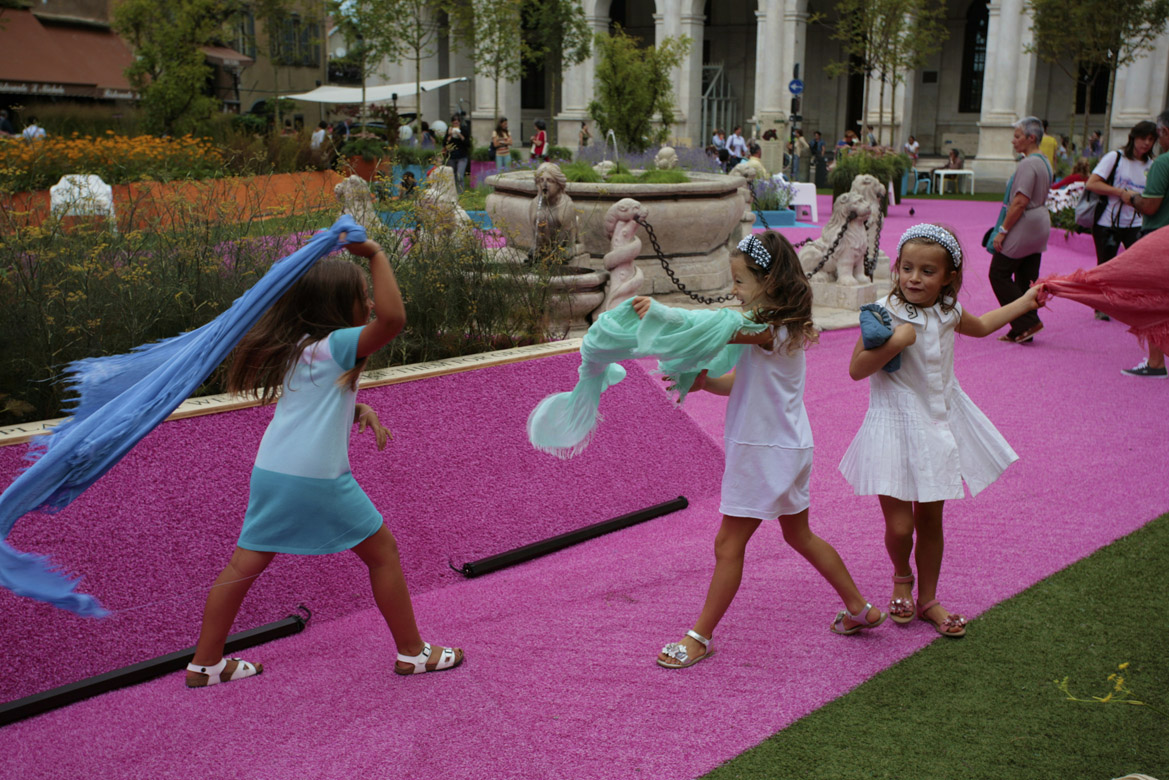 The Piazza Vecchia ( Old Square ) in Bergamo Italy is a Renaissance square, that Le Corbusier called “ the most beautiful square in Europe” .For two weeks this historical renaissance square was transformed into a pop up outdoor living room as an event attracting two hundred and fifty thousands of citizens and tourist of all ages.

Peter Fink’s public space design aims to renew the relationship between art and landscape design through a creative exploration of our senses through a bold use of colour, shapes, smells, and texture of planting. The checkerboard of trees defines and cast its shadow at the edges of the square gradually making way for smaller perennials and grasses. The flower beds of the same colour as the surface on which they stand on, merge with the artificial turf in sloping, flared triangles. The raised beds contain a wide variety of herbal and medicinal plants with the trees and shrubs also chosen following the same criterion – that of healing and well-being.
People become an integral part of the set up, moving and occupying the space “like water streaming through pebbles.” The new place making helps to create informal day and night time spaces for relaxing and socializing as well as increase temporarily the dialogue with the surrounding urban grain.
Besides creating a marvellous platform for meetings and events, and an irresistible attraction for people of all ages, the temporary transformation of a major historical square is thought-provoking act that directs public attention to the positive importance of art and placemaking.

The delivery involved the artist Peter Fink of Studio Fink collaborating closely with a botanist with Lucia Nusiner as well as with a large team of volunteers and school pupils.

The project was conceived, approved and delivered in five month.Peter created a strong sense of consensus behind the project whilst over coming initial political opposition and concerns of historical conservation ministry. In addition to resolving many practical issues he has created a clear agreement within the community on the concept of a healing landscape and demonstration of social sustainability. Peter was keen to demonstrate the contribution art can make to the public sphere and its economic regeneration - the pop pink square brought a 400% rise in the economic activity in the Old Town.