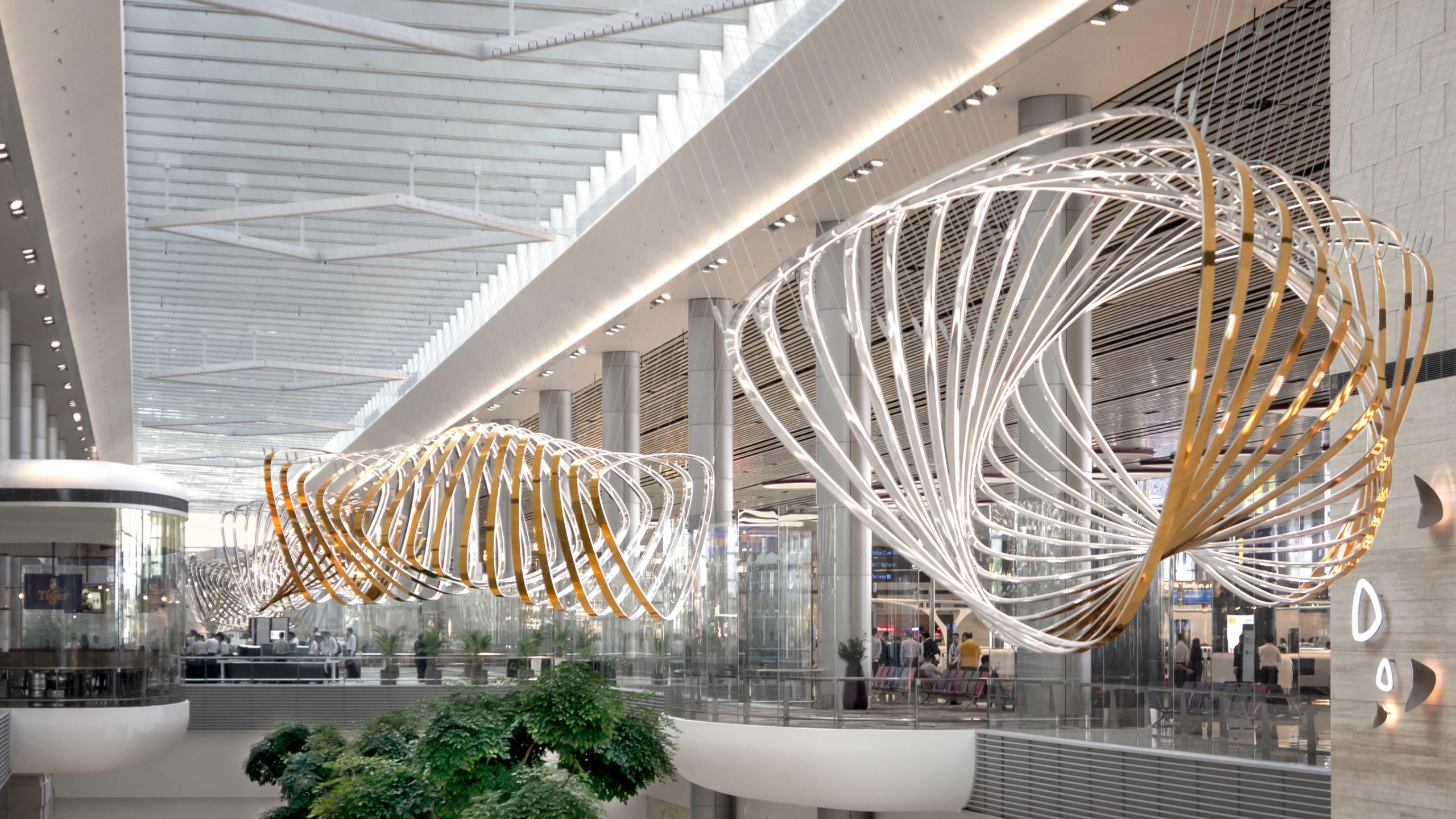 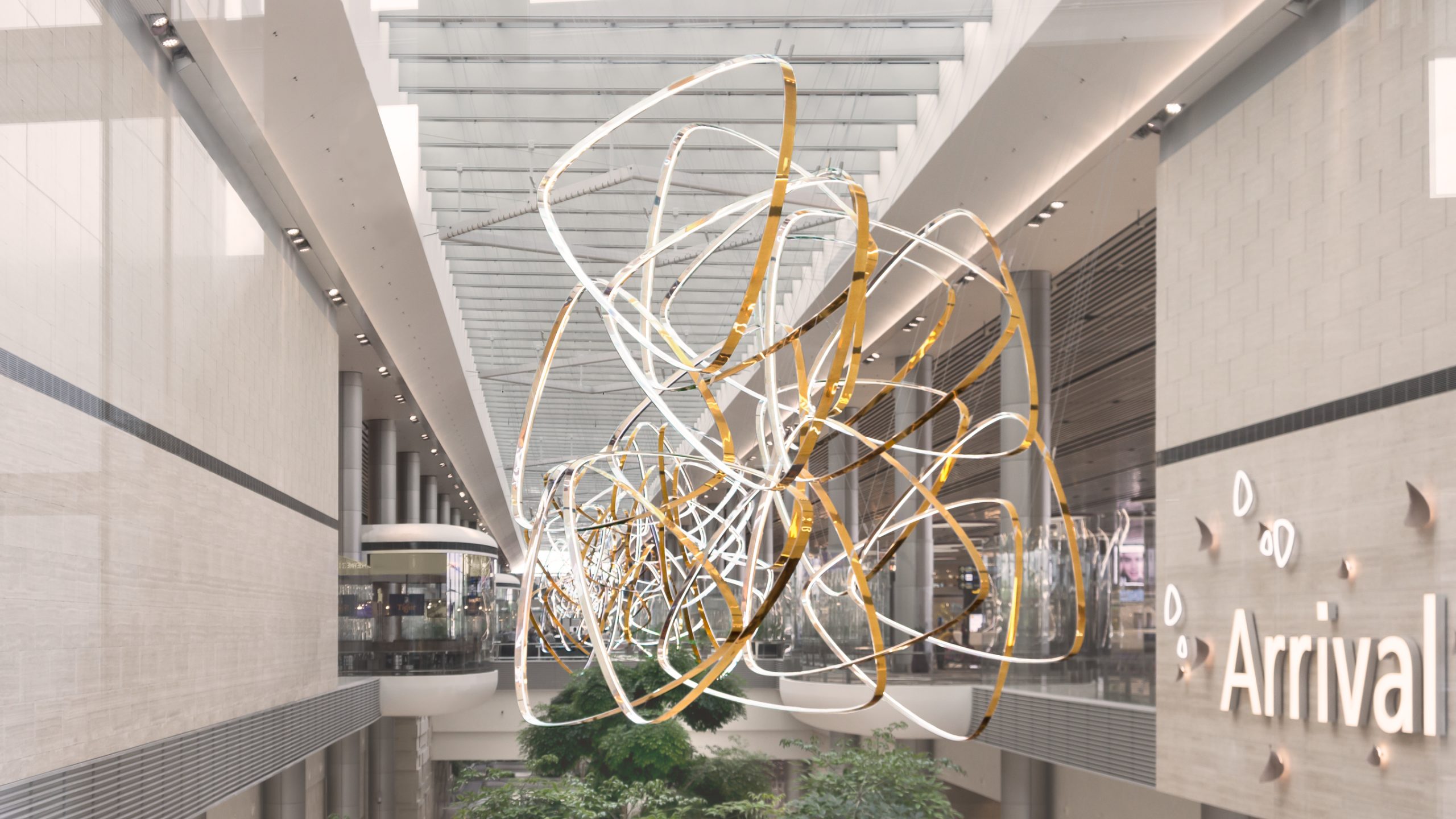 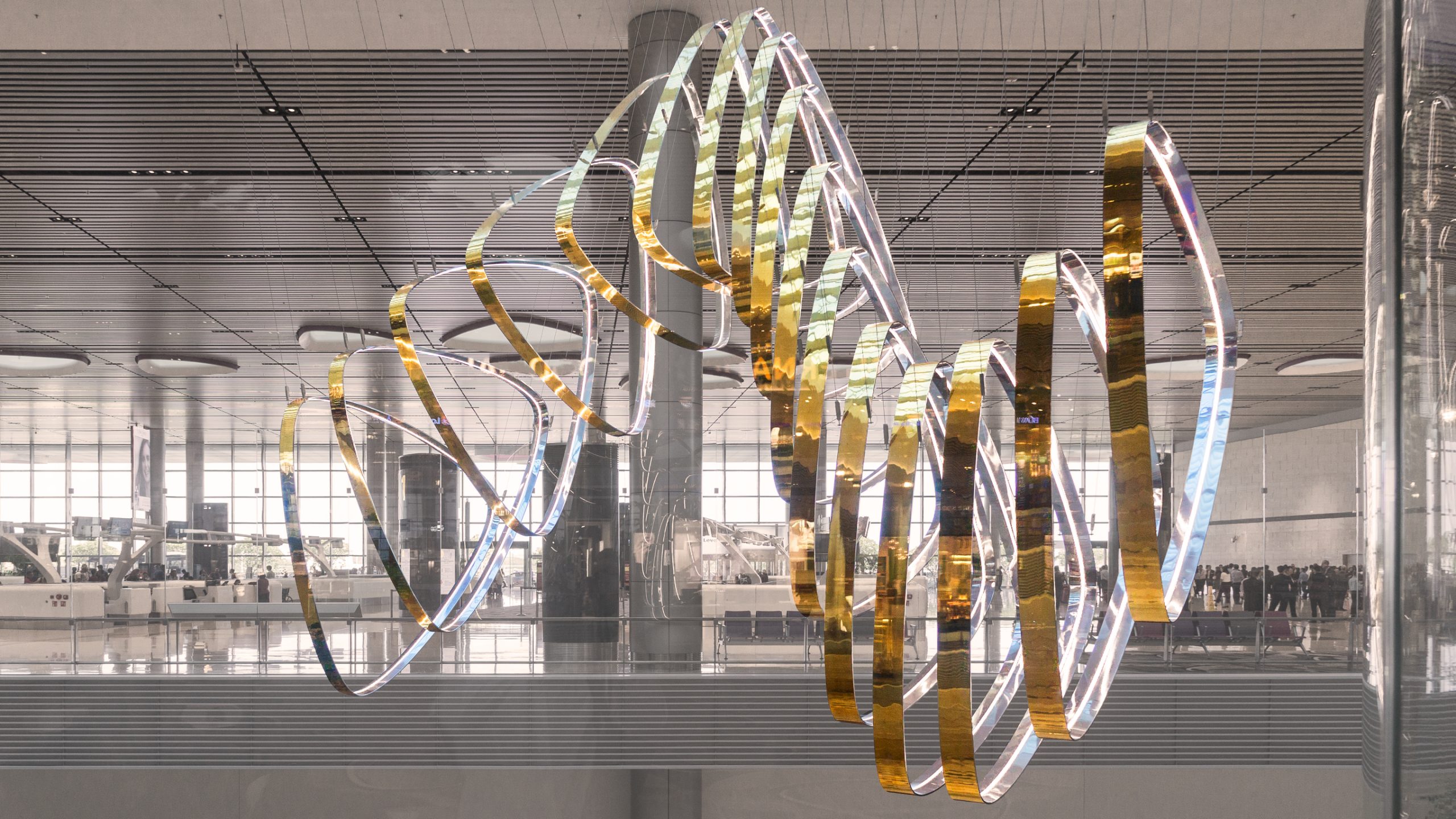 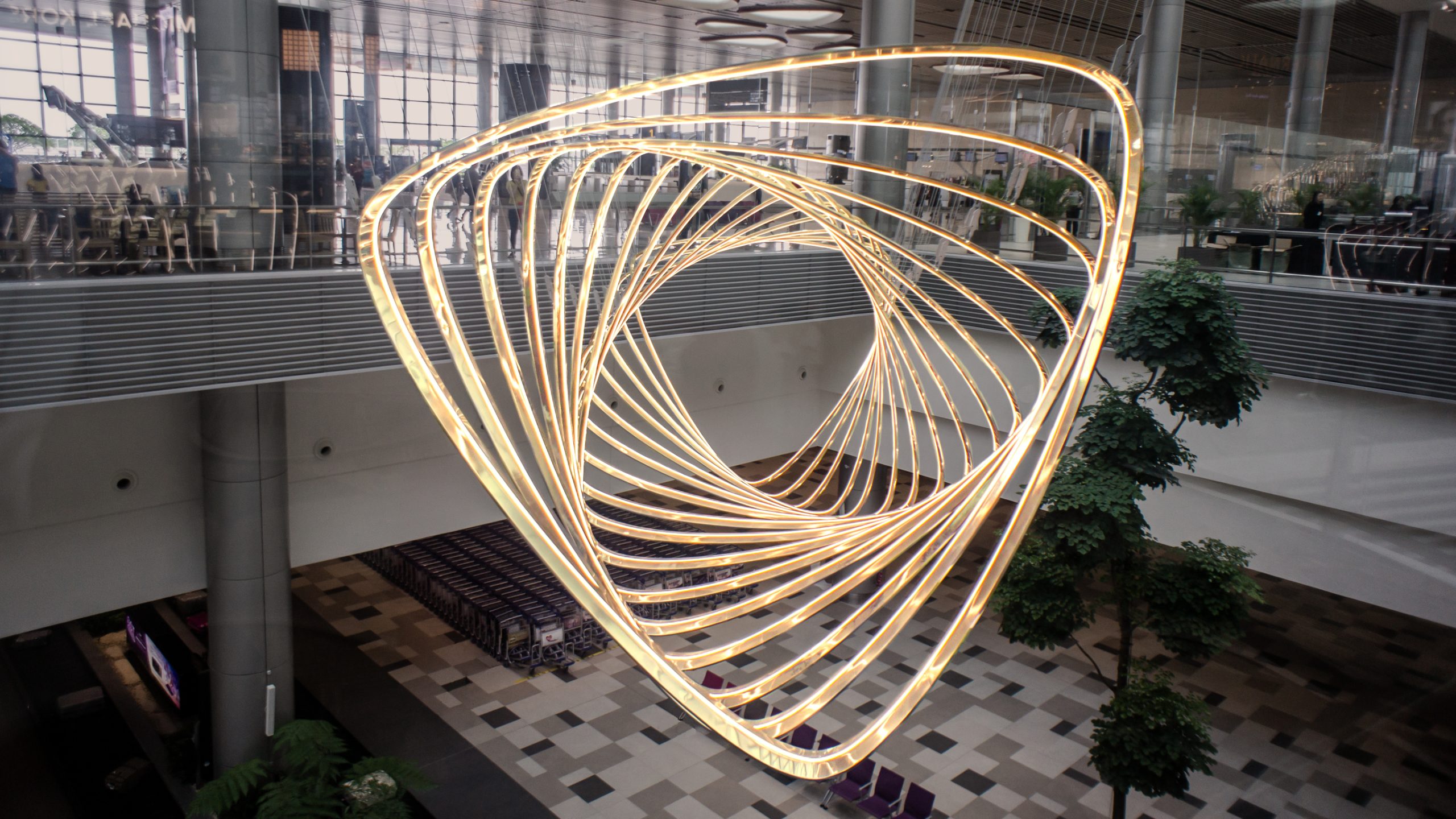 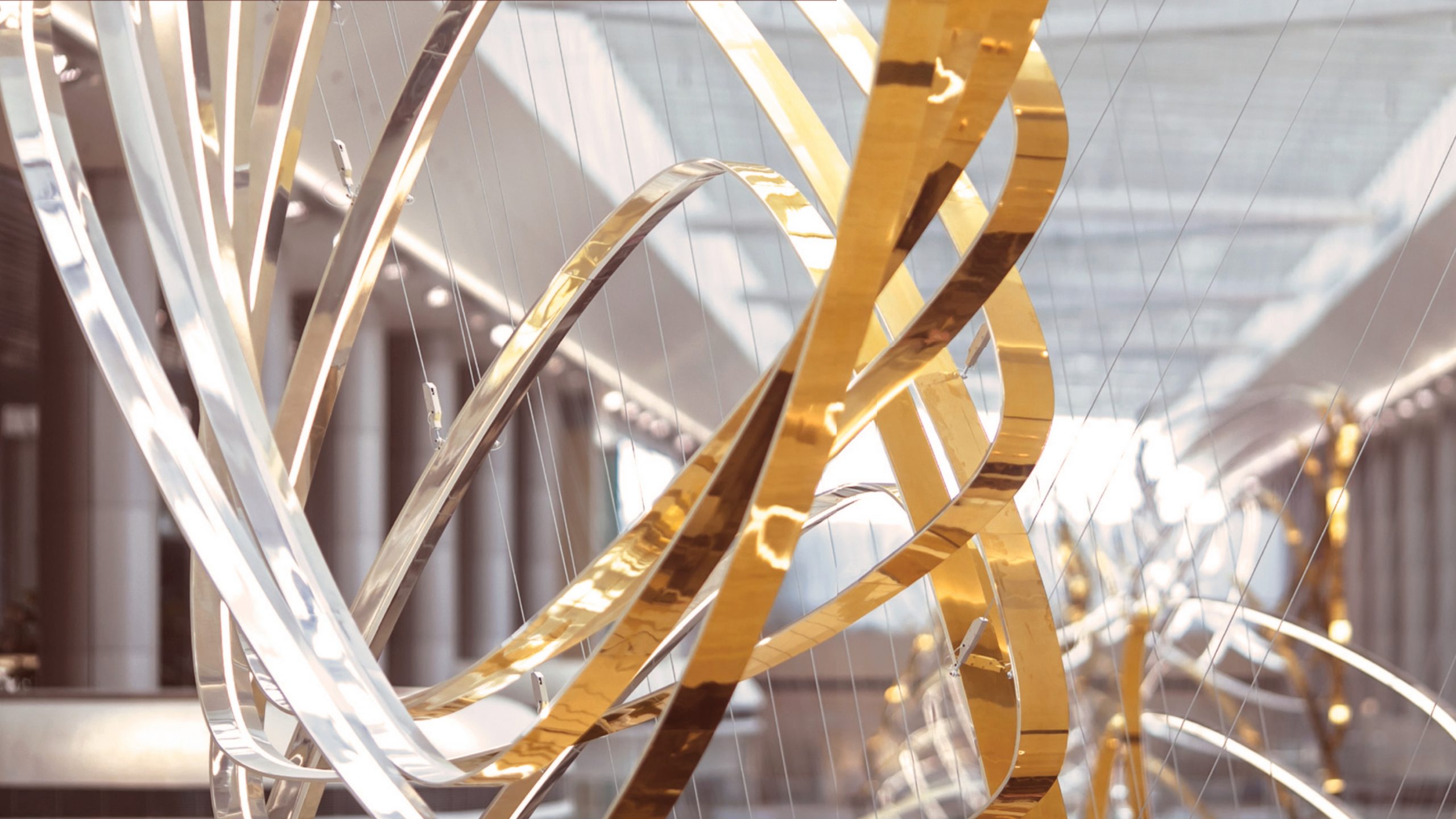 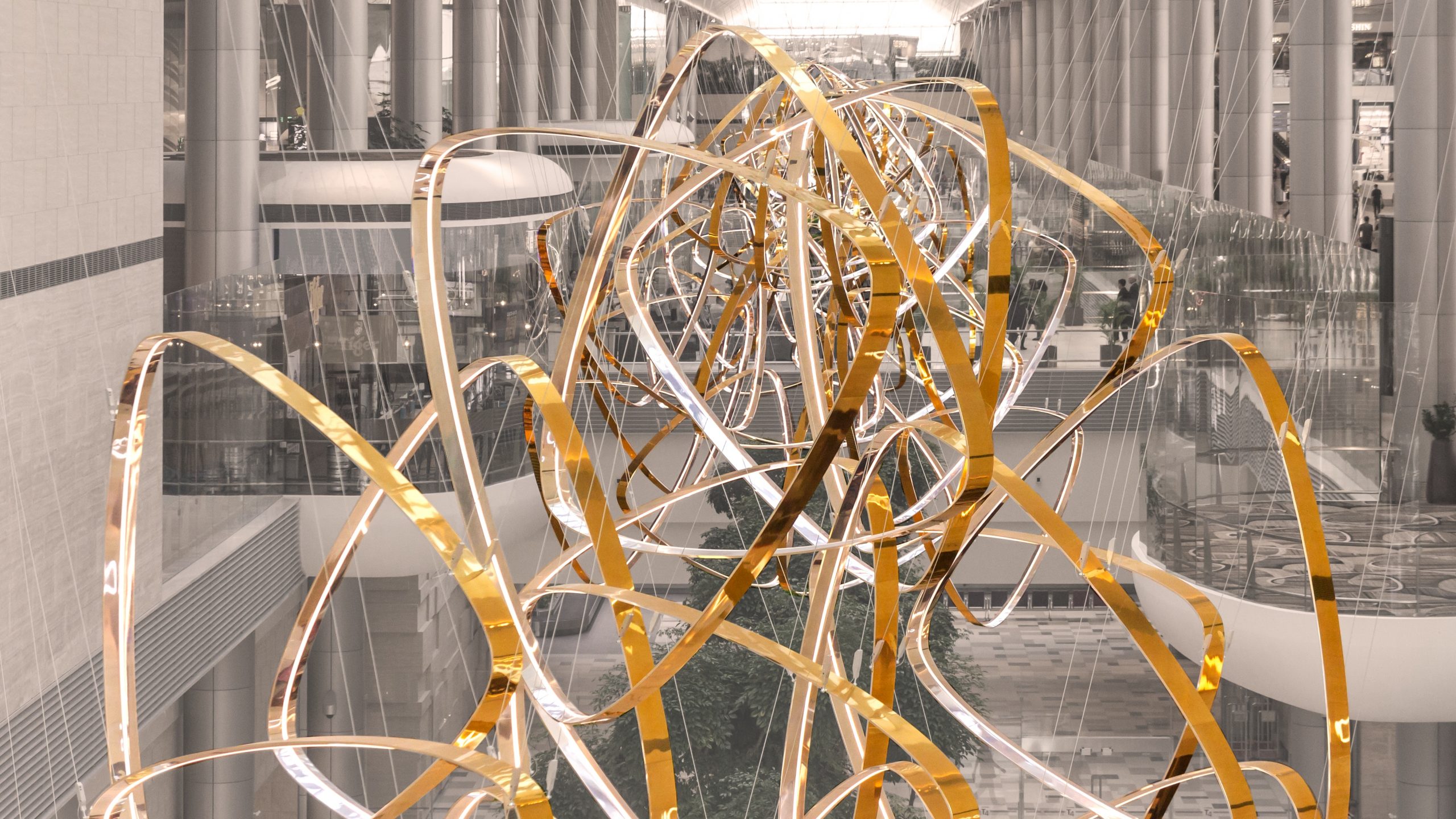 Petalclouds is the central artwork at Terminal 4 at Changi Airport in Singapore. The hexamerous kinetic installation was commissioned and produced within Terminal 4‘s elaborate art program. It spans across 200 metres under the roof of the Central Galleria.
Together, 16 aluminum elements form one of six kinetic sculptures, whose appearances constantly and fluidly change – similar to clouds. One algorithmic choreography defines the sculptures‘ movements. Form, movement, light and music create a synaesthetic experience and generate new formations.

The Changi Airport Group commissioned us with a task of creating a large scale installation in their newly opened Terminal 4, to create a sense of identity to the space as well as to induce calmness for the roughly 16 million travellers per annum. A particular challenge lied in the dimensions of the Central Galleria that stretches over 200m length, 18m width and 20m height, connecting transit and public areas. The design of Petalclouds’ basic element – a symmetrical petal shape inspired by orchid petals – is found throughout the architecture and interior design of the terminal.

The installation was developed in close collaboration with the client and all collaborators such as Icelandic composer Ólafur Arnalds (music), MKT AG (mechatronics) and the Takenaka Corporation (construction). After being commissioned, we started to develop the concrete shape and choreography of the kinetic installation. From the beginning, we collaborated with Ólafur Arnalds on the music.

The software for Petalclouds was built in-house and enables manual, algorithmic, as well as music based authoring of the mechatronic system. With its help, the choreography was developed. The music composed for Petalclouds plays through speakers at various places inside the terminal. Additionally, travellers in transit can listen to the music on their own cell phones, with the use of an app.