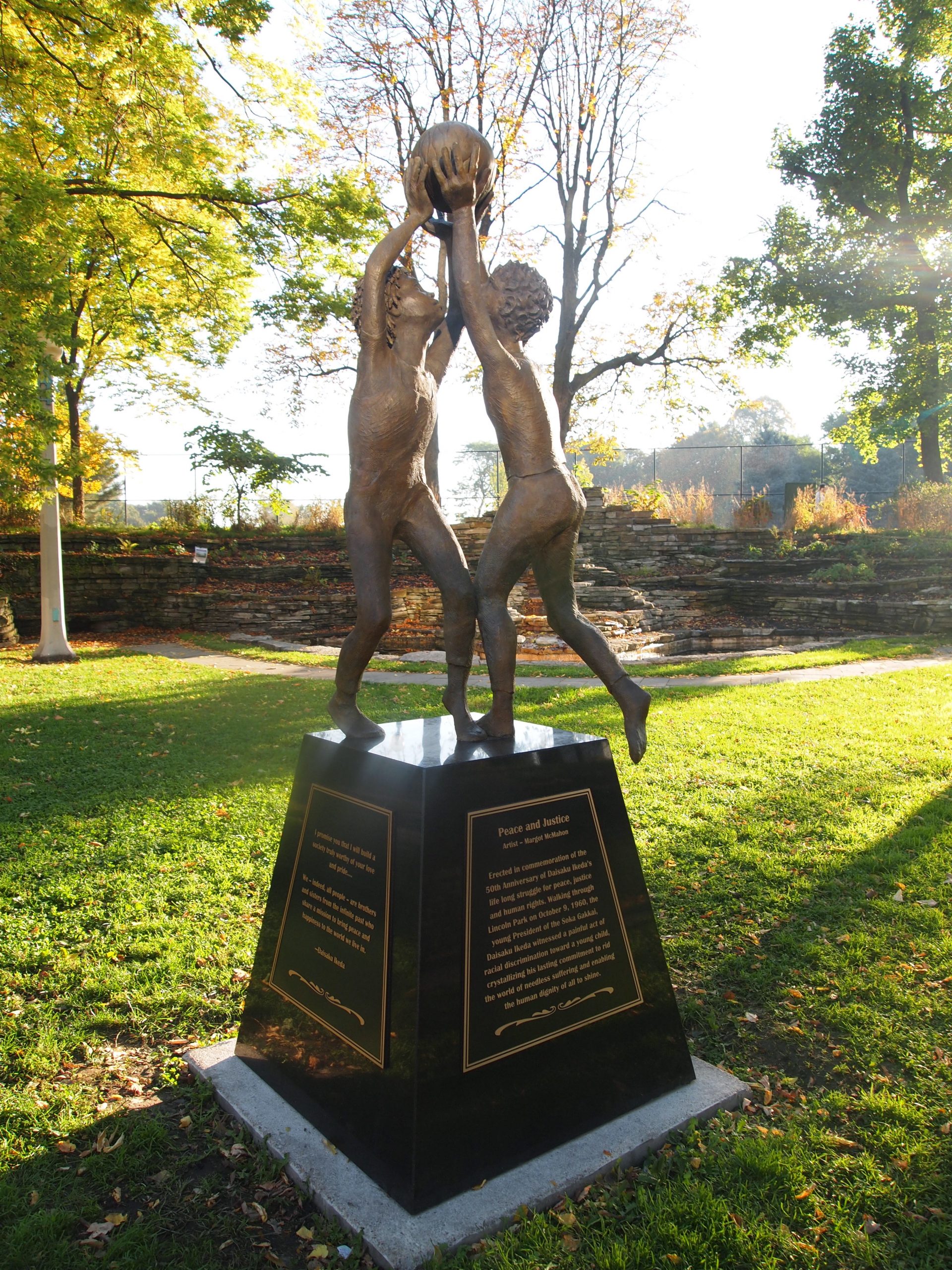 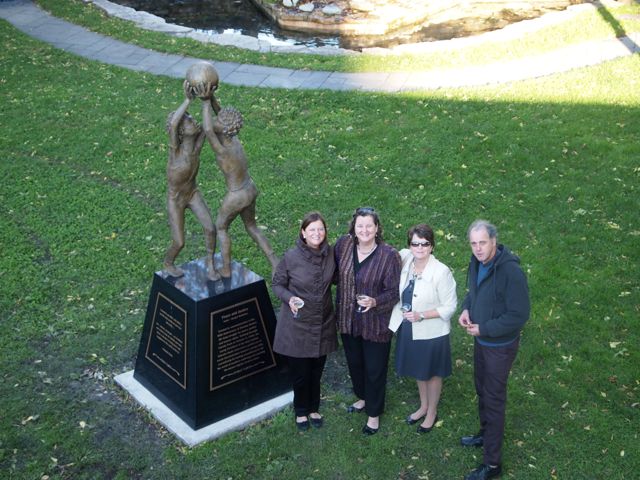 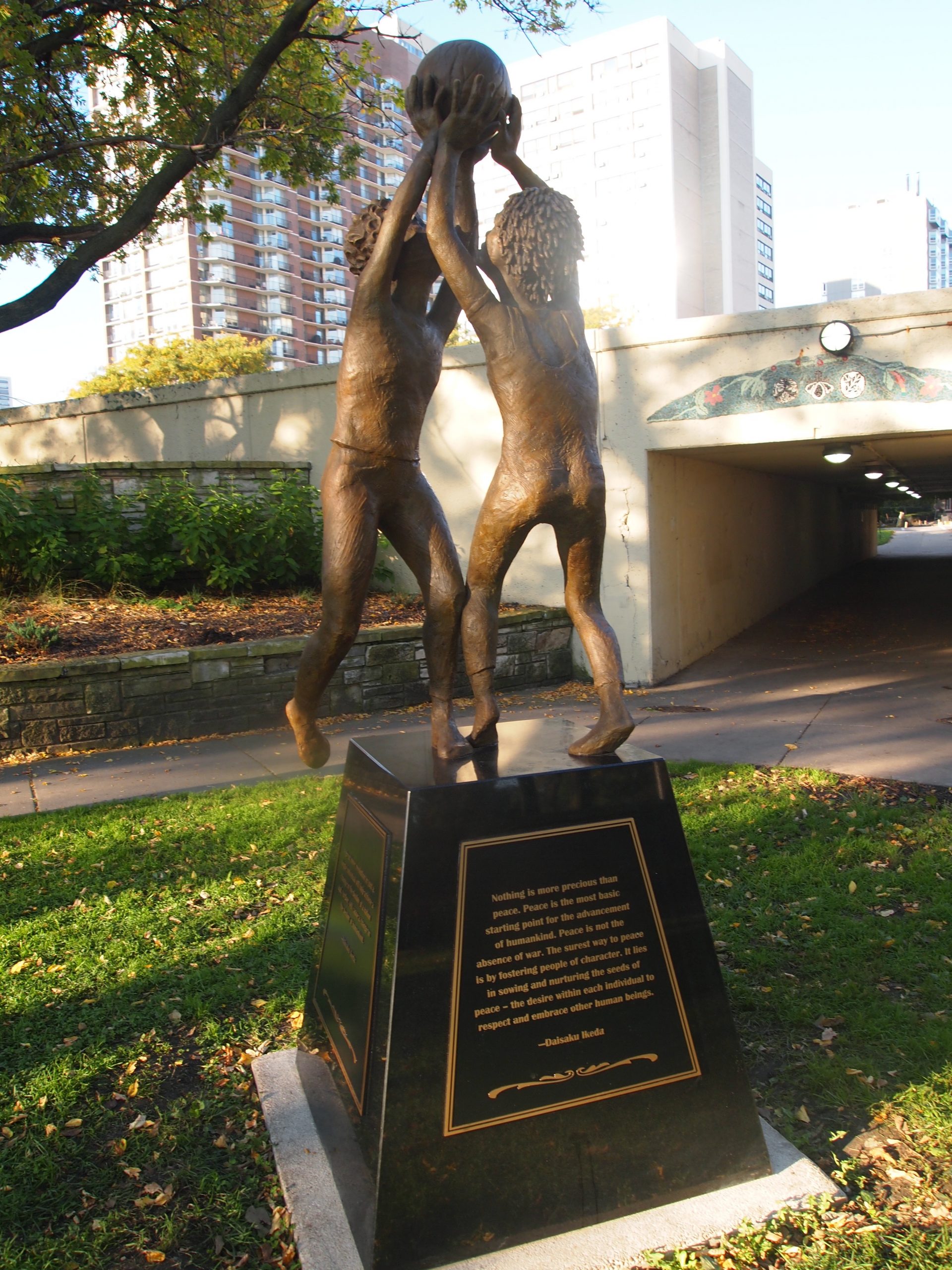 Commissioned by Soka Gakkai of Tokyo, Los Angelas and Chicago to commemorate a 50 year mission by President Daisaku Ikeda for social justice. Urged by witnessing an act of racial injustice in 1960 in Chicago's Lincoln Park, Daisaku Ikeda vowed to make his presidency a mission to rid the world of racial injustices. This sculpture marks a fifty year effort and shows two boys, one black and one white, who live on the same block and go to the same school. It also marks the next 50 years with this as their beginning.

"Peace and Justice" is installed in Lincoln Park's Peace Garden along the bike path and beside a multiracial and economically diverse community. The sculpture symbolizes the time when two boys of different races can play together and start their life with the same opportunities.

The story of the incident Daisaku Ikeda witnessed is written on the base of the sculpture which rise up to 10 feet tall to be seen from Lake Shore Drive.

Margot McMahon was commissioned by Soka Gakkai of Tokyo to commemorate the 50 year effort for social justice. She work directly with directors in Chicago to create and cast the sculpture as well as prepare the installation for the unveiling ceremony and cultural arts award ceremony.