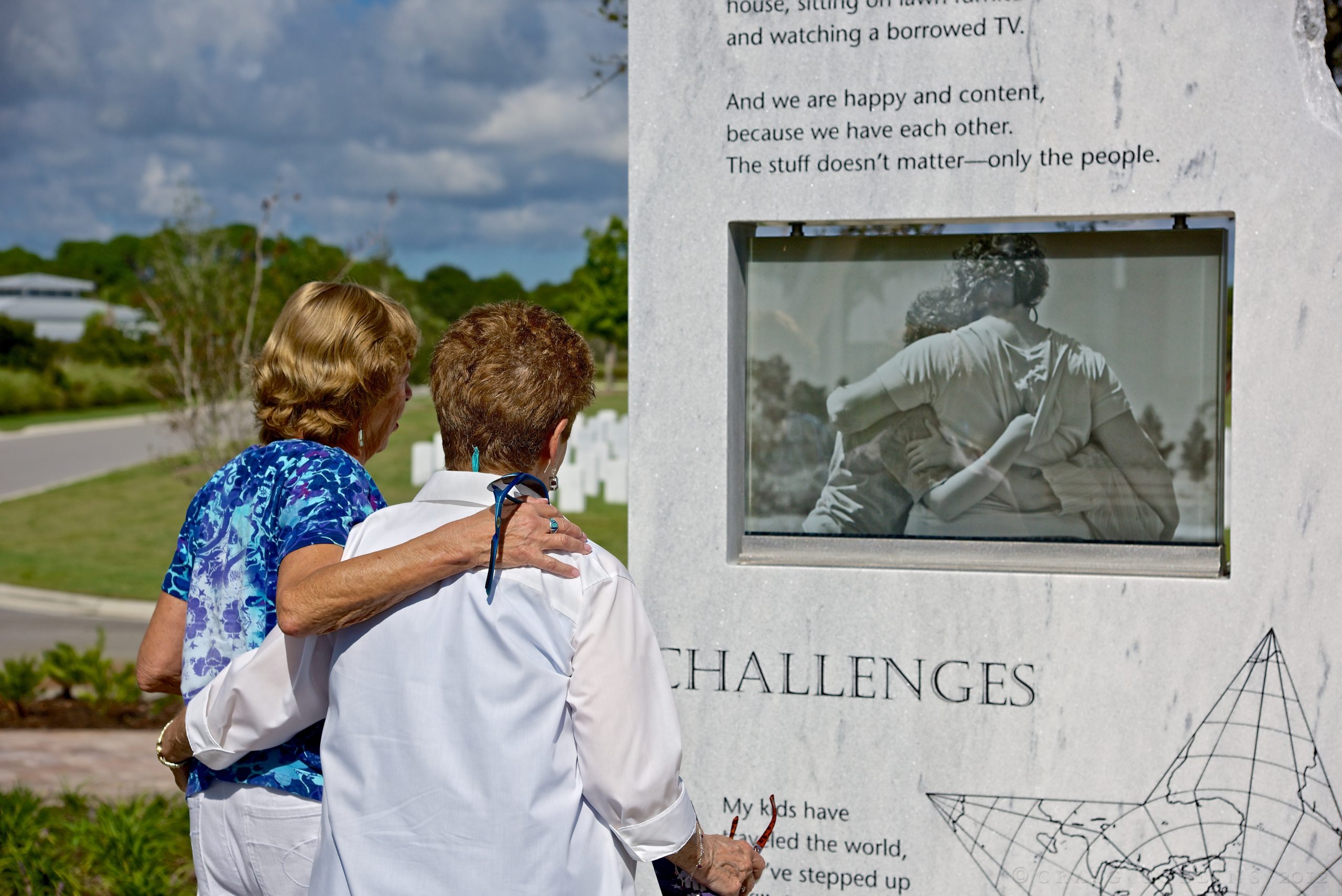 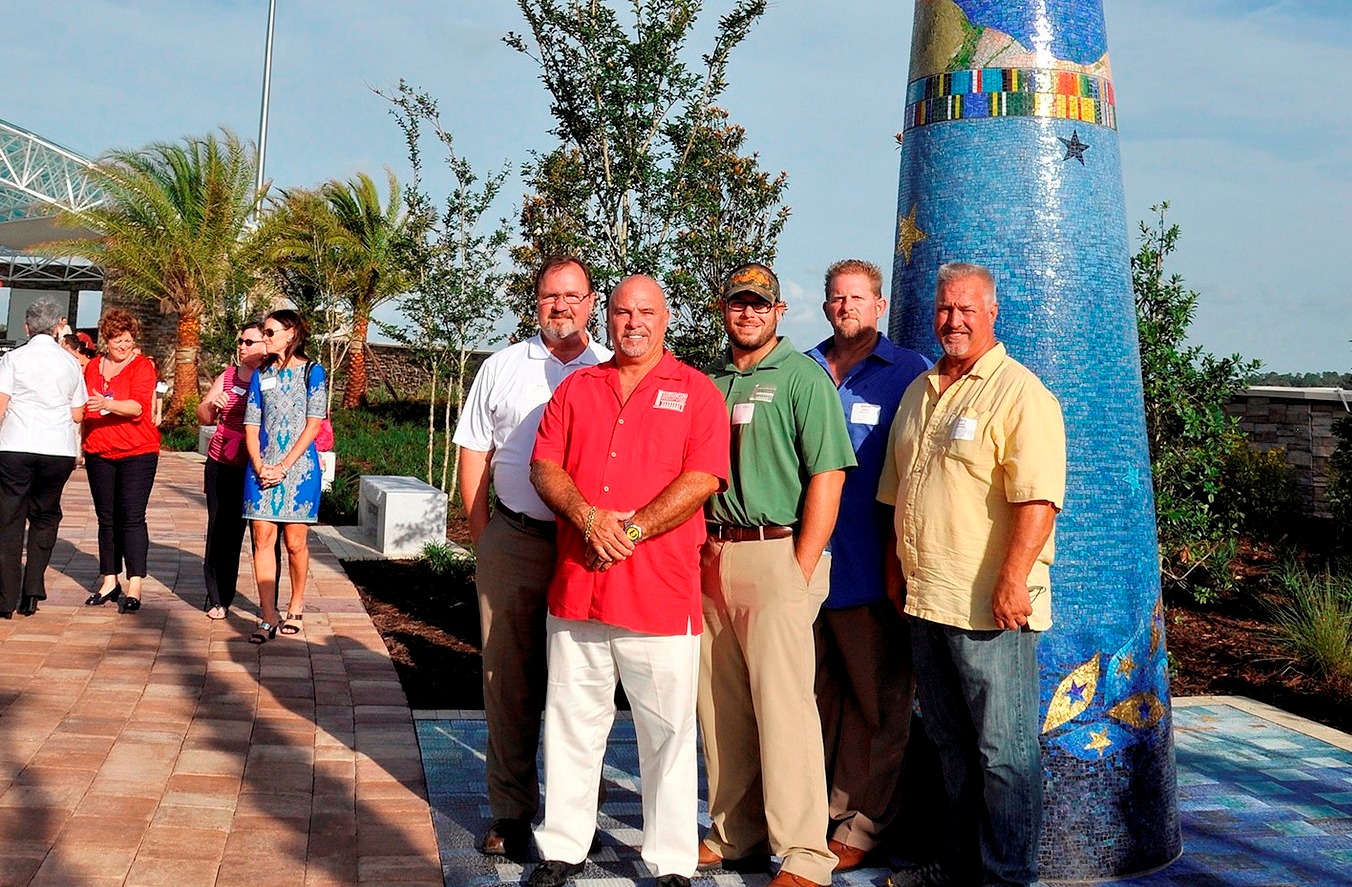 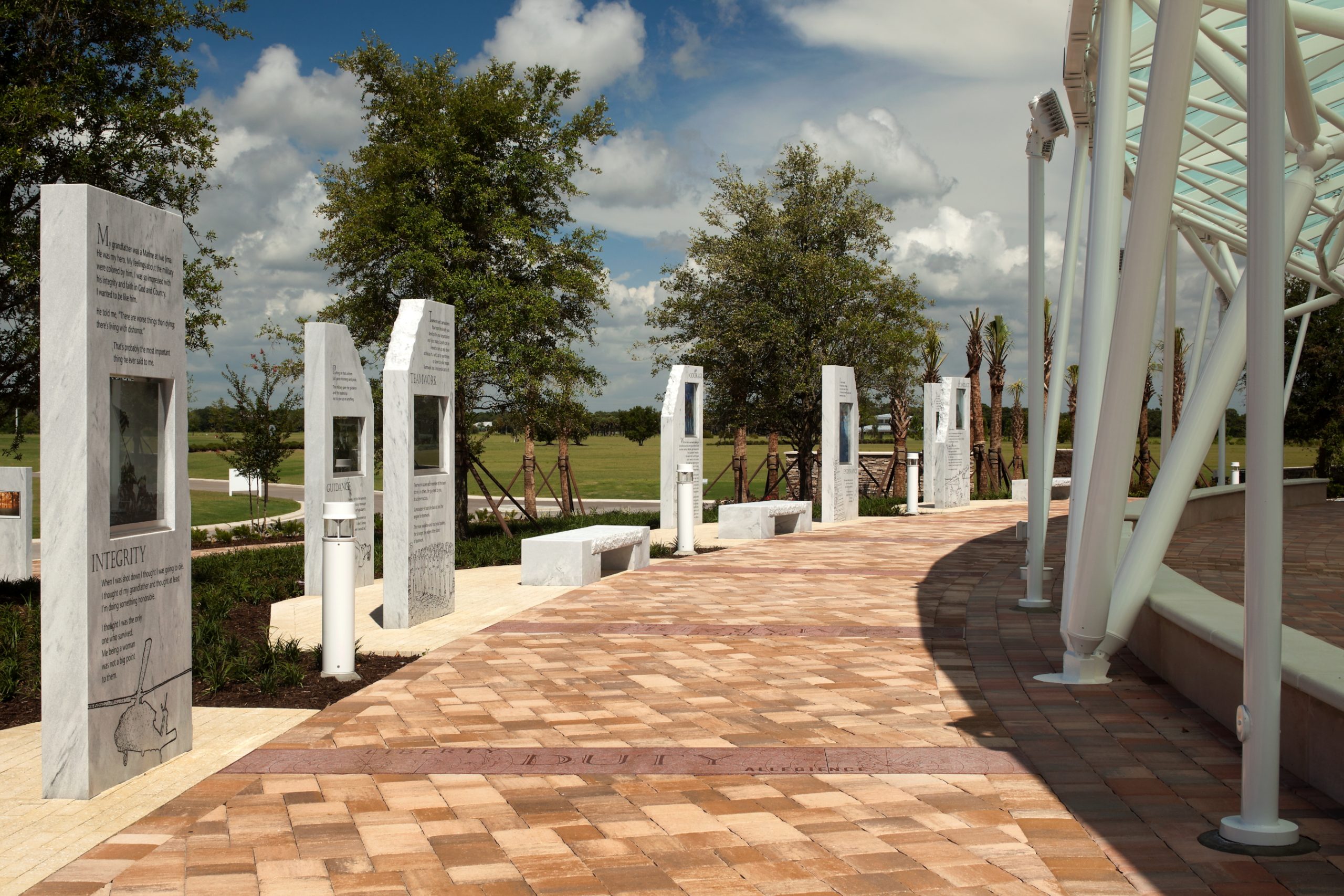 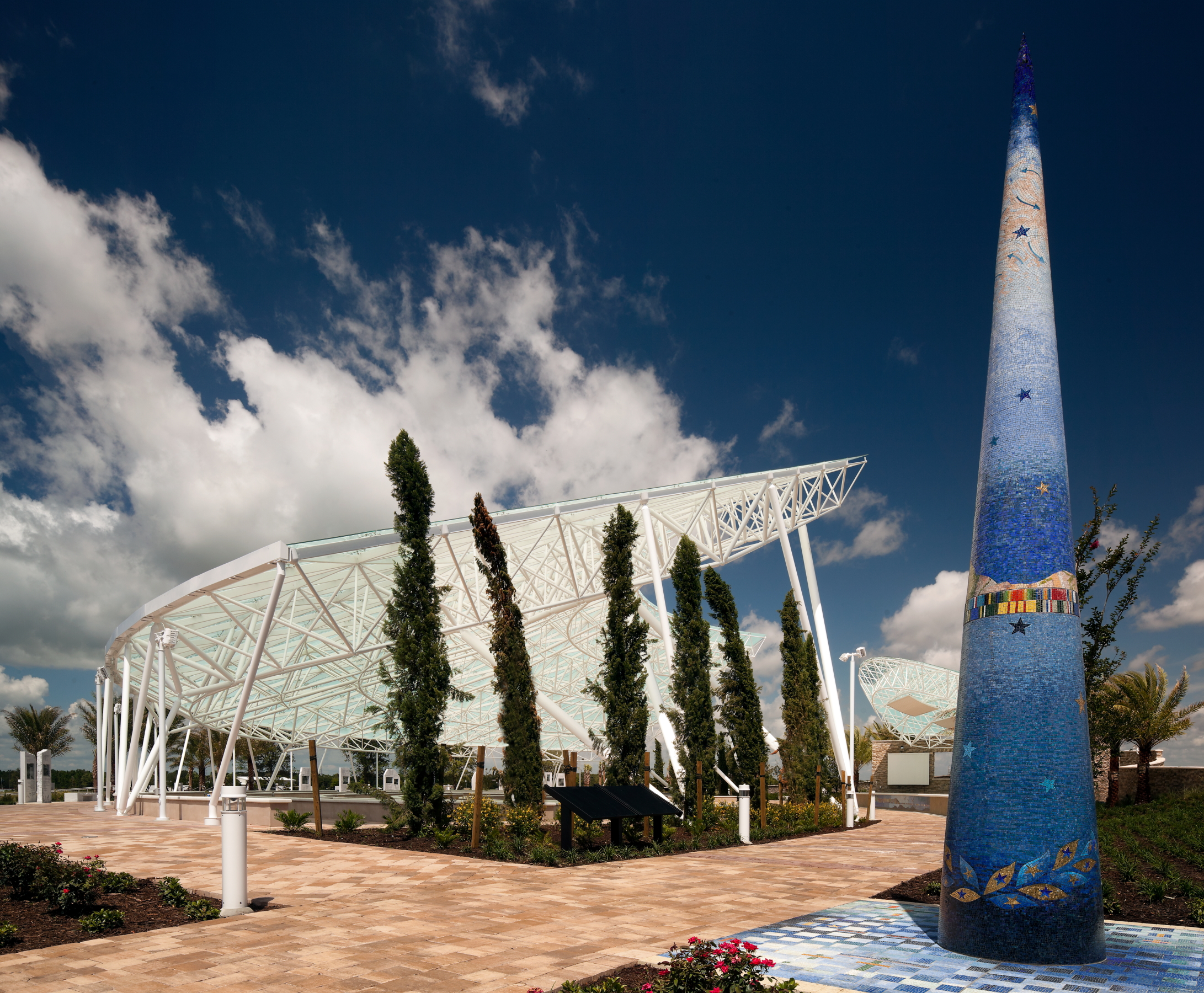 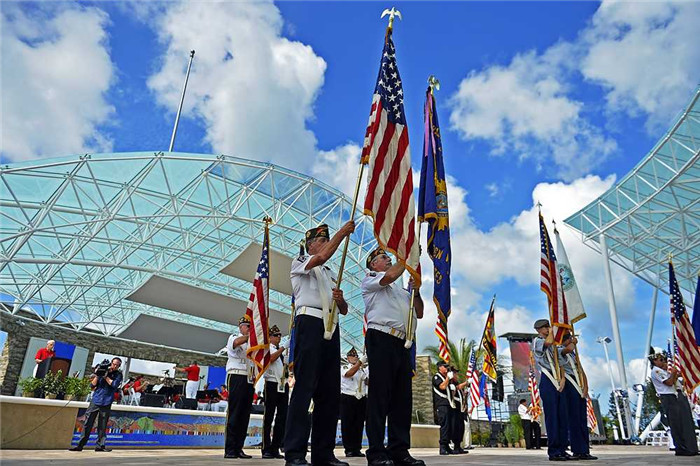 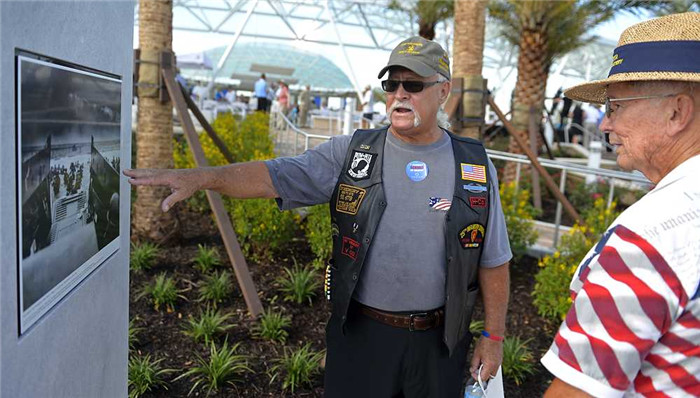 The Patterson Foundation decided to incorporate significant art into Patriot Plaza early in its planning in recognition of the power of art to communicate the goal of the project which was to “Honor Service, Inspire Patriotism” Embrace Freedom". Art was sought that told stories of military service and of military families for whom national cemeteries exist. TPF wished to create a space that was a destination for visitors interested in the military, art and history. The selection and incorporation of art was given a high priority. The Art Consultant was included in early design discussions and all members of the team, including project manager, architects and construction team, acted to support and accommodate the requirements of the art. Constructive meetings among designers, consultant and artists resulted in a seamless process in which artists and designers continually adjusted to reinforce the impact of the art and the overall design.

Art team and designers developed compatible conceptual programs for the space. Both desired an uplifting, energized space and were concerned with helping visitors enjoy the long circulation pathways. Both desired open sight lines; visual connection between the areas of the large elliptical space; lightness and transparency; and contemporary design vocabularies, as opposed to visual recapitulations of traditional military architecture and art. Each responded to the other’s program with changes, adaptations, deeper thinking. Lead artist Larry Kirkland took a wall concept and broke it up into eight pairs of sculptural wall segments named tablets, with space in between and a sculptured bench for each – opening up the space and visually linking the art with the field of graves across the road. Designers added recessed “roomlets” off the path for tablet pairs, creating a setting for viewers to spend as much quiet time as desired with the art, which includes text. Kirkland chose the same white Georgia marble as the cemetery headstones, compatible with the white canopy structural beams. also a strong design statement. Designers adopted Kirkland's benches for the entire site. Similar dialog occurred with other artists.