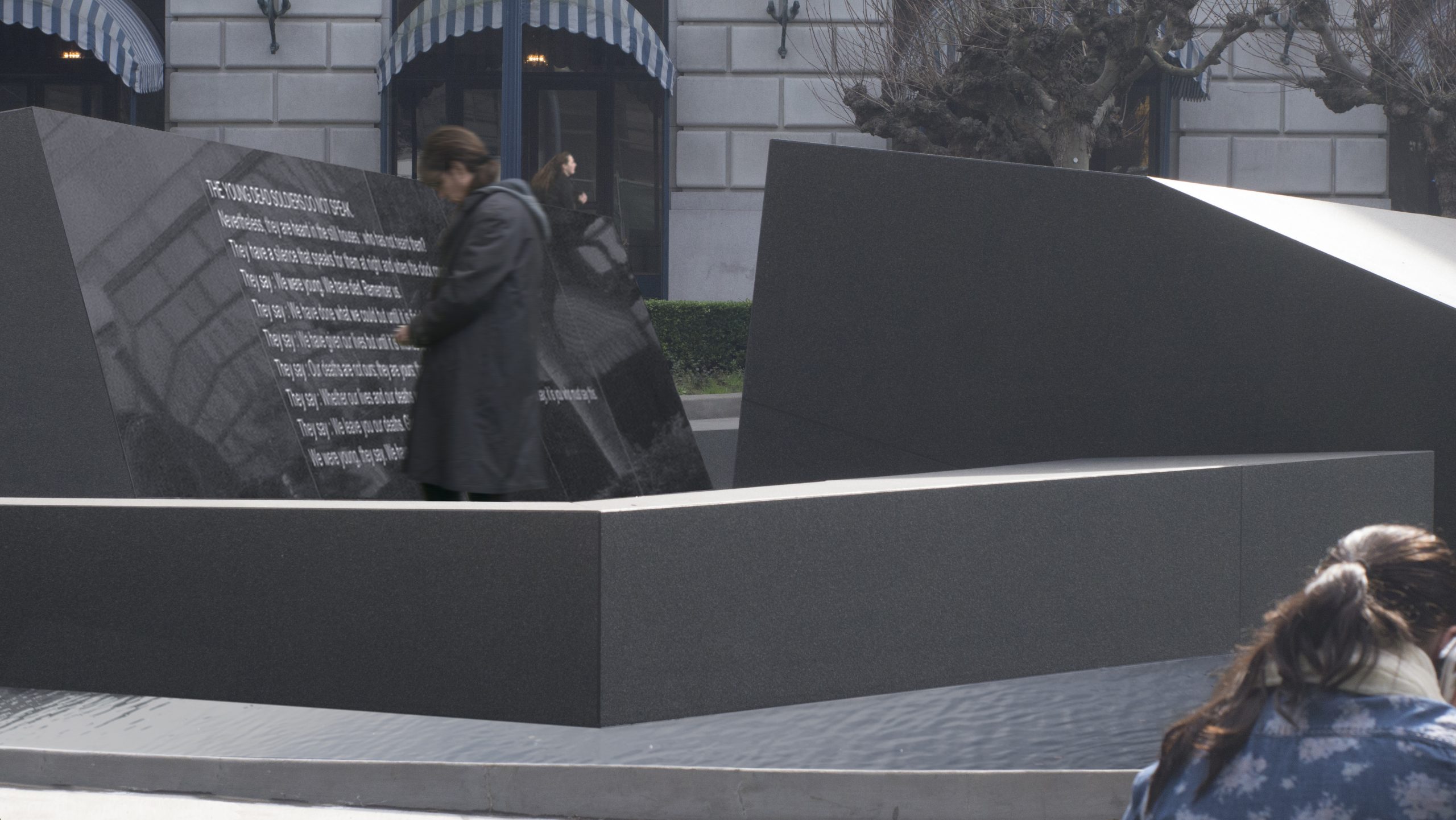 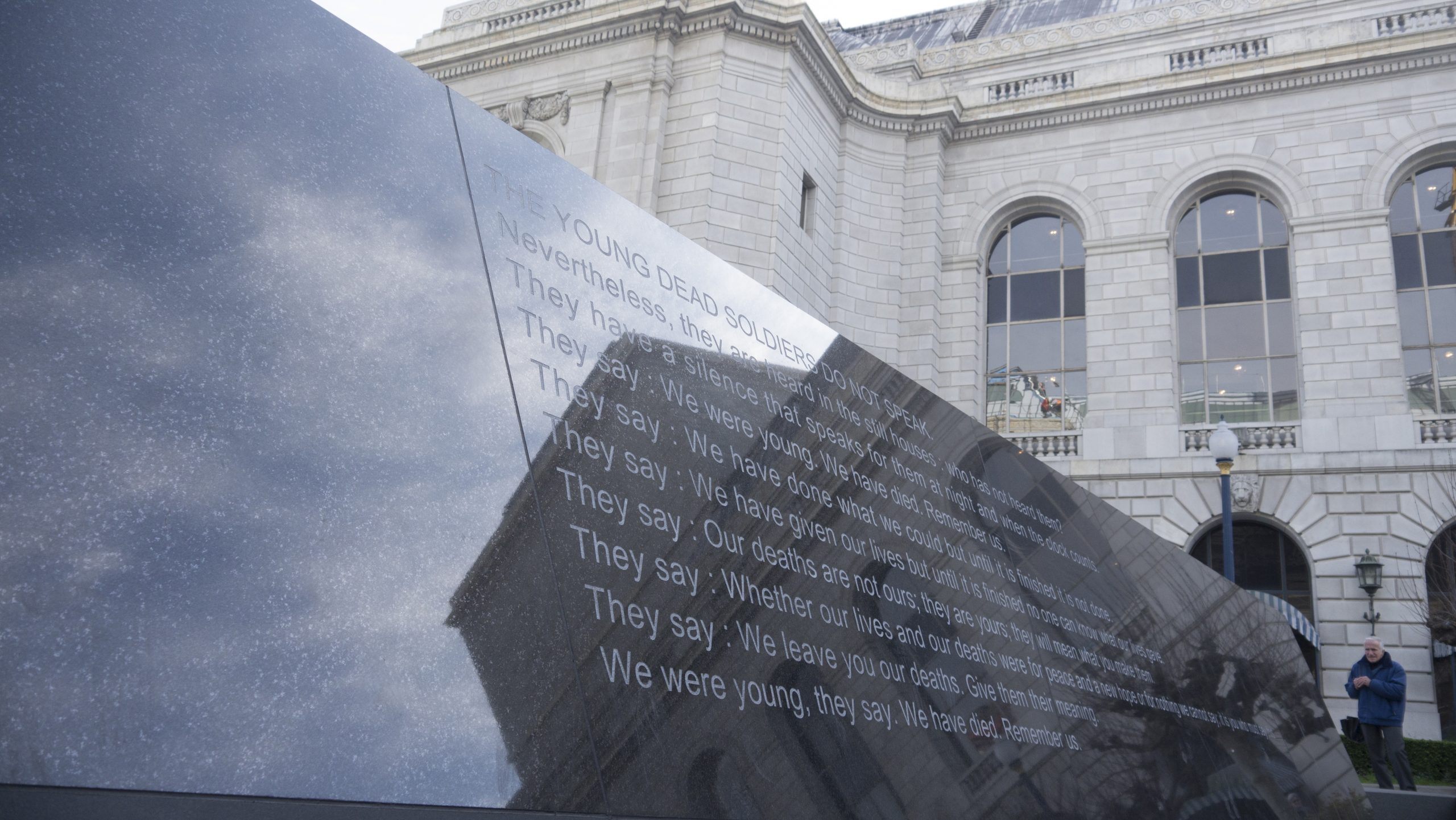 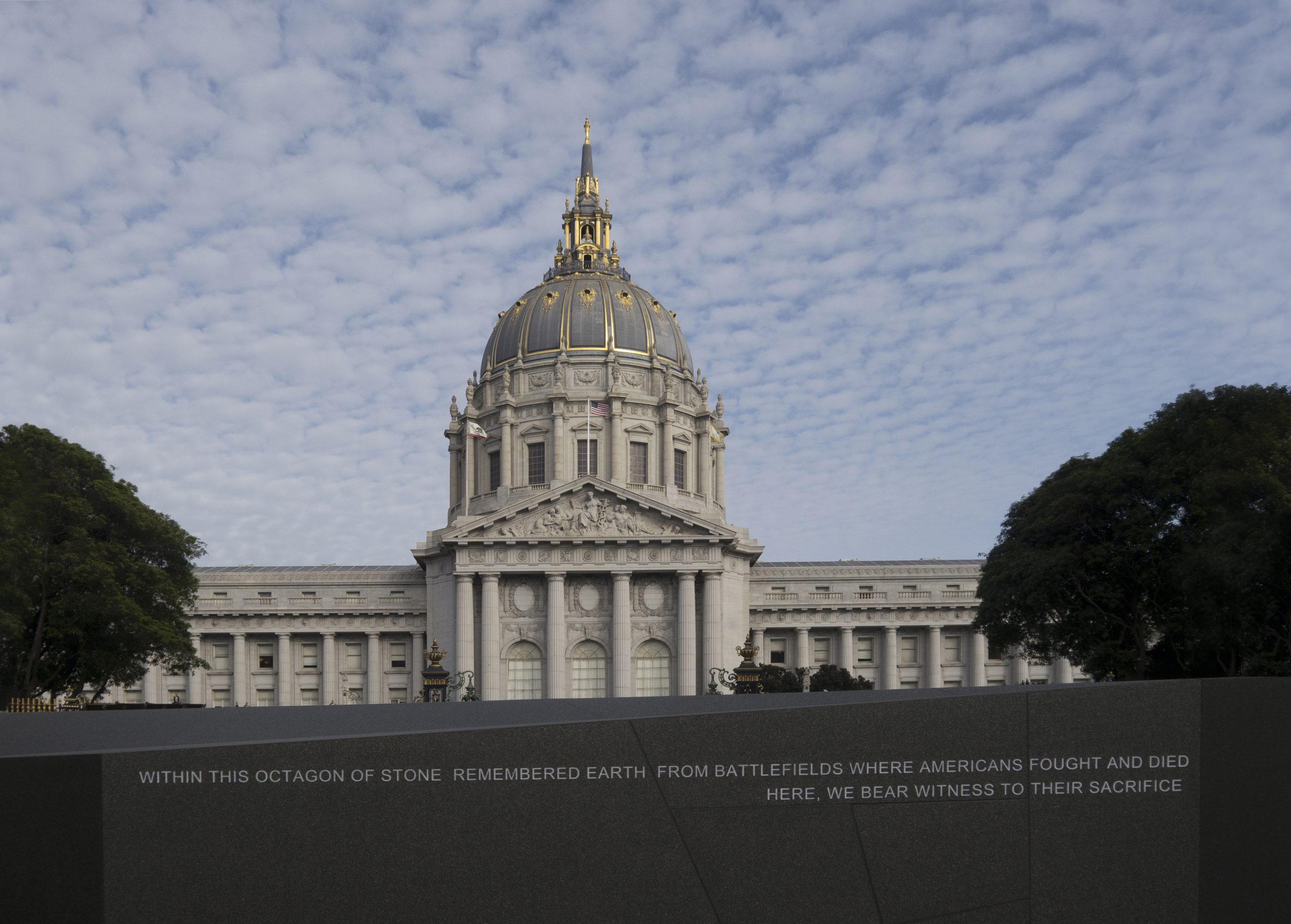 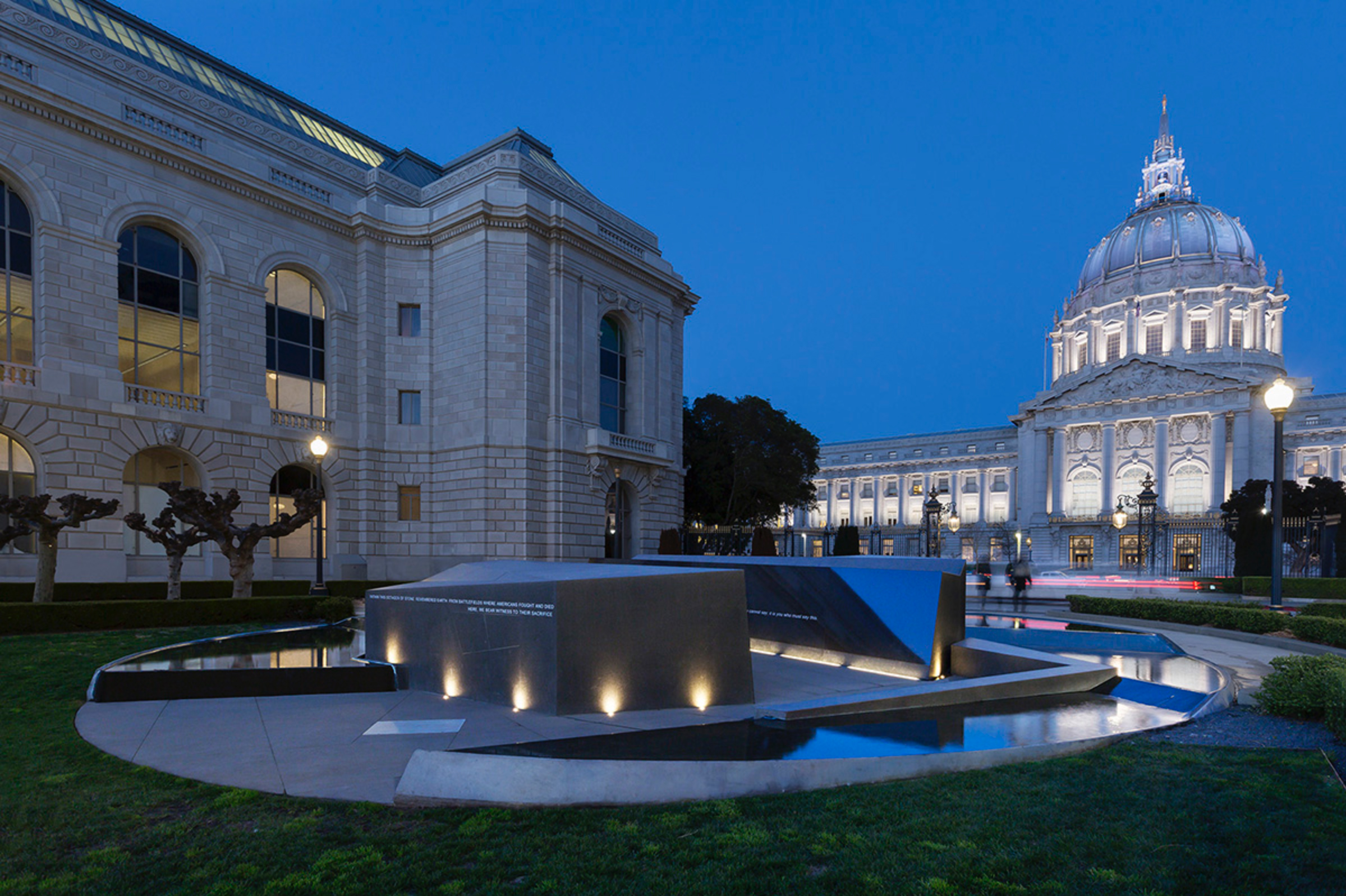 The competition project goals were to create a site for contemplation, honor the commitment and sacrifice of those who have served, respect the Thomas Church design, not restrict views of City Hall from Memorial Court and use no iconography from any branch of military service.

Our design draws from the symbolism of Church’s plan and is built upon the geometric forms of his historic design. It is defined by the circle at its perimeter, reconceptualized as a fountain of angled pools. You enter on a sloped path that wraps an octagon of faceted planes of stone. A passage within the center holds the soil from battlefields where Americans fought and died. One wall of the passage is unmarked. On the left, a poem by World War I veteran Archibald MacLeish. The path continues to meet the garden, a sloped plane of grass that defines Memorial Court. From the garden, the polished black stone of the memorial fountain captures the reflection of the sky on its surface. The sloping central lawn creates a processional from the west. The elevation change re-focuses attention toward the Memorial and offers a physical and metaphorical separation from the bustle of the Civic Center.

The project was a collaboration with Andrea Cochran Landscape Architect, Horton Lees Brogden Lighting Design and CMS Fountain Design. We worked closely with the San Francisco Arts Commission, the San Francisco War Memorial Board of Trustees and the San Francisco War Memorial and Performing Arts Center staff who administers and maintains the site. The historic significance of the site presented unique challenges. The design team had to first establish what parts of the existing site were considered original to the Thomas Church design and develop the project so that these historic elements were preserved. The other challenge was the need to create a public space that would be appropriate for the day-to-day use of civic center visitors as well as a Memorial designed for the public gatherings and ceremonies of the veteran community. The project went through several iterations from winning competition entry to final design.

The Memorial invites contemplation of what the soil held here means today, what it meant to the men and women who strove for it, what it means for the future, what it means when a democracy goes to war. It’s a personal conversation held in a public space. “The Young Dead Soldiers Do Not Speak,” The Archibald MacLeish poem engraved in the cut through the octagon, continues that conversation between the living and our war dead. They ask for us to give their deaths meaning, to remember.