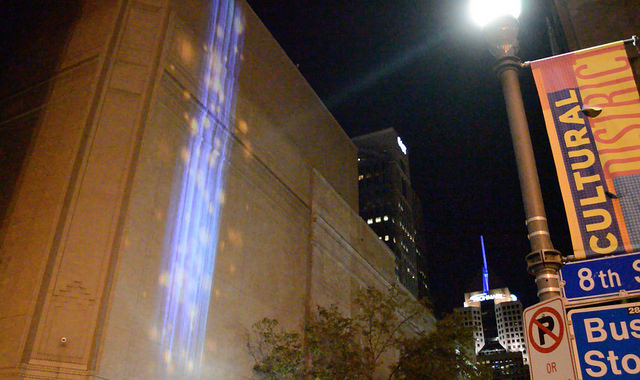 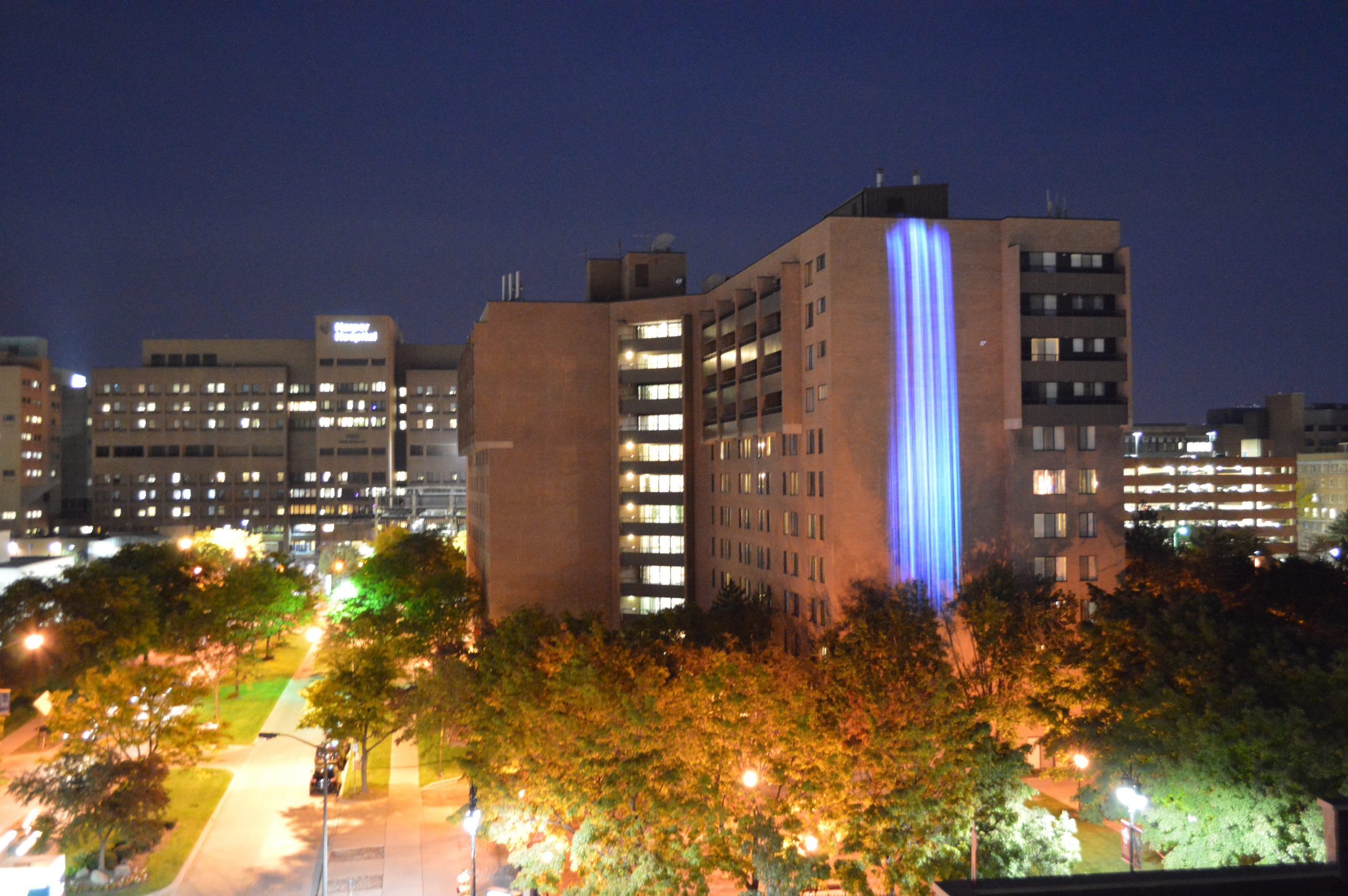 Particle Falls is a real-time visualization of air-quality data.

An instrument called a nephelometer takes in air samples to analyze the amount of particulates in the surrounding air. It generates data that is then converted by a computer program and sent to a projector, where it is then visualized in in bursts of bright color over a constant background of falling blue light. Increasing frequency of the crackling dots of color indicates a greater concentration of particles. The visualization updates with new particulate data every 15 seconds.

Although air is invisible, it has a major impact on public health. In London, early results of a recent study commissioned by the mayor suggest that 4,300 people die prematurely every year as a result of poor air quality in the city*. Despite the invisibility of air, modern sensors can detect tiny particulate pollution levels in real time. Particulate matter (PM 2.5) is air pollution caused primarily by emissions from automobiles, trucks and other diesel and gas-burning vehicles. It is monitored because of its danger to human health.

Particle Falls had been originally produced for the Citiy of San Jose. It has been presented in Philadelphia, Pittsburgh, Logan Utah and Detroit. Partners working on the project have included meteorologist Tim Dye, artist Chuck Varga, Ryan Romero and other students in Polli's research laboratory at the University of New Mexico, The Social Media Workgroup. Thanks to MetOne instruments for particulate monitoring equipment and calibration.

Particle Falls is a dramatic public work that highlights particulate pollution from transportation emissions, raising awareness of its presence and impact. Because the public is not familiar with the speed and impact of invisible particulate pollution and the unpredictable nature of local wind patterns, the responses of Particle Falls are often unexpected and chaotic, emphasizing the fragile and unstable nature of our Earth's atmosphere and the human role in increasing instability through anthropogenic climate change. To learn more about this project visit http://sensingchange.chemheritage.org/sensing-change/art/particle-falls