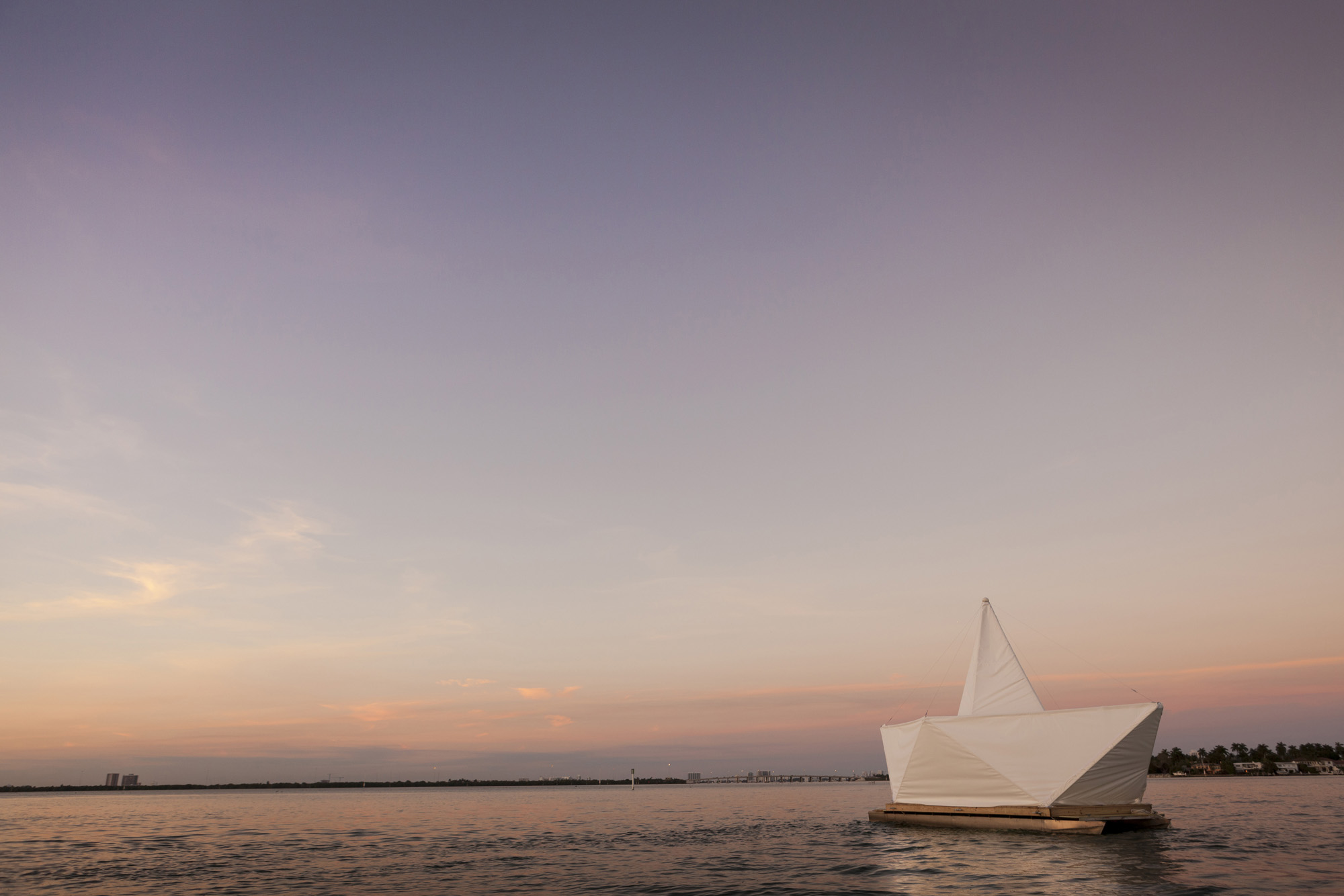 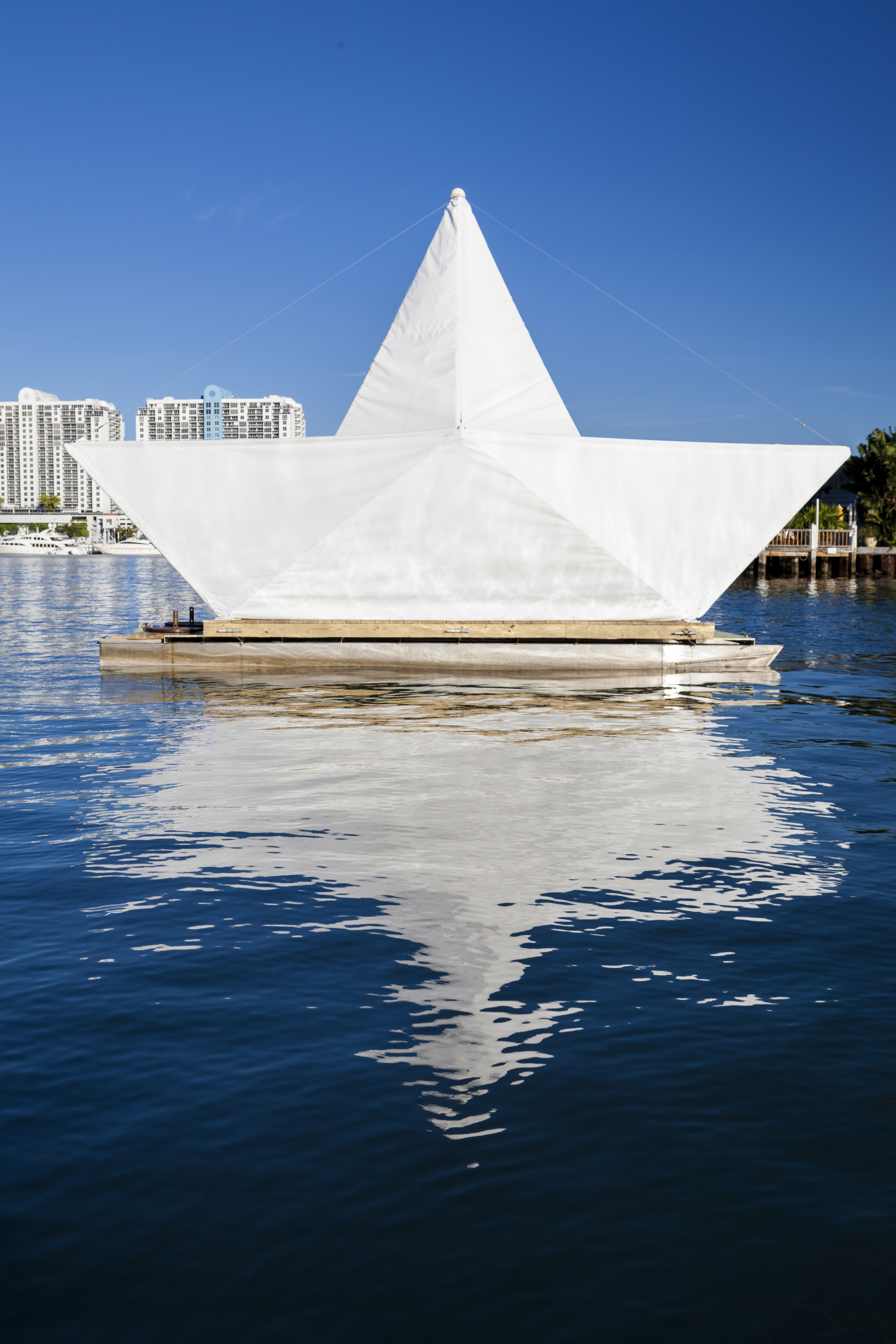 When Art Basel begins, a 30-foot-long, 15-foot-high, 15-foot-wide “Paper Dreams” will be floating on Biscayne Bay. Made of bamboo poles, wires, and sails, the Paper Dreams has at its core a hammam – fashioned of wood and Lucite – that is illuminated, beacon-like, at night. Designer Luis Pons, influenced by the paper boats children make, equates his interpretation of one to a glowing offering to the universe, in which we deposit our deepest, purest wishes, so that they float in our imaginary “water world.” And it will all be happening alongside the architecturally inspired backdrop of Miami’s Standard Hotel.

Pons’ boat celebrates Miami’s biggest asset, water - the natural element that connects each individual in the city and defines its identity. To that end, it encourages a dialogue about the Miami waterfront space, spurring us to make proper use of our resources and maintain their integrity, doing our best to ensure a seamless connection between the natural and artificial worlds. “The Miami waterfront has rarely been taken into consideration as an urban pedestrian space”, says Pons. “There have only been a few urban park developments that respond to their environment, and provide people with an urban space along the waterfront, giving pedestrians the opportunity to relate and connect to the water”. One of the rare projects in the area that successfully makes this connection, notes Pons, is The Standard which his Paper Dreams relates to - quite literally. The Hotel’s interior is just as artful, with fluid and organic lines, subtly recalling nature. And the property’s Spa includes a Hammam, of which Pons’ Paper Dreams is meant to be a visual extension. It is a subtle tribute to The Standard’s smart, sensitive architecture, as well as the water - and all the dreams it so gracefully contains.