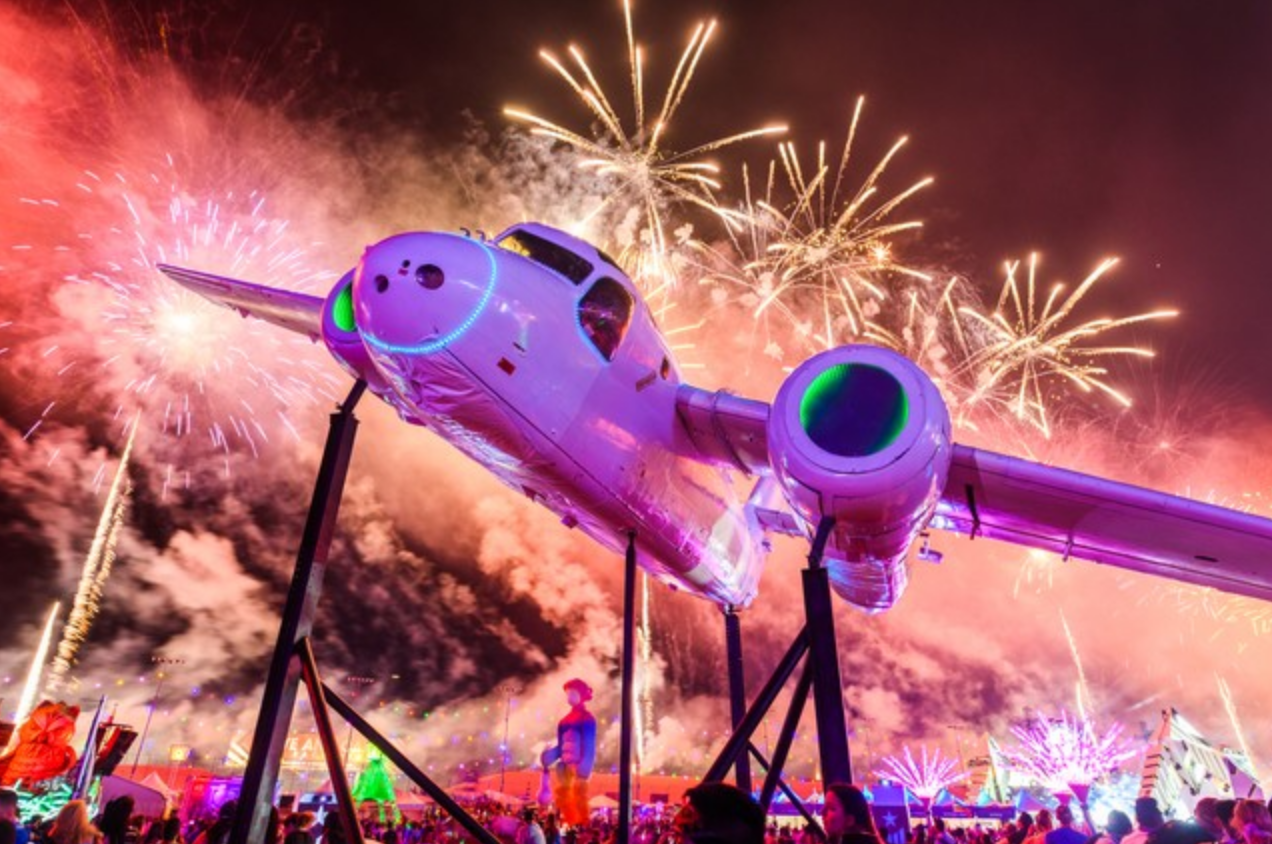 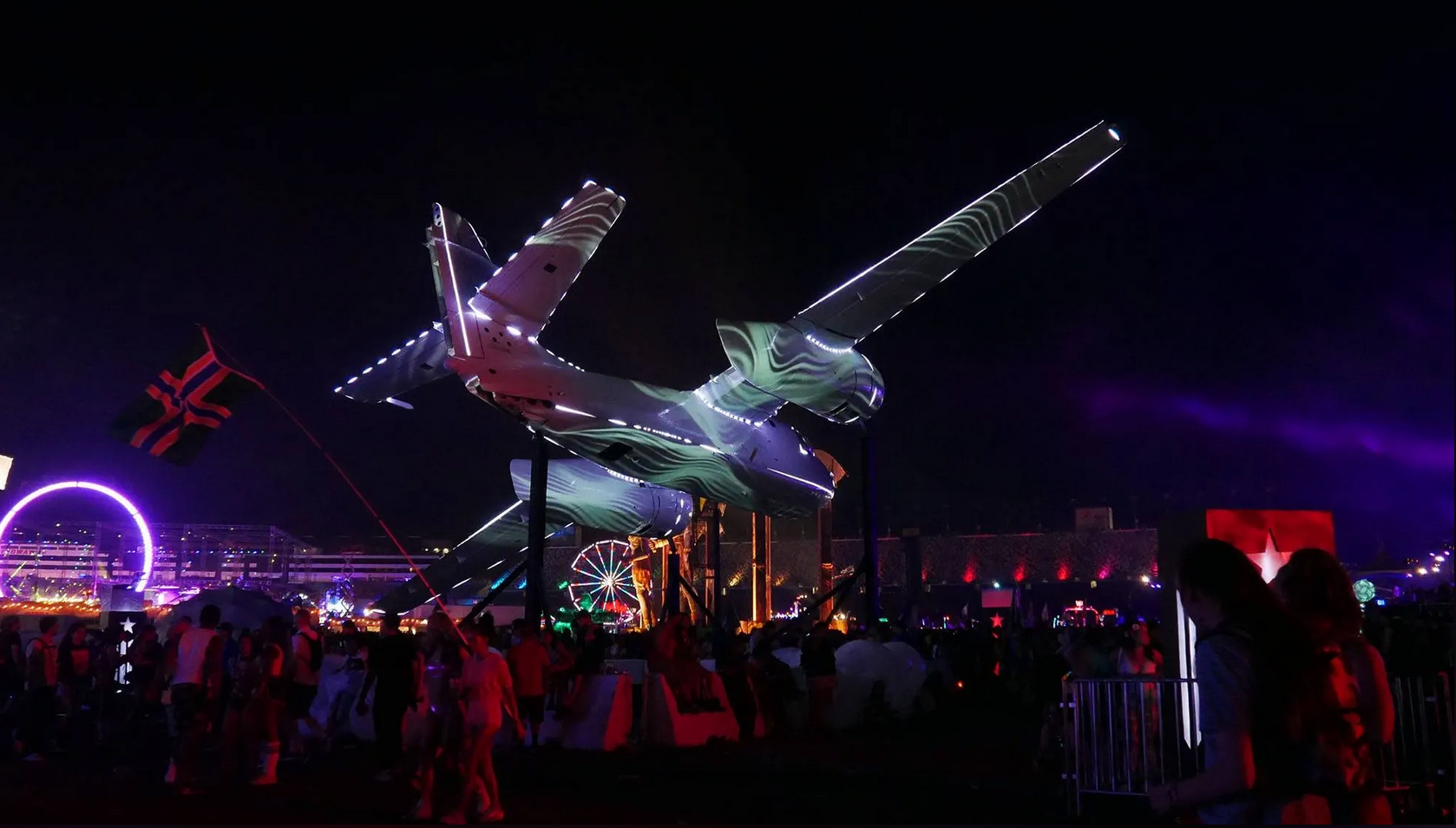 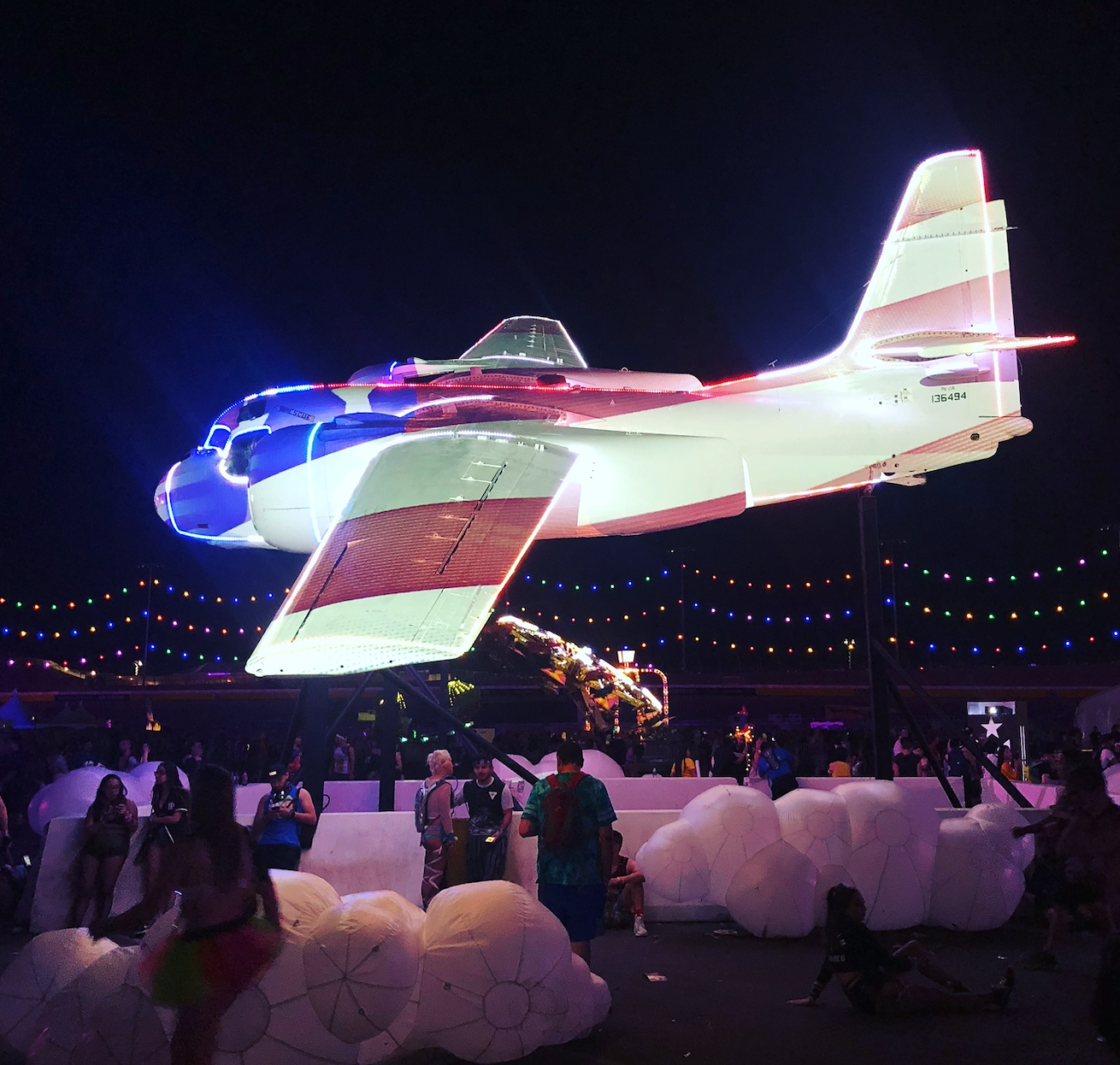 Once a WWII Naval bomber, the original plane was built in 1957 and put into service in 1963 to perform surveillance and bombing missions during the Vietnam war. After the war, the plane was stationed in Florida until 1976 when it was sold to the California Division of Forestry (CDF) along with seven other planes.

The CDF bought eight of the Grumman’s -2A Trackers, re-purposing five and leaving three behind in a civilian scrap yard for 42 years. After finding the plane, it was just as important to understand the plans history so obtaining the flight logs from the CDF proved to be invaluable. Learning more of the Grumman’s torrid past of killing and warfare, the vision was clear.

Still riddled with enemy bullets holes in its fuselage, the Panda Plane is now a symbol of transformation. Once a machine that destroyed life, Panda Plane provides hope for change while inspiring wonder and magic through art.

Striped down:
No engine or landing gear
8,000 lbs