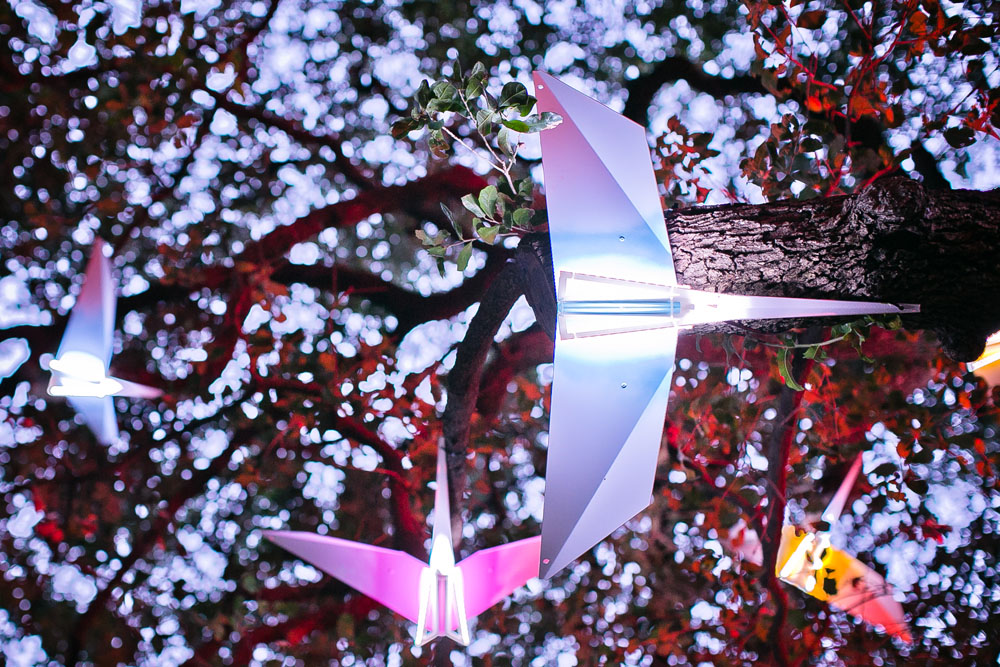 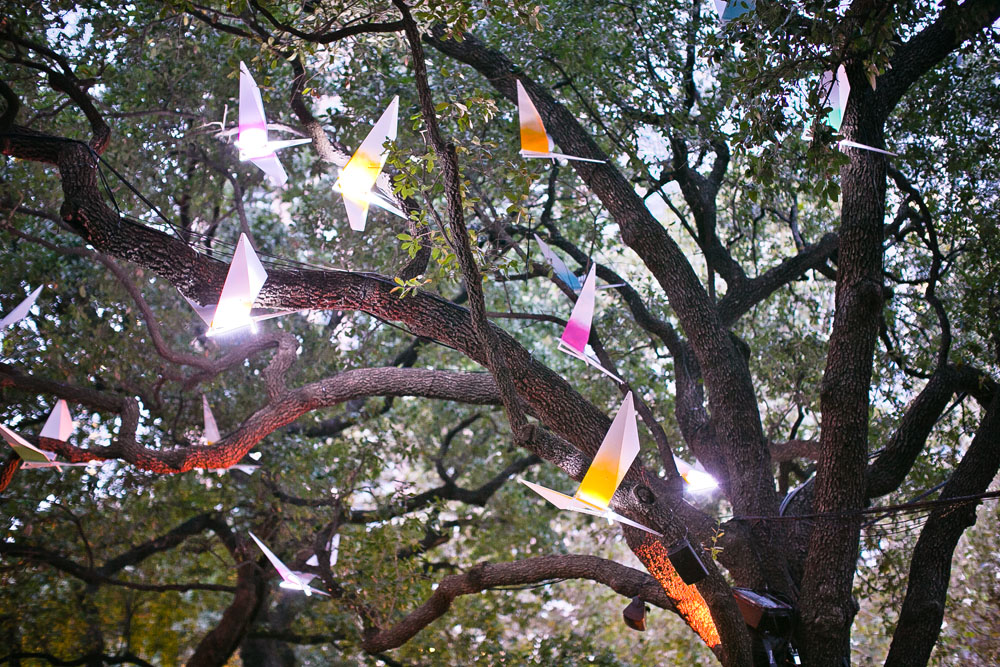 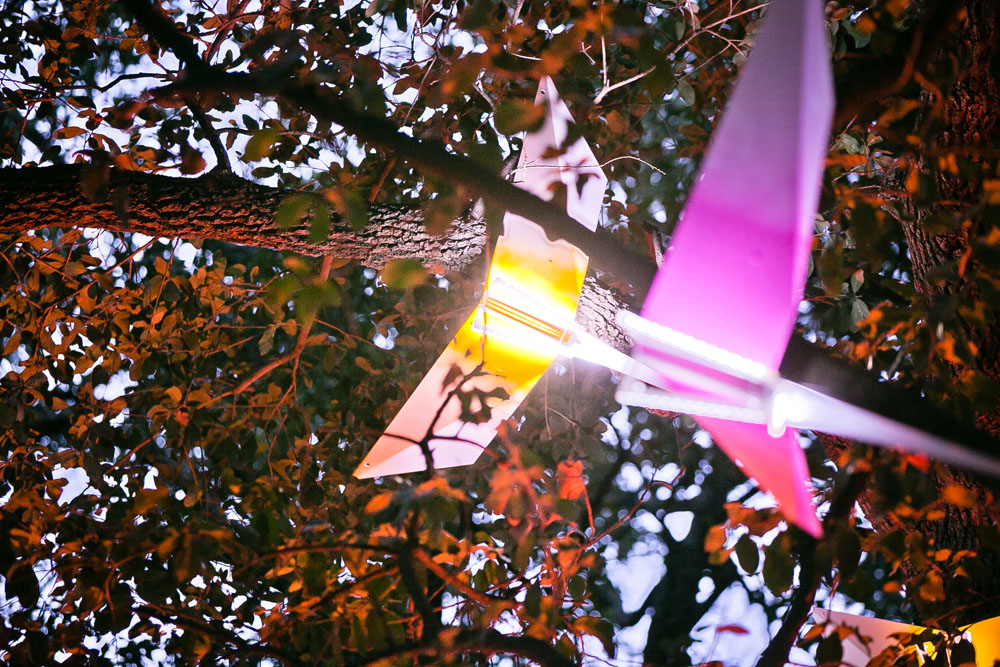 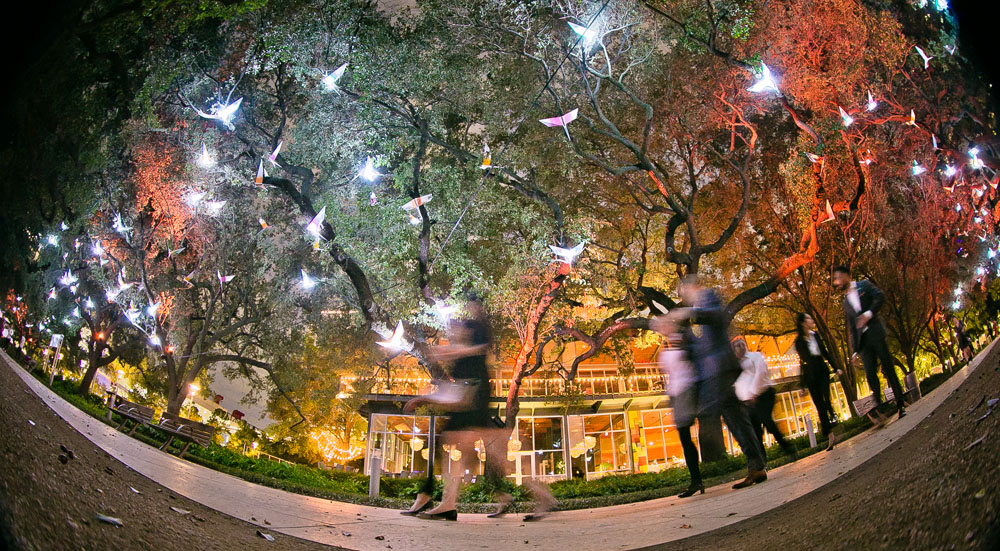 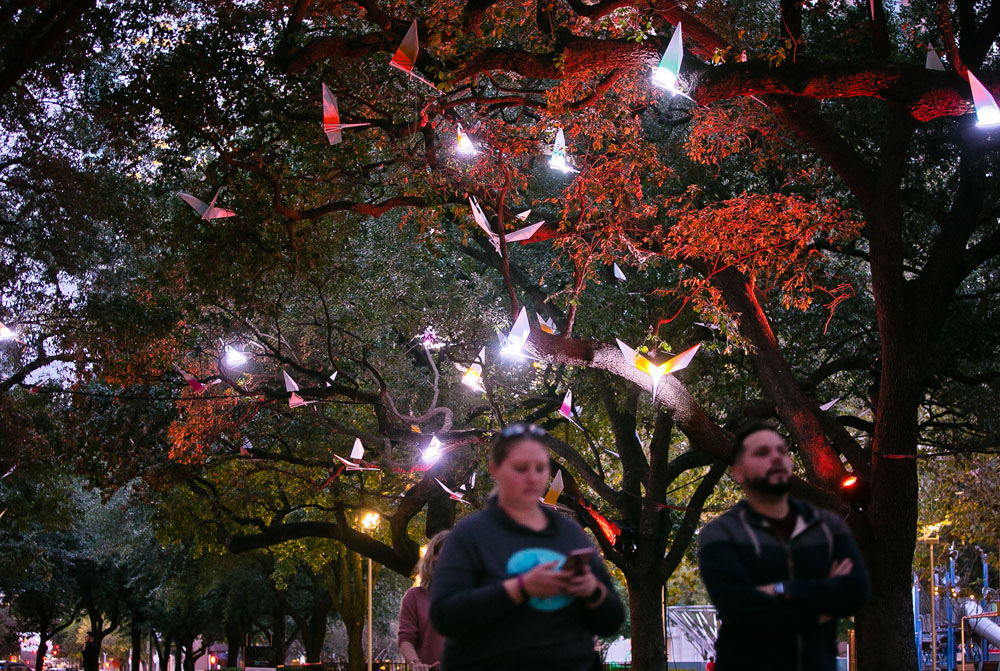 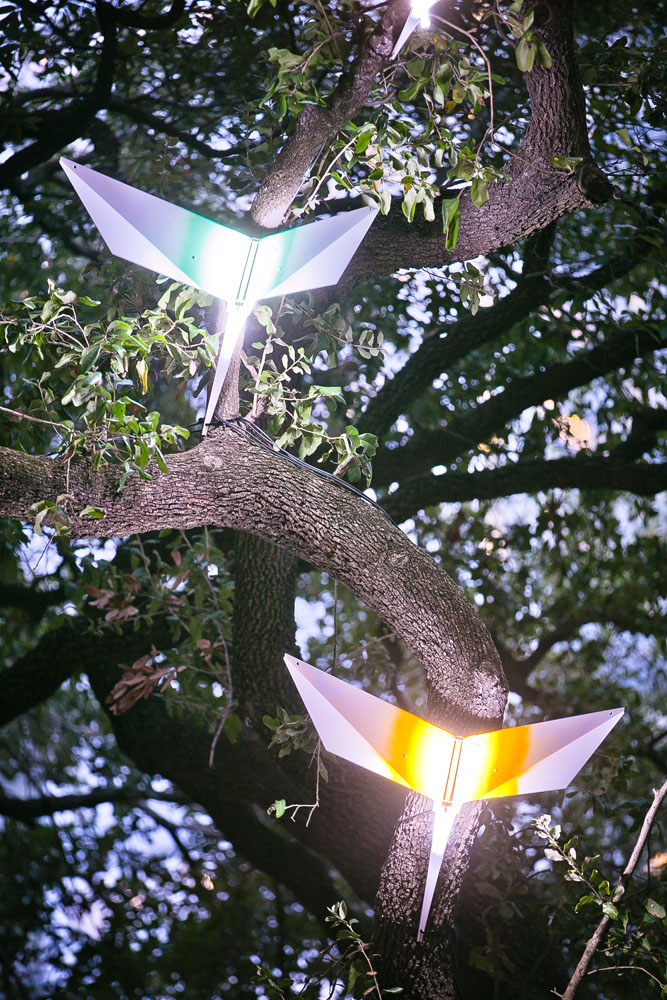 Paloma was a two-part immersive light and sound installation encompassing the collaboration of Paloma by French studio Pitaya and Here and Now by Houston-based Lina Dib. Paloma consisted of 200 “origami” birds made from powder-coated aluminum, suspended from the canopy of the century-old live oaks that line the Brown Promenade at Discovery Green, downtown Houston’s urban green treasure. Here and Now is a multi-channel sound piece inspired by and incorporating bird and human sounds. It danced sonically along the Promenade in conversation with Pitaya’s aviary.

Houston experiences high anticipation for Discovery Green’s annual winter installation, which always occurs on the Park’s iconic Brown Promenade. One of our goals was to bring together an international and a local collaboration of light and sound. Pitaya’s 200 aluminum birds appeared to take flight during the day, and came alive even further with light at night, creating a poetic and contemplative experience. The animation of light and flight drew the visitor through the length of the Promenade, which was further activated by an immersive sound installation. Lina Dib’s composition focused on the biological phenomenon of Zugunruhe, a word used to describe a type of restlessness animals exhibit when they feel the compulsion to migrate. Here and Now was composed with elements of bird and human sounds to create a piece specifically about global migration - simultaneously honoring Houston’s uniquely diverse mix of cultures, while noting the way that life is marked and sustained by movement.

Pitaya was commissioned by the Discovery Green Conservancy to create an installation that would enliven one of the most iconic features of the Park for the annual winter holiday season. They fabricated the 200 “birds” in France and shipped them to the Park for a painting party where Park volunteers covered the birds in shades of blue, orange, pink, and green. On a parallel track to further animate the experience, we approached Lina Dib to create a sound work based upon her past composed pieces. The flock and sound composition were each installed, and further augmented with a programmed light display to “move” with visitors as they made their way through the installation.