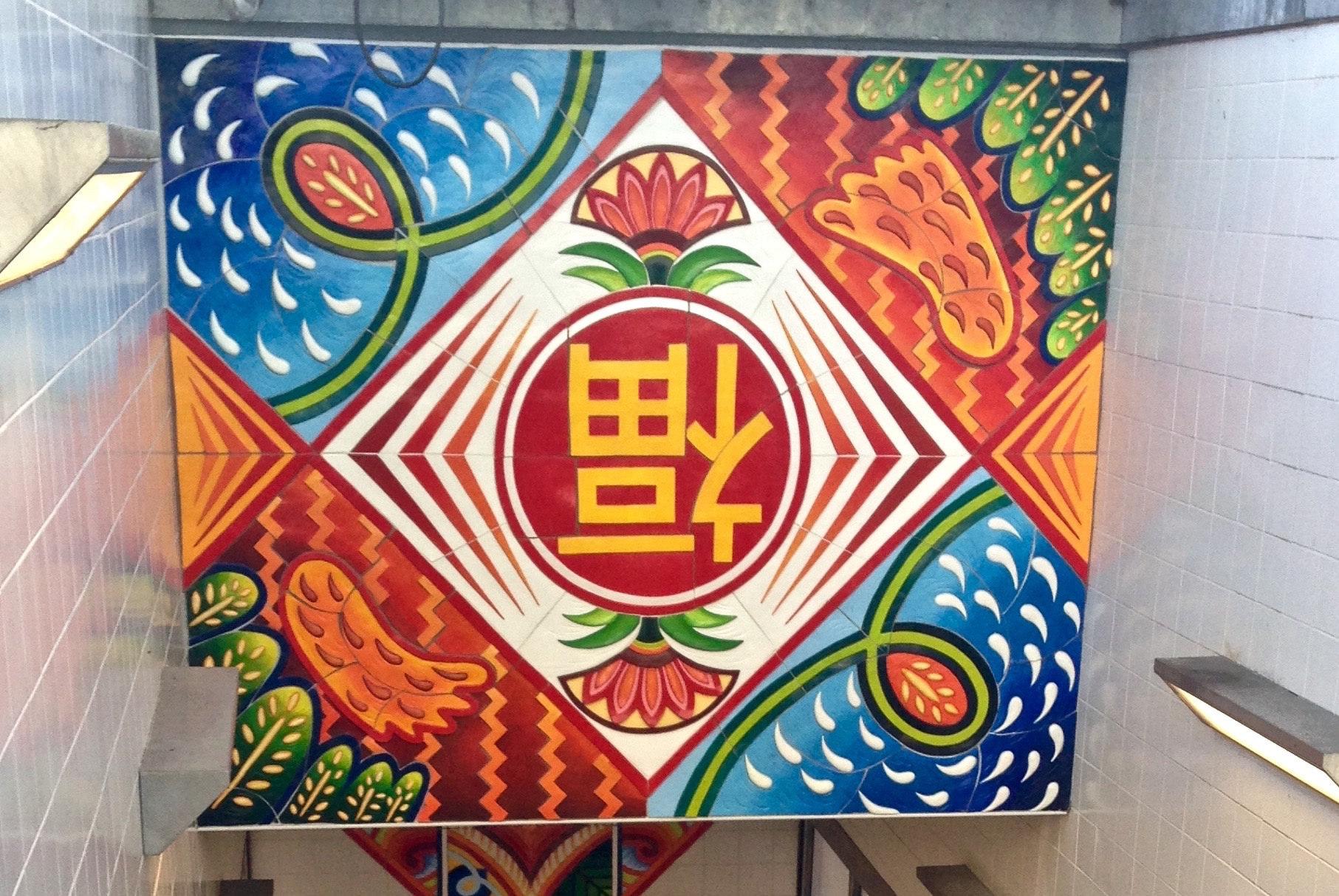 Overlapping Connections uses the Chinese welcome sign as an invitation to the immediate cultural surroundings of the Chinese community while making an aesthetic link to the outlying neighborhoods. The design incorporates a variety of universal symbols found in the paper cutout craft traditions of numerous cultures including Chinese and Mexican.

The centerpiece of the upper panel features Fook (Fú in Mandarin), a symbol of good fortune or happiness, which according to custom, is placed upside down and against a diamond-shaped background. Within the context of the stationhouse stairway Fook (Fú) may be translated as “good fortune arrives.”

Art in Transit spaces offer a special opportunity to impact thousand of people from different ethnicities and walks of life. The goal was to inform the character of the Cermak/Chinatown Station space and act as a welcoming gateway into the community thus enhancing the whole travel experience.

The upper and lower panels of Overlapping Connections communicate a lively dialogue through the repetition of geometric shapes, organic forms and bold colors. It offers all commuters who use the station wherever they come from culturally and geographically a moment of calm and beauty as they continue on their journey.

While the Chinatown Cermak Station is the gateway to the surrounding Chinese community, commuters who use the station include Hispanic, African American and Anglo residents and travelers who come from other locales to work in the area. In addition, it is a major tourist site attracting visitors from all over the world. It was important to create a design that engaged commuters from diverse cultural backgrounds.

To accomplish this Overlapping Connections involved a deep collaboration between the Chicago Transit Authority, the local community including the Chinatown Chamber of Commerce, and the 25th Ward Alderman’s office where the design was exhibited. The selection of the Fook/Fu sign was a result of this collaboration.