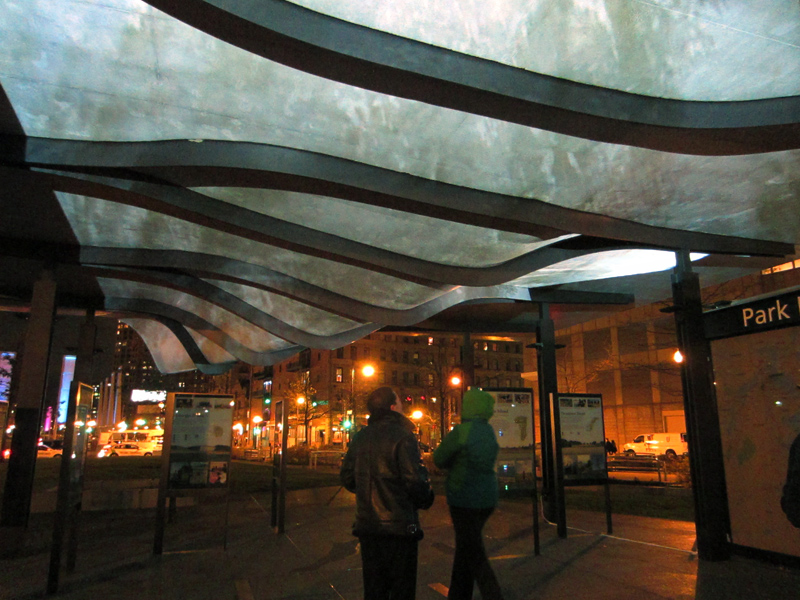 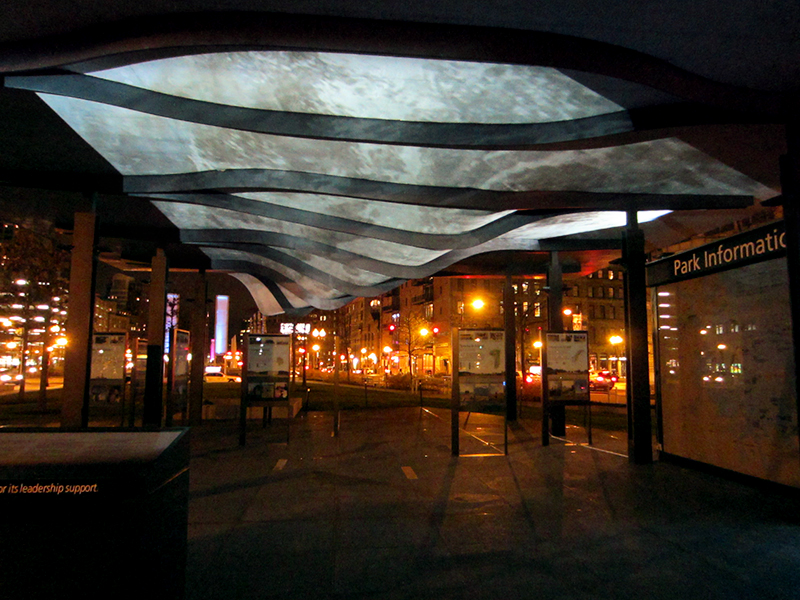 The goal of the project was to create a video-installation that responded to the architecture of the site and to the the natural-world-awareness missions of the National Park Service and Boston Harbor Islands Alliance. Another goal of the piece was to create a light-based piece as a part of The Rose Kennedy Greenway Conservancy's Winterlights festival, which commissions temporary public art projects on the Greenway to enliven the long city park during the dark winter months.

The structure was designed by Utile Design firm of Boston, MA: http://www.utiledesign.com/projects/harbor-park-pavilion/