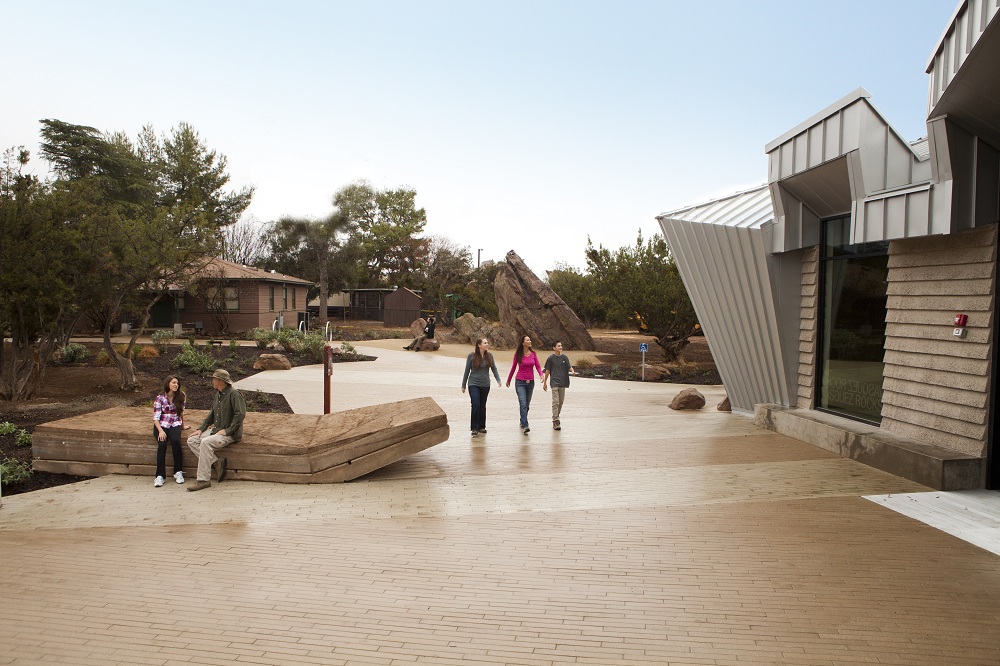 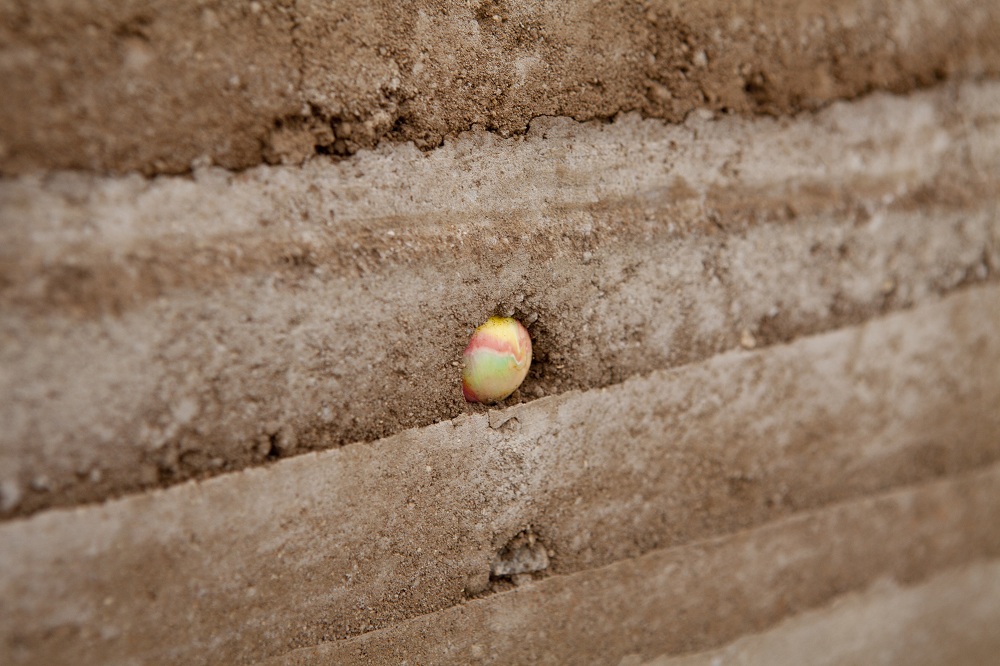 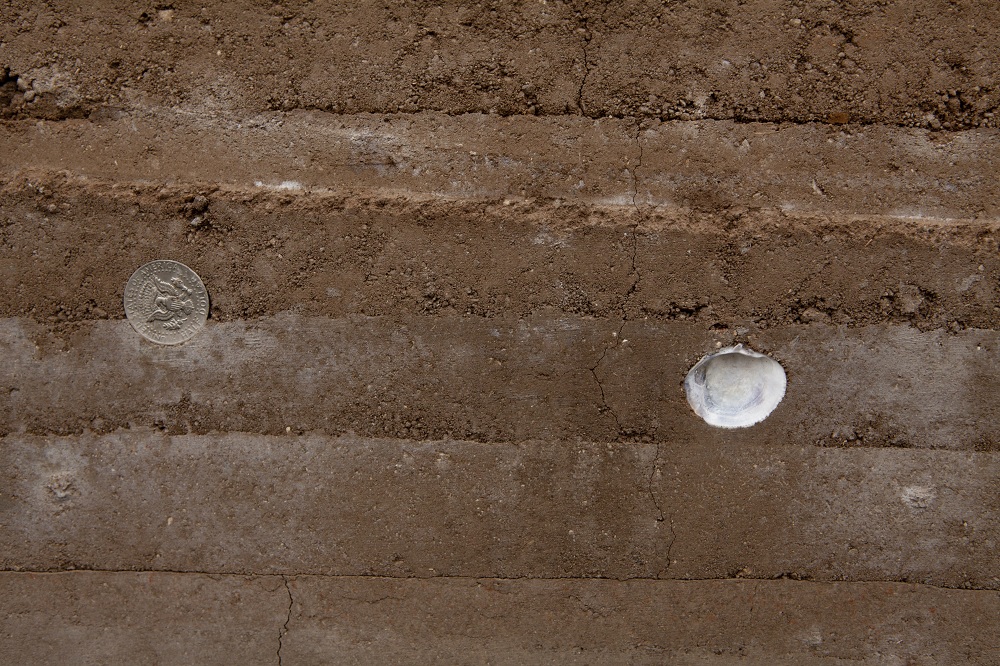 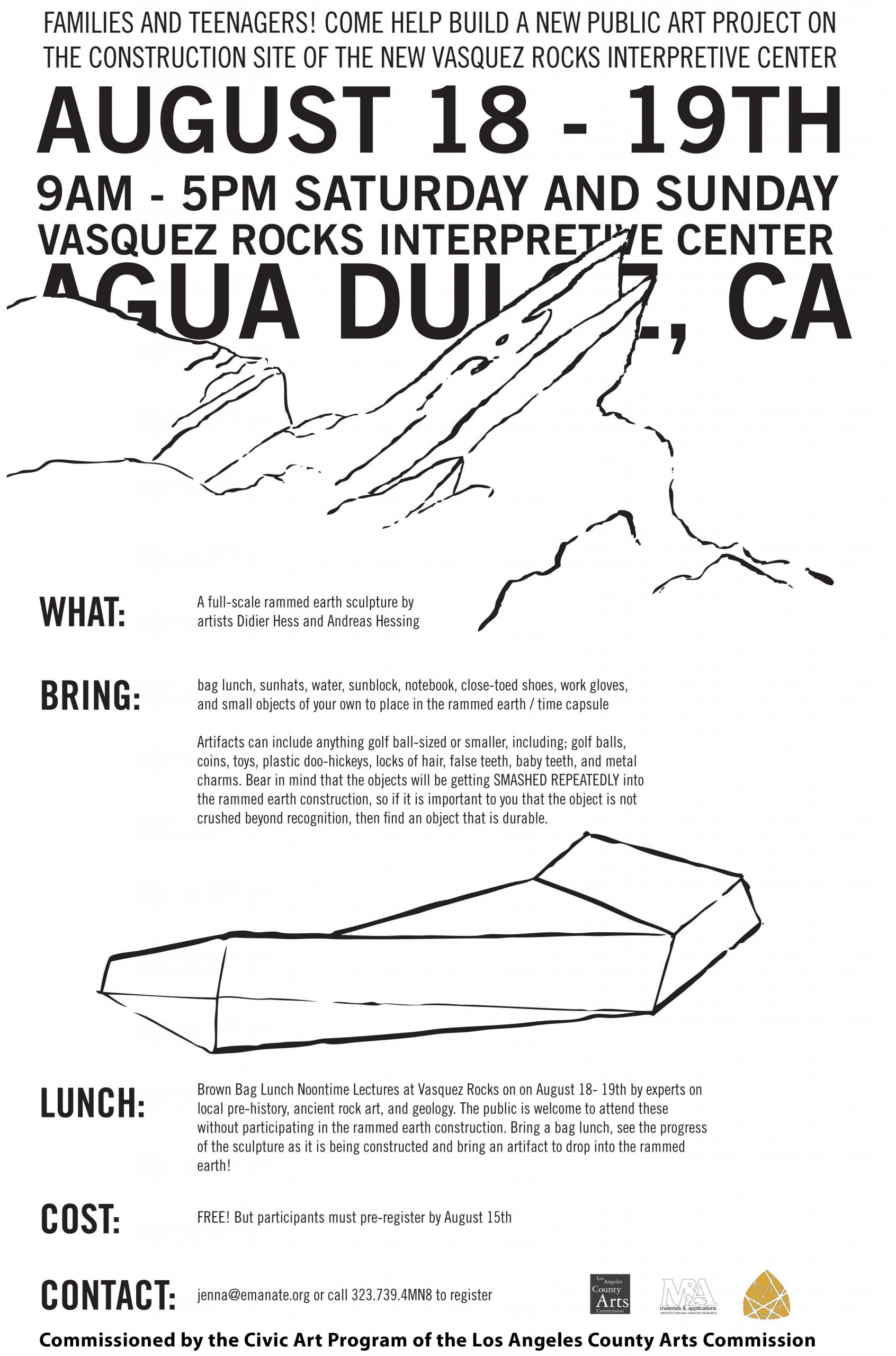 The site-specific artwork at Vasquez Rocks, titled Orit Haj, is a tribute to the Tatavium culture of the Santa Clarita Valley. Orit Haj are words from theTataviam language, which mean “river” and “mountain” respectively. Like the fading Tataviam culture and language, Orit Haj will also transform and dissolve with time to reveal inspiring artifacts and legends that have been left behind.

Funded through Los Angeles County’s Civic Art policy the artwork Orit Haj was installed in conjunction with the Vasquez Rocks Interpretive Center. Because the new building is LEED platinum the Los Angeles County Arts Commission selected environmentally minded artists Jenna Didier and Oliver Hess who are committed to incorporating green technology into their artwork. Like the architect of the interpretive center, the artists chose to evoke the dramatic formations which characterize the Vasquez Rocks Natural Area, integrating the sculpture with the landscape.
The artist team Didier Hess worked with community members using the architectural building material rammed earth to construct Orit Haj. Over the course of about 150 years, due to the artists’ creative modification in the rammed earth formula, personal artifacts embedded by the participants will be revealed as the rammed earth material slowly erodes. Also hidden deep within the rammed earth is a bronze sculpture, meant for a future generation to discover.
The sculpture invites visitors to touch it and climb on it. As people return to Vasquez Rocks at various points in their lives, they will notice dramatic changes in the physical appearance of the sculpture as well as the surrounding natural environment.

A Project Coordination Committee oversaw the artist selection as well as each project milestone: concept design, developed design and final design. The committee included staff from the Los Angeles County Fifth District Supervisor's office, the Department of Public Works, the Department of Parks and Recreation, the Chief Executive Office, the Arts Commission as well as community members and the architect of the interpretive center. Artist team Didier Hess designed the artwork and installed it over a two day period with members of the local community. Instructed to bring artifacts no larger than a golf ball, the participants placed these objects within the rammed earth construction which will be revealed slowly over time.

Vasquez Rocks Natural Area is a famous shoot location for movies and television. It also has a rich a rich geologic and archeological history. The Vasquez Rocks Interpretive Center brings to life these layers of history. In that spirit, the artist team Didier Hess conceived Orit Haj as a hands on interactive experience both in the building of the artwork and its ongoing representation of the landscape and the treasures hidden within.