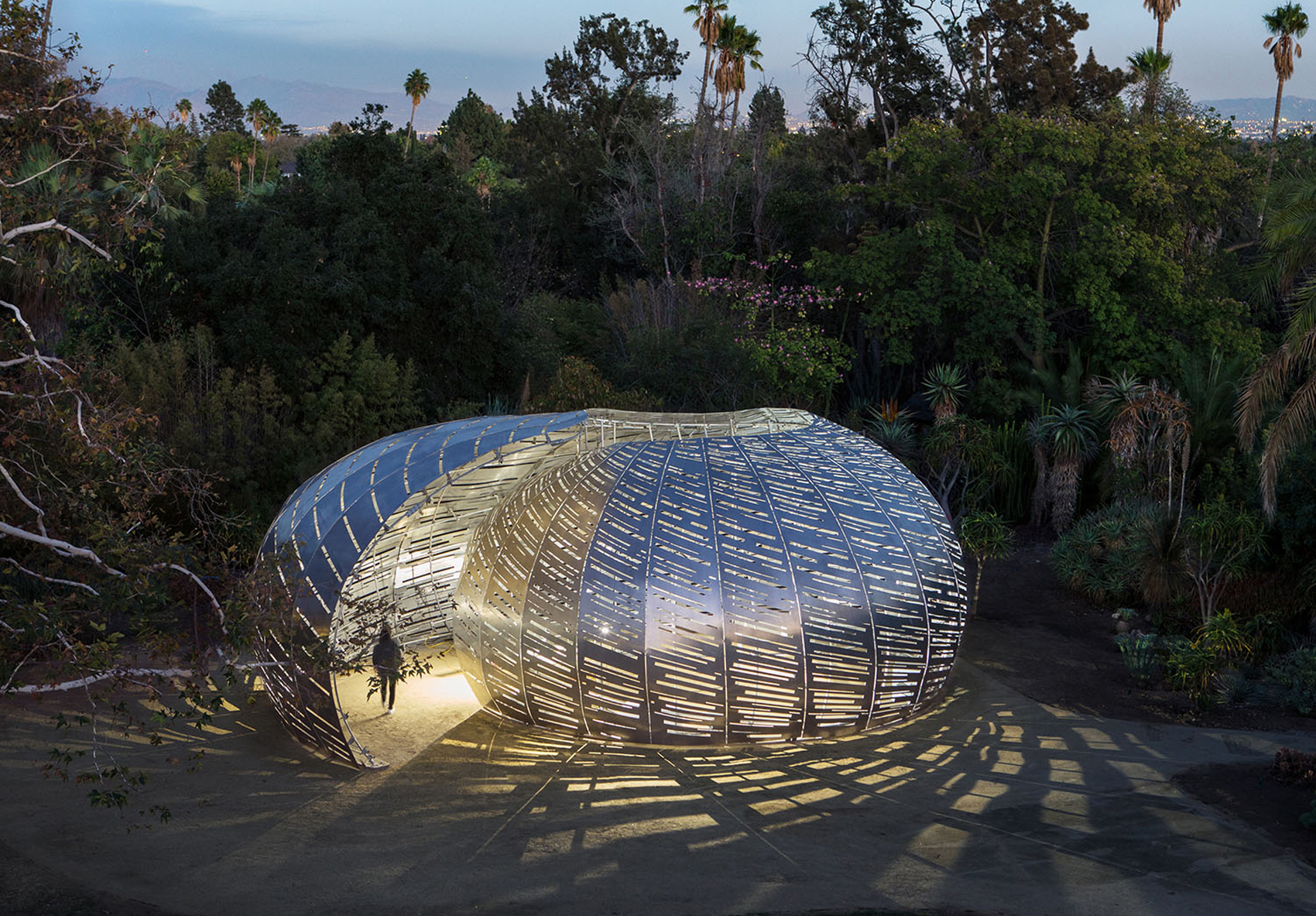 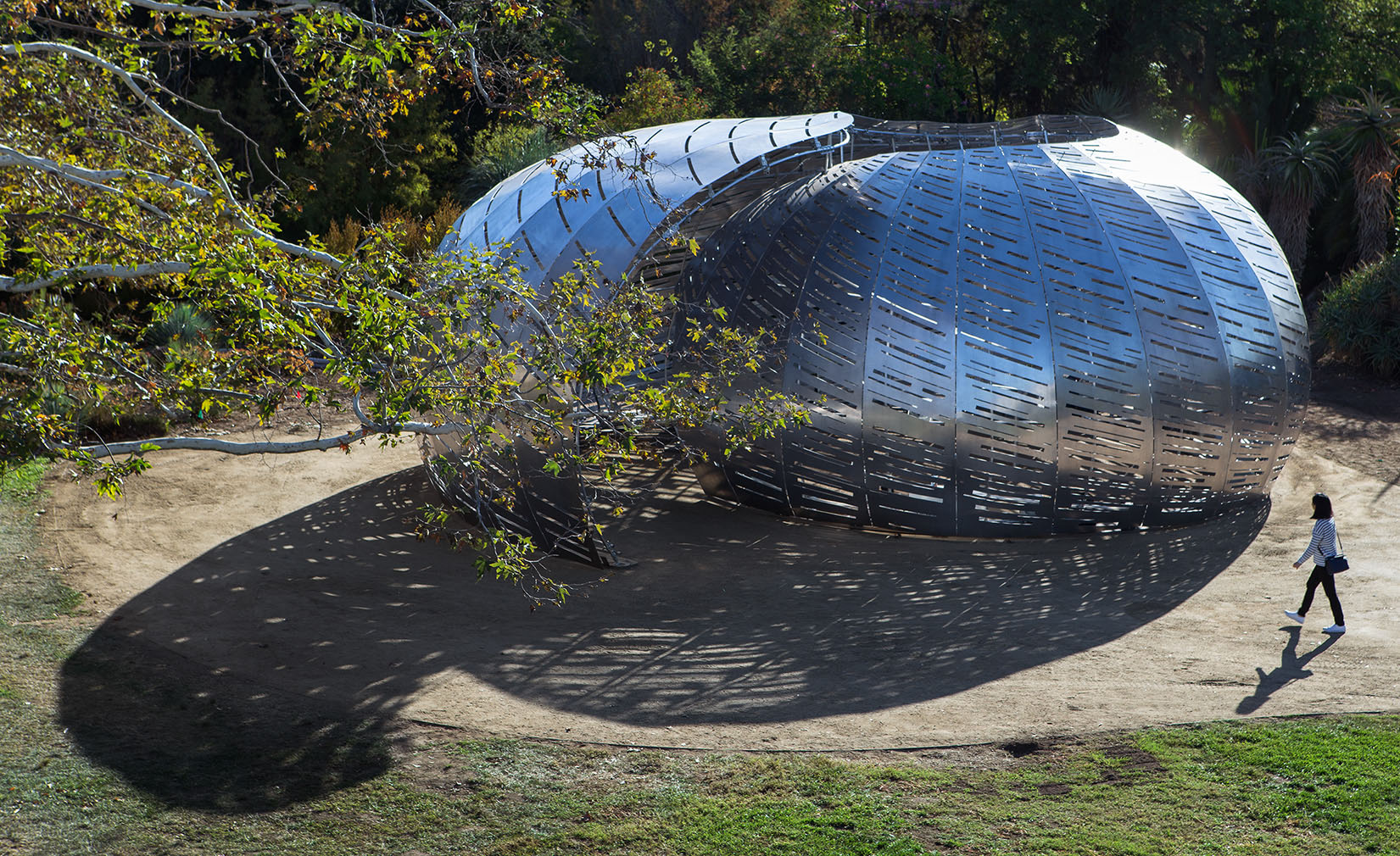 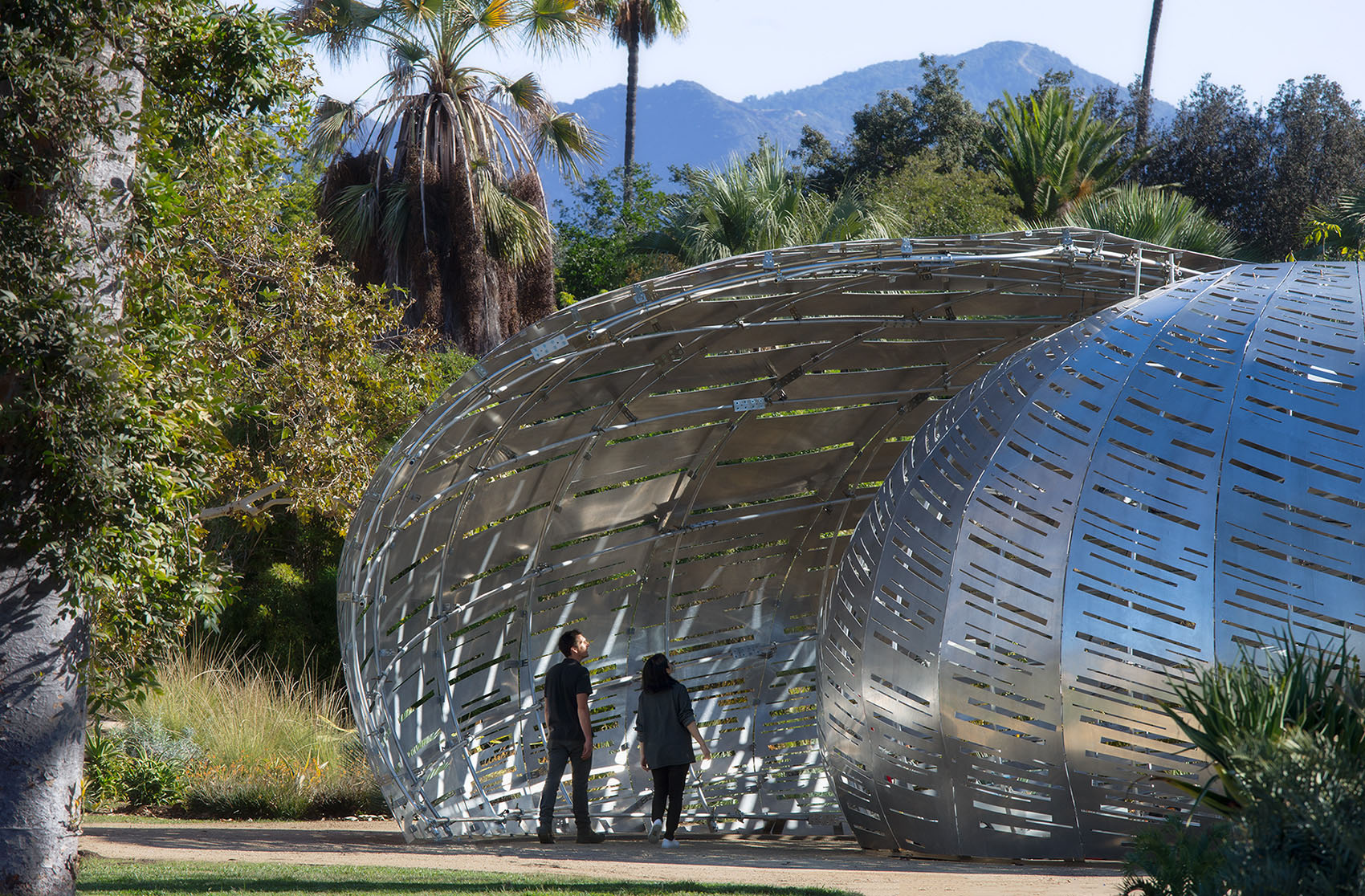 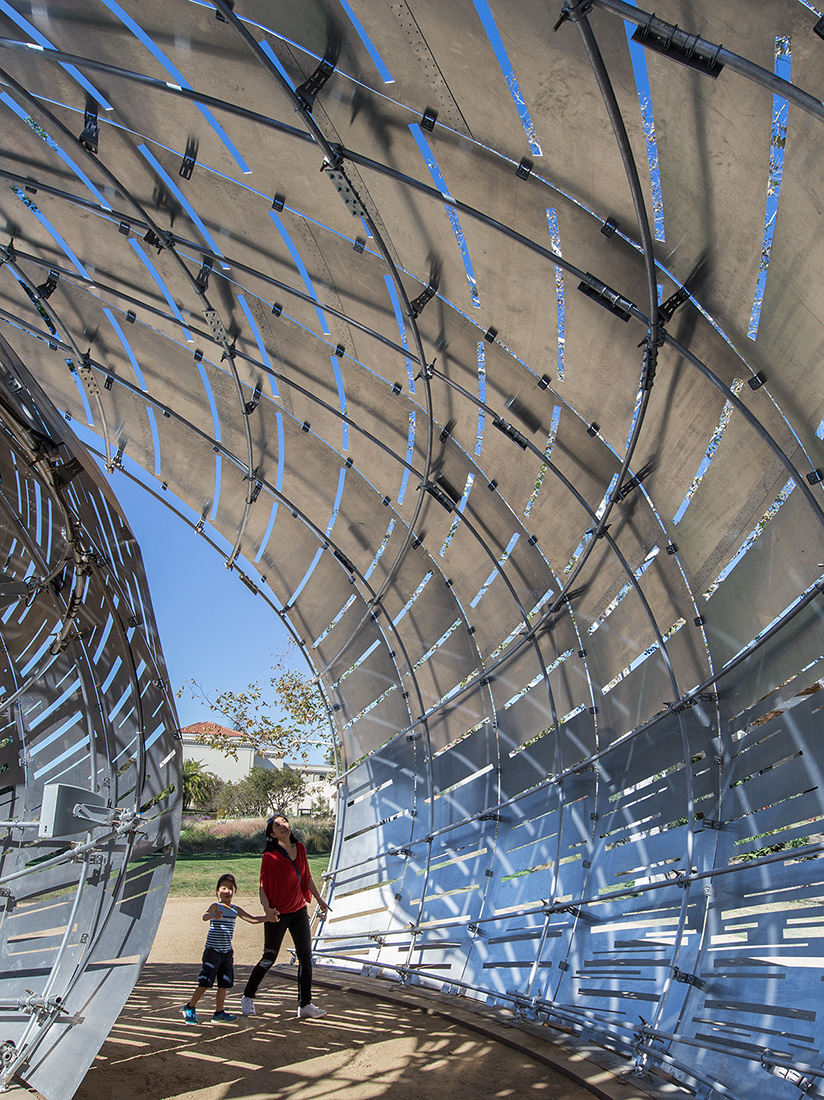 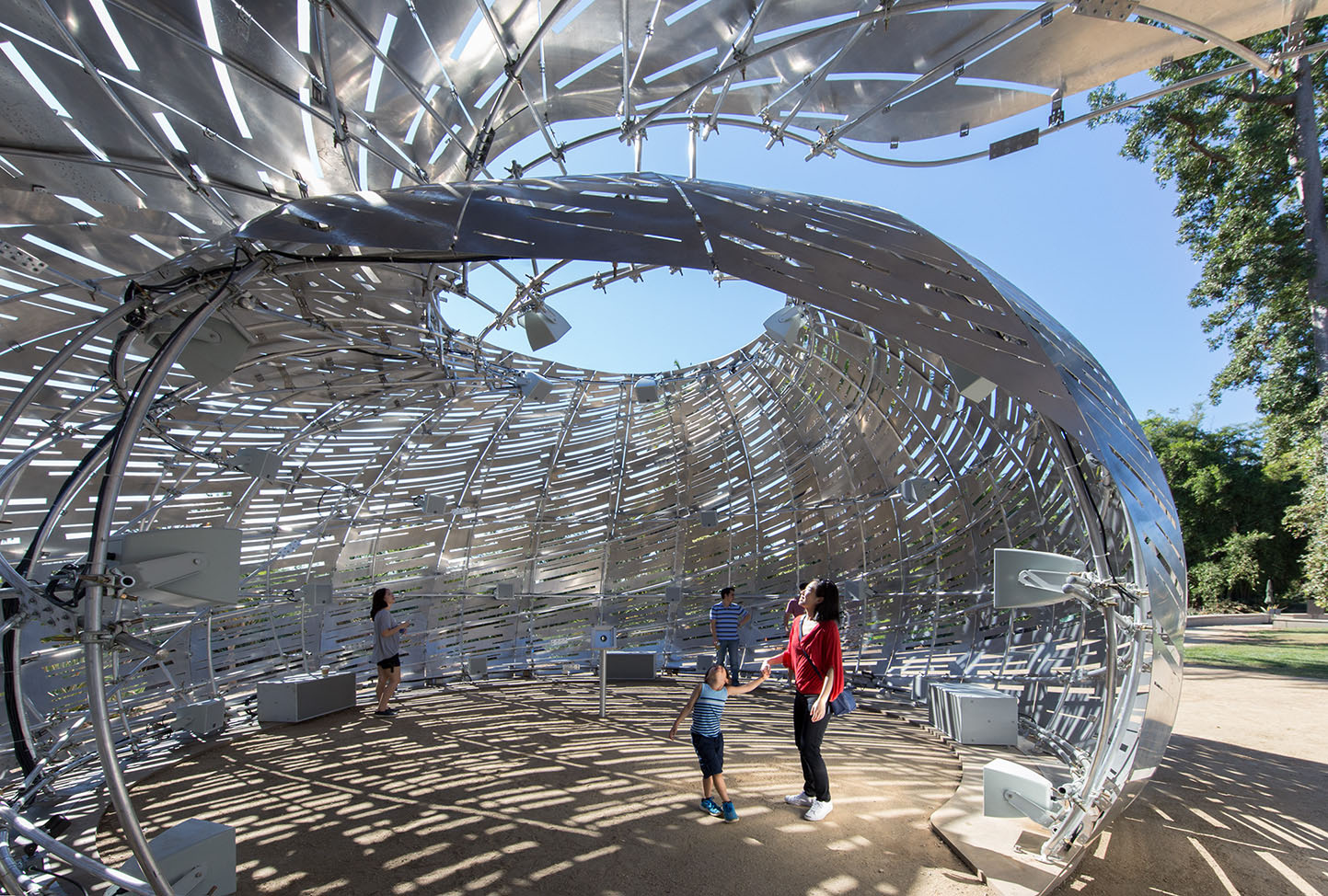 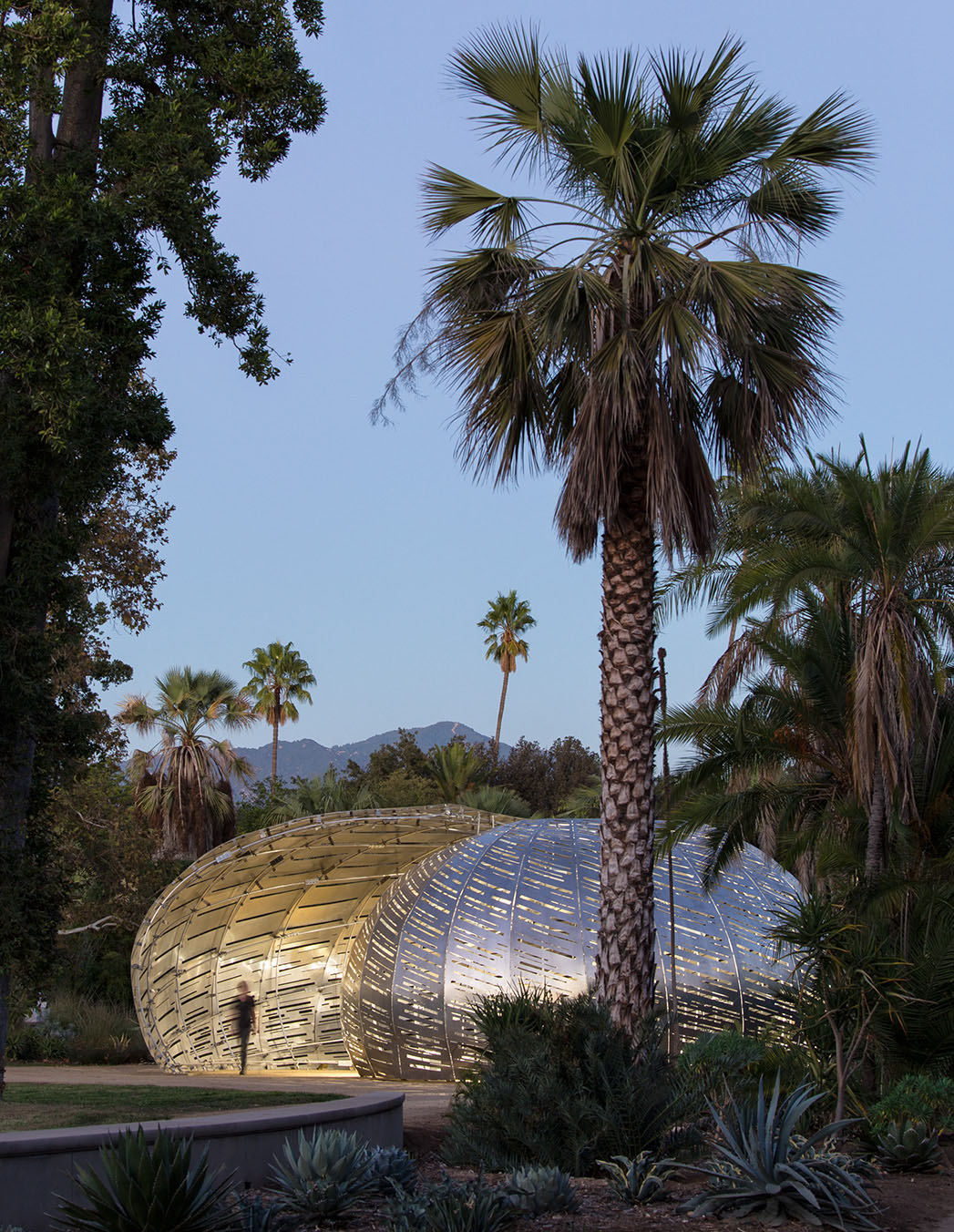 Do you remember putting a shell up to your ear to “listen to the ocean”? What if you could walk into a shell and listen to the sound of space, or rather, a symphony built out of the sounds of satellites in space?

This is what Jason Klimoski and Lesley Chang, principals at STUDIOKCA, proposed when commissioned to design a travelling pavilion where the invisible sounds and trajectories of NASA’s nineteen satellites orbiting the Earth could be experienced.

Building on this childhood memory, we created a nautilus-shaped structure using 3,500 square feet of water-jet cut aluminum panels scribed with over 100 “orbital paths” fitted together and bolted to a curved framework of aluminum tubes. The structure defines a 30’ diameter inner space with a large oculus at its center. By employing an array of speakers within this space, programmed by the composer Shane Myrbeck, to map, translate, and then broadcast the sounds of these satellites, the team created a 3d sound chamber visitors can enter into and listen to the sounds of NASA’s satellites as they fly over, under and around them, in real time. The surface perforations echo the orbital paths of these satellites, while helping to mitigate exterior noise and decrease wind loads on the relatively light structure.