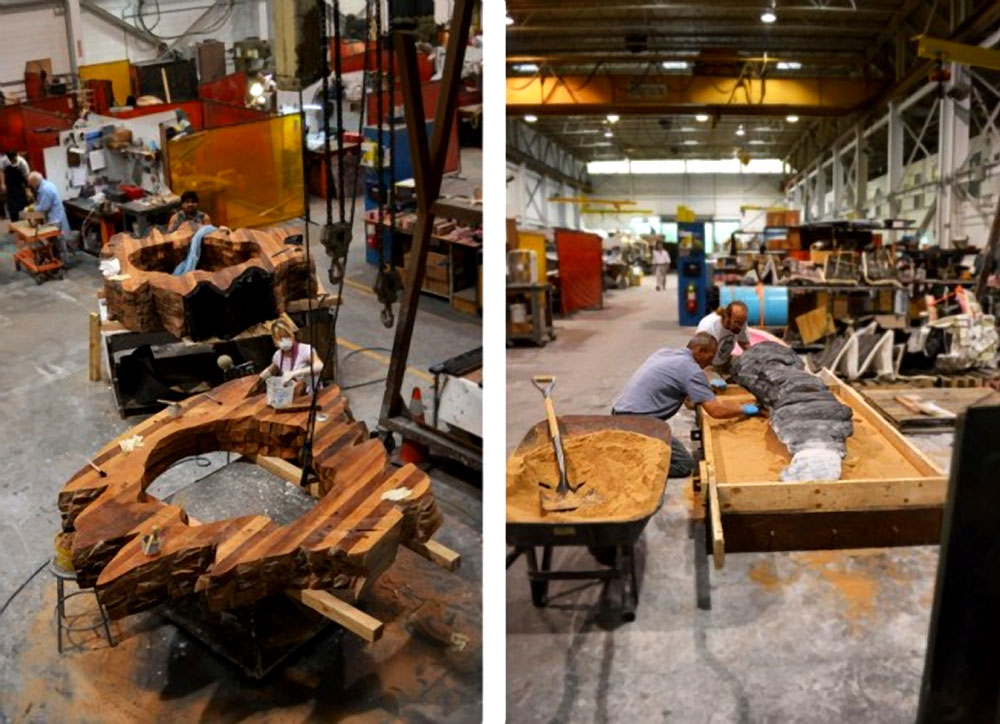 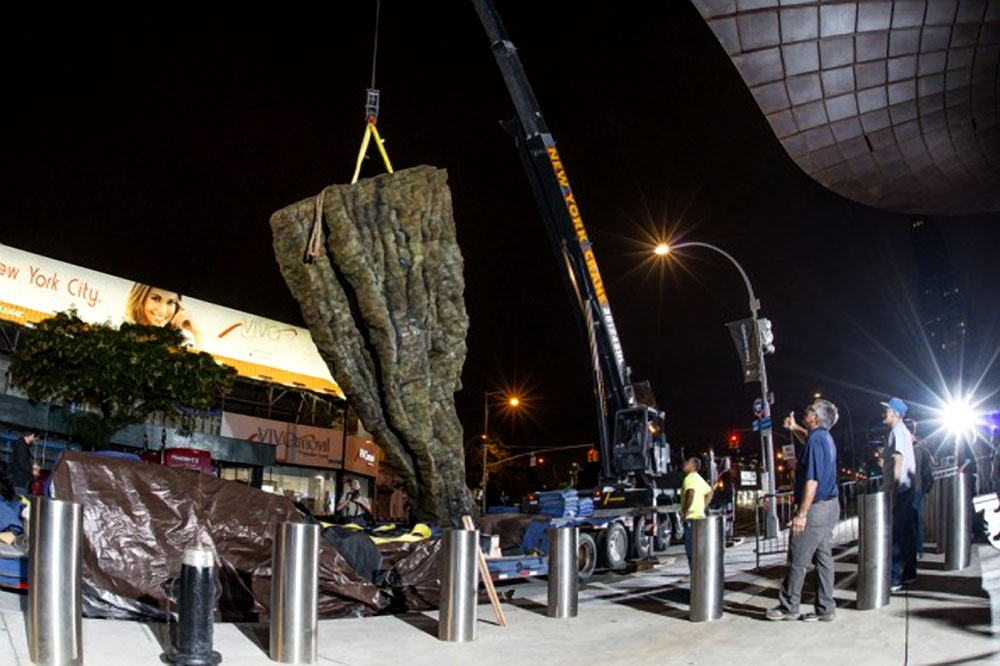 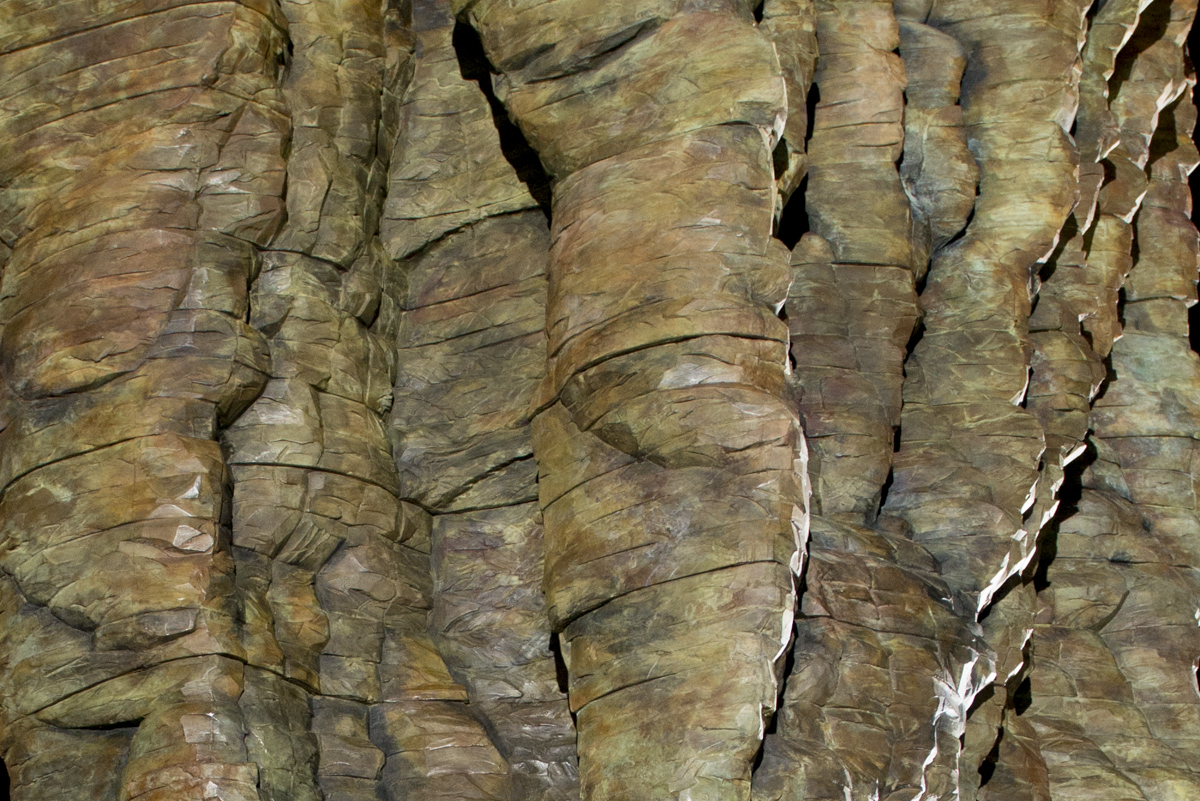 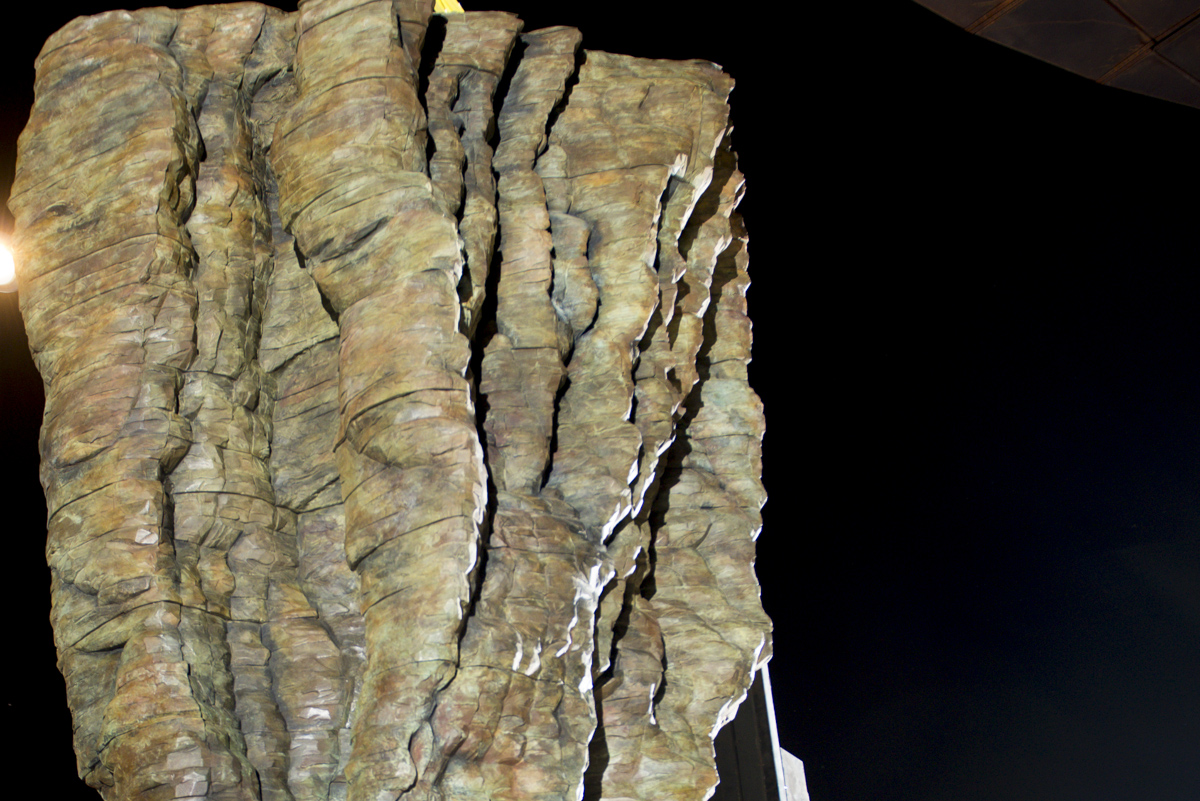 Ursula von Rydingsvard worked with Polich Tallix on her largest cast bronze work to date. Ona, Polish for ‘She,’ has received an overwhelming positive amount of media attention. Standing 19 1/2 feet tall, ‘She’ towers over Brooklynites and subway goers at Flatbush and Atlantic avenues and greets sports fans and music lovers entering The Barclays Center in the Prospect Heights neighborhood of Brooklyn, New York. Commissioned by chief operating officer of the arena’s developer David Berliner, the Brooklyn based artist was hand picked to create the sculpture to be dedicated during the commemoration ceremony celebrating the The Barclays Center.

The artist prefers to work in raw red cut cedar, but a sculpture this large needed to be cast in bronze. A full size cedar pattern of Ona was carved and assembled in the artist’s Bushwick space. This process became a real collaboration between the artist’s studio and the foundry. Prior to the pattern’s assembly and arrival, von Rydingsvard invited Andrew Pharmer, Project Manager, and Paul McMahill, Head Foundryman to visit the studio, observe the process, and advise her towards a successful division of the pattern in to over 50 smaller sized sections suitable for molding.

Ona was translated from cedar into bronze using a 50/50 split of lost-wax casting and sand casting. Determined by the degree of surface draft, certain sections were deemed suitable for sand molding, while other sections with more complex curves and undercuts were coated with a release agent and molded with polysulfide rubber. Each wax pulled from the rubber molds was imprinted with sand to mimic the texture of the sandcast bronze. The foundry assembled the 100 cast parts from the base of the sculpture, upwards. Each casting was welded from inside, echoing the sort of mysterious, stacked effect unique to her cedar bowls. The artist spent months developing a patina that felt less like wood, more like metal, and not quite stone. The two halves were welded together only the night before the sculpture was scheduled to make the journey to Brooklyn.

The 12,000 lb bronze sculpture was transported horizontally on a flatbed truck and installed in the middle of the night. The artist/staff relationship and sense of teamwork which grew throughout Ona‘s fabrication will hopefully be a sign of a long and successful partnership, with more great work to come.