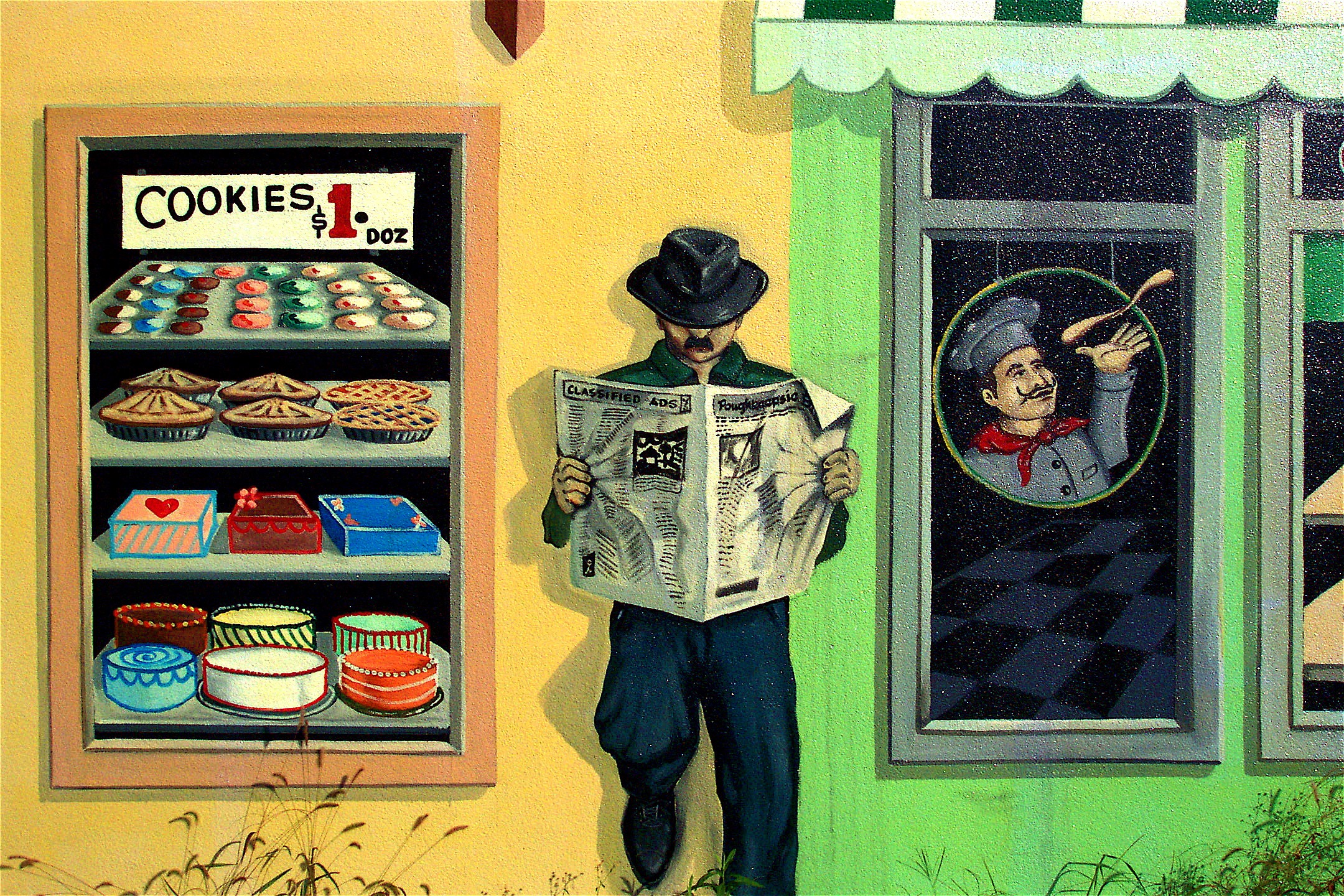 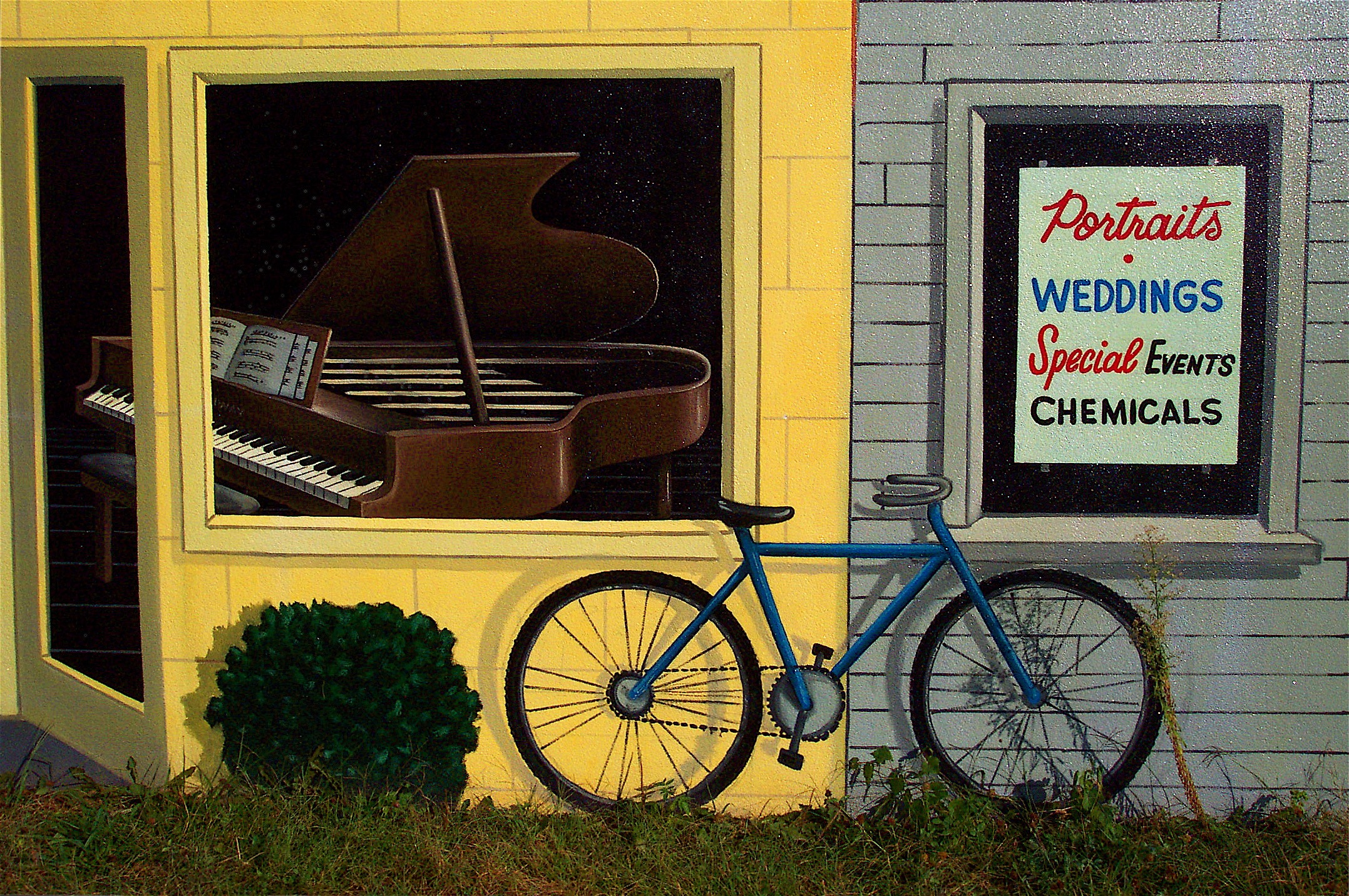 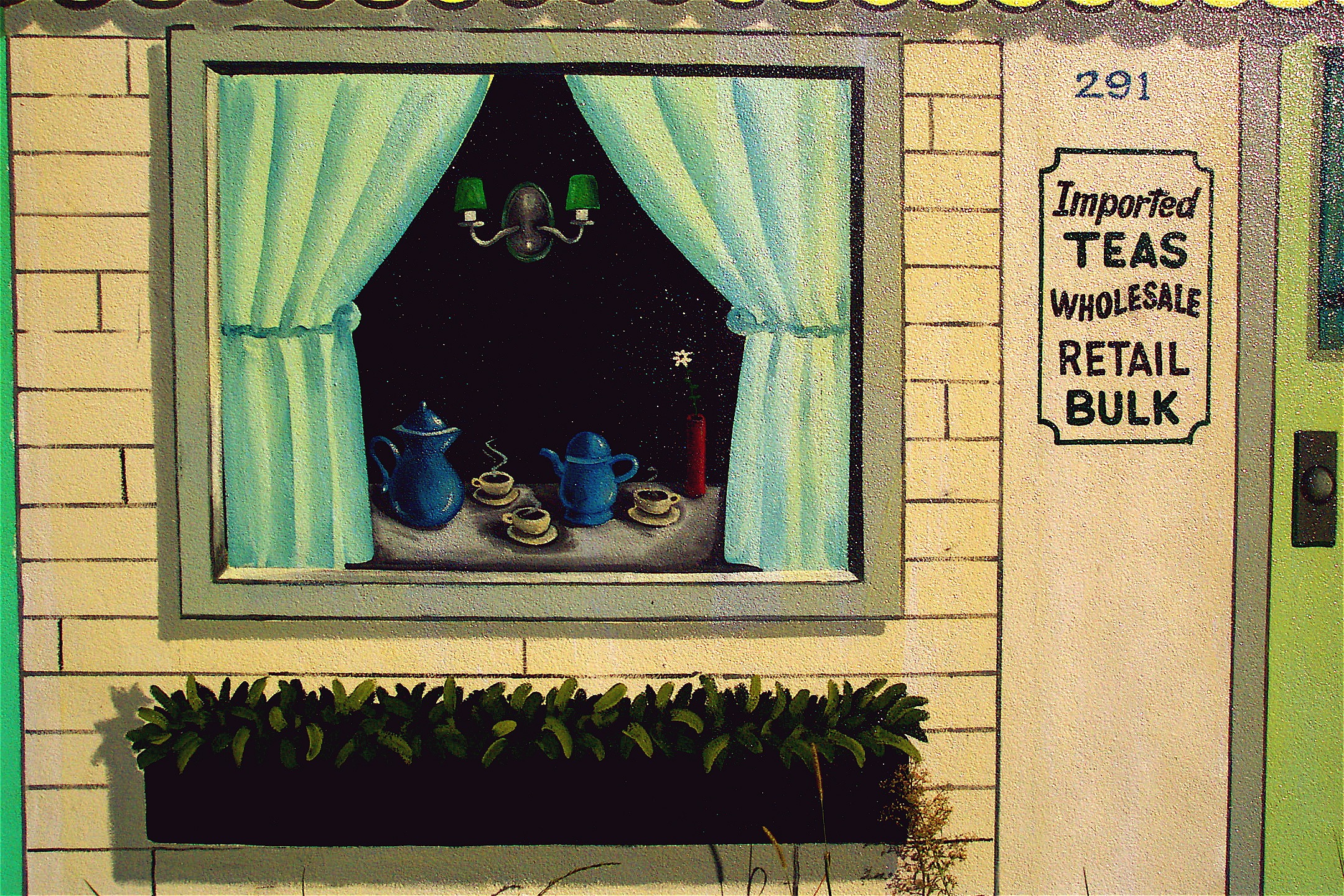 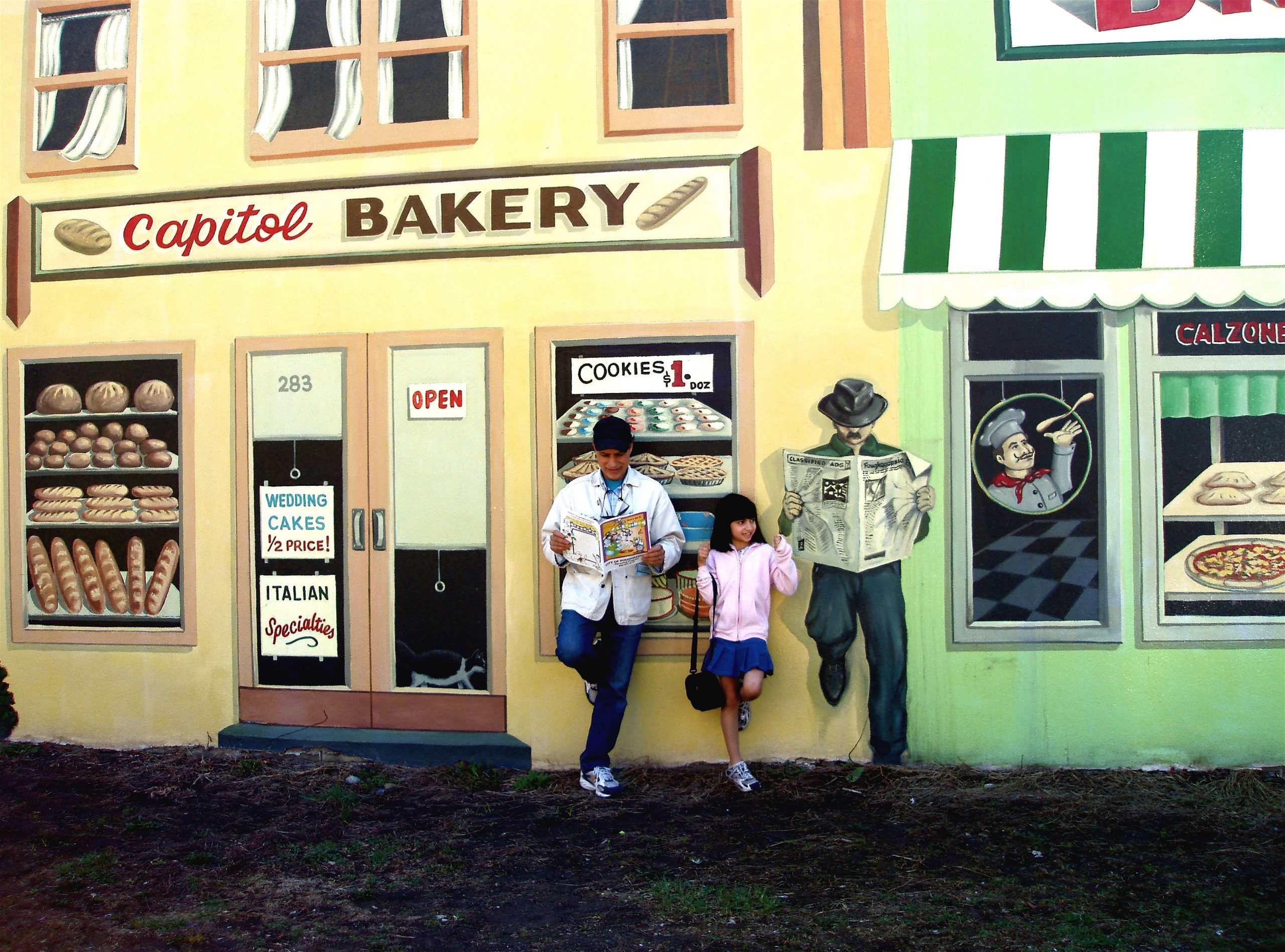 This public art project was funded by federal monies for urban centers under the name “Weed and Seed”. The requirements for the funding is that the project had to do three things, create jobs, reduce crime and beautify the city. Murals do all three so I was awarded this commission in 2002.

The goals of the Weed and Seed program was to create a project that would reduce crime,(murals discourage graffiti) create jobs (created several jobs) and beautify the city and murals do that. I painted a city scape based on archival photos of Poughkeepsie's downtown businesses from 1900 - 2002. The recreation of the "good ole days" lifts everyone nostalgic tendencies when viewed from all angles.

I painted and designed the mural with assistance from the city of Poughkeepsie council and mayor, three at risk high school students, several artist friends, a local homeless man and a local business man who made a bronze plaque for the mural.

Since 2002 when this mural was painted I have not heard a negative comment about it and it has not been vandalized in any way. It has done exactly what I stated it would do for the community.