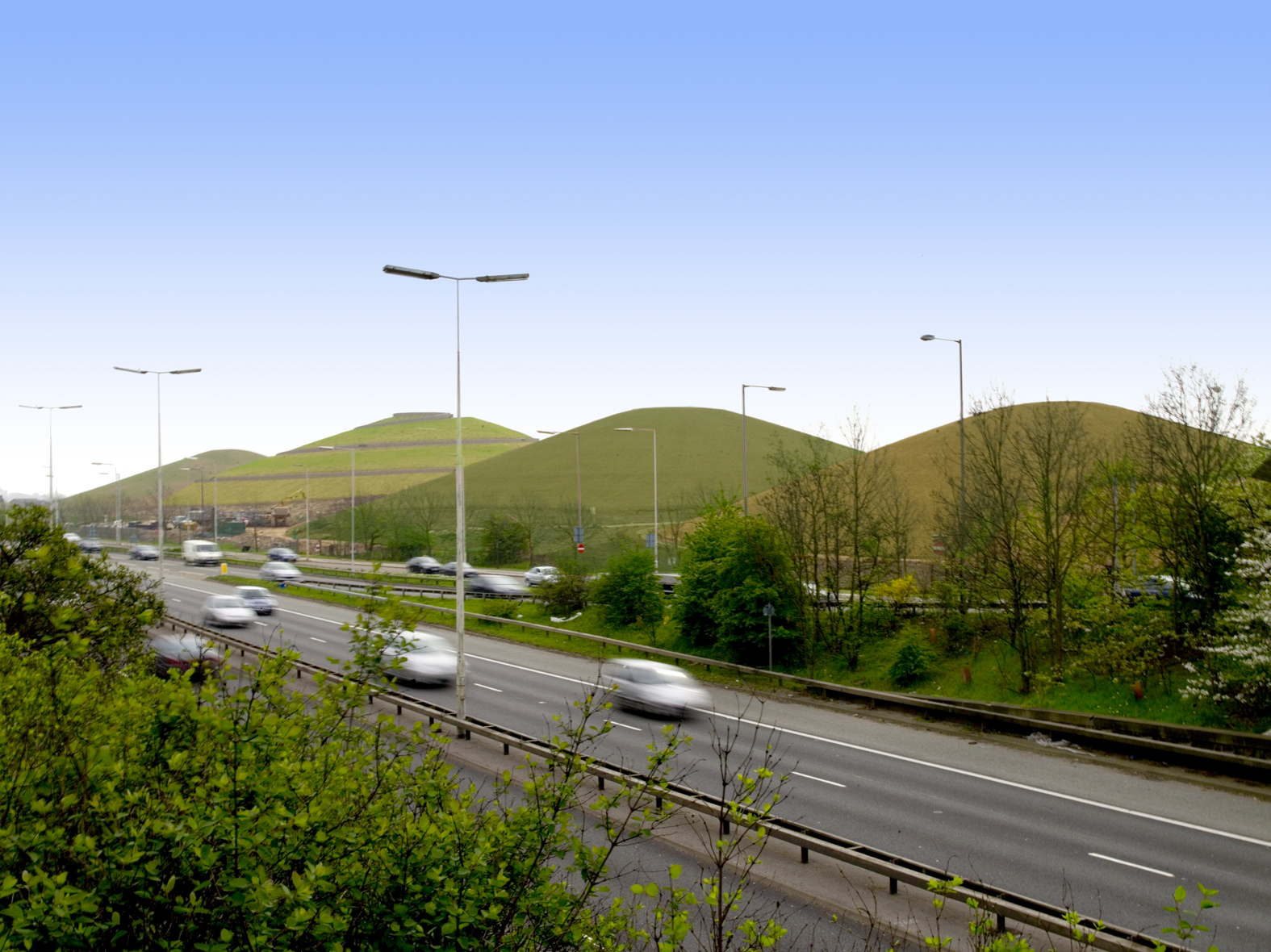 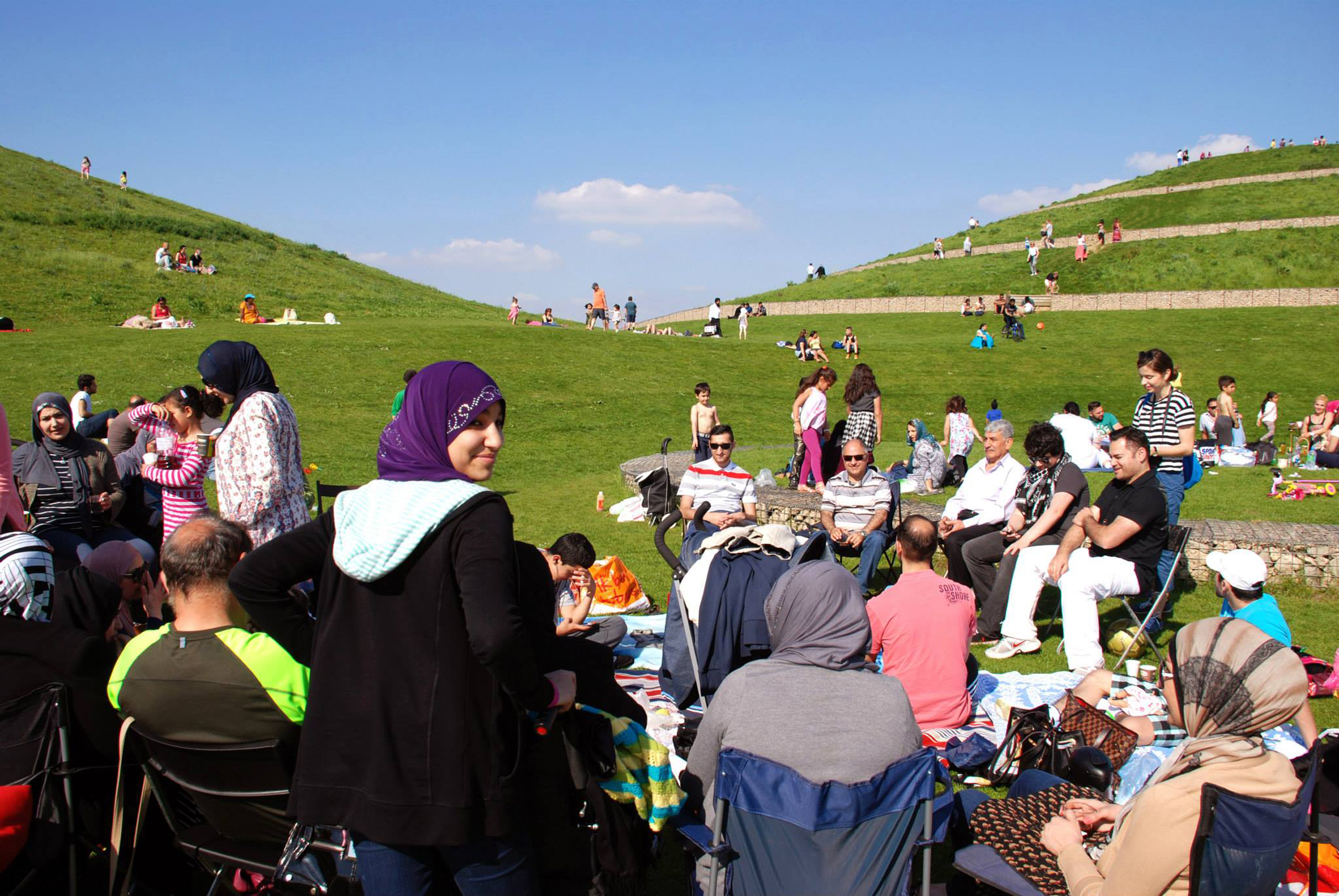 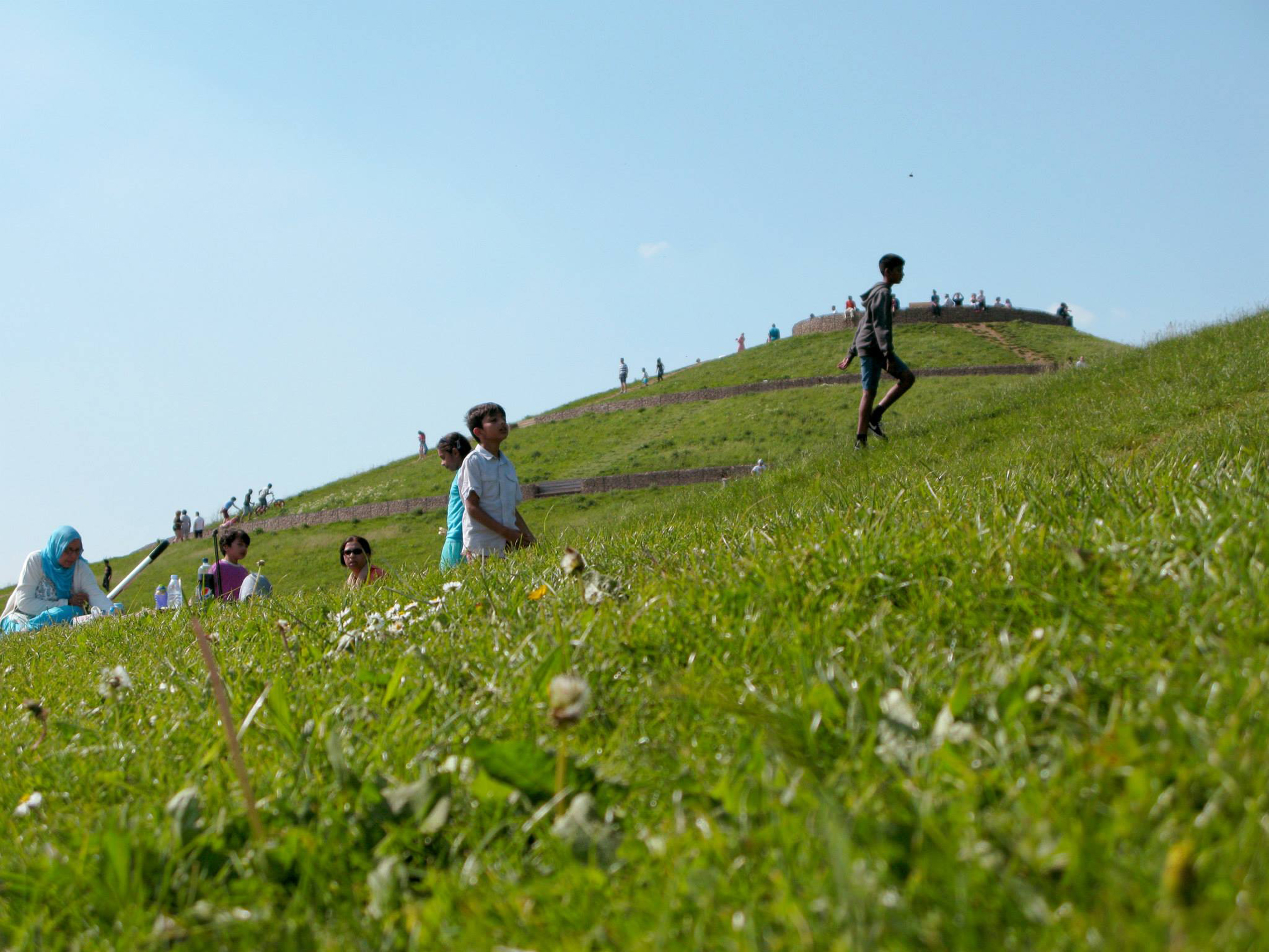 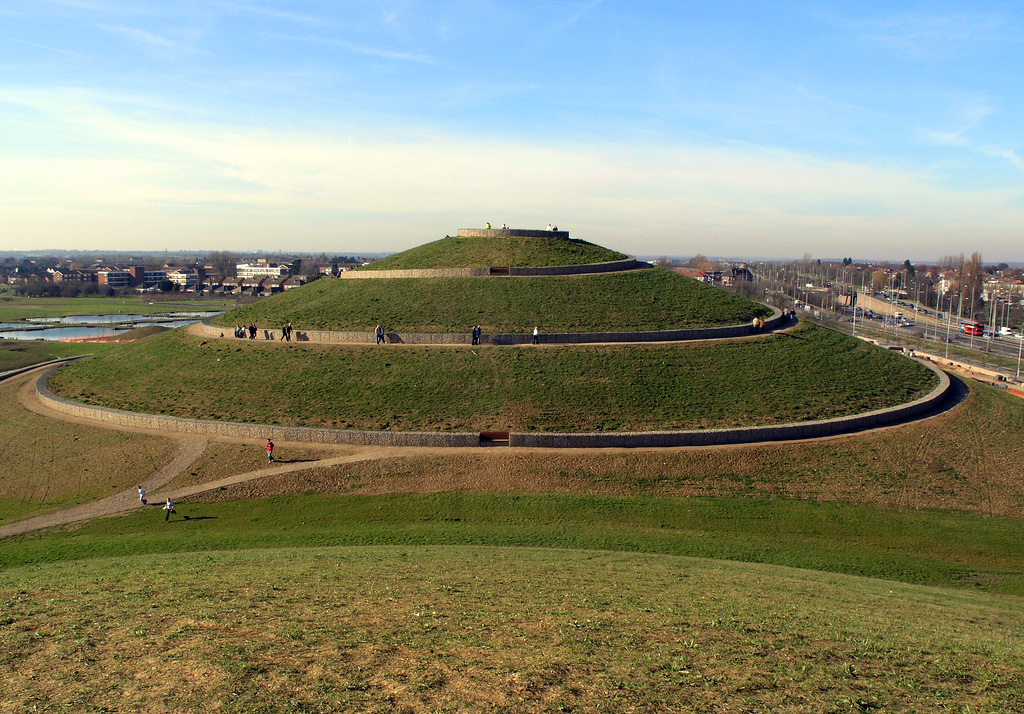 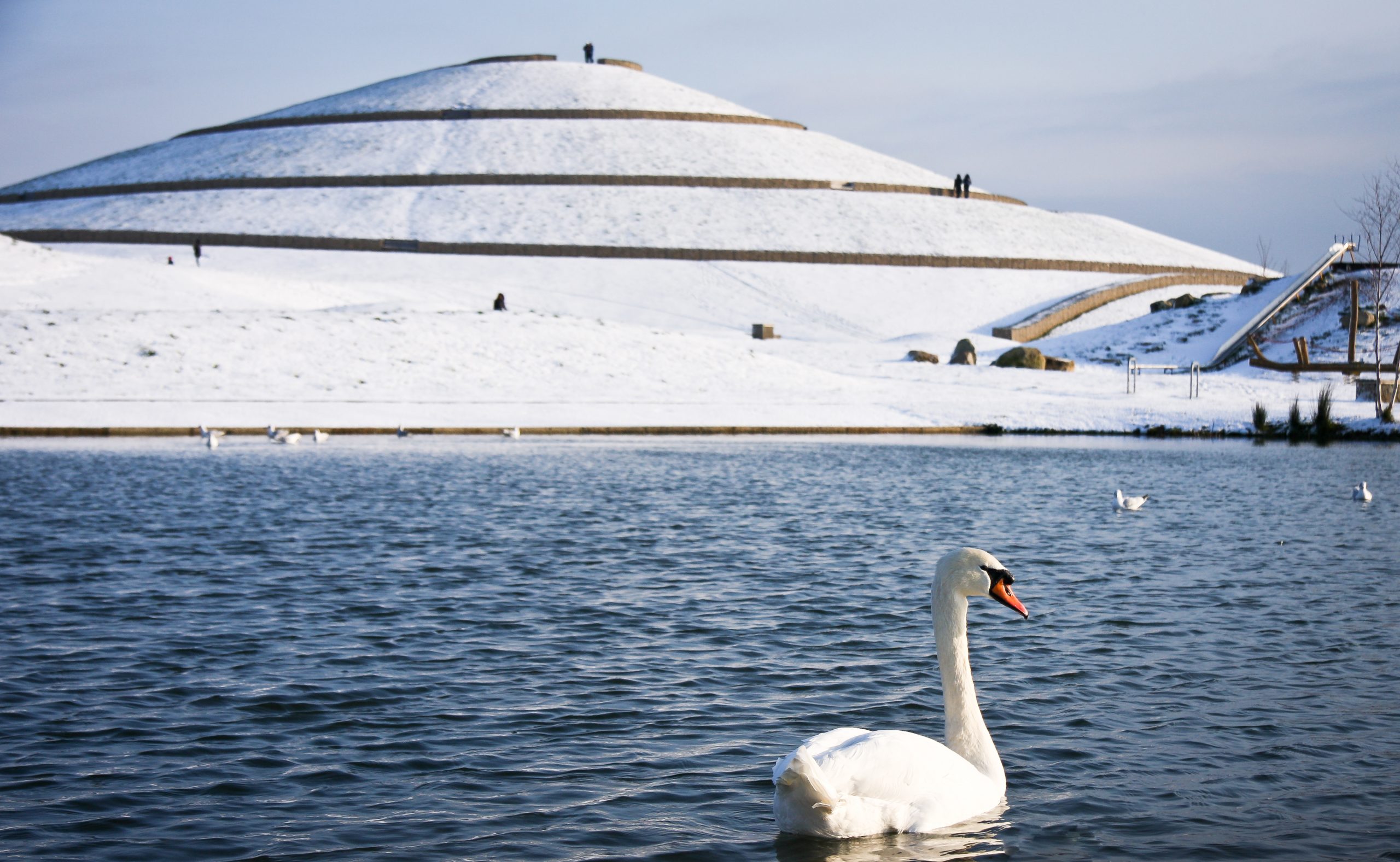 Northala Fields is one of the largest examples of land art in Europe. Arguably the most significant feature of the Northala Fields design is the construction of a new monumental landform on site, utilizing substantial volumes of imported construction rubble from a pool of London-wide development projects. The controlled deposition on site has successfully delivered £6 million of income, delivering the project at no cost to the tax payer. This approach to recycling has also significantly shrinked the ecological footprint of London by avoiding 165,000 lorry journeys several hundred miles long to outlying tips.

The new landform provides a solution to a number of site and development issues; mitigation of impact from the adjoining A40 (particularly noise, visual and air pollution); the provision of new recreation opportunities not currently available in the generally flat London Park; and the creation of new ecological opportunities through new topography and soils.Four large conical earth mounds along the A40 edge of the site help to reduce visual and noise pollution and provide a major piece of ‘land art’ that is a landmark gateway for West London. In particular, the viewpoint on top of the tallest mound provides a 360-degree panoramic view of the surrounding area including central London and Canary Wharf. A network of primary and secondary paths connects with adjacent open spaces that make up the rest of the Countryside Park. New playground is set along the central spine of the park along with a series of open meadows and semi-formal planting and seating areas for more contemplative activities. Water is another major feature of the park, with a network of six interconnecting fishing lakes, a model boating lake and wildlife ponds, streams and wetlands.

The artist Peter Fink provided the leadership of the design team through out the whole process from the initial two year community consultation to the projects successful completion. In addition to the strong creative and social leadership Peter has also developed the innovative self funding strategy that has delivered this ambitious project at no cost to the tax payer.

Enhancing the ecological values of the site has also been a focus of the new design. Woodland both around the perimeter site adds to the diversity of the existing woodland habitat; meadow and grassland types are the dominant vegetation ; water and wetlands form new watercourses providing opportunities for wetland flora and fauna that were not present on the site. The approach to the design of Northala Fields has been a careful balance of providing a significant contribution to biodiversity in the area. Each mound has been created with varying soil conditions that supports four distinct habitats.