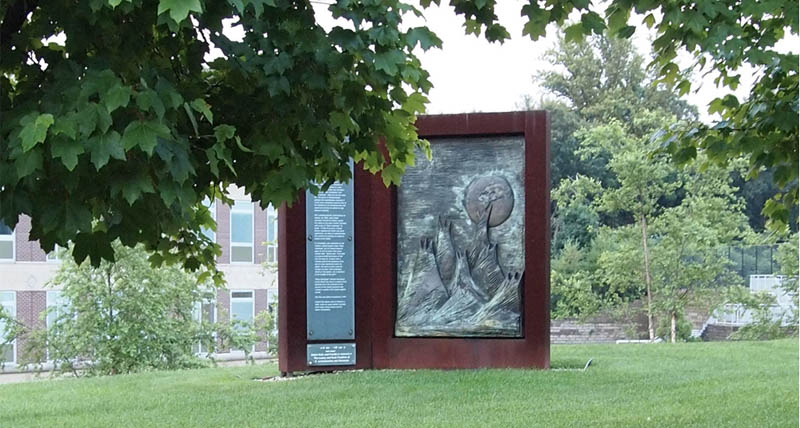 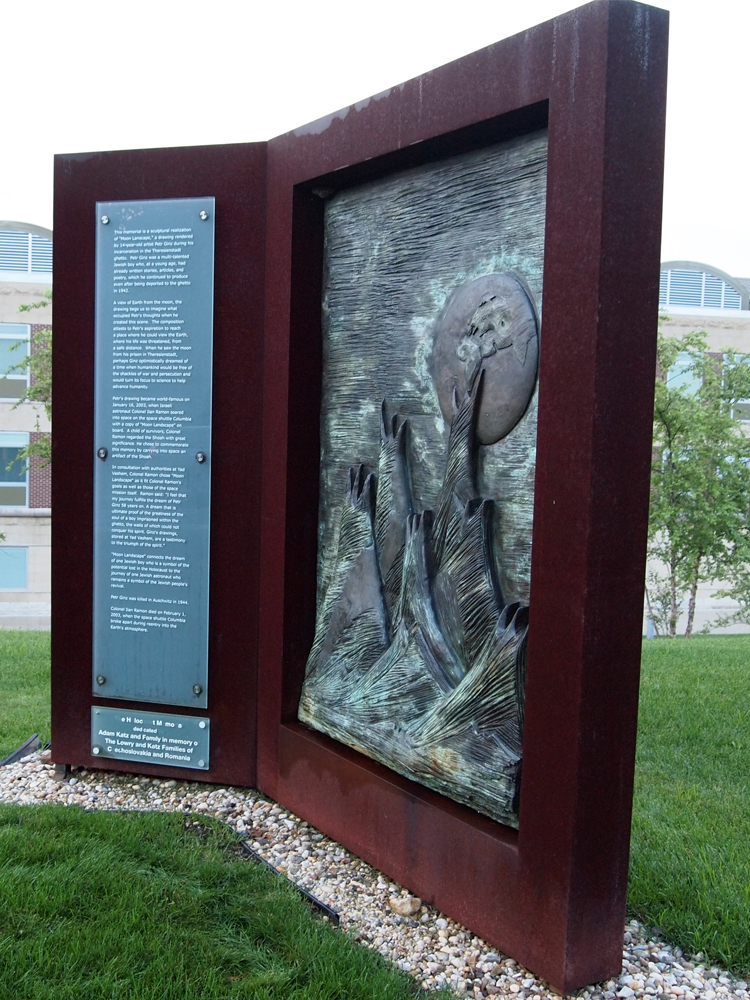 North Shore Hebrew Academy requested of BJA to design a Holocaust memorial that would provide a place of solemn convocation for ceremonies and to preserve the atmosphere and educational mandate of the school, while providing a vision which students of high school age could relate to.
With this in mind, BJA created a work based on a simple pencil drawing composed by Petr Ginz from his prison in the Theresienstadt ghetto.

Petr’s drawing became world famous on January 16, 2003, when Israeli astronaut Ilan Ramon soared into space on the space shuttle Columbia with a copy of the drawing “Moon Landscape”. A child of Holocaust survivors, Colonel Ramon chose to commemorate the Holocaust by carrying into space a copy of Petr’s drawing of the moon. Ramon said: “I feel that my journey fulfills the dream of Petr Ginz 58 years on. A dream that is ultimate proof of the greatness of the soul of a boy imprisoned within the ghetto, the walls of which could not conquer his spirit. ”

Petr Ginz was killed in Auschwitz in 1944. Colonel Ilan Ramon died on February 1, 2003, when the space shuttle Columbia broke apart during reentry into the Earth’s atmosphere.
BJA created a three dimensional bronze relief sculpture of Ginz’s drawing, set within a cor-ten frame designed to look like a monumental open book. One side contains the sculpture and the other side contains the explanation of the drawing, and its journey to into space aboard Columbia.

Our firm handled successfully concept development, design, fabrication and installation of this project.