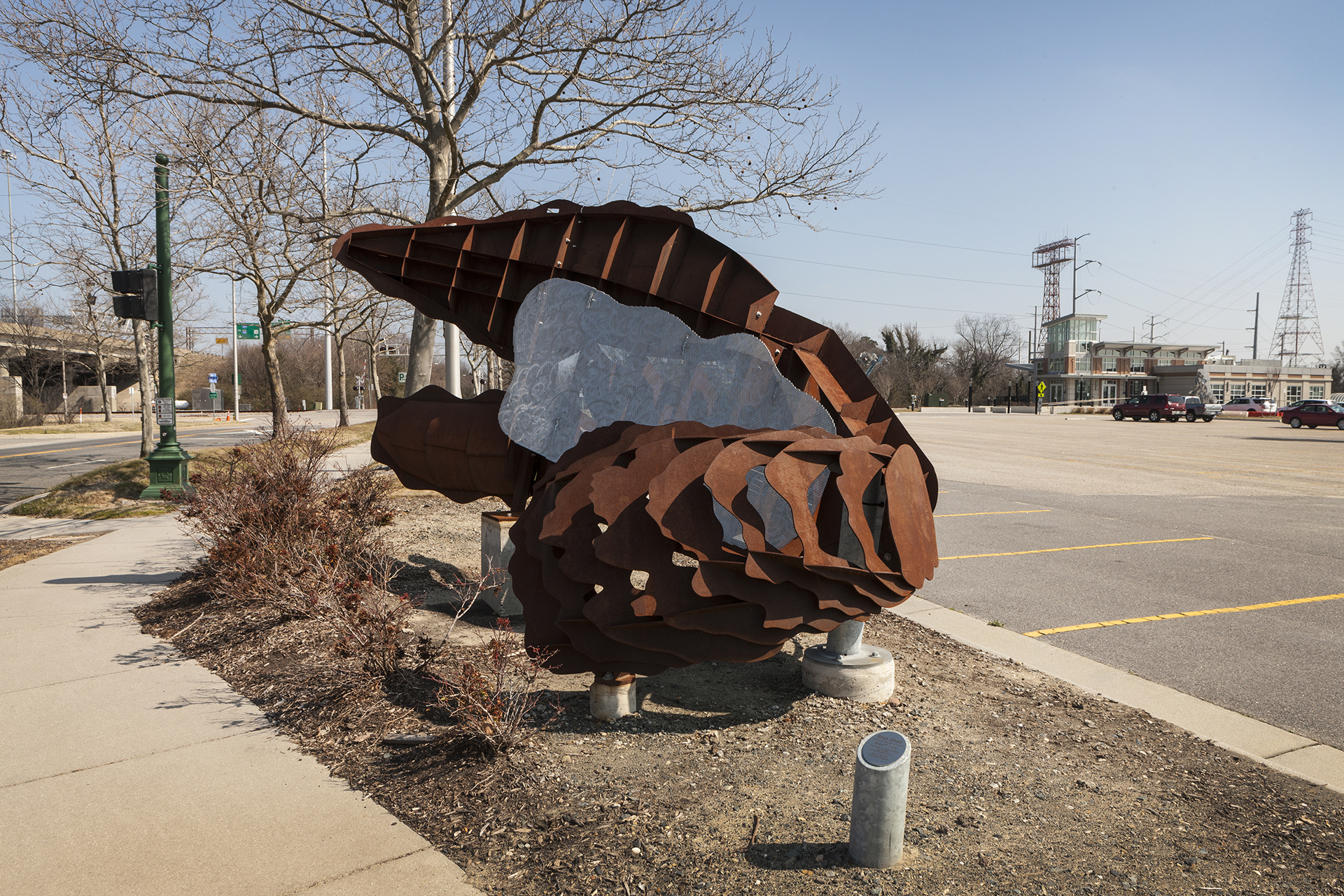 The Sculptures are both place markers and place makers, speaking to Norfolk’s local history, transportation industry, and its estuary biology. The series is formed from stories of ships and oysters that grow from the waters of the lower Chesapeake. The intent is to point to a future of growth and innovation rooted in the local ecology of industry and biology. A future identity built upon retrofitting the past. Oysters are a keystone species in region; Its estimated that oyster population prior to colonial settlement filtered the entire Chesapeake in 3.3 days.

ShipShell represents the history of boat and ship building innovations layered like the growth of an oyster’s shell. Norfolk’s railroad supported a booming local oyster industry that transported oysters to the West. The sculpture’s outer “shell” is made of weathering steel that will naturally achieve a rust patina, conveying the passage of time. SignalCarrier co-opts the oval median to reference a ship’s deck floating in a sea of parking. Sitting atop this median-deck are two steel boxes based on the silhouette profile of aircraft carrier islands, profiles commonly seen in the Norfolk skyline. Viewed from the train a “razzle dazzle” camouflage paint scheme attempts to obfuscate the recognizable profiles. Rising out of the larger island is a truss or trestle form echoing the railroad draw bridge, railroad signal towers and radar masts.
Stealth Reef represents both the generative biology of Norfolk’s waterways and its great innovative ship building industry. The sculpture’s form emerged researching naval history. We came upon an ongoing tradition of recycling decommissioned naval ships by sinking them to become artificial reefs. We mused if the navy’s current cutting-edge stealth designed Zumwalt class ships would some day become a home to marine biology.

We worked closely with the selection committee as well as the Norfolk downtown community and river industries to forge a series of sculptures that reflect the cities local pride in its history and hopeful vision for the future.