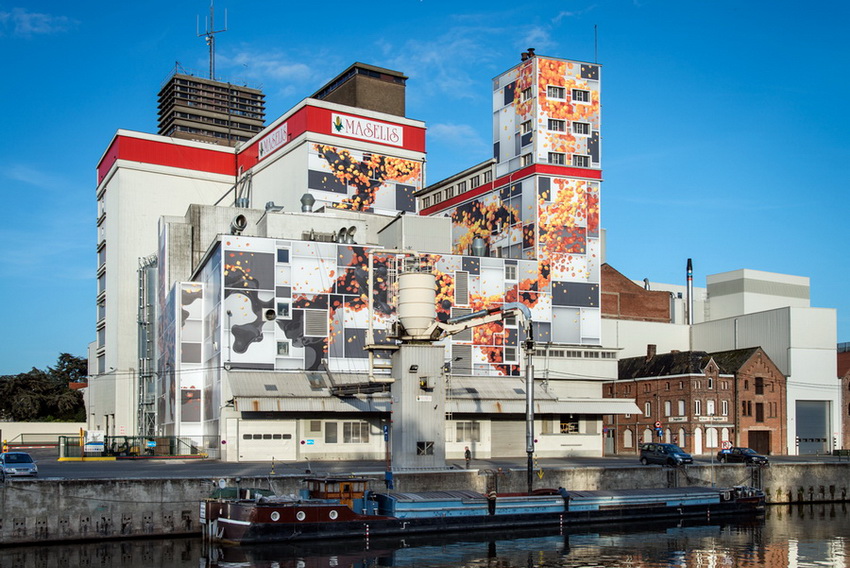 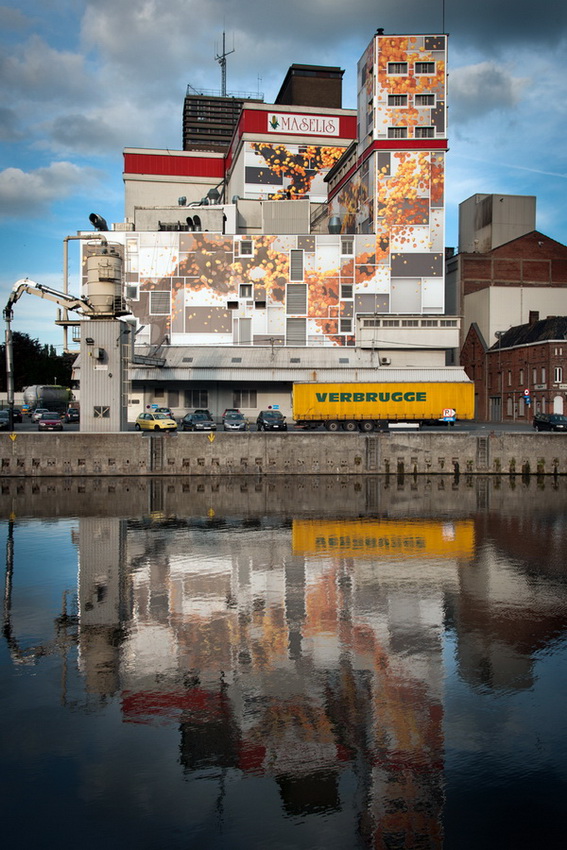 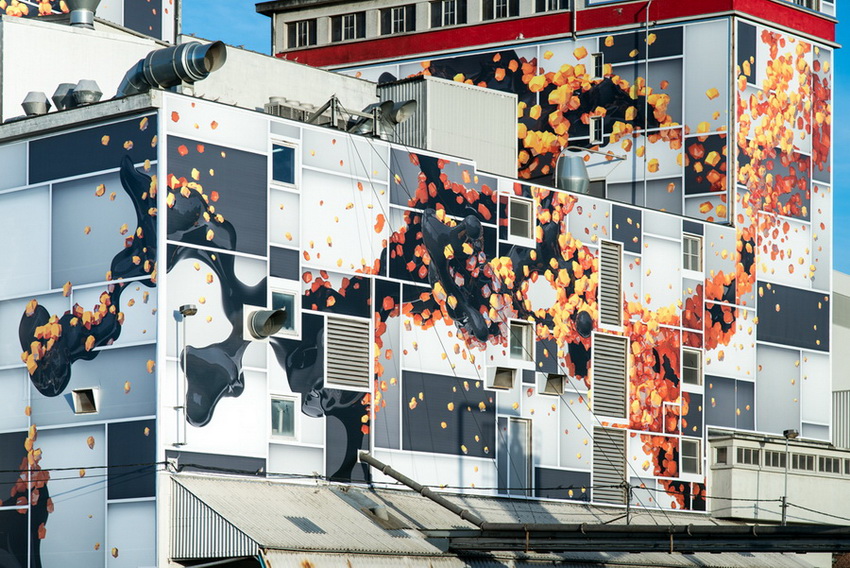 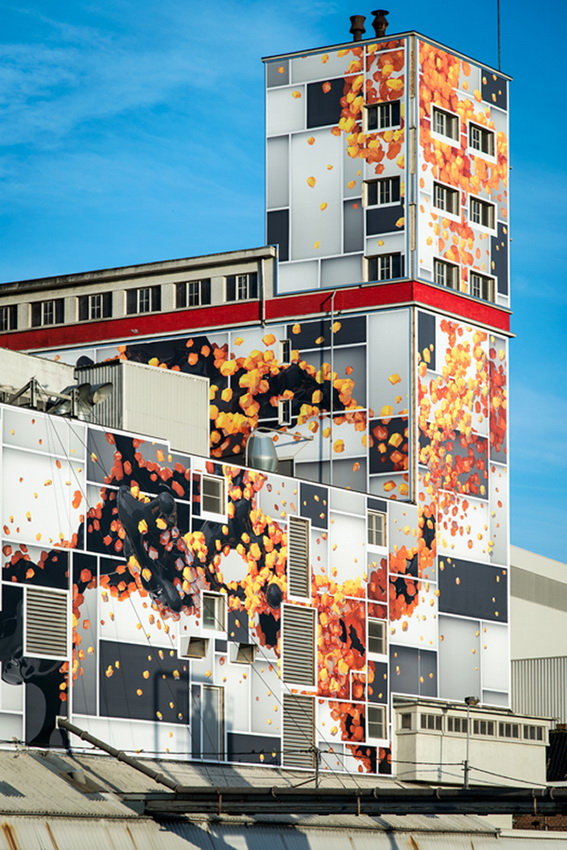 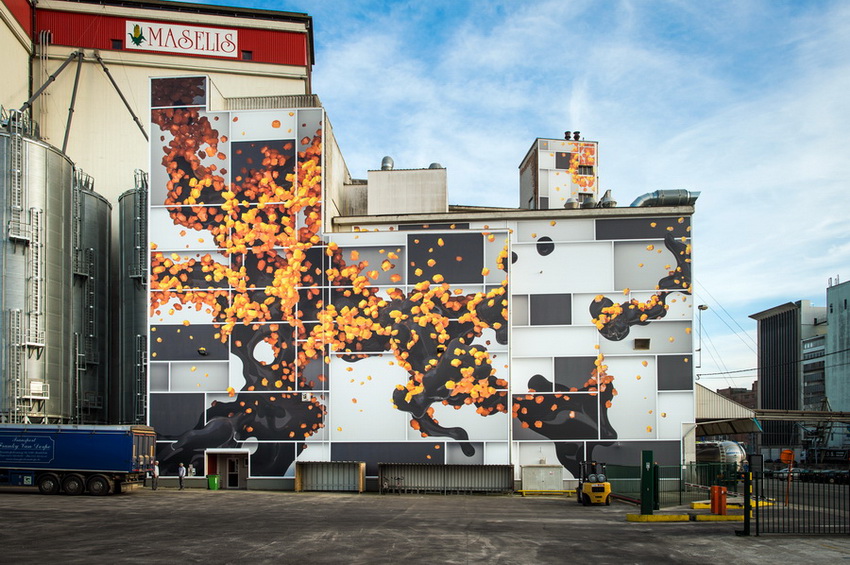 The NAIRGTZAG (2012) print is almost 2000m² large and wraps up the complete Maselis grain factory. The inspiration for NAIRGTZAG was found in the physical features of the building, as well as in the activities of the factory and the history of the site and its surroundings. By referring to the local history, Ervinck aimed at producing a new history and thus adding layers to the urban landscape. Ervinck played with the various obstacles of the building, such as grates and drainage pipes throwing the viewer in confusion whether the visible elements are real or virtual.

NIARGTZAG was commissioned in 2012 by Kanal, an outdoor exhibition praising local industry in Roeselare. The factory of Maselis nv is situated near the center of Roeselare, next to the train station and the canal. The building thus is an important landmark for the city. The goal for Ervinck as an artist was to create confusion and wonder about this building that most of the citizens see on a daily basis. Maselis nv was founded in 1872 on exact the same spot as it is today. Ervinck - also born in roeselare - was intrigued by the history of this place and by adding this huge print, he tried to create a new history. He created a new landmark by emphasizing an existing building and a print where the local citizens and the workers of the factory could relate to.