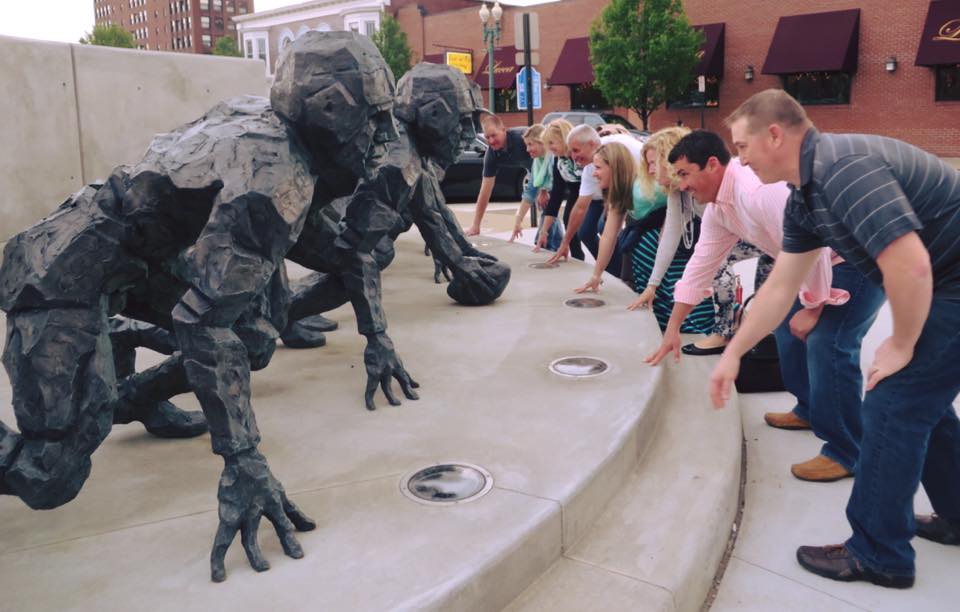 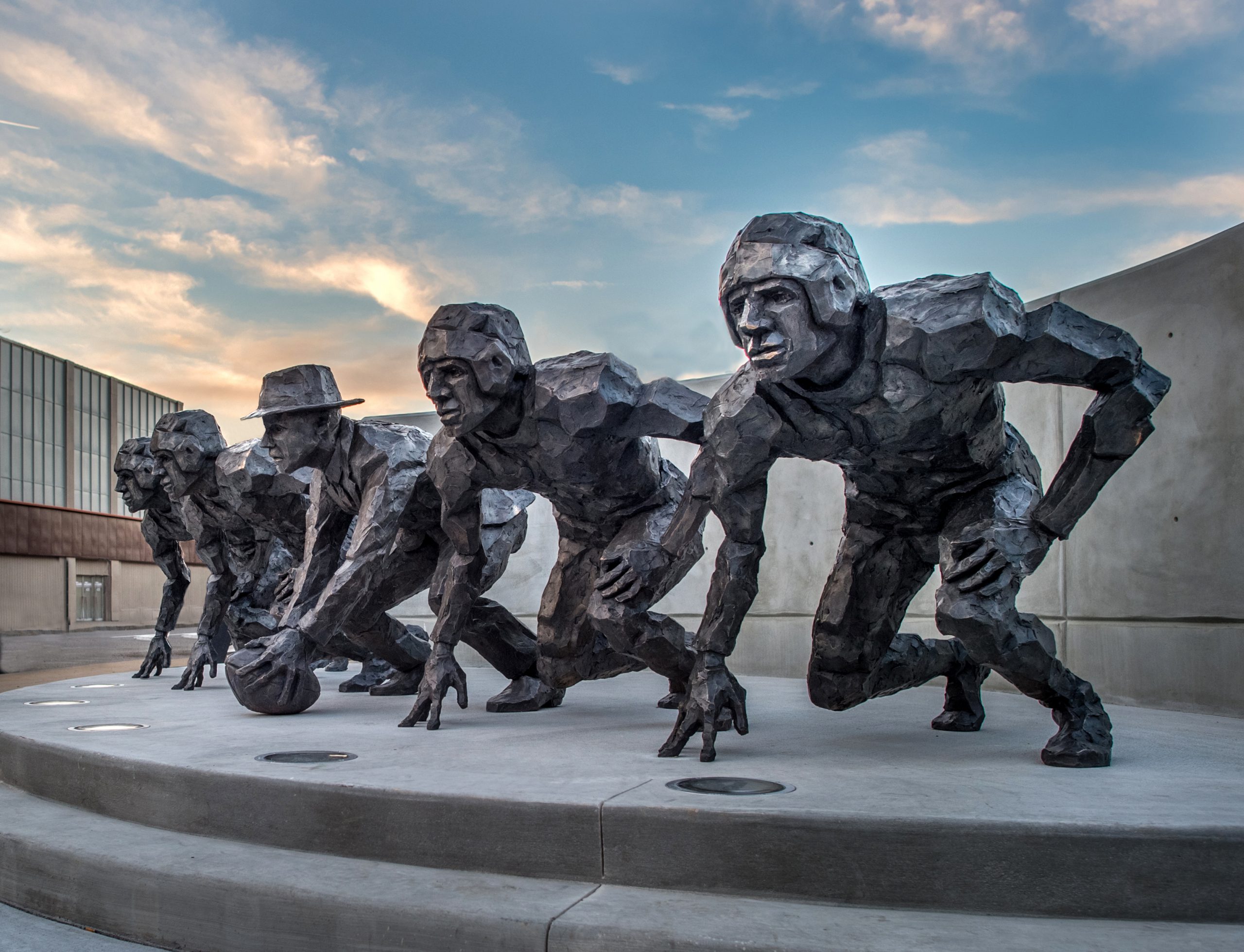 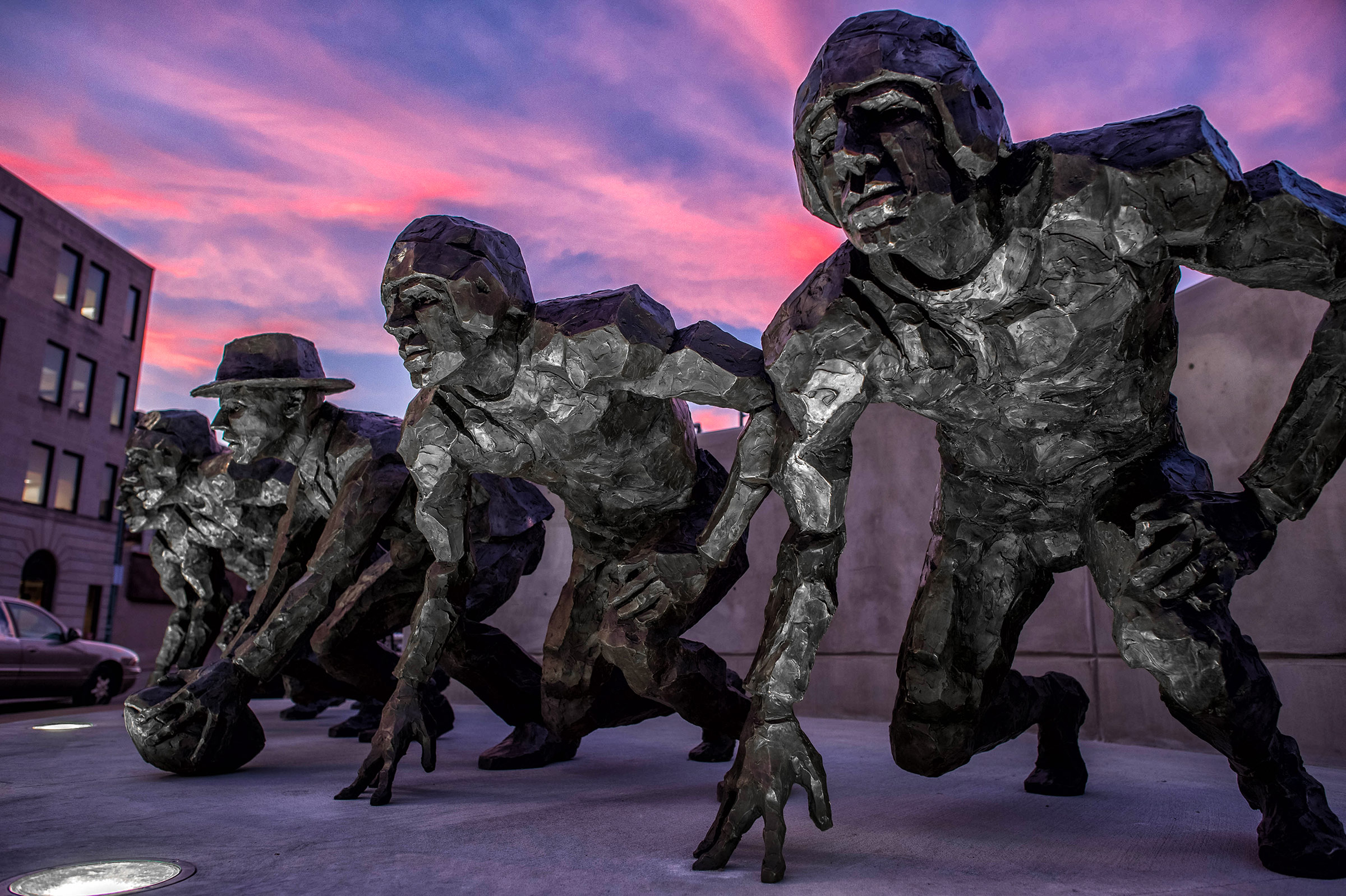 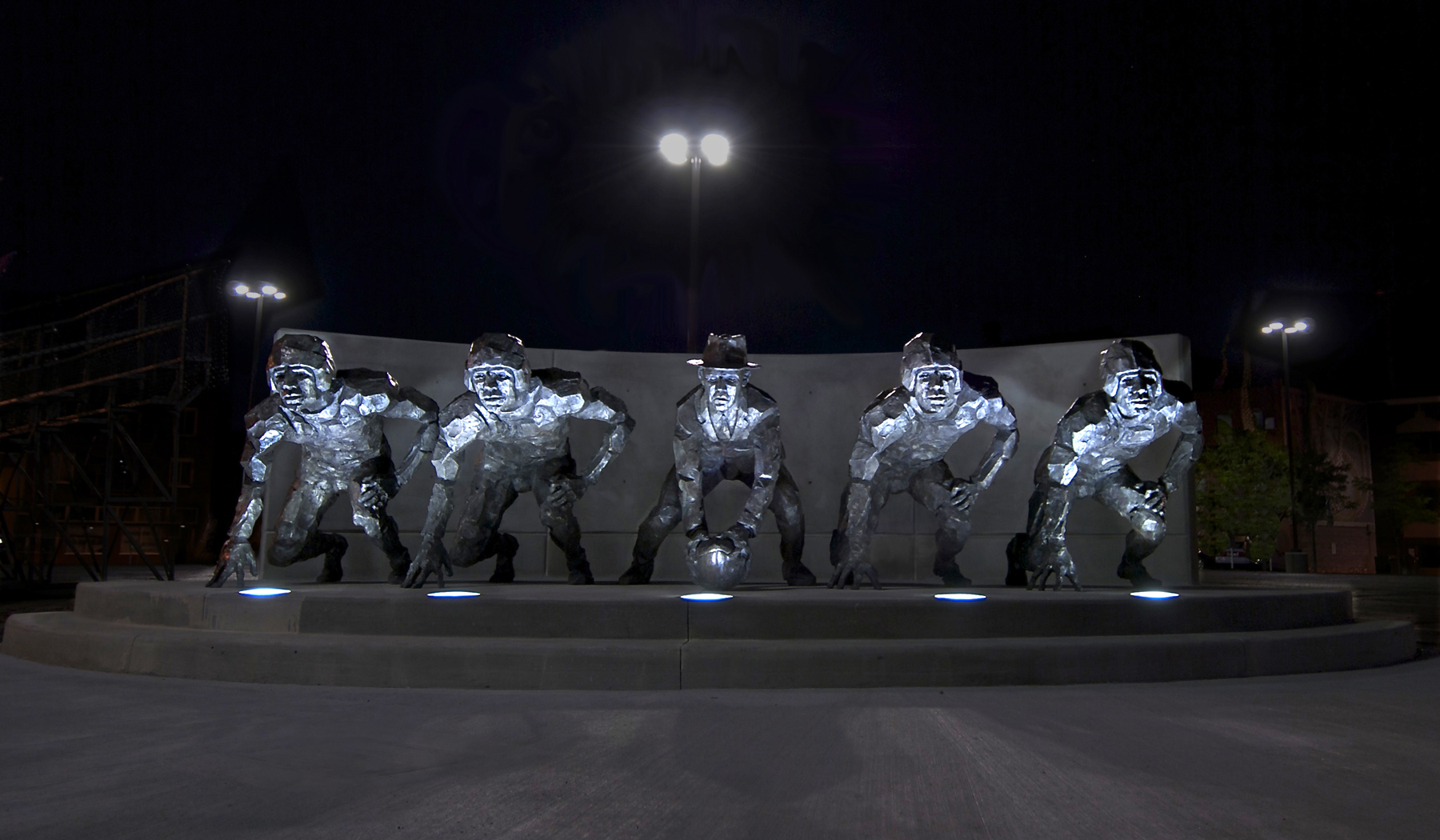 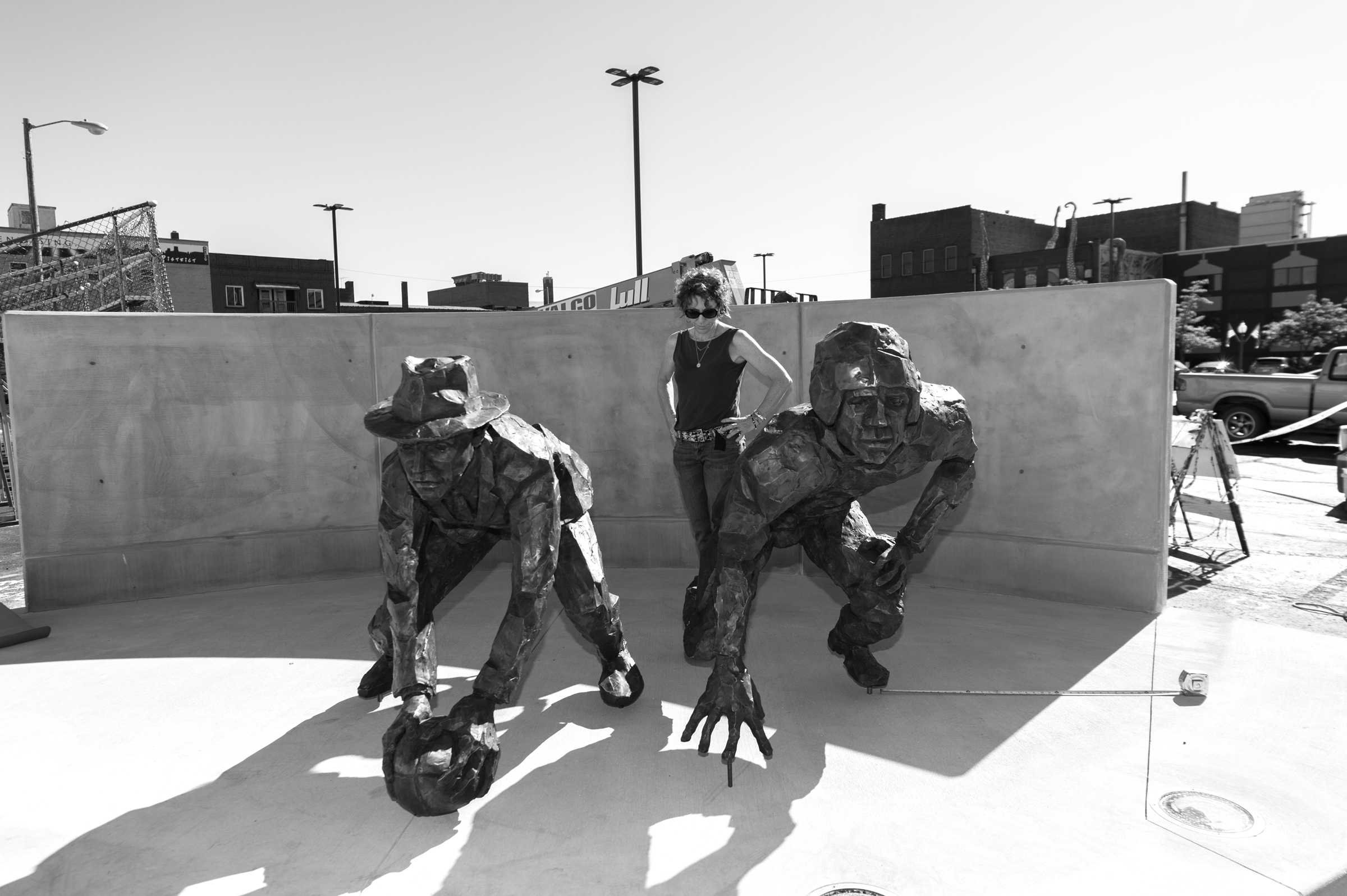 City of Canton, Ohio/Pro Football Hall of Fame commissioned, 'The NFL Draft, 1936', to celebrate player, coach, owner and commissioner of football, Bert Bell. Bell introduced the NFL Draft in 1936. In this tribute the artist celebrates the collaboration of business and football through Bell, a man who literally had a foot in both camps. The imposing line is an historical narrative inviting visitors and fans to challenge the offensive line or be the quarterback. The 'ELEVEN Greatest Moments in Pro Football History', educate and adorn along the route of the Enshrinement Festival Hall of Fame Parade in downtown Canton.

The ELEVEN is a multi-year project of ArtsinStark and The Pro Football Hall of Fame with the following goals: 1) To connect the Pro Football HOF with the parade route through downtown celebrating Canton's rich history of football, 2) To create a walkable series, 11 pieces of world-class educational art, 3) To establish a new tourism attraction called The ELEVEN. The eleven greatest moments were selected by The Pro Football Hall of Fame. 'The NFL Draft, 1936', is on the path of the Gold Jacket ceremonial parade. Fans pilgrimage to the the enshrinement festival from all corners of the earth to celebrate all that is football. The ability of the fans to interact directly with the foreboding offensive line was the primary artistic goal. Many fans don their favorite team quarterback jersey, giving them cause to challenge or place themselves behind the foreboding offensive line in the QB position.

The ELEVEN greatest moments were identified by The Pro Football Hall of Fame. The Artist was commissioned and given artistic license to site, scale and design the art, base location, lighting and pedestal. The fedora clad Bert Bell is notable for many contributions to football. This piece celebrates the game changing introduction of the NFL Draft. The artists abstract sensibility leaves the door open for fans to speculate on their historical wisdom to identify Bell as one of the many fedora clad football icons of the 30's, George Hallas, Ralph Hay among them. The sites are all equipped with educational narratives.

Unveiled by Roger Goodell during the Gold Jacket ceremony week of festivities it was ridden, stood upon, challenged and surrounded by fans for the parade. The abstract nature of the era piece welcomed many interpretations as to which famous 1930's football hero it may have been, prompting discussion, education and celebration.