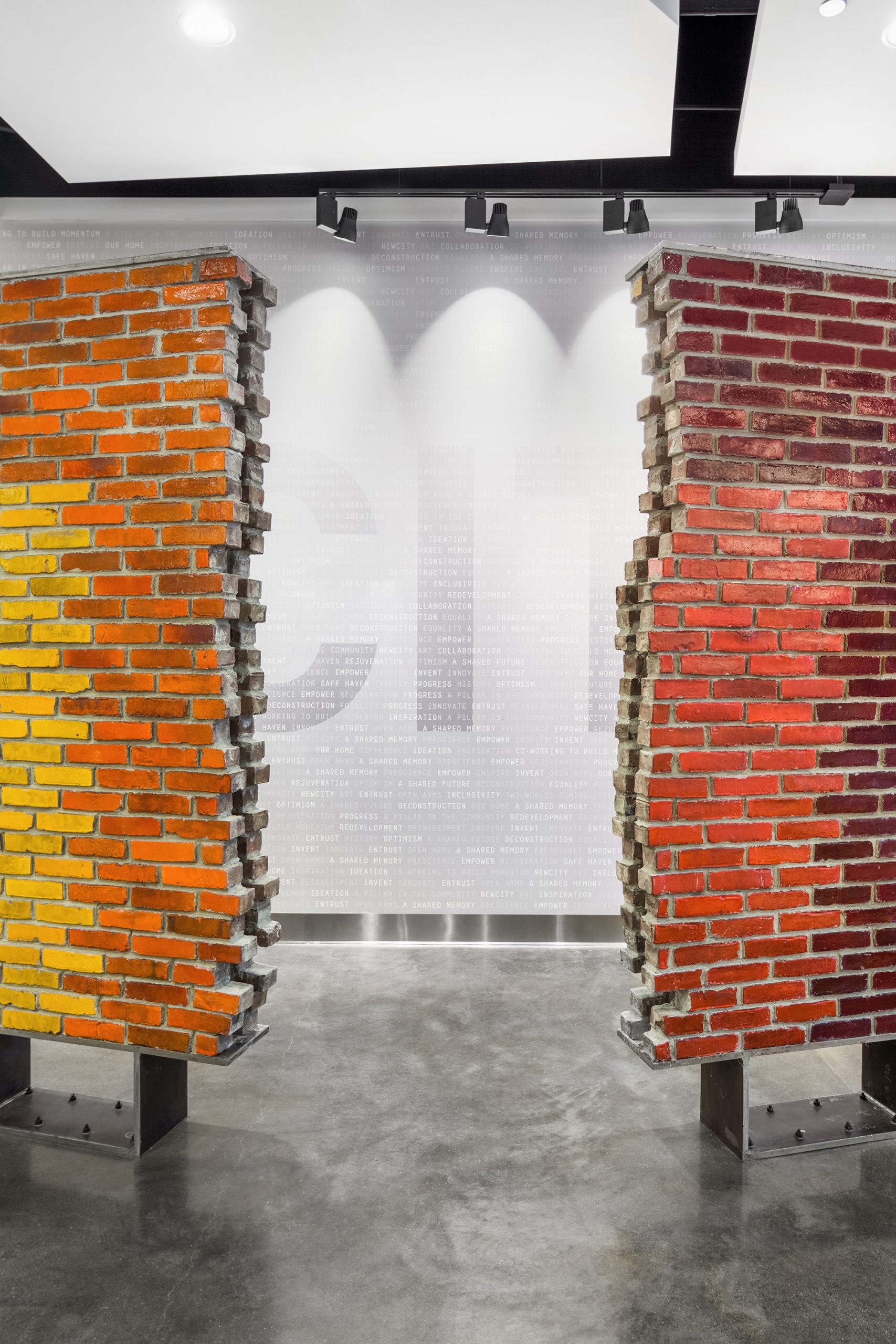 The goal of the project was to design a public art installation within a new multi-use development that would honor the site’s heritage. This entailed celebrating the spirit of a former YMCA and what it meant to the surrounding communities. Salvaged YMCA facade bricks were utilized as a major component in the design of an engaging sculptural installation using that reinterpreted the YMCA’s vibrancy.

As part of the NewCity Mixed-Used Development, the team was approached to design a public installation that would preserve the site’s heritage by celebrating the spirit of a former YMCA that stood onsite. Designed in 1981, the building featured a brightly colored glazed brick facade and served as a pillar of the community for over 25 years, uniting two racially and economically diverse groups of residents—some coming from the affluent Lincoln Park neighborhood and others from the nearby Cabrini-Green housing complex.

To reimagine this great sense of vibrancy and connection, the team created an installation made of three structures, each constructed of salvaged glazed bricks from the original YMCA. The bricks, appearing in a state of reconstruction are raised above the floor within raw steel frames expressing the rise of a community. Each side of the installation represents a defining aspect of the former YMCA, with the front design referencing the original building’s facade and the back mosaic symbolizing the notion of “two worlds coming together,” a grounding concept behind the architecture of the original building.

Complementing the structure is an expansive wall treatment featuring a modern typographic pattern that verbally expresses what the YMCA meant to the community.

To understand the impact of the original YMCA, a research phase was conducted at the beginning of the project. The outcomes of this research became incredibly inspiring to the design team, and helped define the outcome of the project. Upon completion of the conceptual design for the project the team worked with local artisans, including printers, bricklayers and metal fabricators to create and install the final sculpture and complimentary mural.

The client provided a statement following the project completion giving testament to the team’s success: “You are all to be commended for executing this under great pressure and strict deadline. The design and install of this art installation has exceeded my expectations and everyone I have spoken to has been very impressed.”