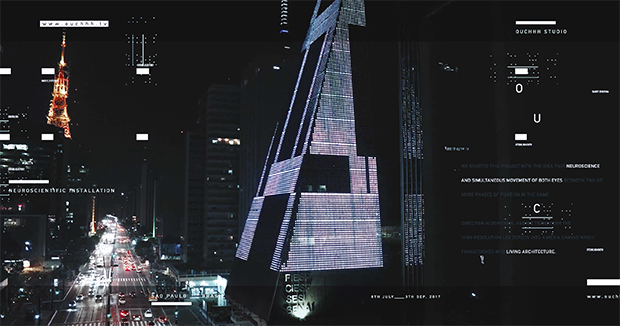 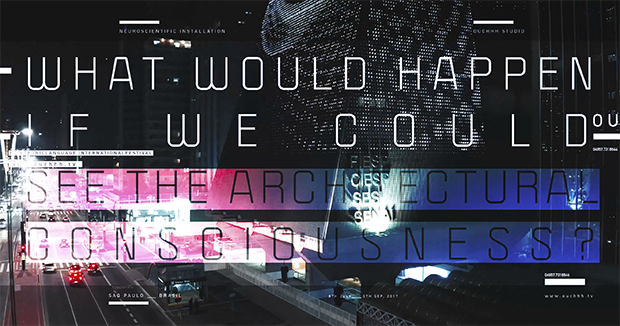 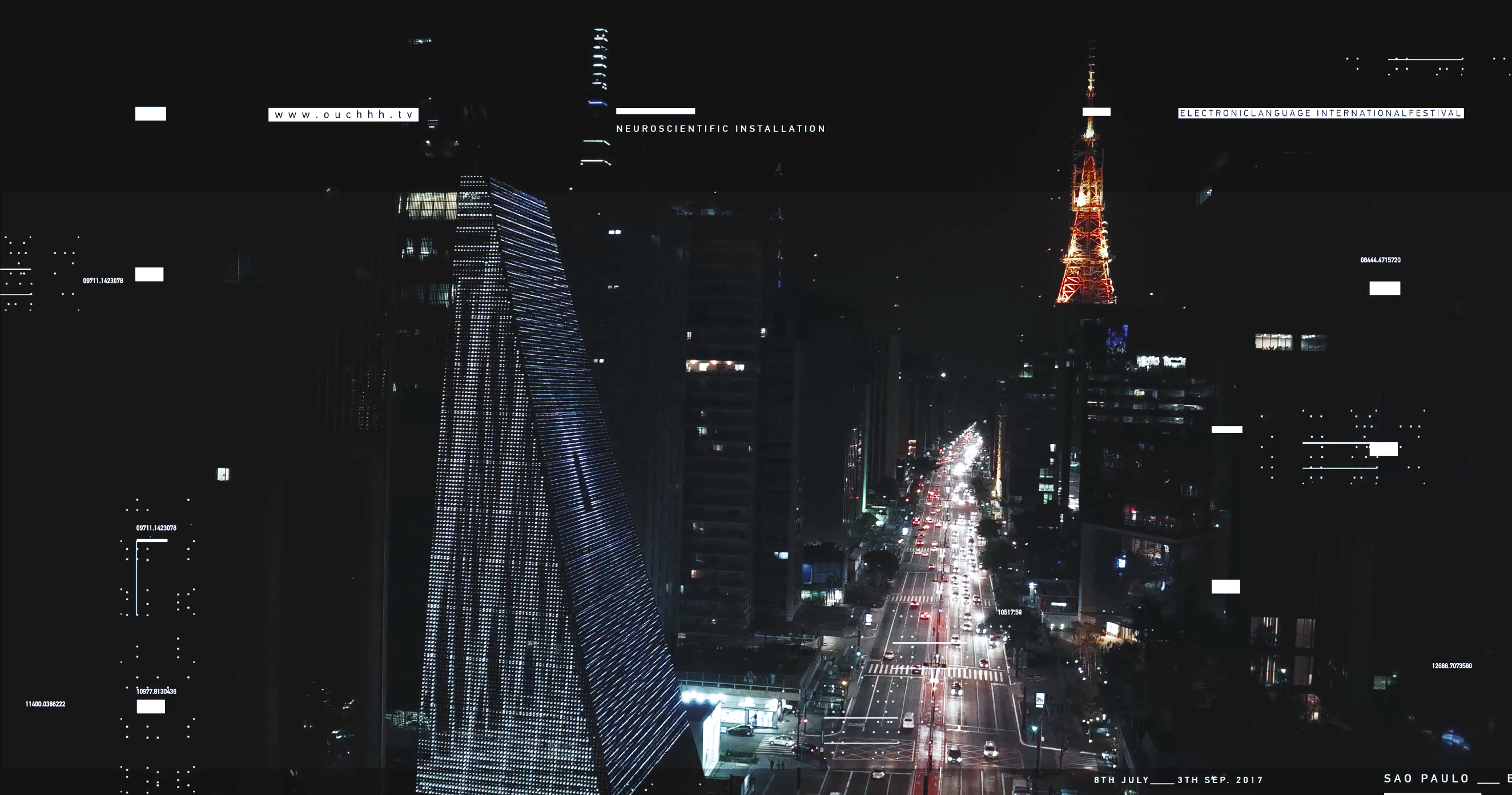 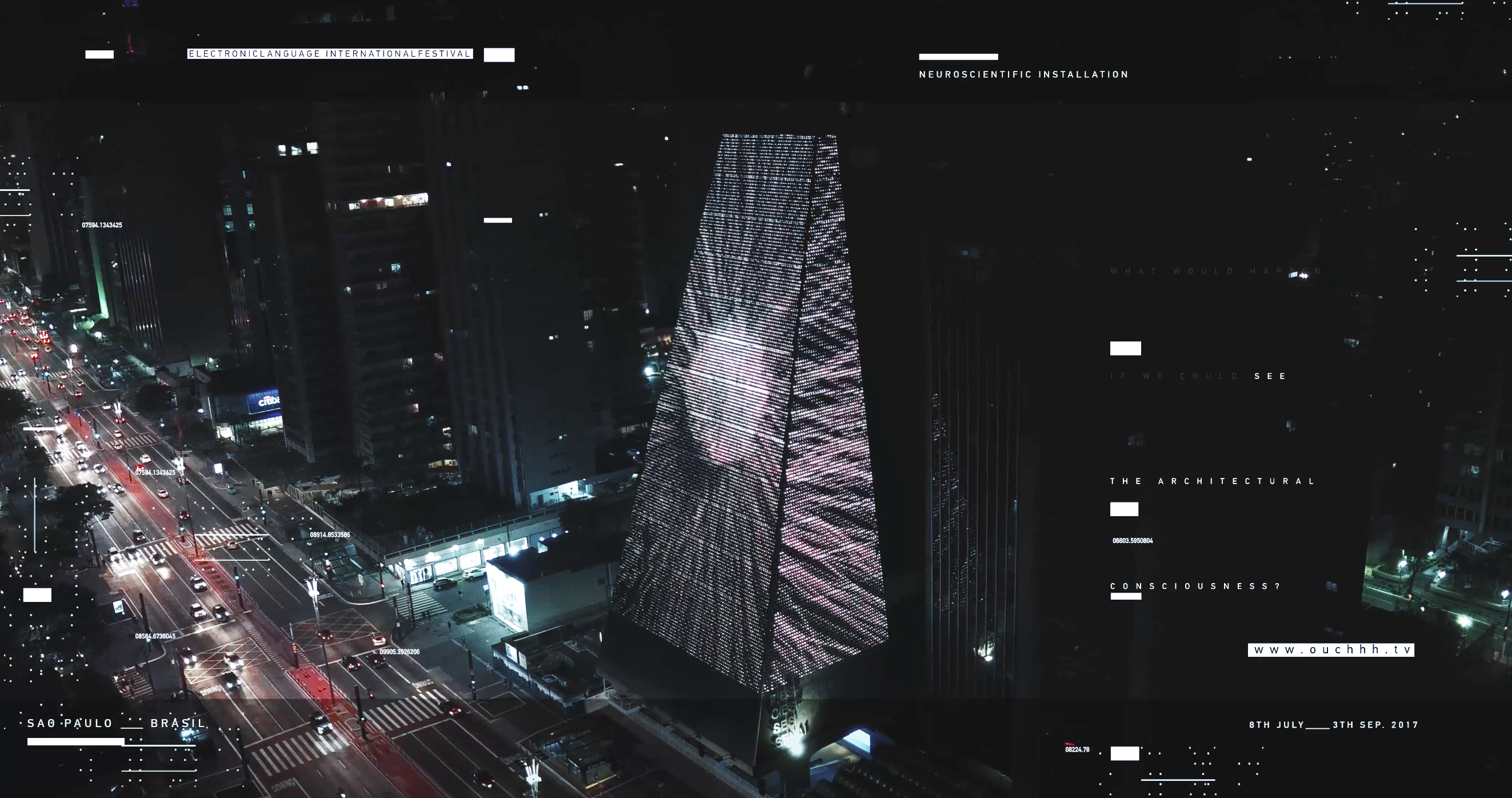 The installation was made in Sao Paulo which has been retrofitted in the existing honeycomb facade of the pyramidal FIESP Building.The media facade is divided into 3 parts, which are situated on 3 different sides of the facade.The biggest and main display faces to the opposite side of the street whereas the two smaller screens are directed to display to both directions of Avenida Paulista. The threefold led facade is formed of a network of approximately 26,000 Led Clusters embedded in 3700 m2 metal structure that covers the pyramids FIESP building.

What would happen if we could see the architectural consciousness?
We started this project with the idea that Neuroscience and simultaneous movement of both eyes between two or more phases of fixation in the same direction algorithms, and we transform the high-resolution led screen into a media canvas which transformed into living architecture.

Ferdi Alici was the director of the project. Concept design and creative direction was by Eylul Duranagac. Sound design by Mehmet Unal from Audiofil.Time perception is a construction of the brain that is manipulable and distortable under certain
circumstances. These temporal illusions help to expose the underlying neural mechanisms of time perception. Inspired by Neuroscience and saccades of a human eye, Installation aims to represent eye tracking algorithms through producing abstract visuals by reinterpreting the time illusion.