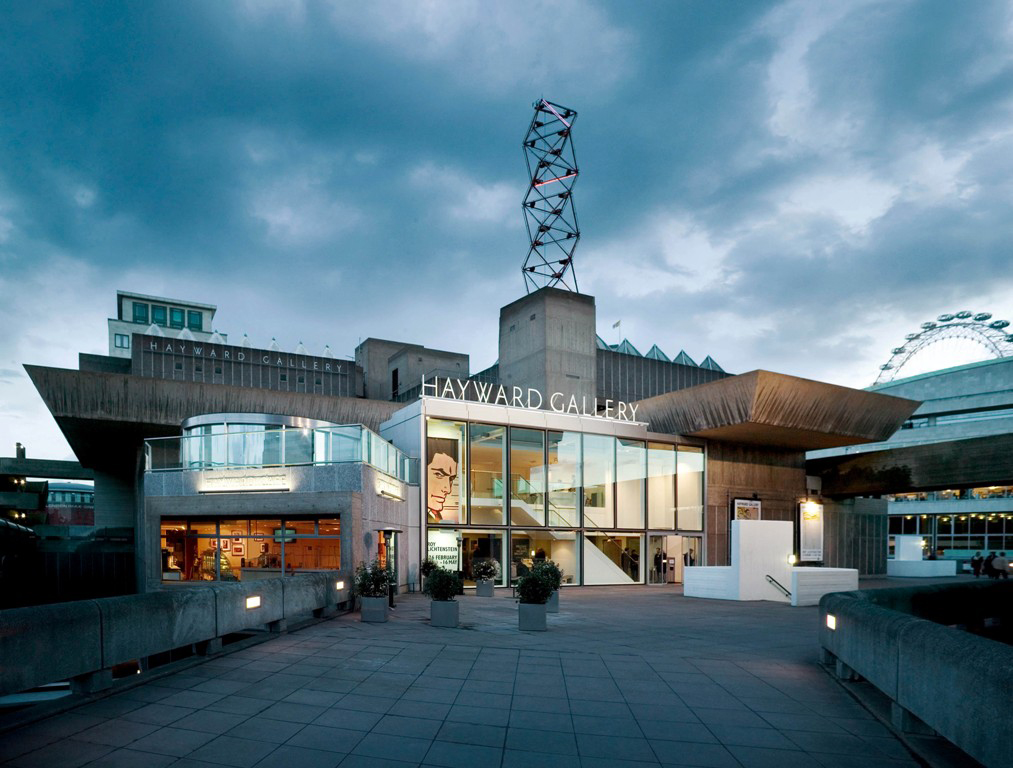 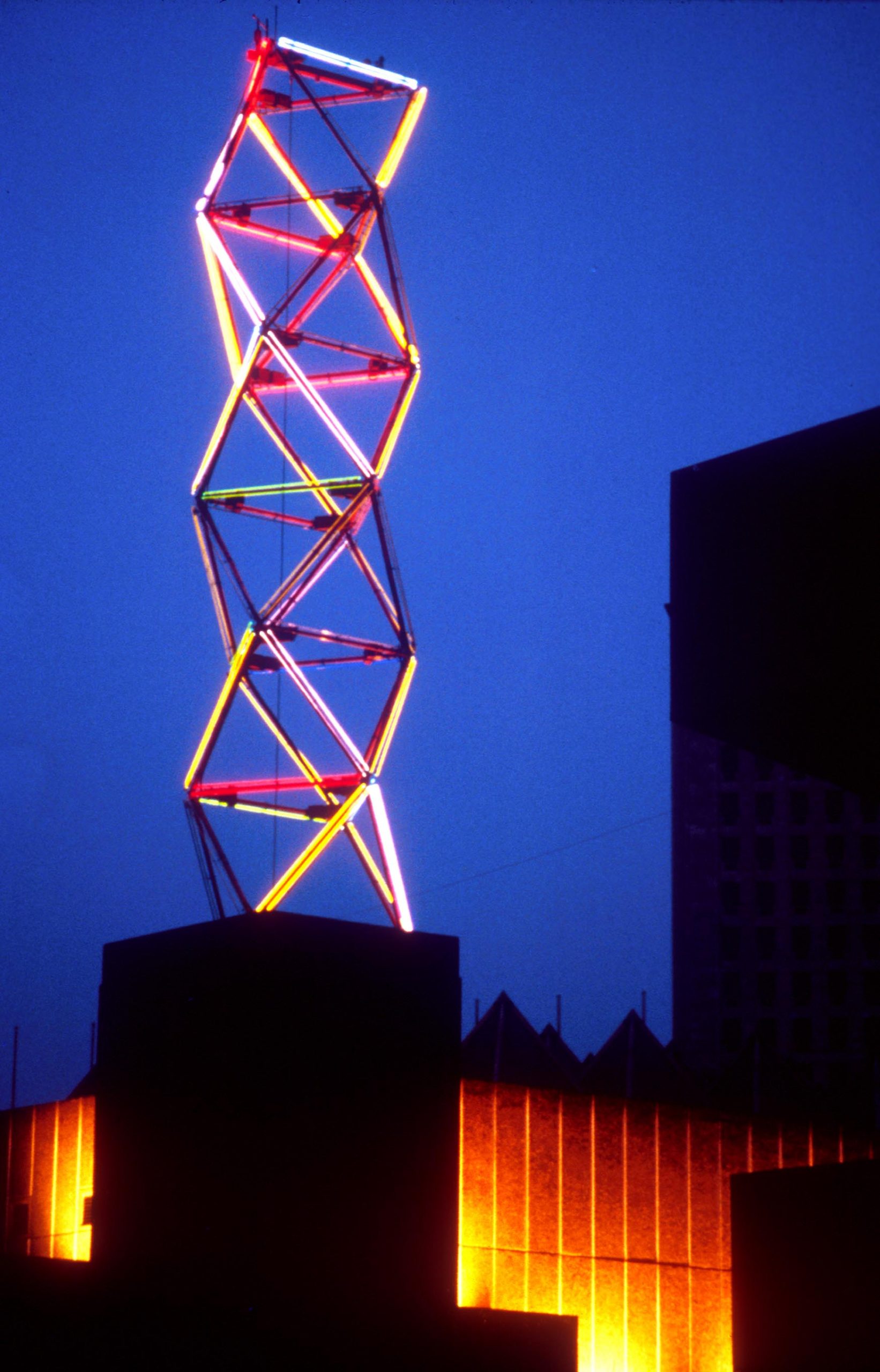 This projects came out of a competition to create artworks around the Hayward gallery on London's South bank art centre. I won the competition and proposed a kinetic neon tower that would appear to change its dimming, movement and choreography based on inputs from weather sensors. Initially the competition was for several sculptures, once my design was submitted they chose to put all the budget into this one piece.

The main goal was to attract people to the gallery, the area buildings were designed in the New Brutalist Style and the public was not immediately attracted to the site and was having a hard tome finding the entrance to the gallery

I worked with Roger Dainton, an electronic engineer who designed the custom dimming and control system for the neon, together we created a sculpture that appears to rotate and to spiral in motion. This illusion was created by dimming the neon elements in sequence, something that had never been done in neon until then. I also worked closely with the noted architect Theo Crosby of Pentagram to integrate the design and structure of the Tower into the existing facility. At the time I was in my early twenties and Theo helped us navigate the government bureaucracy and regulations. Lastly I worked closely with a small (at that time) structural London-based, highly innovative, engineering firm called Arup to design the tower steelwork and footings. They are now amongst the most important structural engineers worldwide

This was the first public kinetic sculpture in England. It came into being as the result of some visionary and creative arts administrators looking for new ideas and a very young sculptor and technical team with the goal of creating a new form of public sculpture.