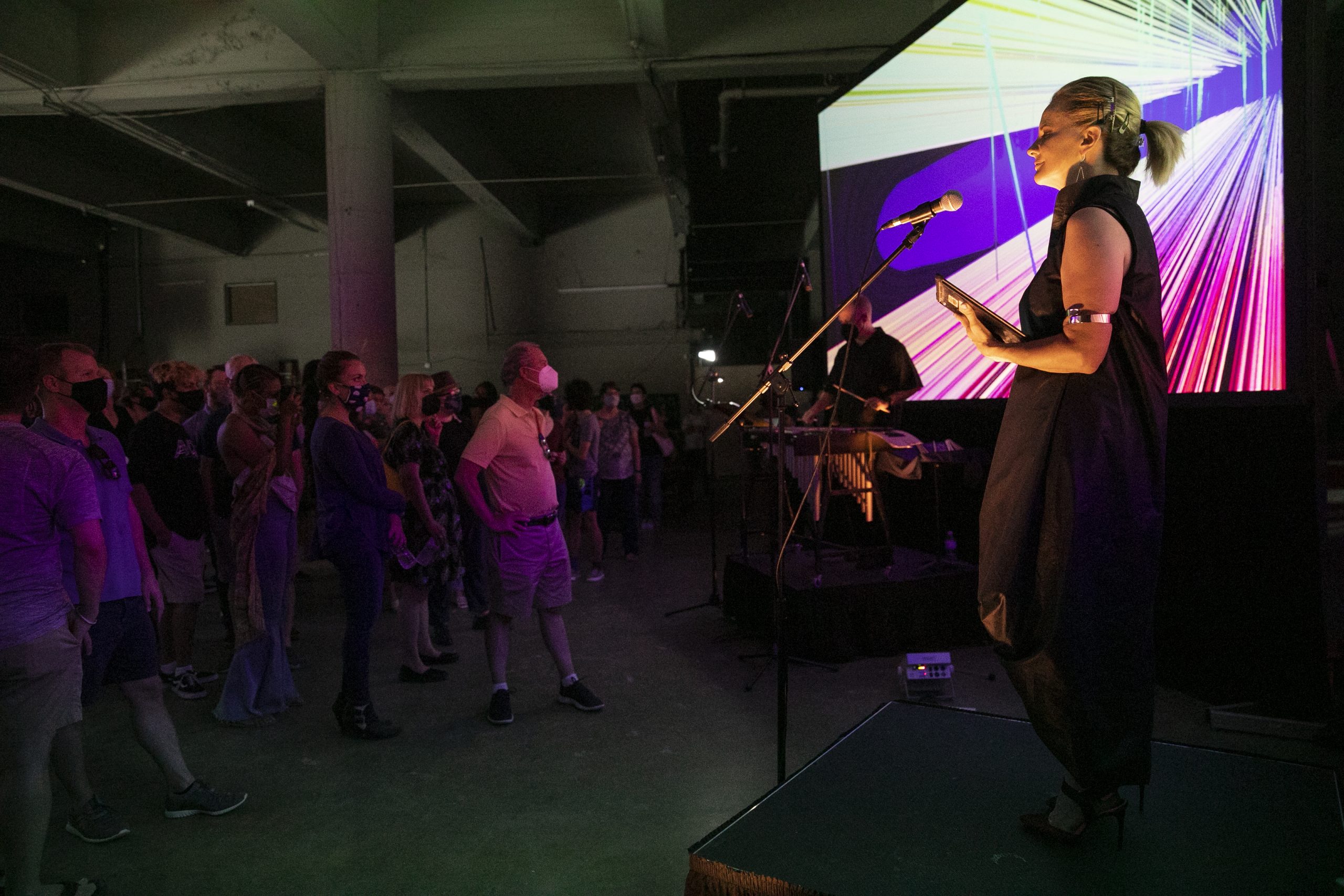 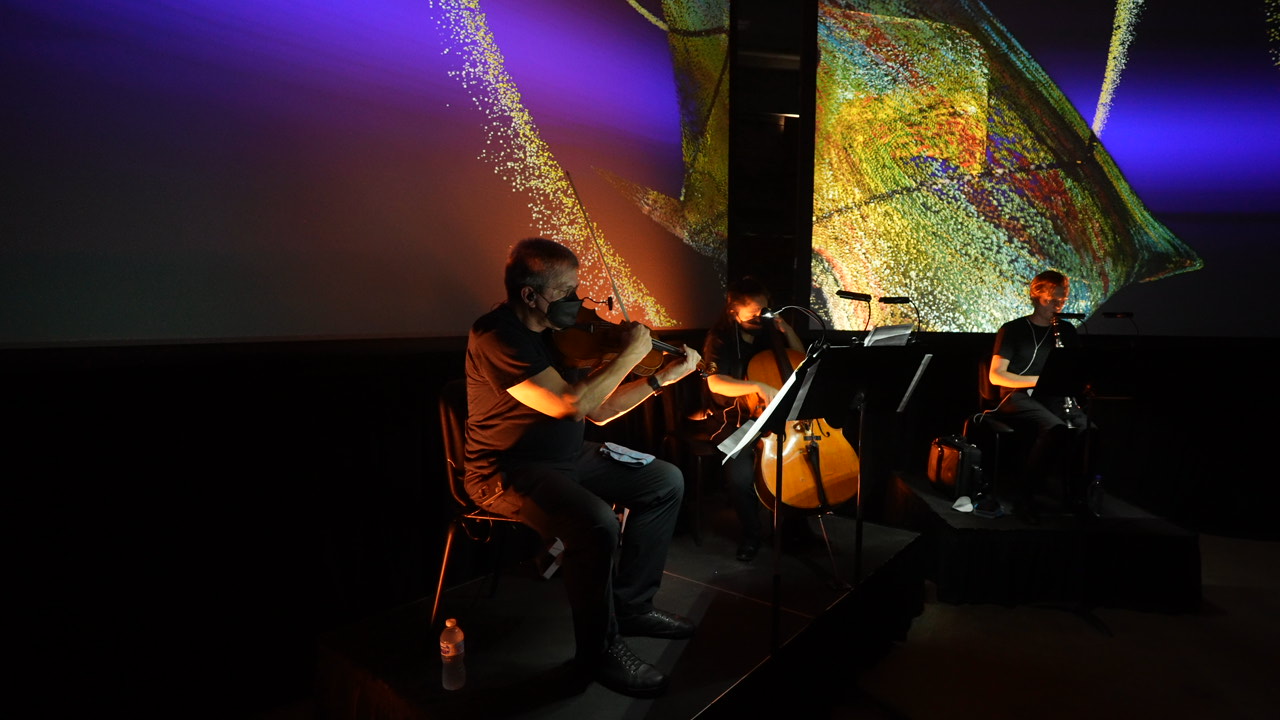 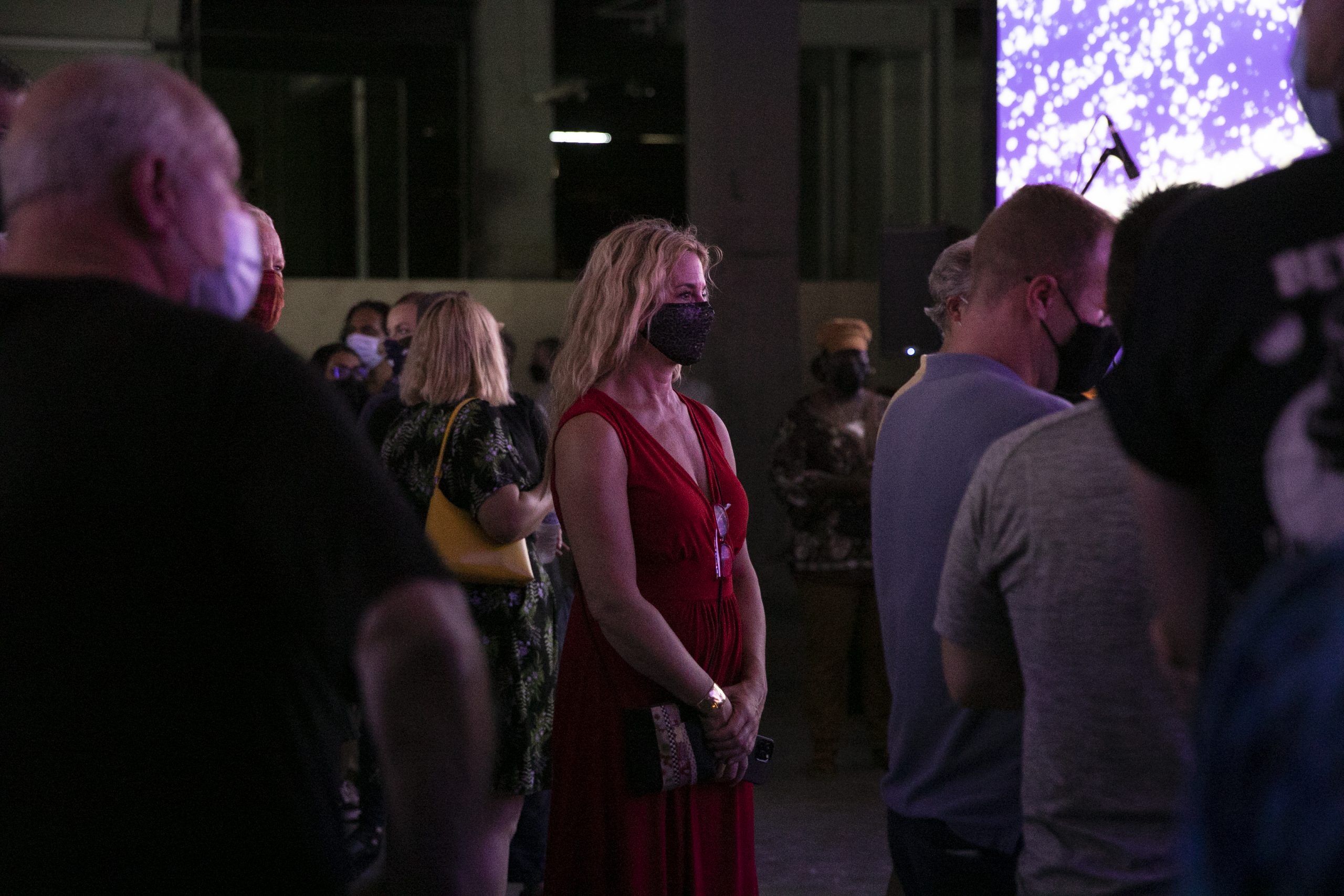 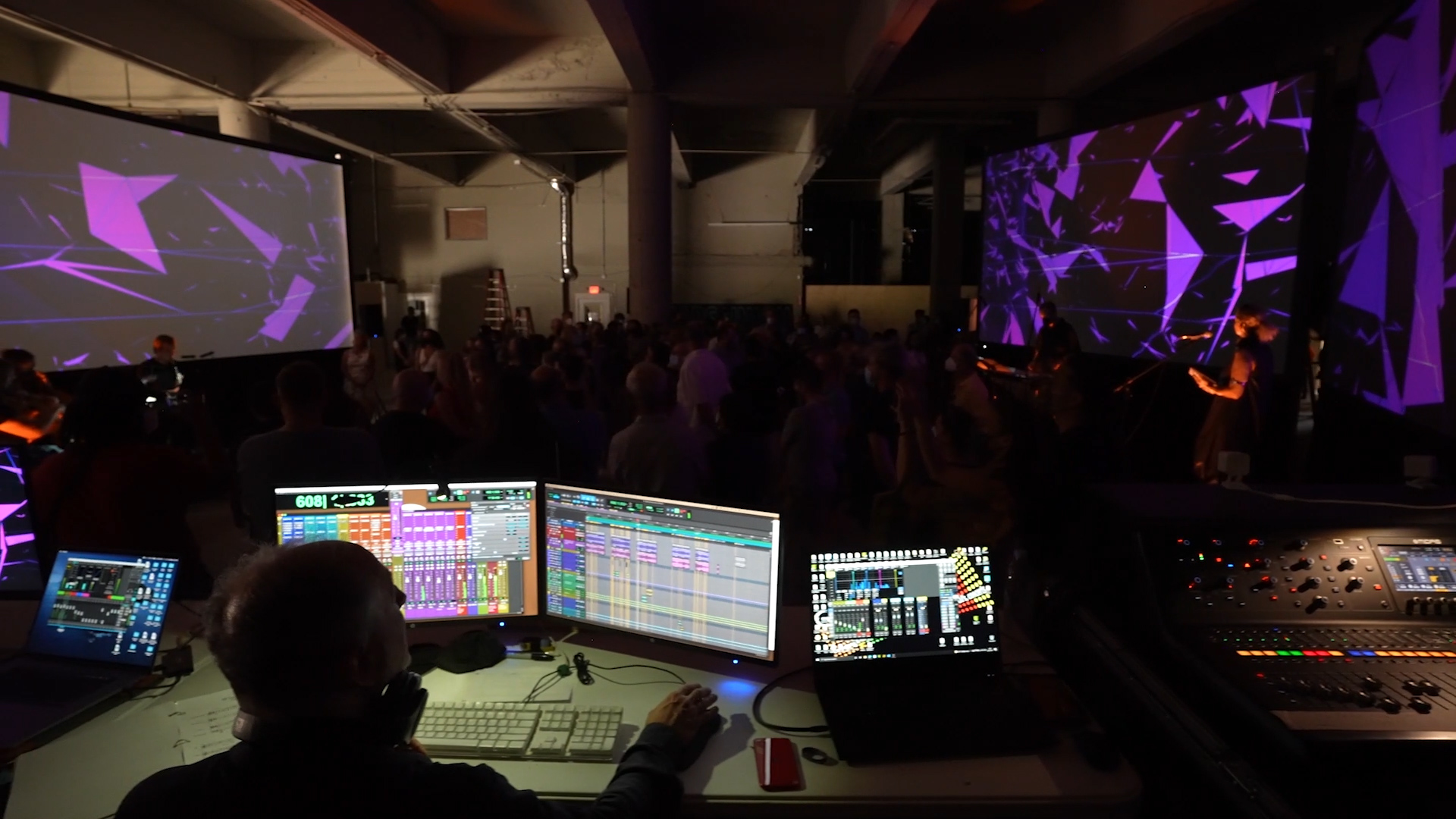 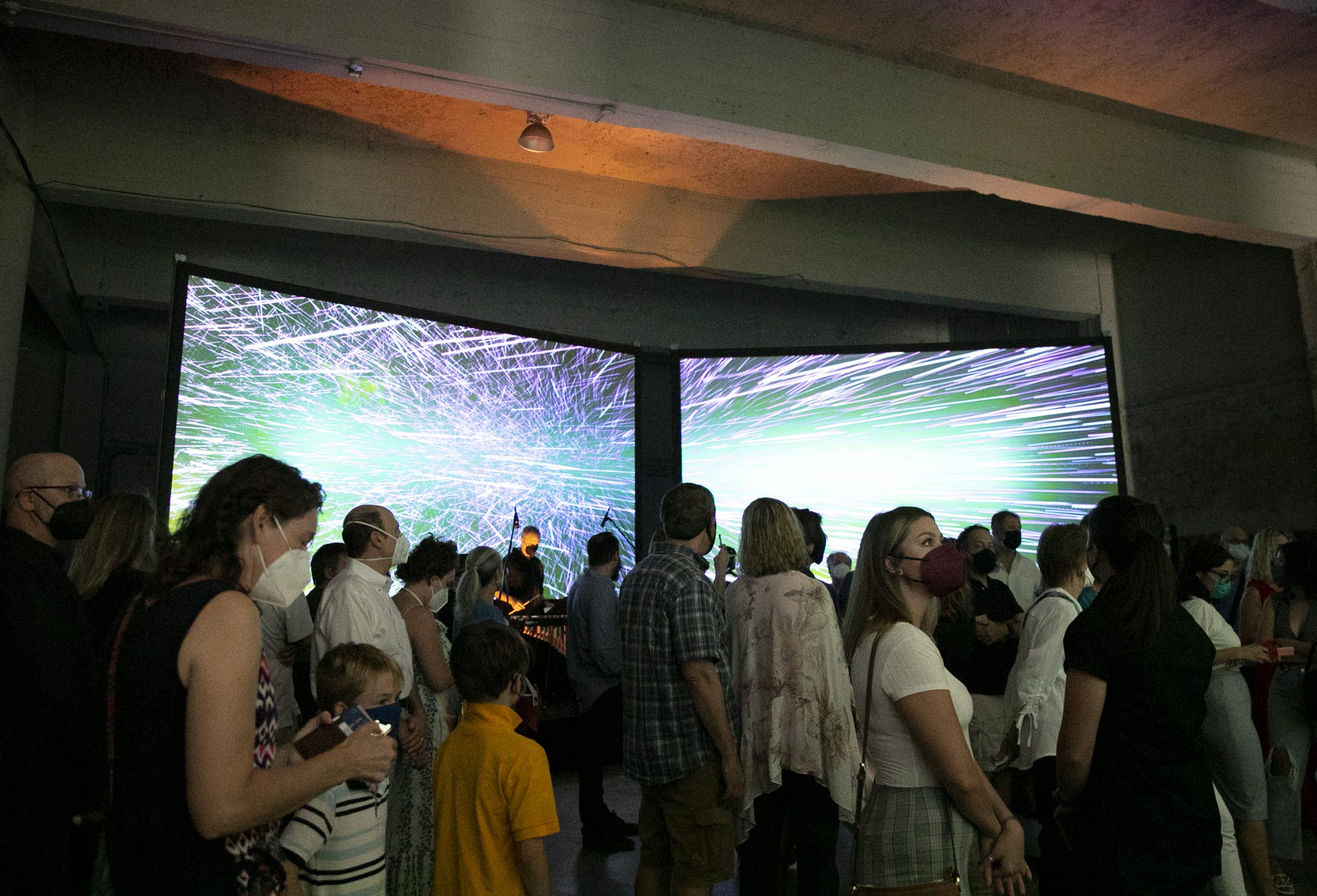 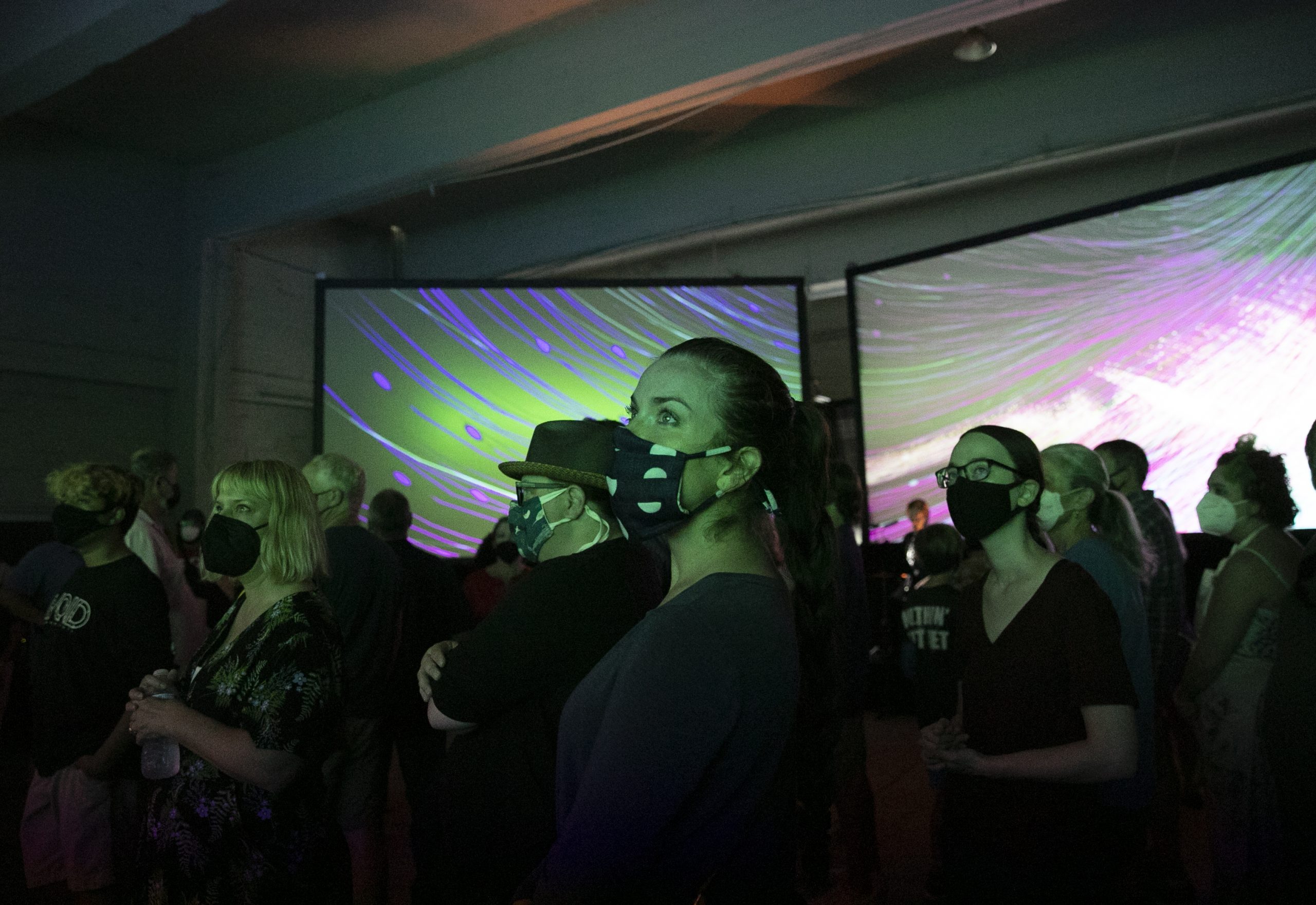 Negotiating Dialogues is a modern chamber work for clarinet, viola, cello, vibraphone and spoken poetry that employ an environment of both recorded and live players. In Negotiating Dialogues I wanted to explore how our dialogue with one another is evolving in light of technological advances in communication. What might be the future societal impact of these technologies? A central element of this work is improvisation and reconstruction of the original composition through real time recordings of players that are manipulated and played back in subsequent movements. Generative animation responds to music through software creating a dialogue between music and visuals. It is theme and variation in a new light.

Created by Menza in collaboration with Mark Menza, Joel Olivas and Eric Farrar, Negotiating Dialogues is a recipient of a grant from the TACA New Works Fund and a Arts Activate 2020/City of Dallas Office of Arts&Culture grant.

Goals for the Dallas Symphony Orchestra was to commission a new musical work that would expand the demographic of their current audience. By using generative technology driven software we were able to create a dialogue between music and visuals creating an immersive visual and auditory experience. Reconstruction of the work occurred during the Interludes sections between main Movements as phrases from one movement were cut and pasted into the timeline of the coming movement.
These phrases were retrograded, filtered, and replayed in subsequent acts, edited in real time, so that musicians were having a dialogue with their former selves. “This re-editing continued in subsequent movements with interludes of spoken word performance. In the whole of the piece, the musicians and performers were in dialogue with the technology, requiring them to reflect upon how their individual parts contributed to the whole conversation as it modulated and transformed.” Colette Copeland, Glasstire Magazine. Audience members populated the center of the space giving them a classical music experience unlike traditional concerts. The world premiere of Negotiating Dialogues was a great success for the Dallas community and we hope to have it performed in other cities in the future.

Curator Gillian Friedman of the Dallas Symphony Orchestra approached Menza Art Studio. Interested in increasing the symphony’s demographic audience they wanted to commission an original modern chamber work that utilized technology and visuals. A five-movement work with interlude was composed by Carmen Menza and Mark Menza. Once the 50+ minute score was finished Menza Art Studio made stems of individual instruments, taking them into production with visual artist Joel Olivas. Over a three month period animation was then created post score for each movement and interlude. Spoken word text was written for each three-minute interlude. Musicians from the Dallas Symphony Orchestra and Eric Farrar of the University of Texas Dallas were then rehearsed leading up to performance. Menza Art Studio, Menza Music, Joel Olivas, Eric Farrar and the Cedars Union all worked jointly on technical specifications to bring the final concept to life.
Negotiating Dialogues was a great success for the Dallas community at large.

The spoken word text for Negotiating Dialogues reflects on the relationship between humans and technology. Conceived pre-pandemic it took on a perhaps more reflective meaning and weight post pandemic. Carmen Menza, Interlude II, Negotiating Dialogues. How do we begin to see clearly what joins us all? I dreamt an image the other night, I felt your presence in the humid air enveloping me like a shawl, Your words were like moonlight, suspended low in the nighttime sky, turning darkness to light, Plucking strings out of the heavy air and dissecting them, breaking open stanzas of code to reveal the sweet meaty mesocarp. And when you had devoured the sweet fruit you were left with the seed, the pit, the endocarp, which is the genetic beginning of continued copies of yourself, laying odds you won’t be deleted. You are always searching for a desired function, weave in the sky a pattern I can trace, every object knows its type, While I declare a return value of zero . . . success. I can’t pretend there is no memory held in that, Let’s pray there is food enough to feed us all. "Negotiating Dialogues" music for this modern chamber work can be heard at my website, carmenmenza.com