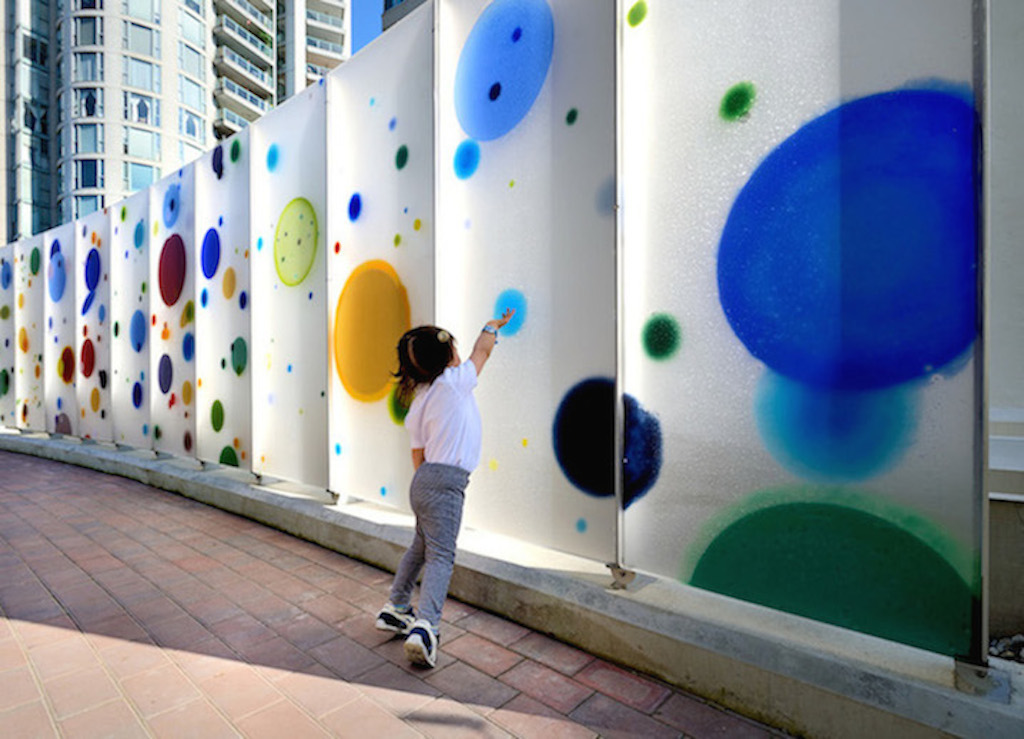 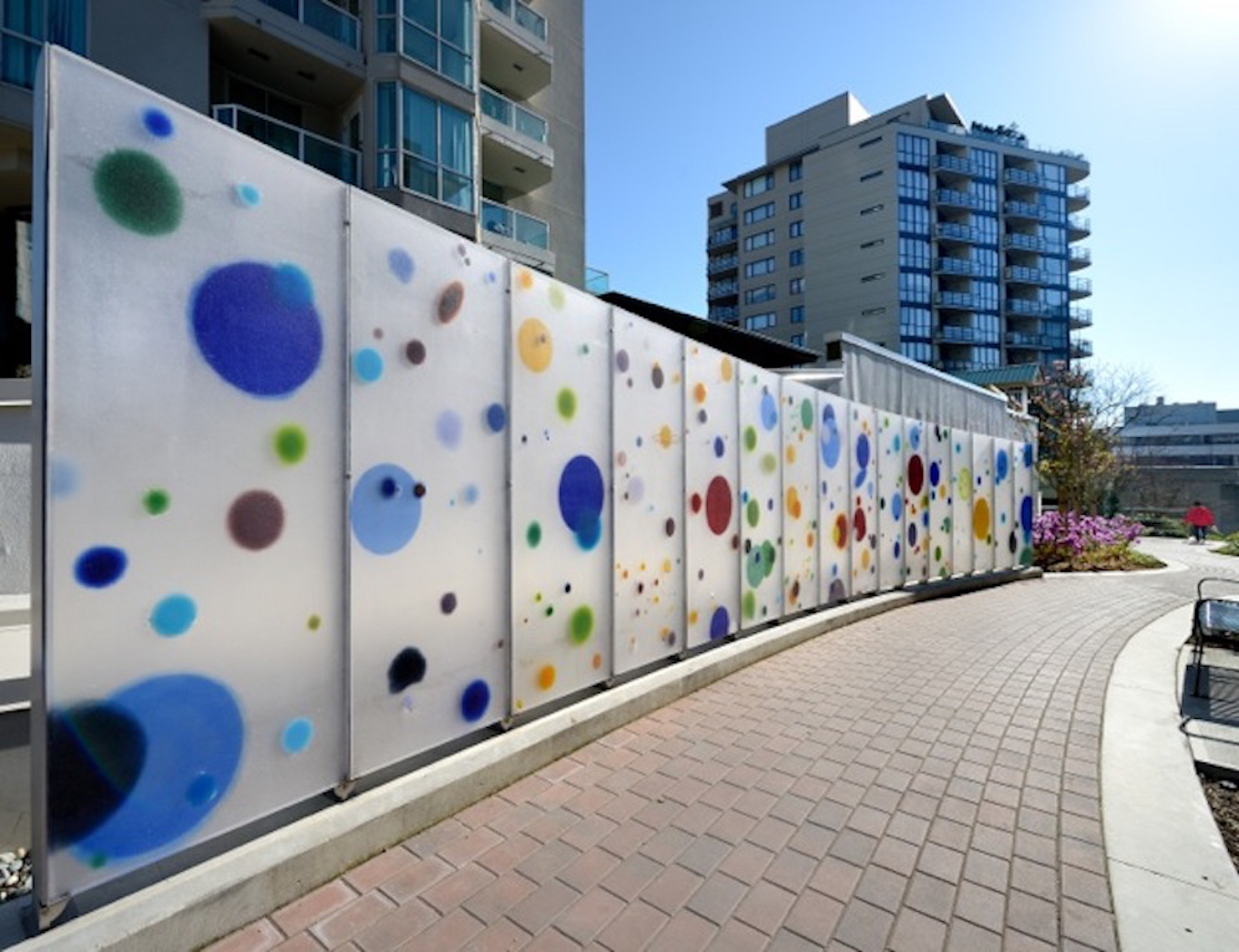 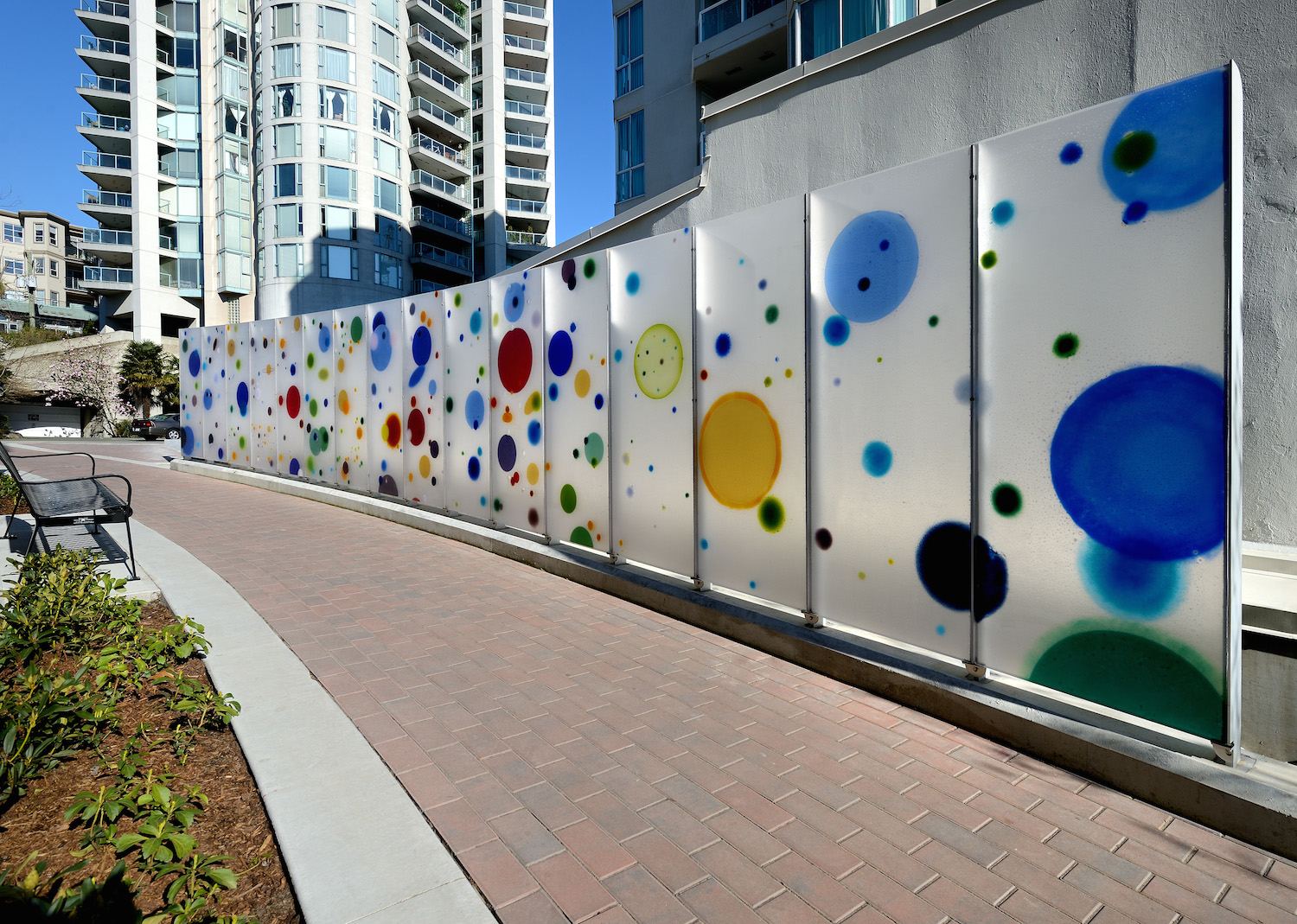 Client: Fairtborn Homes and City of North Vancouver BC Canada

A Metaphor for fluidity of life. It defines the entrance of the pathway running from Second Avenue to the Sea bus in North Vancouver, BC Canada creating a contrast to the hard edge urban city scape.

The goal was to define the entrance to a public neighbourhood walkway, while creating a memory for the electric historic building that was demollished for gentrification of the area. We abstracted the concept of electricity as energy and transformed it into a 50 foot long painting that equal the length of the demolished building.

We established a collaboration dialogue to integrate the artwork with
the architecture, street scape, and city's vision.
1)With the developer and architect to integrate artwork so that residents could appreciate and enjoy the art work from multiple locations.
2)With the City of North Vancouver to extend the pathway and narrative into the sea bus.
3) We worked with Landscape architect DKL to design a curved pathway so that it could accommodate the curve of art work.

It defines the entrance of the pathway running from Second Avenue to the Sea bus in North Vancouver. We set ourselves to enquire on the ephemeral state of being, where everything that is, ceases to be and becomes another. The artwork is a metaphor for passage and journey into the unknown. It stimulates the senses as it captures light. The viewer is invited to a place of softness, permeability and reflection. Its’ location in the landscape creates a contrast to the hard edge urban cityscape.