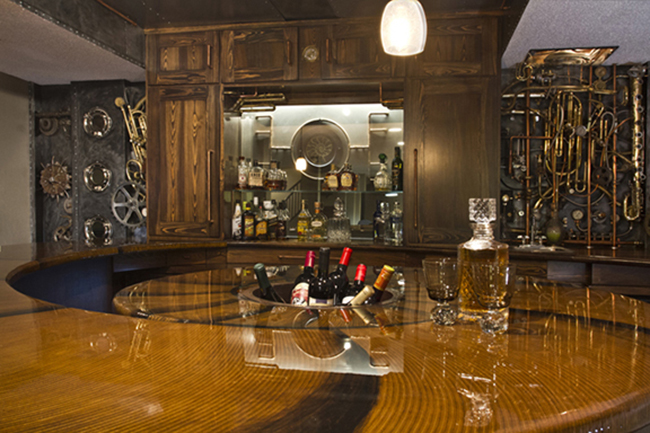 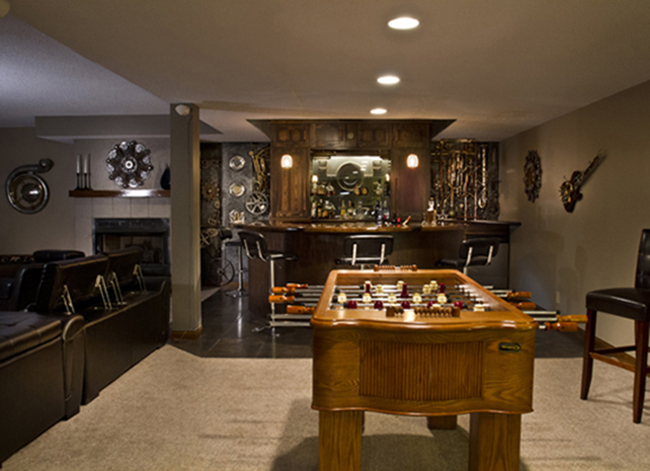 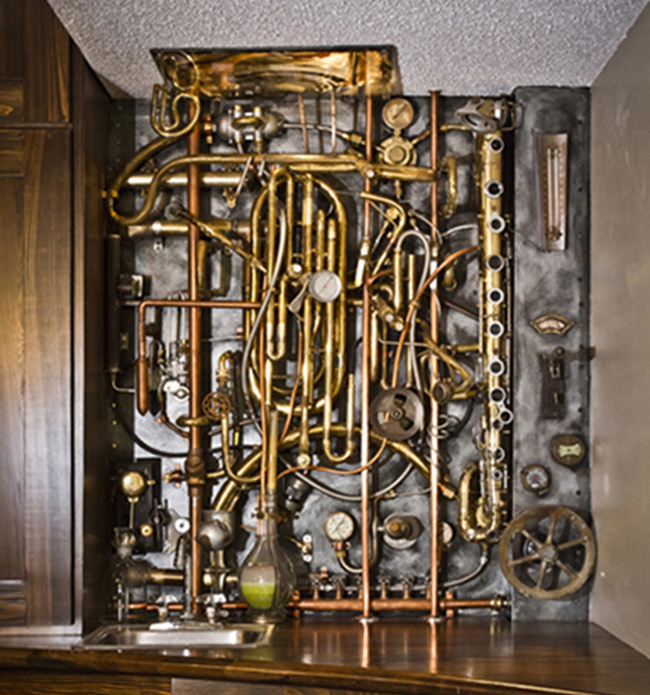 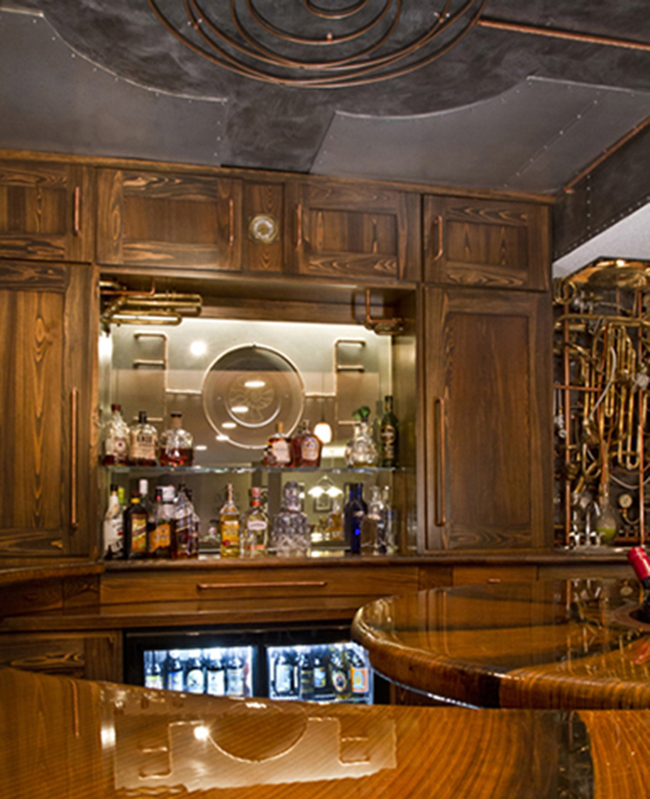 The Nautilus Bar It is intended to be Steampunk-styled, and the bar top modeled after a Nautilus shell. The water and electric lines were incorporated into the design by creating a dense industrial texture using many old musical instruments, copper pipes, gauges, valves, etc. The mirror is 2-way, with an etched metal nautilus and copper piping behind it, visible when back lighting is turned on.

The rear wall is one large artwork using all reclaimed materials, and integrates the utilities rather than hiding them. Other reclaimed art pieces such as the Nautilus Shell horn, Air Guitar, and Analog Clock tie into the theme.

After being told the design was impossible by a few carpenters, I found one who was up for the challenge. Doug Hoyng of Columbus, Oh. worked with me to find the right materials and building technique to get things right. There were a few glitches, and he had to bring in help when things got behind, but in the long run, the original design remained intact.

The Nautilus Bar was showcased in Stock and Barrel magazine fall 2014 issue.