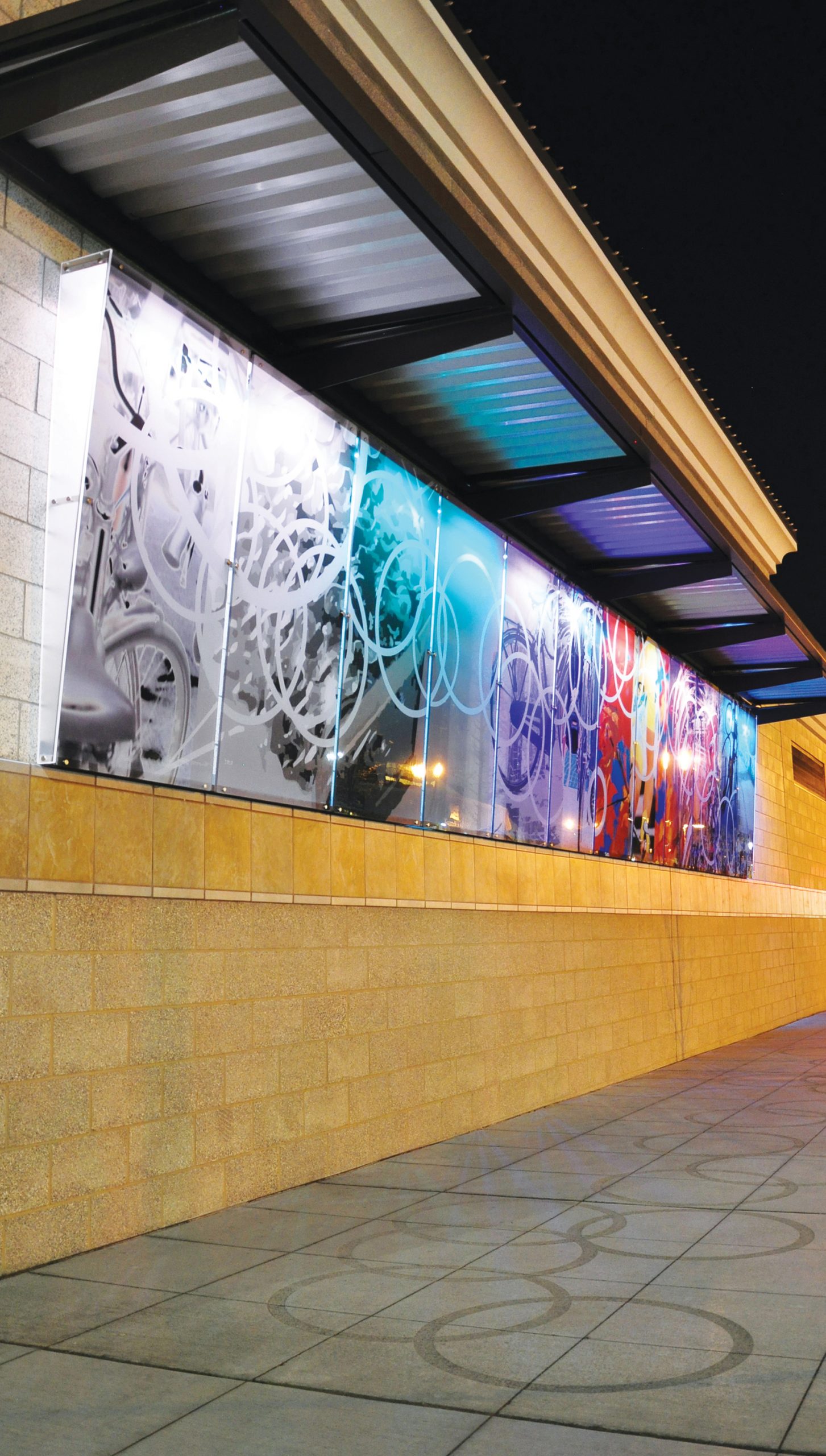 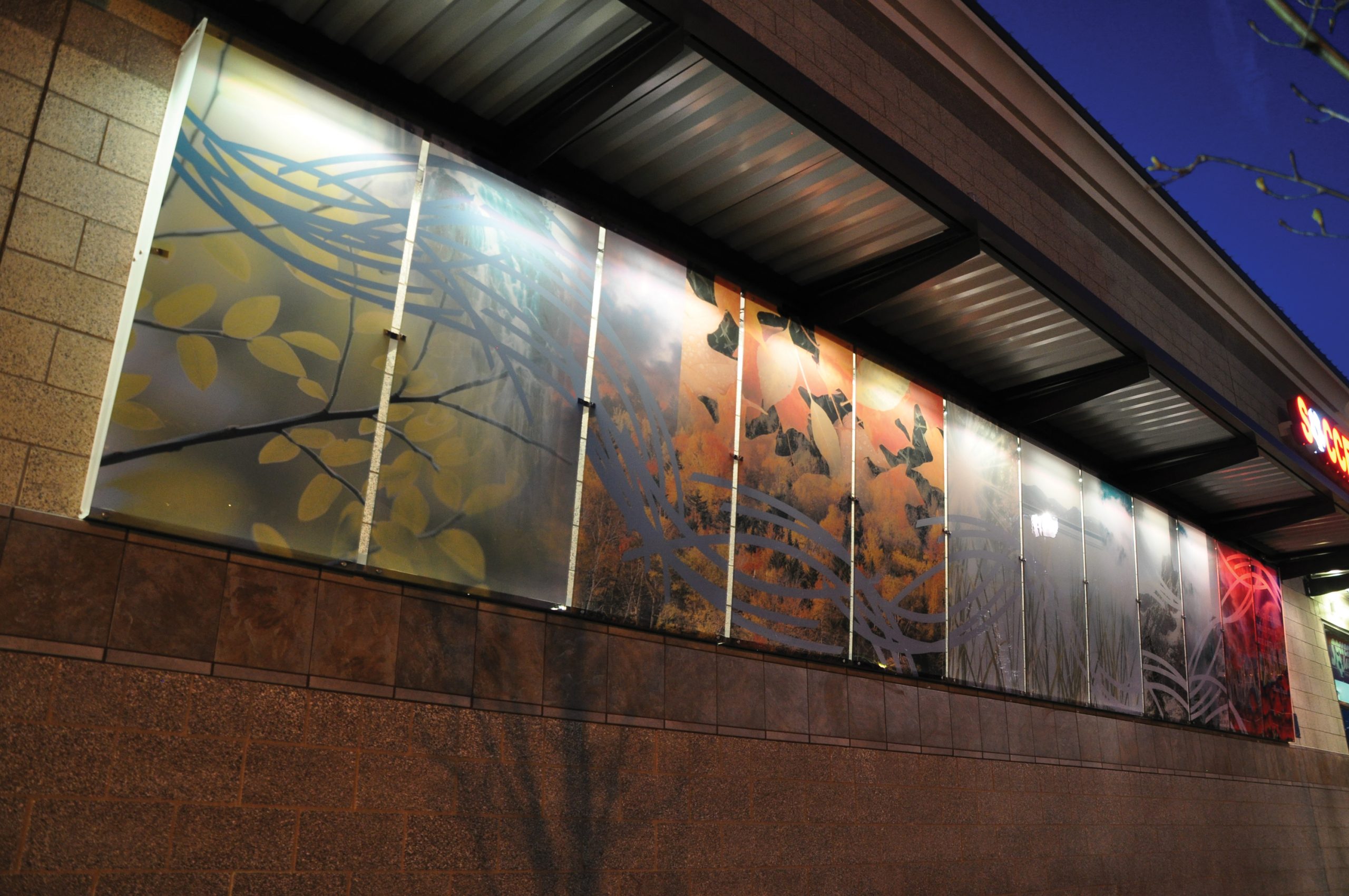 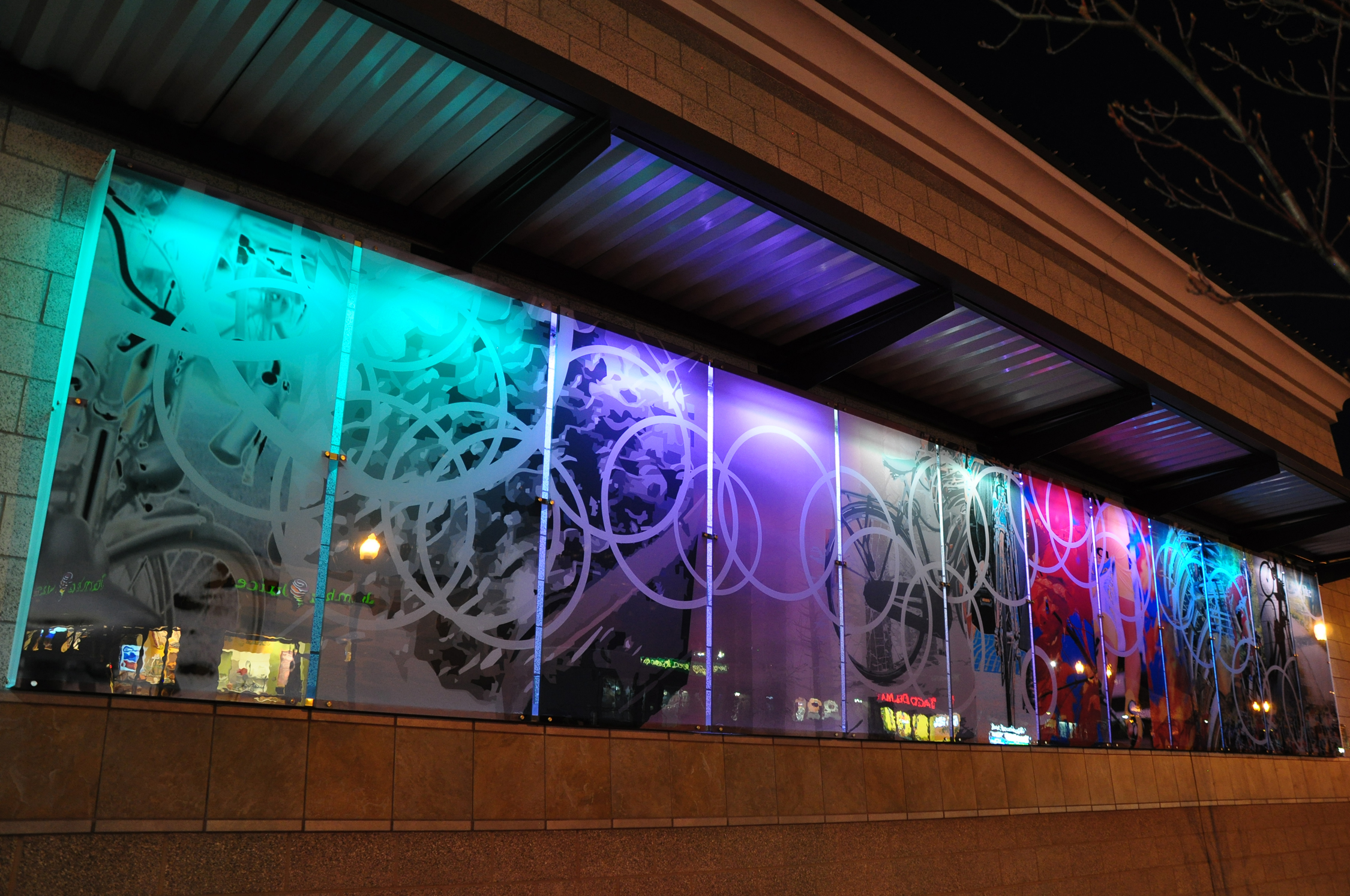 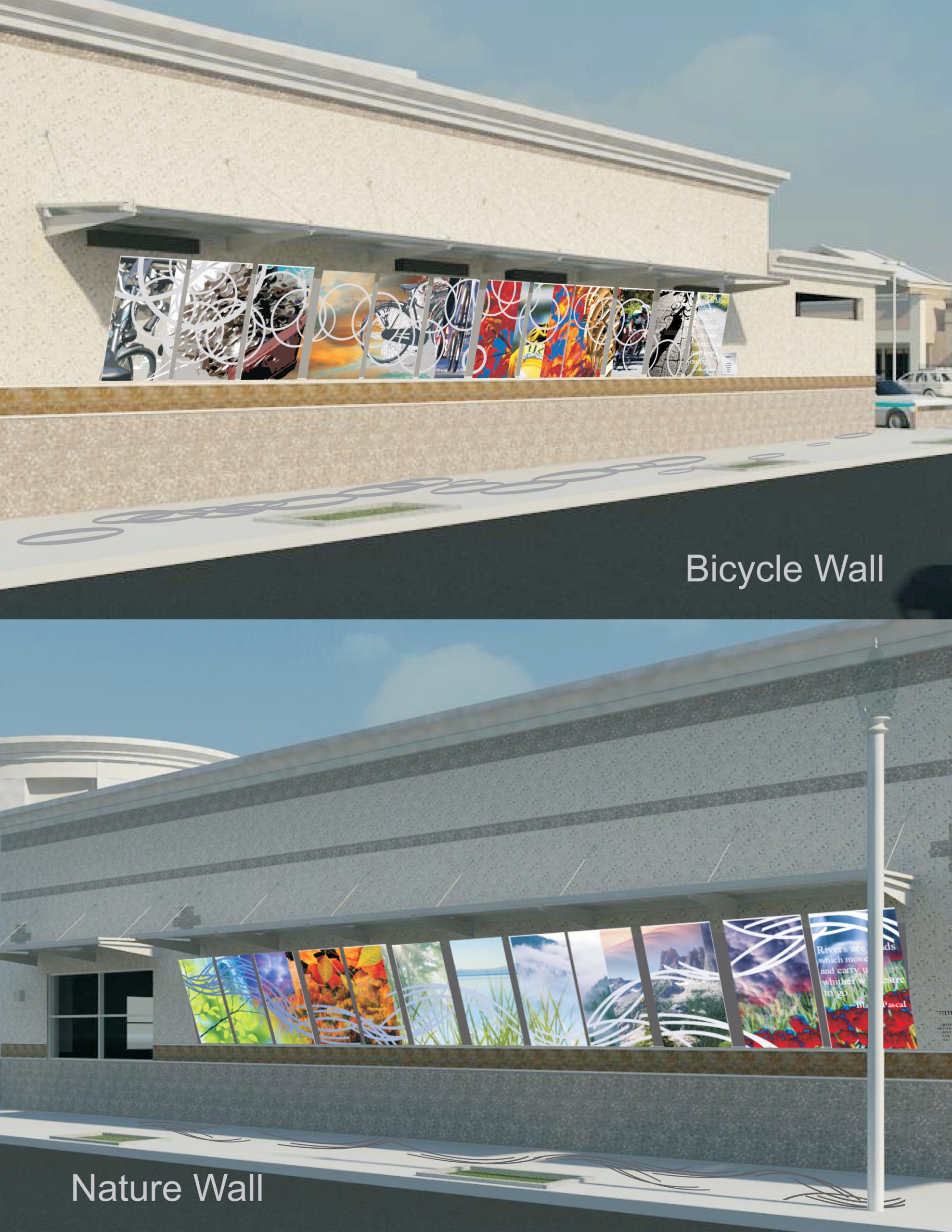 Two exterior street-scape wall murals installed along a busy pedestrian corridor set in a newly built urban housing environment with a new retail center. Each wall depicts an important aspect of the Redmond environment – Cycling and the nearby River Slough and abundant Nature. Composite digital images printed on film and adhered to Lexan panels – 12 each wall @ 3' x 4' each. Engineered to tilt toward the pedestrian with LED color changing and moving lighting system for night time illumination. Sandblasted sidewalk with cycle circle and wave elements.

For “The Nature of Community - Cycling and River Walls” in Redmond, WA, I created a set of digital image murals on the exterior walls of a high-density pedestrian walkway near the city core center. The Natural Environment and the US Center for Olympic Cycling are the two themes used to define this growing community just outside of Seattle. Using composite images printed on Lexan panels and attached to the existing stone surface, the project defines a visual language to engage the viewer from many vantage points. The designs, upon closer viewing, become more distinct and identifiable yet from farther away develop a colorful abstract language that emulates the surrounding area. During the evening, the project installation takes on a separate view with LED color changing back lighting to give each mural a visual sense of the movement, depicting the cycle wheels (South wall) or nearby river slough (North wall). By sandblasting the sidewalk surface with circles (Cycle wall) and waves (River wall), we were able to tie the pedestrian walkway to each of the mural installations to further engage the viewer as an environmental experience.

The city of Redmond requires, as do most communities in the NW, to incorporate art as a Public / Developer / Private partnership to the community urban environment. The Nelson Legacy Group is a philanthropic group that are also the main developers, who sent out a National RFQ for a project design concept, of which I was short listed and contracted - not knowing that I spent my adolescent years in Redmond and went to school with some of the younger members of the family!. I was happy to be able to develop a project visual identity that allows these iconic images of Cycling and Nature to be identifiable yet abstract and interesting, which is difficult when there is a large community identity to emulate. The project seems as if it is floating on the walls but is highly engineered to be weather and vandal proof. Learning and utilizing the LED lights as visual moving languages for both projects added a unique quality to a static mural installation giving both projects a quality that is entertaining for the community - whether driving, walking or from the housing projects across the street.

It was an unusual experience to work on a project where I grew up and went to school in the area. To see Redmond move from a small country village (we rode our horses to school) to the vital urban environment that has thrived and grown because of the technology industry, is an amazing experience.