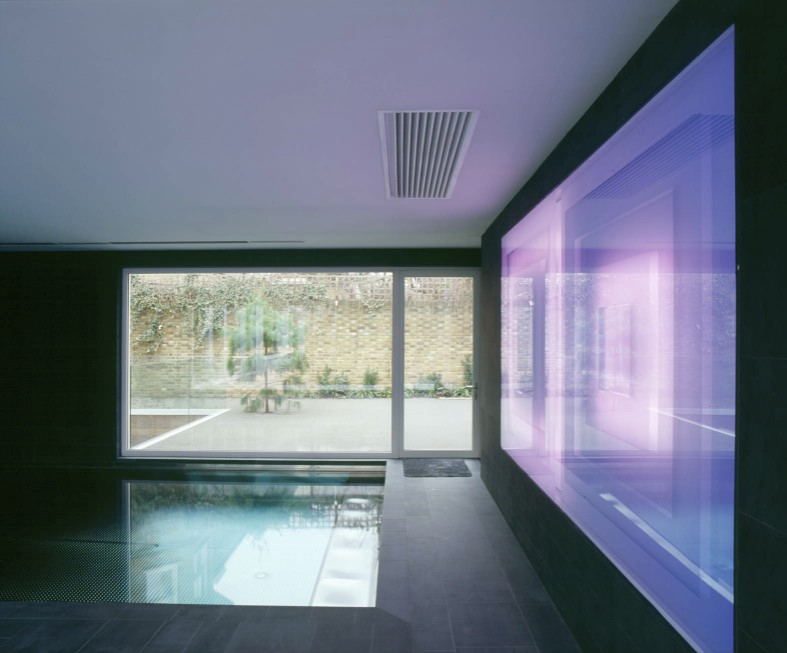 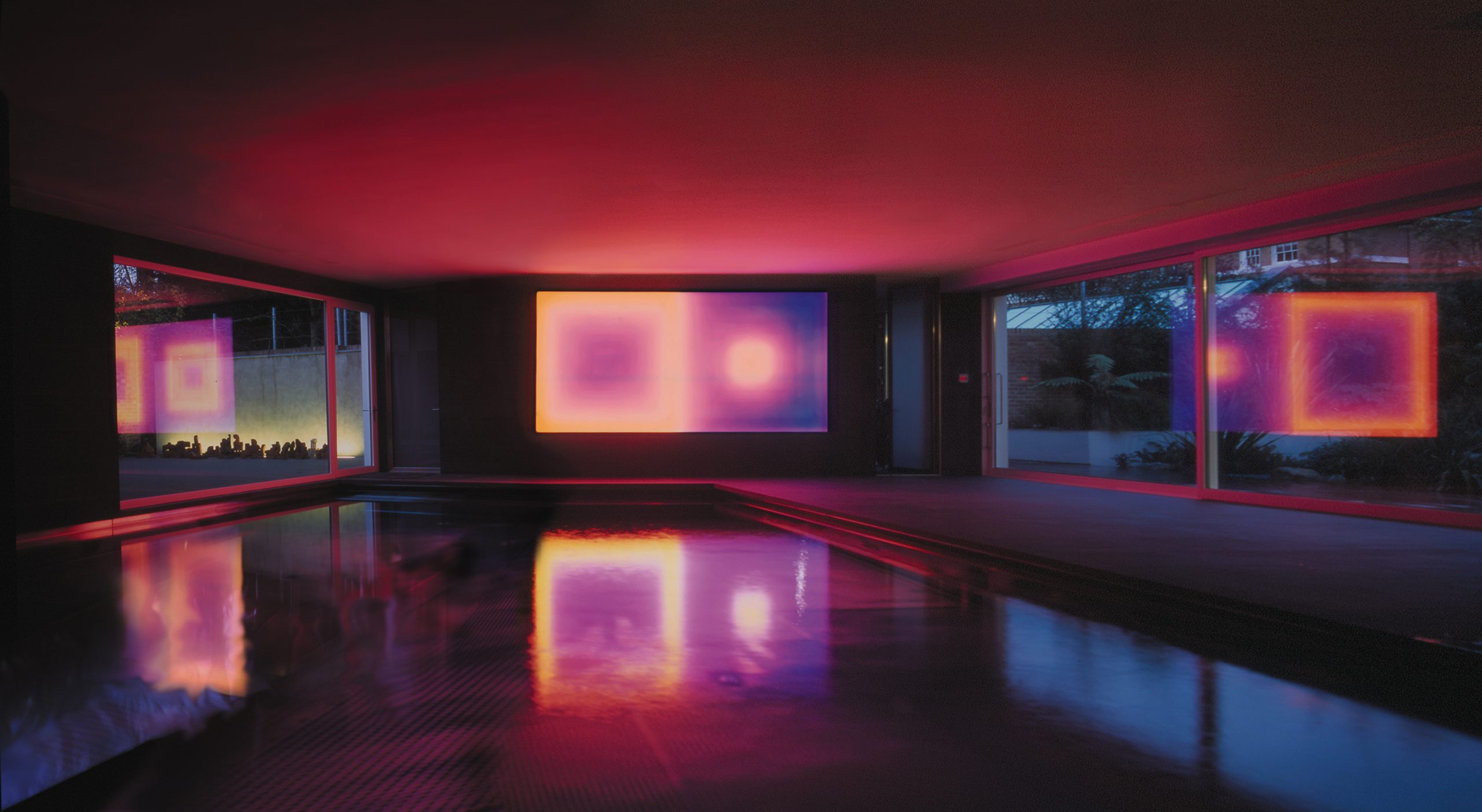 the piece was designed for a private house pool. it is reflected within itself and is reflected by both glass walls and the pool. it is made of two parallel sheets of glass with alternate concentric positive and negative squares etched onto their surface. behind them is a translucent screen and leds arrayed behind that. it is programmed so that the light travels towards and away from the two squares, so that while one square is filling the other is emptying.

it was designed for that space and the context of the pool and glazed walls suggested its reflective forms. the space was intrinsic to the concept of the work and how it related to the space. its emanations also affect perception of much of the rest of the house, particularly at night as the one wall of the pool forms part of an inner courtyard which then addresses most of the house.

there were architects [ahmm] an electronics engineer, [colour light] , the client and myself involved. essentially i was asked to generate ideas for the future space, made a working maquette for the client, generally discussed and developed it with those involved. with dominic berning [agent and project manger] we oversaw the installation and i programmed it, with clients blessing, with jeremy lord of colour light.