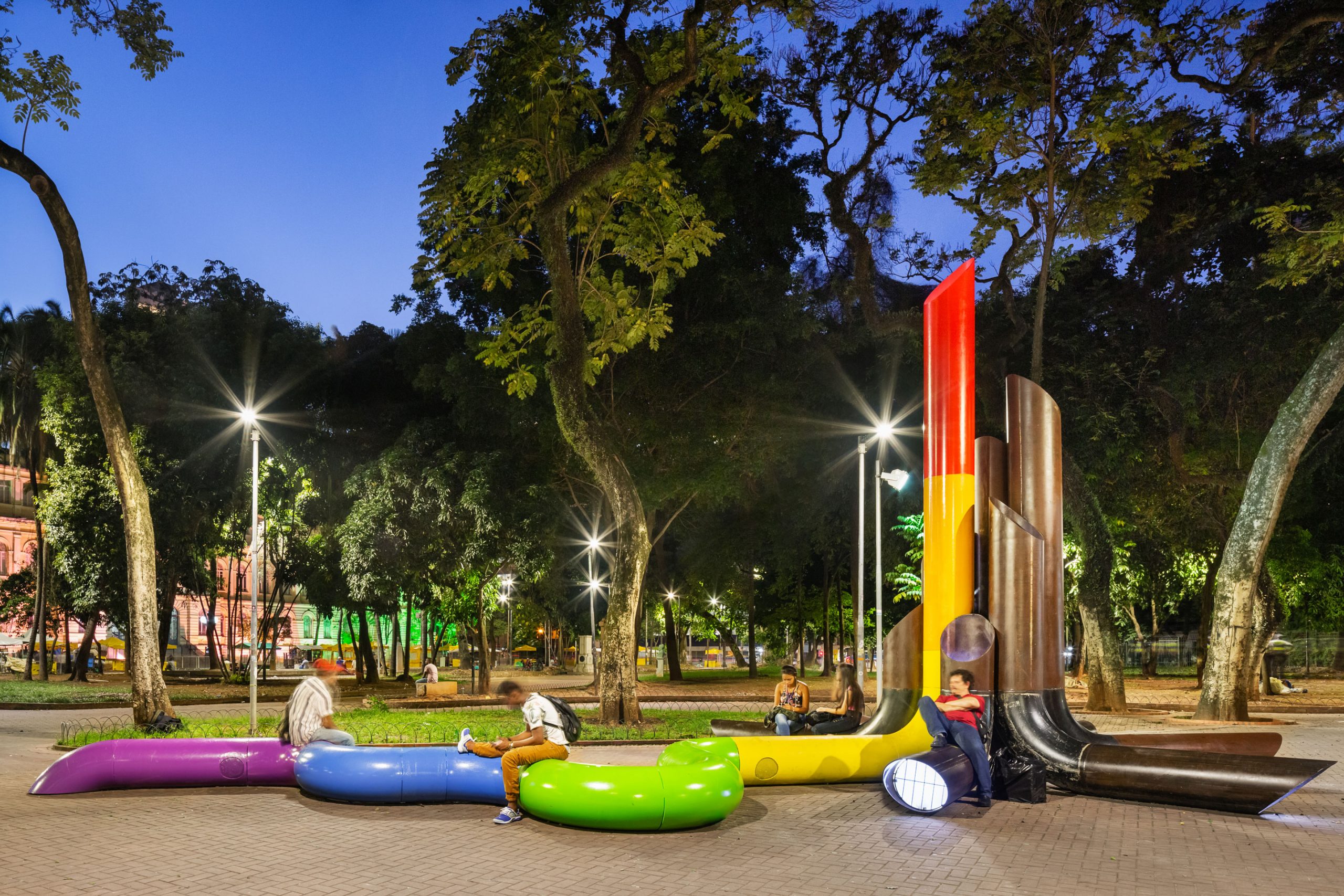 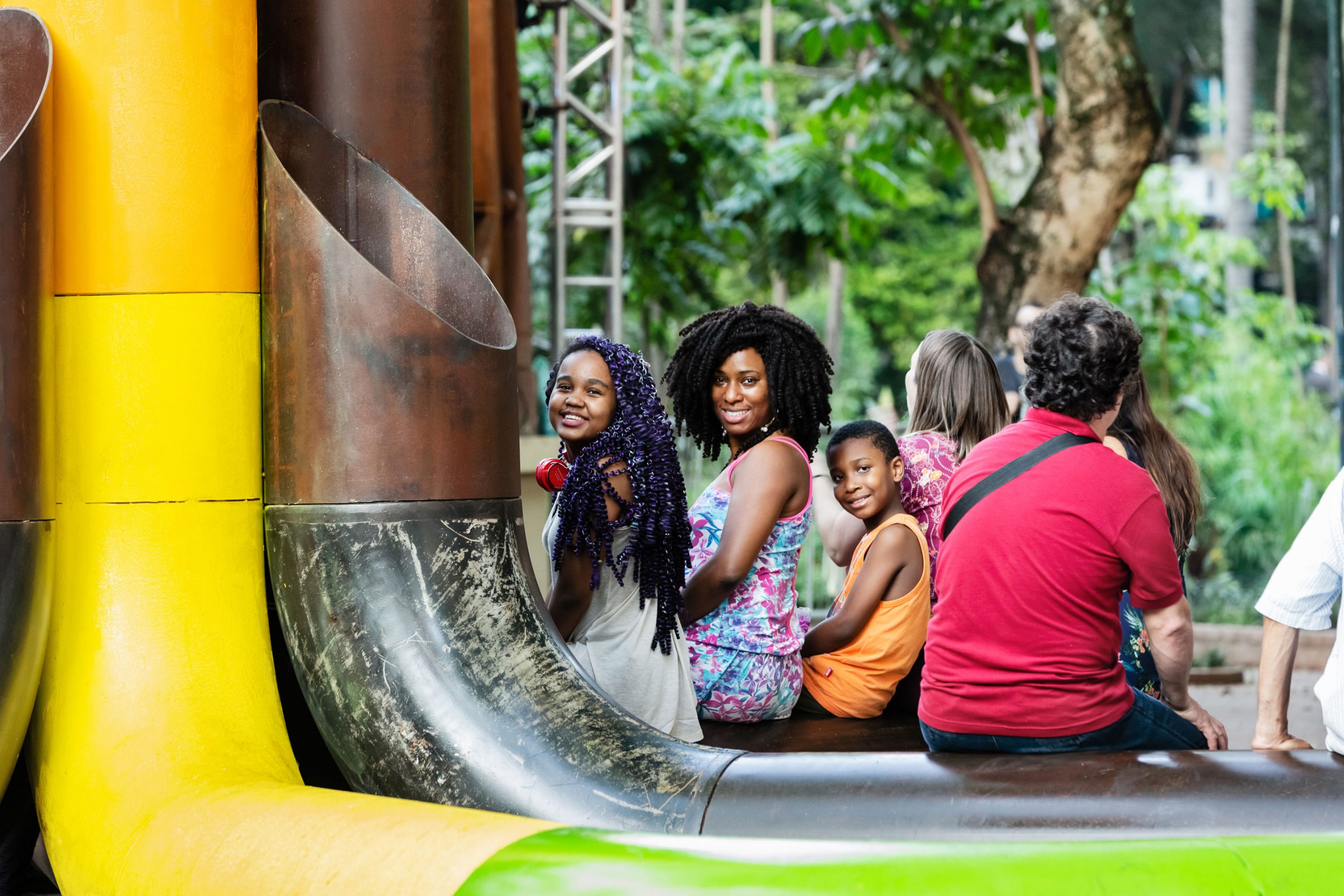 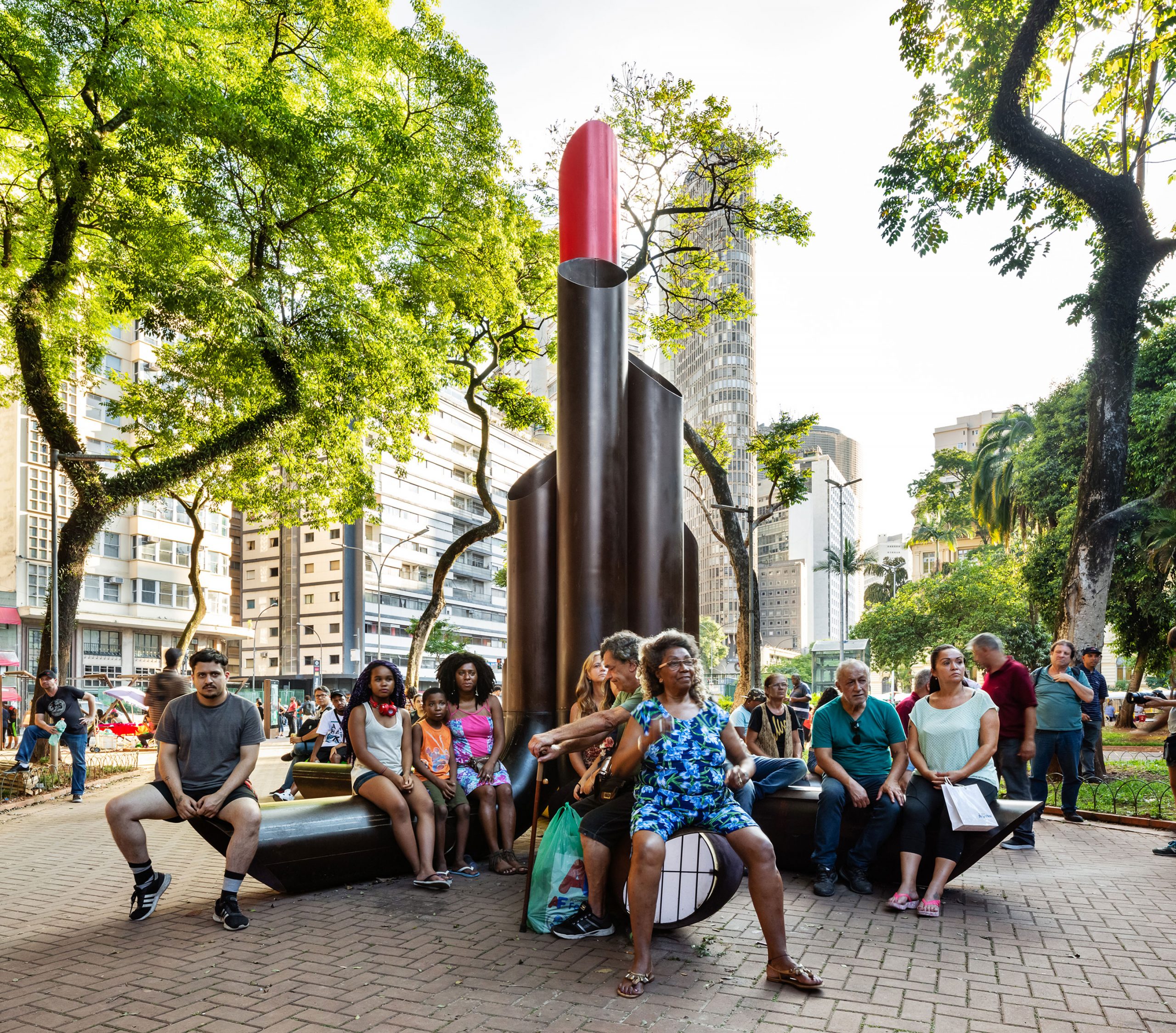 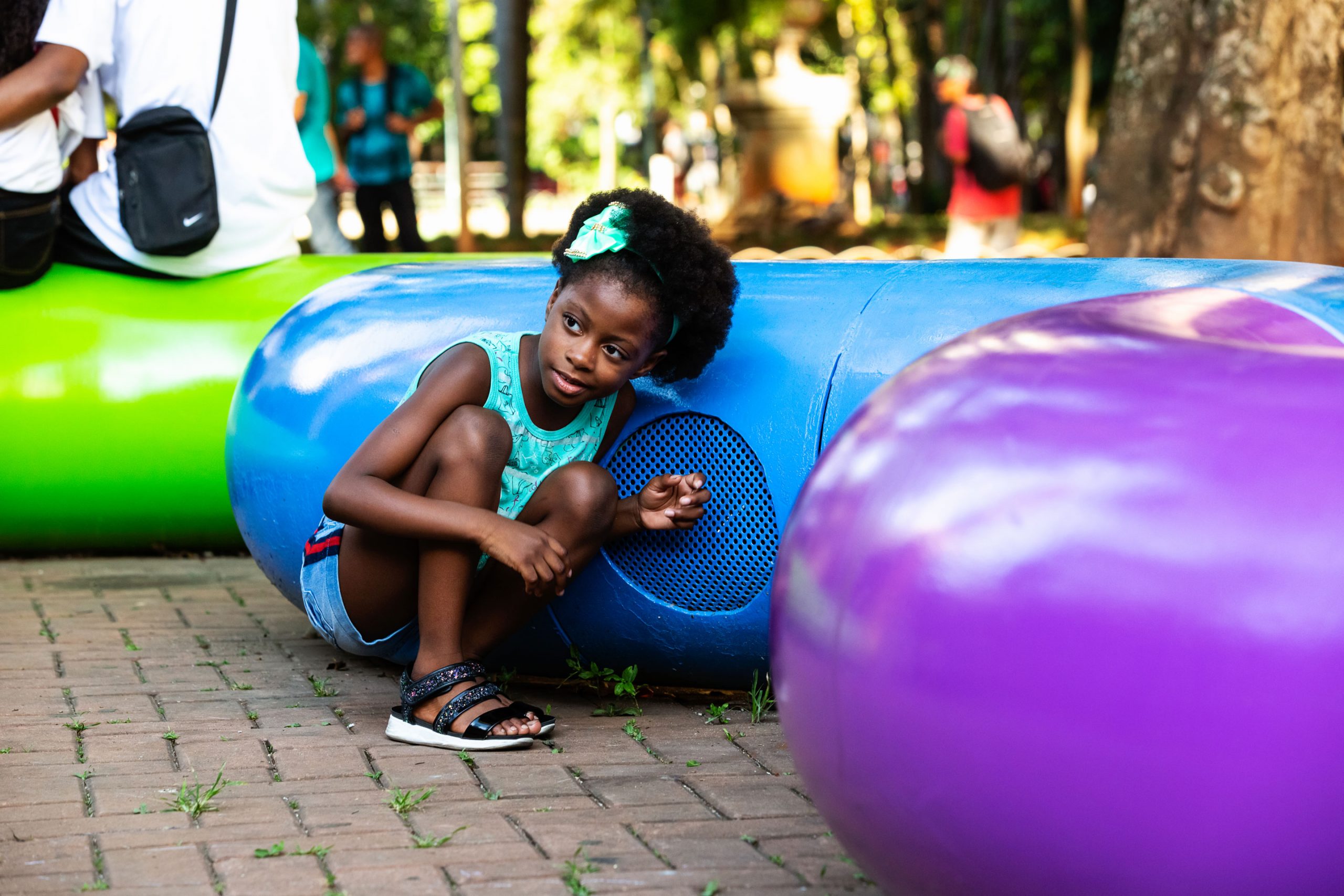 The large-scale interactive piece is a hybrid between public urban furniture and sculpture. The 16m tall structure is made from metal infrastructure cylinders, which have been articulated and assembled to create a shape that resembles a large arrow encrusted in the ground. Inside the cylinders, sound equipment transmits audio-testimonials from LGBT activists about their experiences and the sound of their heartbeats, collected as they tell their stories. These heart pulses inform the algorithm that serves as the parameter for the night illumination of the work.

São Paulo-based Estúdio Guto Requena’s most recent project, ‘My heart beats like yours’, taps into the power of empathy and design-as-activism to create a tribute to the LGBT community in Brazil. Set in São Paulo’s iconic Praça da República, where the first meeting of the LGBT activist community took place (1978) and where the diversity and inequalities of Brazilian society is visible every day, in the stream of passersby and the numerous homeless that gather in the area. Brazil is the country where the most people from the LGBT community were killed in 2017.

‘My heart beats like yours’ builds on some of the studio’s past work, which uses digital technologies to shape memories and promotes the role of public works as a means to inspire greater empathy and social awareness in urban settings. At the site there is a sign that identifies the project and invites passersby to send their stories via WhatsApp voice message. Some of these stories will be chosen to integrate into the work.