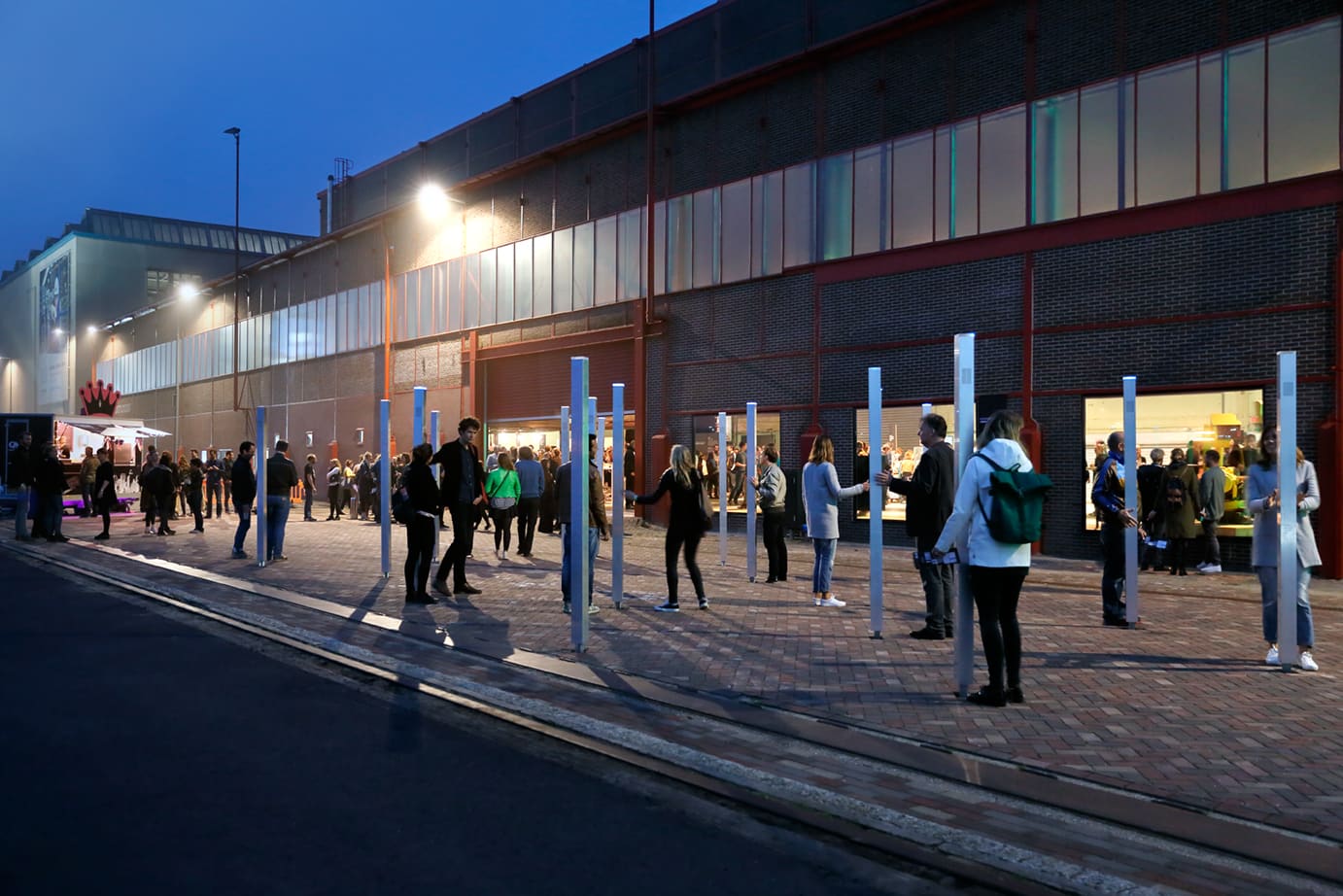 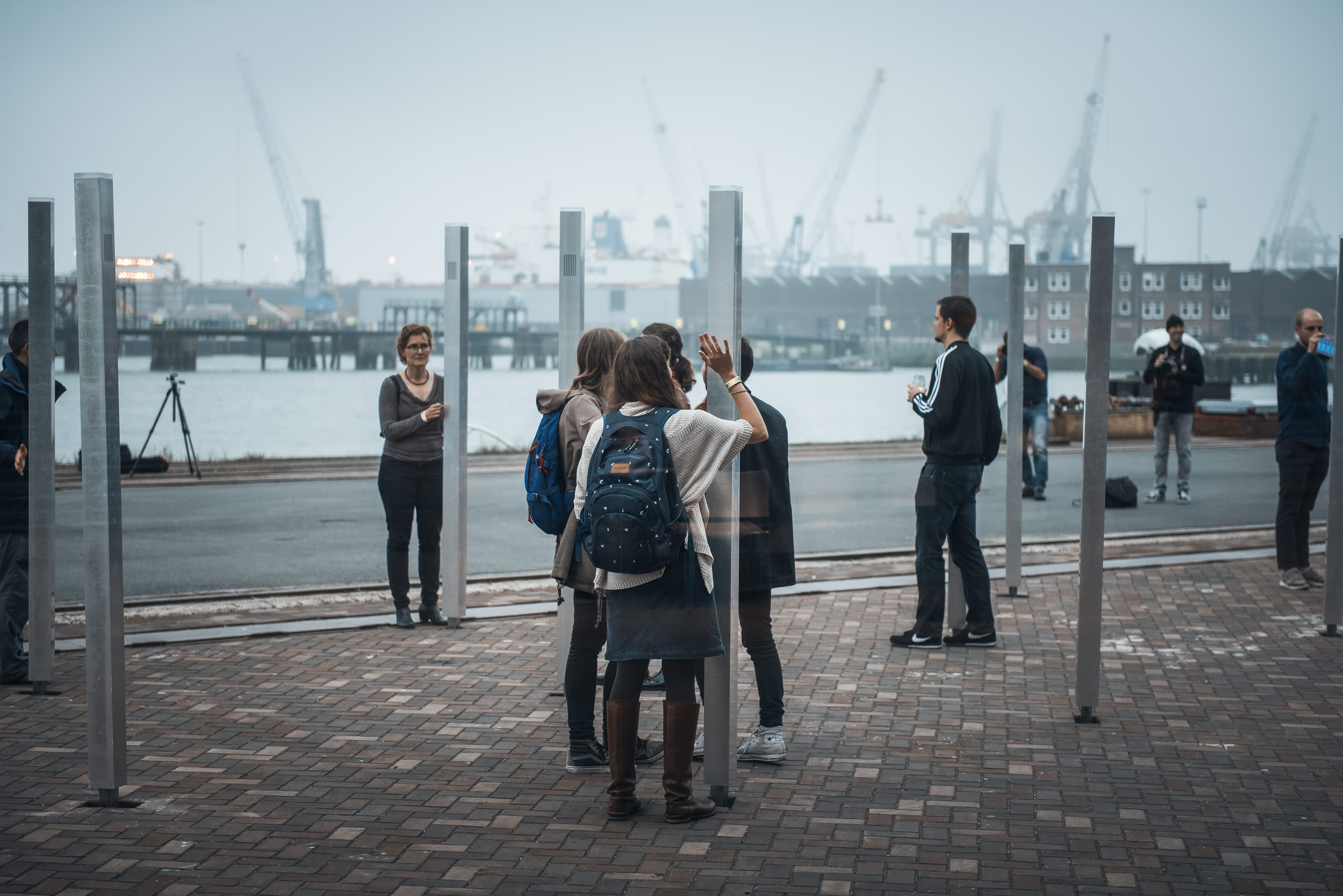 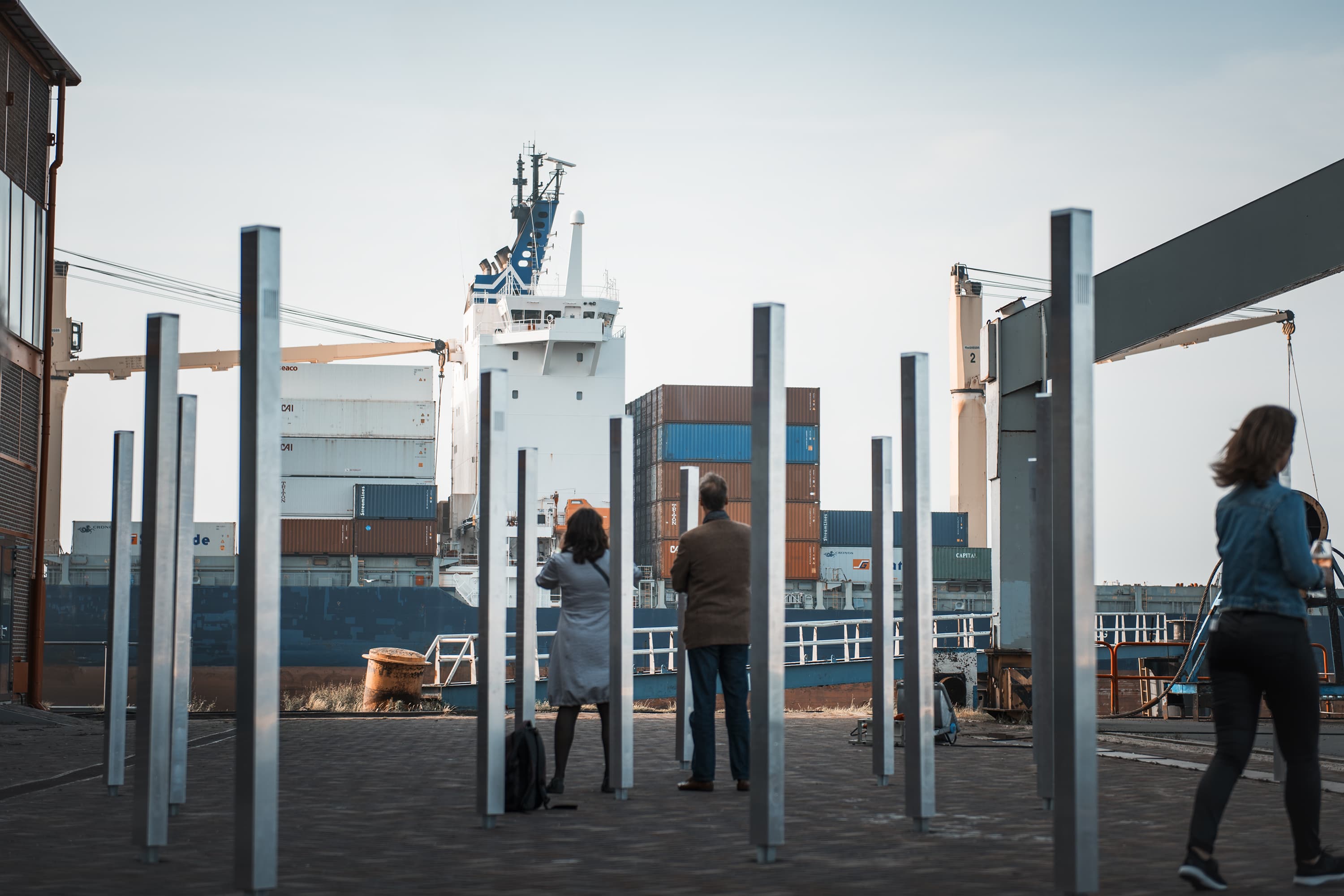 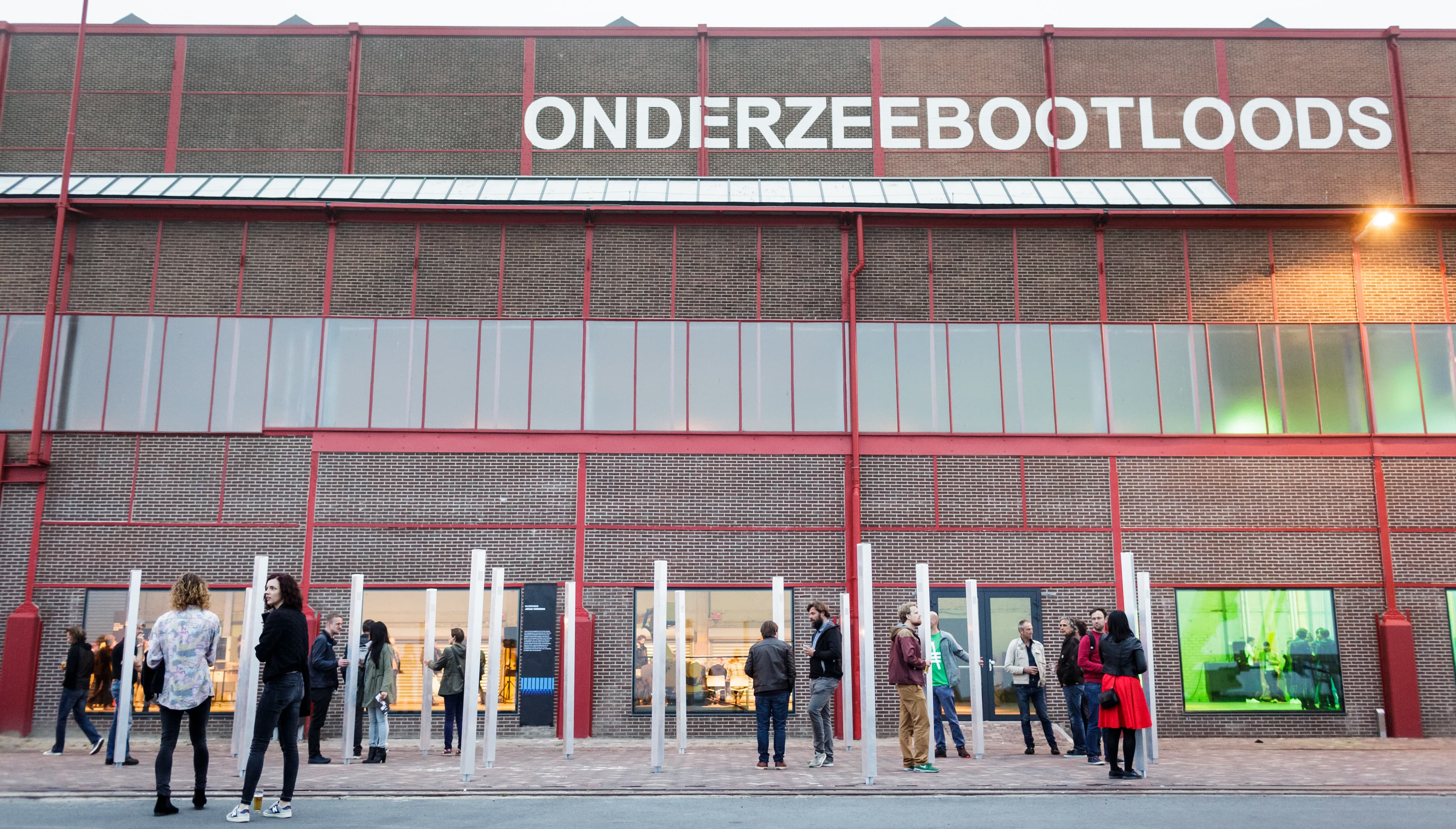 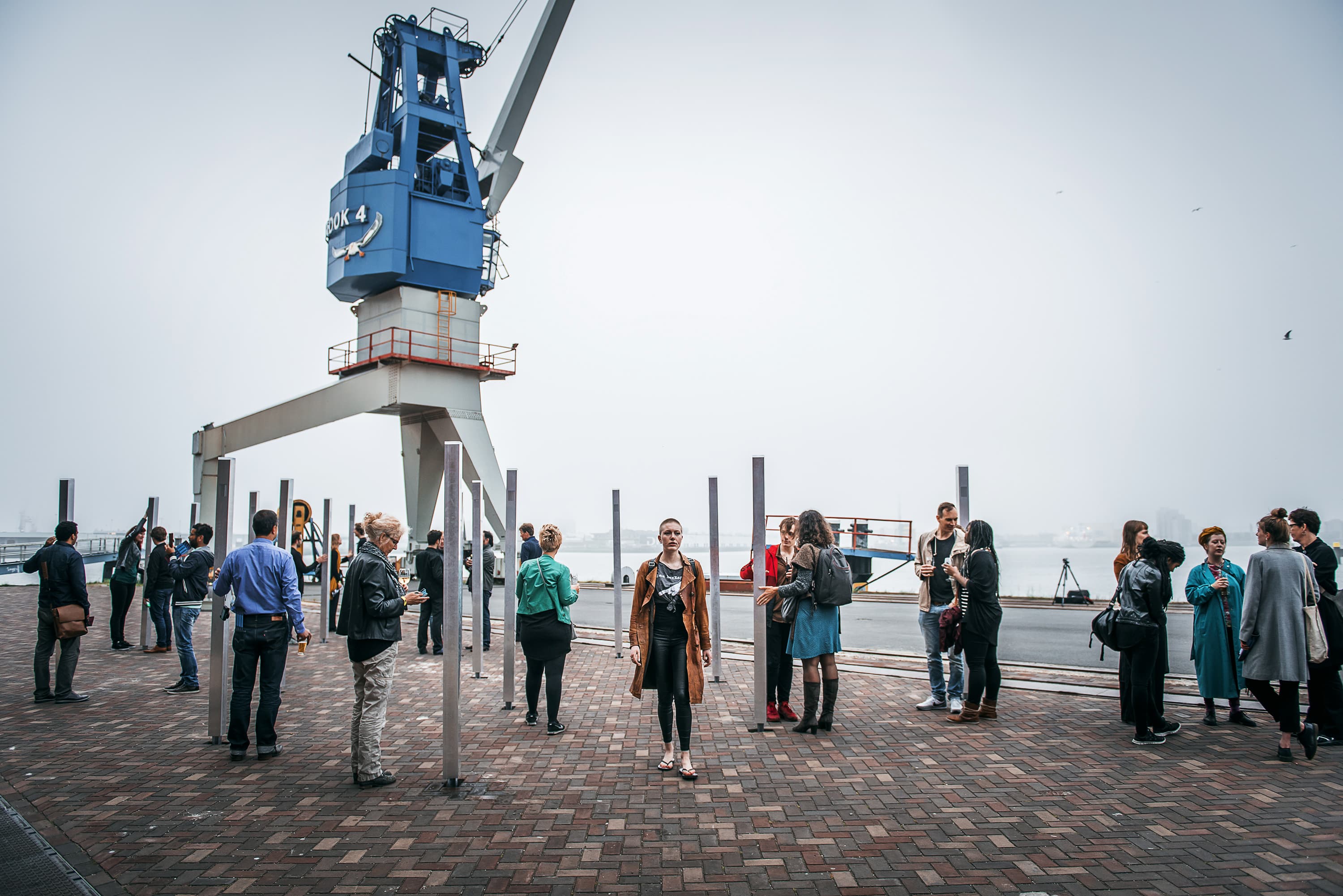 The works of Jonas Vorwerk often explore the capacity of music to bring people together. Muziek Bos (eng. Music Forest) is an installation that brings this search to a new, spatial dimension. The artwork takes a form of a collaborative instrument installed in public space that inspire people to create music with the intensity of movement and touch. Eighteen posts of different sounds are distributed in space to create an unusual soundscape and influence the context in which they are placed. The music and the artwork become an excuse for the artist to interrupt the usual rhythm and tempo of the city and invite the public to enter an imaginary world of their own. It encourages them to stop and act as an orchestra rather than a group of soloists. The forest in this case is both a reference to the spatial form of the work, but also to the idea of detaching from the urban monotony, routine and individualism. It is a forest in which every tree has its own sound, but only together they can make a concert.