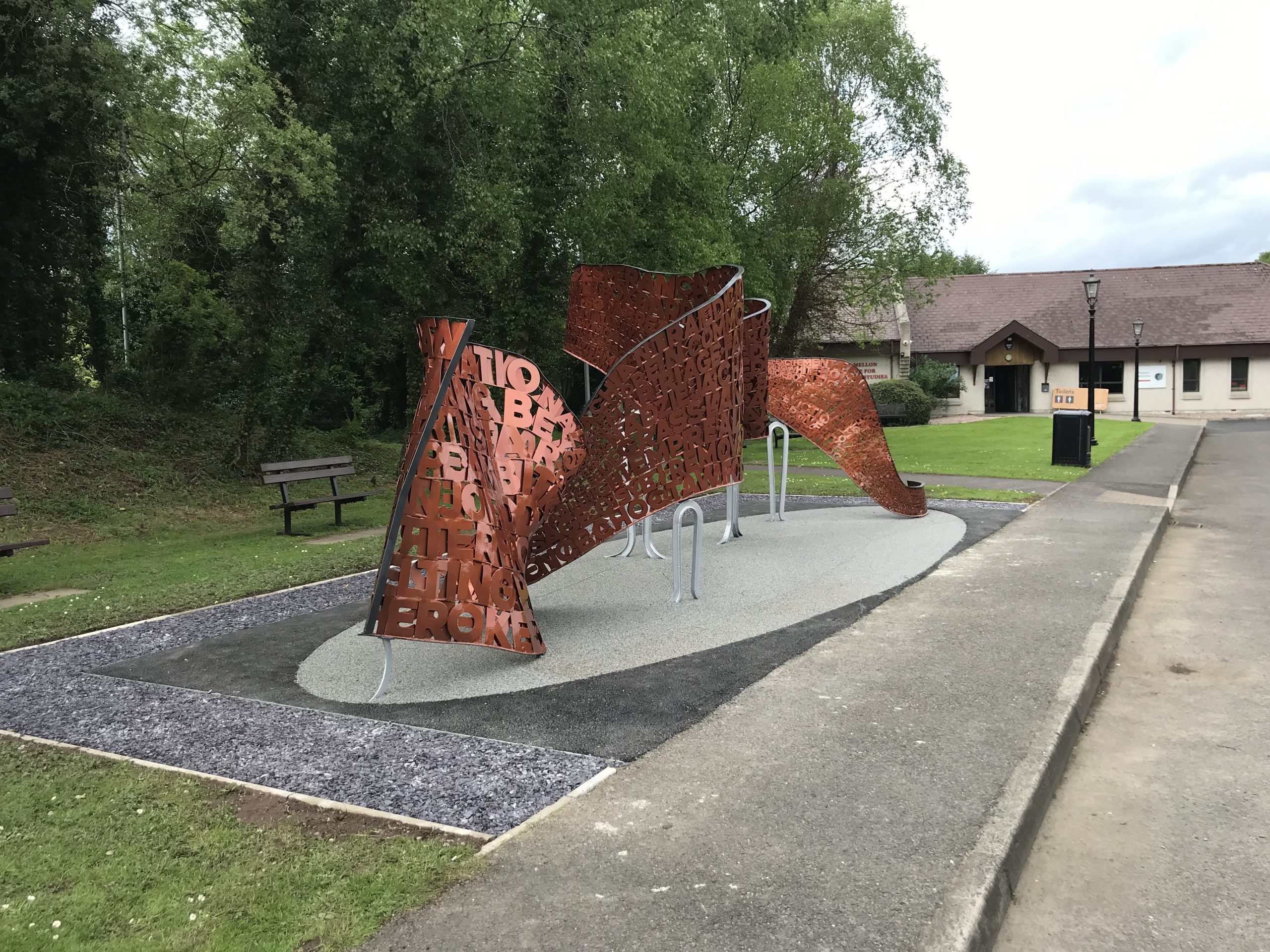 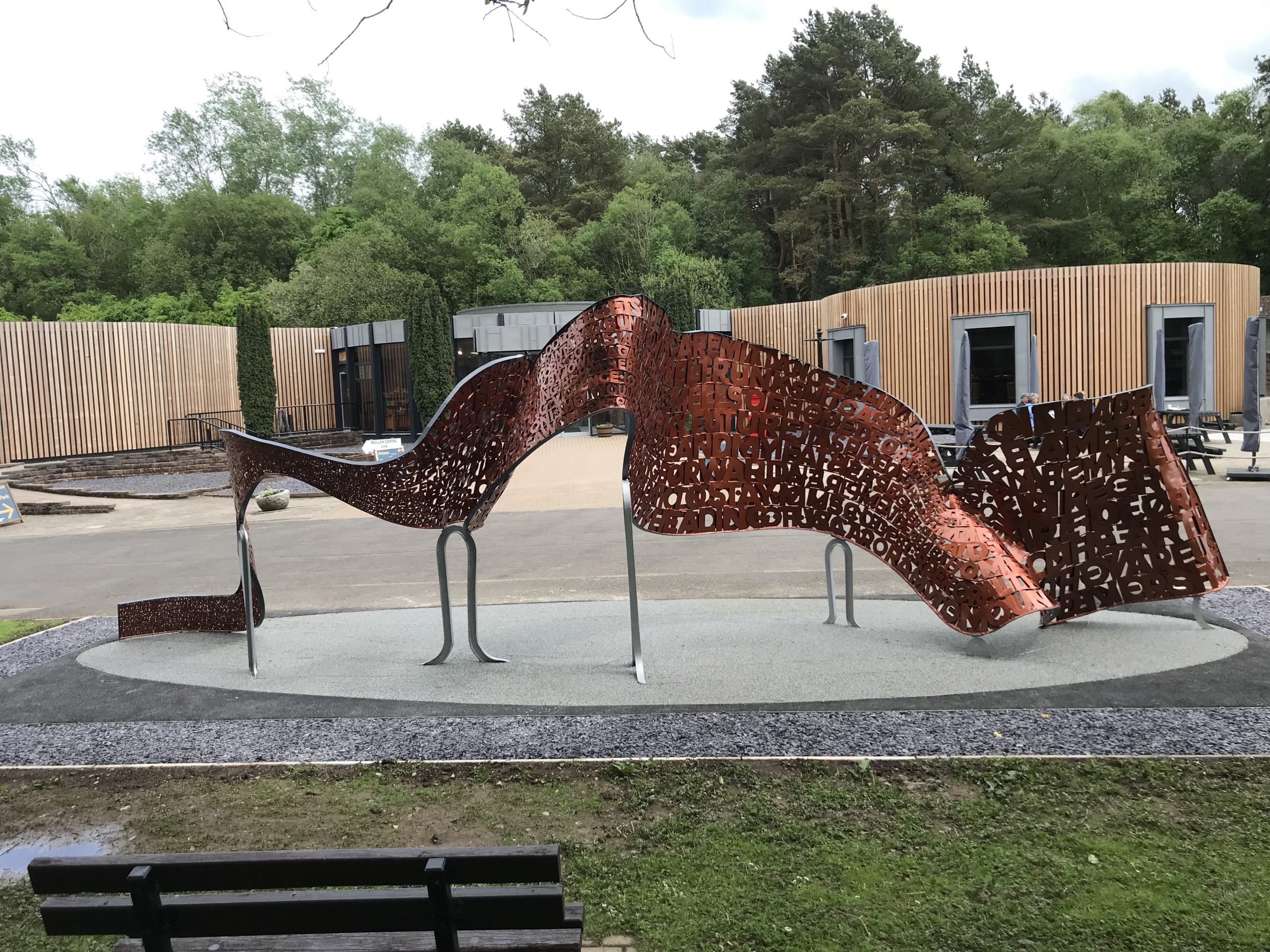 International Appalachian Trail (IAT) in the Fermanagh and Omagh District

Murmuration is a large-scale sculptural work commissioned by the Ulster American Folk Park, National Museums Northern Ireland and the Fermanagh and Omagh District Council. The project was part-funded under Priority 6 (LEADER) of the Northern Ireland Rural Development Programme 2014-2020 by the Department of Agriculture, Environment and Rural Affairs and the European Union. The commission was designed as part of the development of the International Appalachian Trail, an extension of the infamous Appalachian Trail in the United States. Since 2009 a series of international trails have been created, in places like Greenland, Denmark and Morocco, and in 2014 an Ulster-Ireland section was developed. The commission was to create a resonance with the connections between Tyrone, Northern Ireland and Appalachia, looking and both human and geological links.

My concept encompassed the actual physical journeys of Ireland to America, the journey along the Appalachian trail, the journey along the Ulster Appalachian trail from Donegal to Larne and the stories of those that made those expeditions. The actual work is a large-scale metal sculpture with an integrated lighting system. The overall shape represents the twisted and meandering lines of the trails. Having mapped both the Ulster trail, the original trail and the routes between Ireland and America the final shape is an amalgamation of all three. The curves and peaks of the sculptural form are shaped from words and phrases marking the stories of the travellers who have walked the trails, made the migration. The swoops, twists and turns of the words mirror the momentum of the people who have made these journeys and will encourage people to walk around the work, reading and connecting with it.

This project was partly funded under Priority 6 (LEADER) of the Northern Ireland Rural Development Programme 2014-2020 by the Department of Agriculture, Environment and Rural Affairs and the European Union. It is being developed by Fermanagh & Omagh Local Action Group in partnership with other LAG groups from other Council areas including Causeway Coast & Glens, Mid Ulster, Mid and East Antrim, Derry City and Strabane Rural Partnership, and Donegal Local Community Development Committee. The aim of the project collaboratively is to develop, enhance and promote the Ulster-Ireland chapter of the International Appalachian Trial.