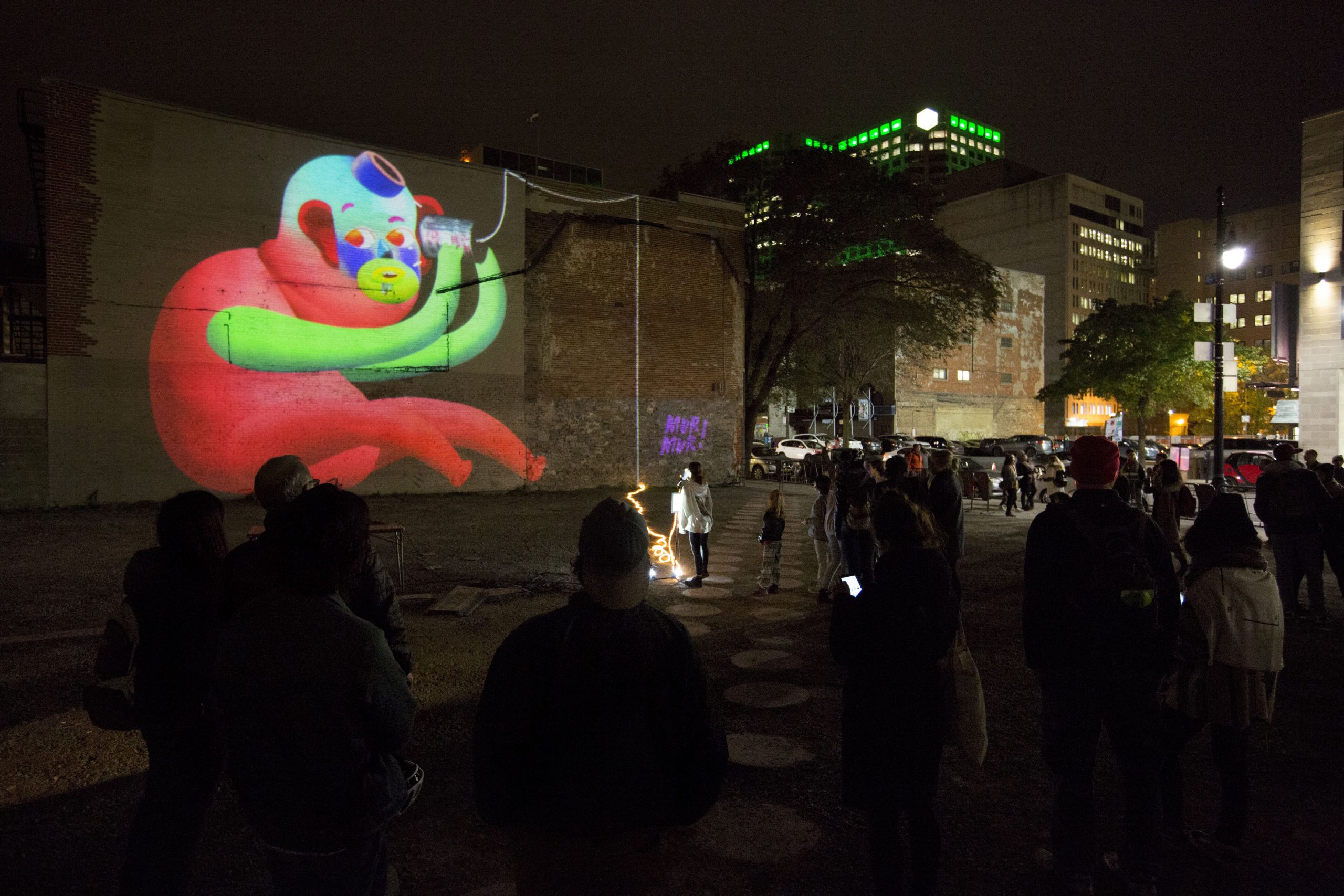 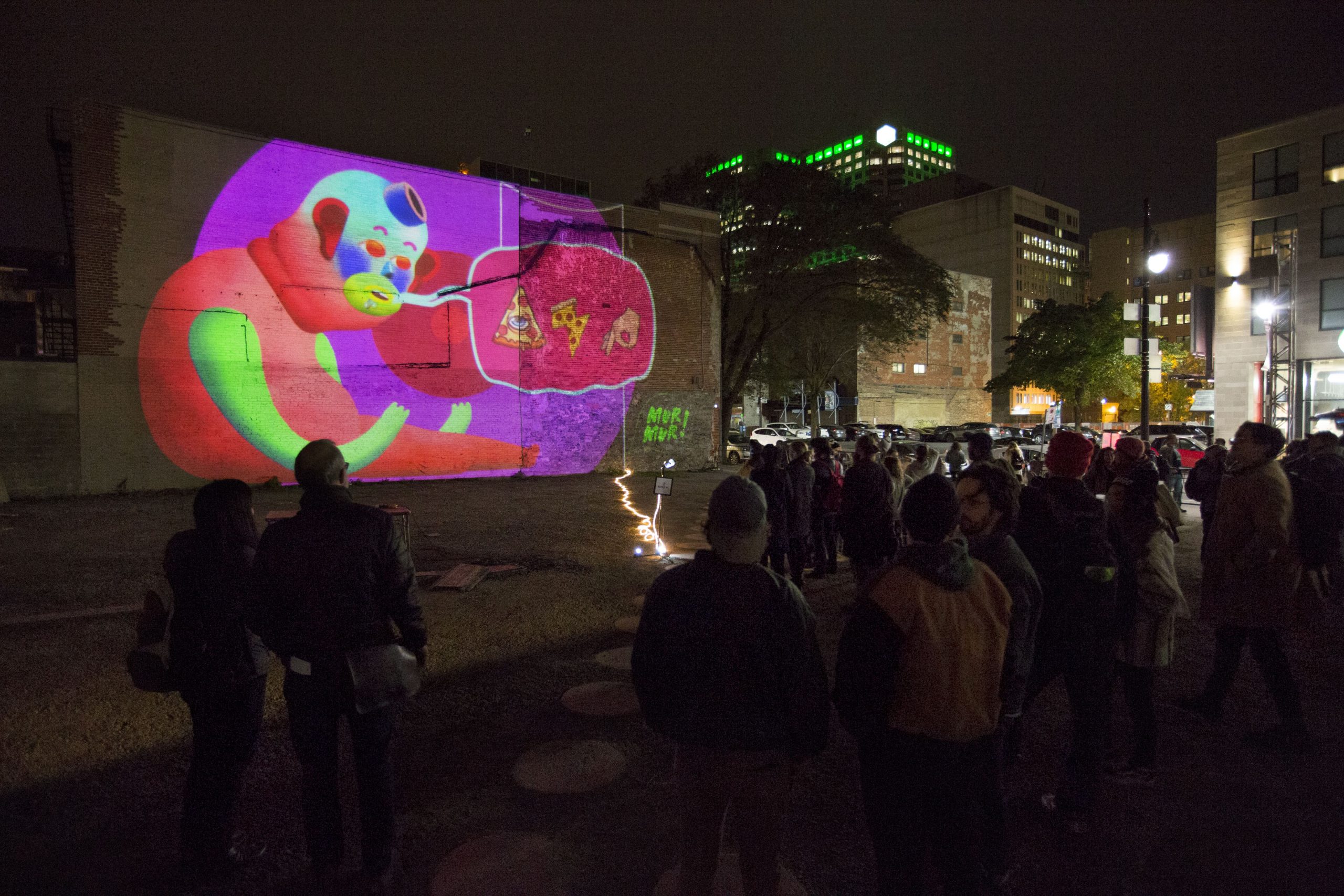 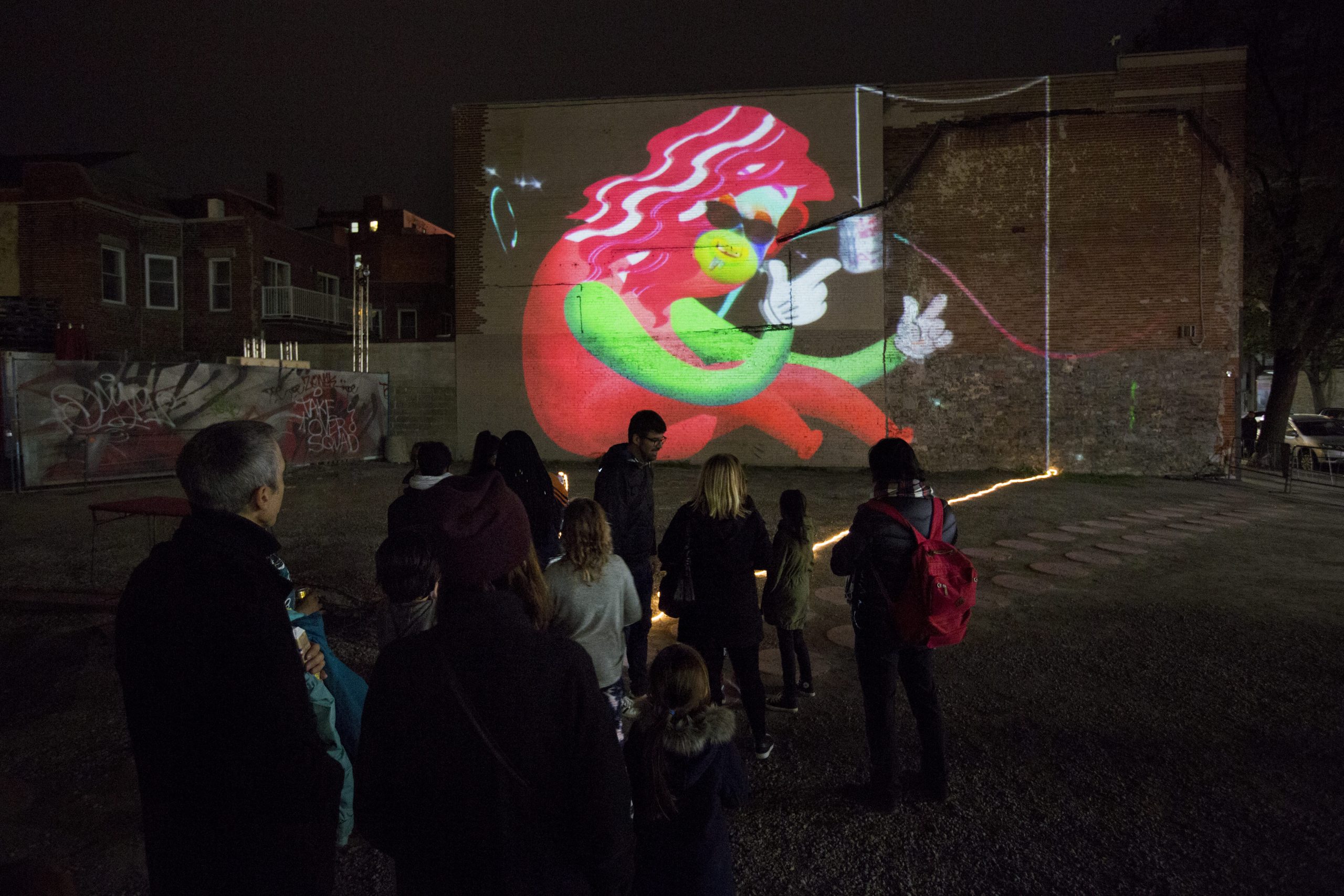 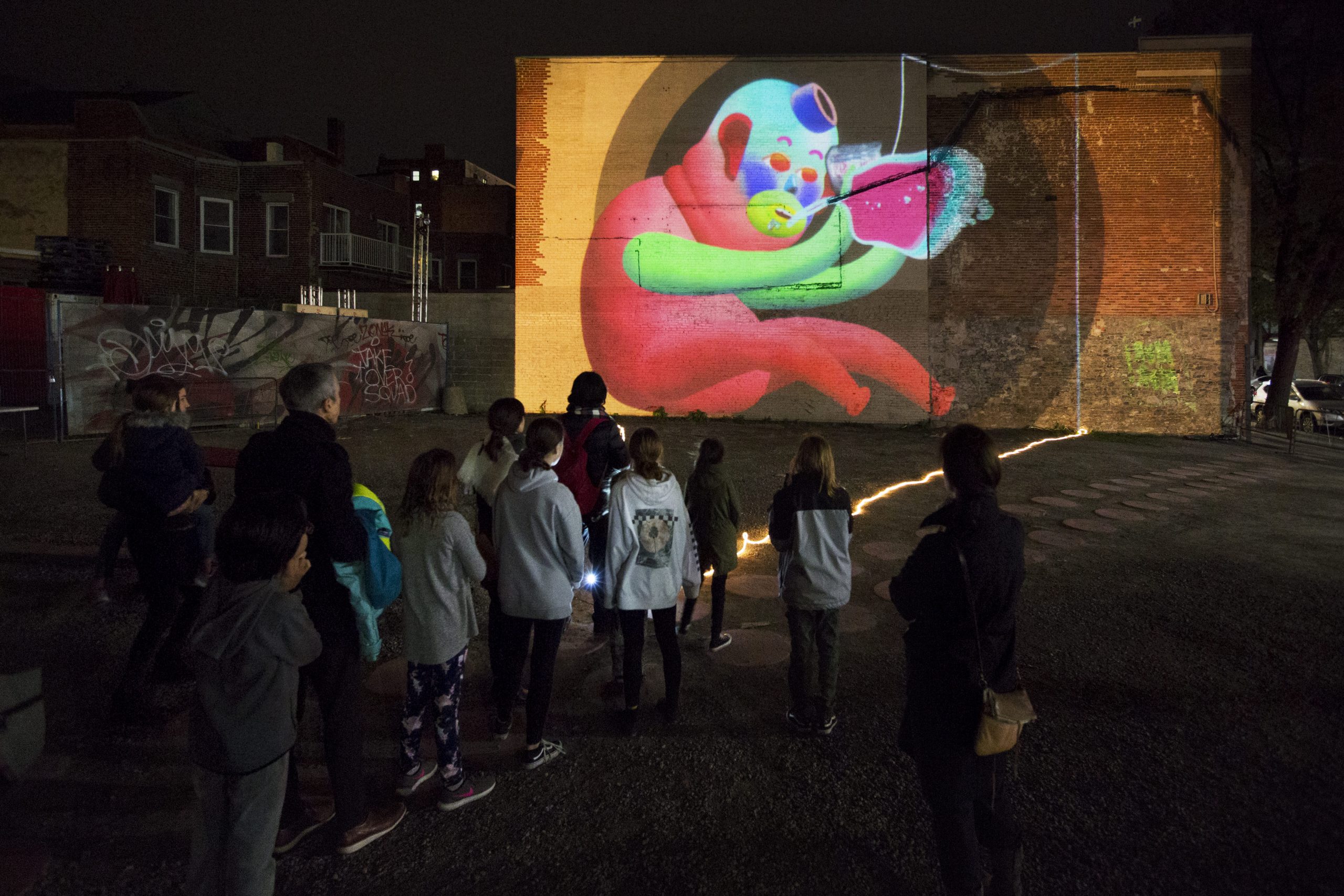 Who just landed on the wall beside the Saint-Laurent metro station? A giant? A monster? Or maybe something else…?
MurMur is an interactive installation that creates a relationship between passersby of all ages and an endearing cartoonish character. He travels from one city to the next, exploring the world.

Where did you find inspiration?
Near the metro stations, there is little interaction between people, and many different cultural communities. We wanted to create a cartoon character that interacts with them. He’s going to travel around the world and his first stop is Montreal!

How does the interaction with the audience come about?
It’s a mysterious and benevolent entity that speaks to everyone, tourists as well as locals, old and young. The goal is to bring people together. A tin of maple syrup is tied to a wire on the wall and you are invited to chat with the character. He has a real personality and reacts to what we say… but he doesn’t speak our language.

MurMur won the international competition of interactive architectural mapping by Le Quartier des Spectacles, MUTEK & MAPP_MTL. We created a character that would speak to everyone. Our system recognizes the viewer's voice in order to answer its dynamics. We decided that the giant spoke a symbols language. That way, he can interact with everybody.

Our work has a voice recognition system. When the public asks a question, it generates a distinct answer each time. Its content is adapted to the person who interacts with the creature. The interaction is very simple and intuitive: a microphone transforms the voice and allows a connection with the projected giant on the wall. The project exists outside its wall as it is shared on social media (fb, instagram…)