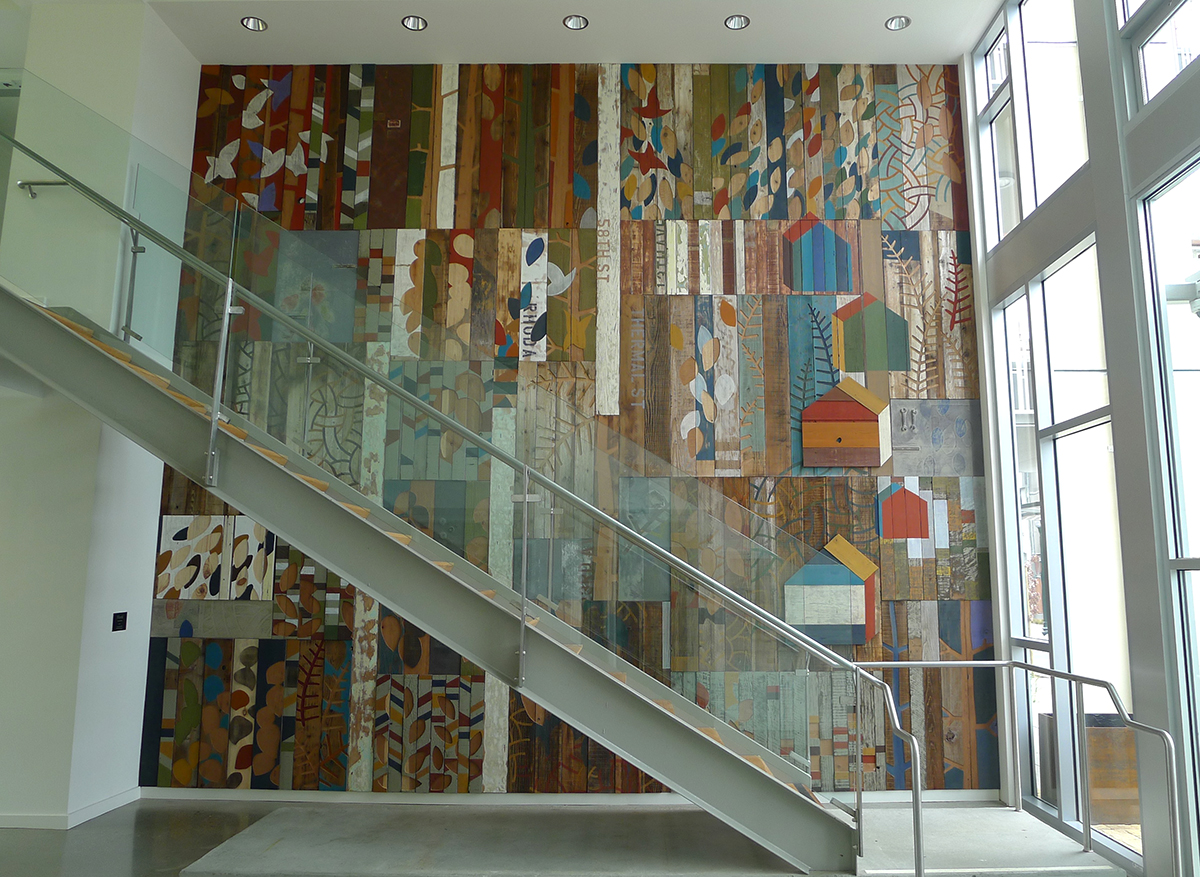 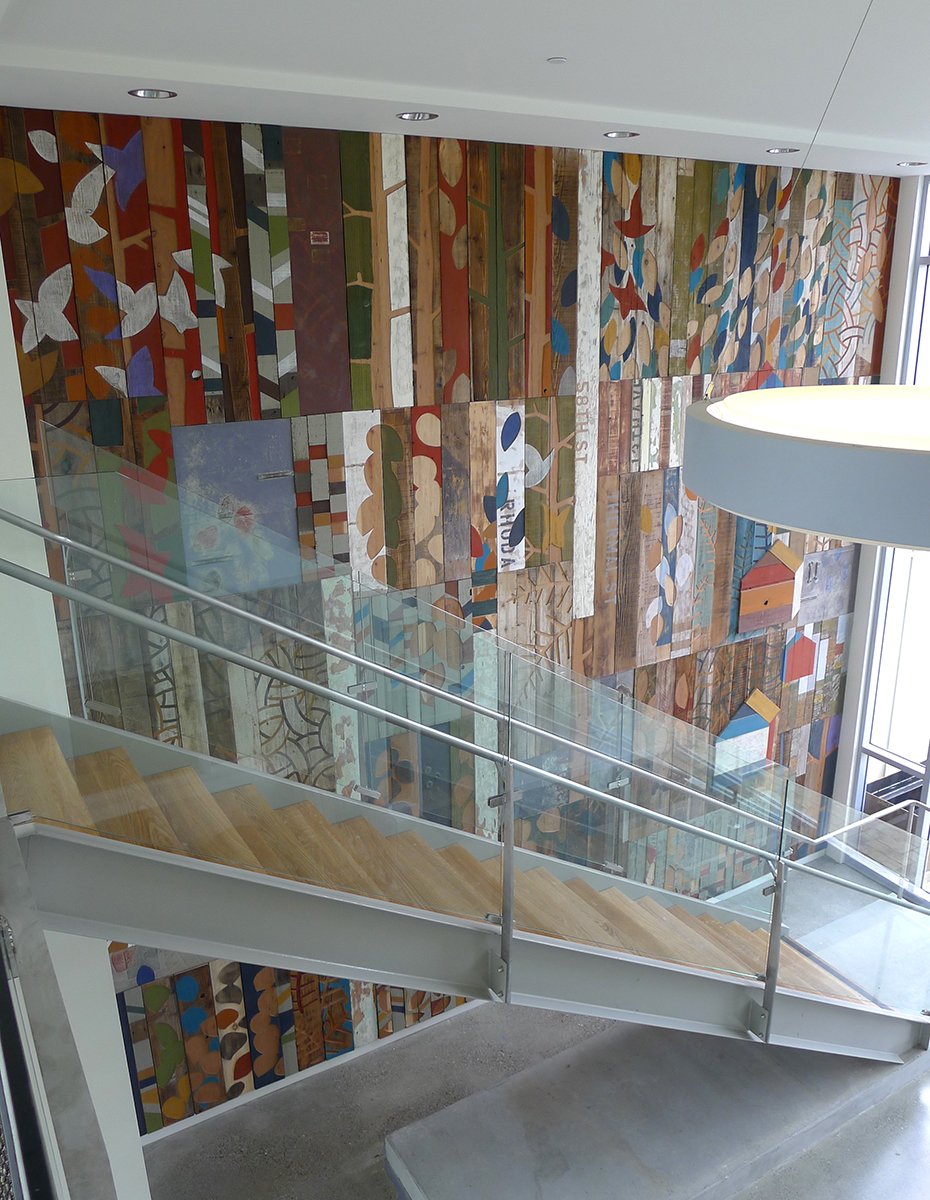 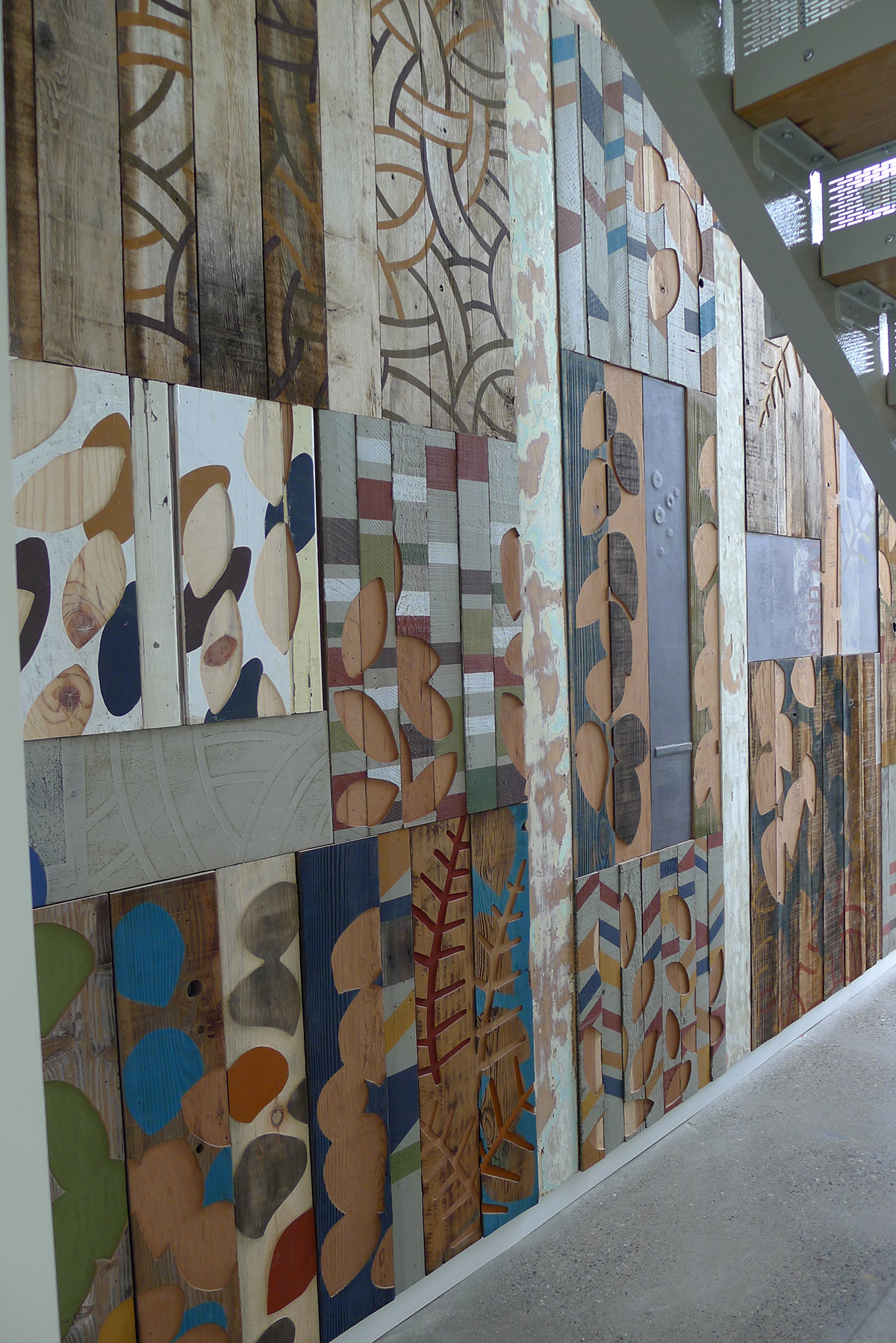 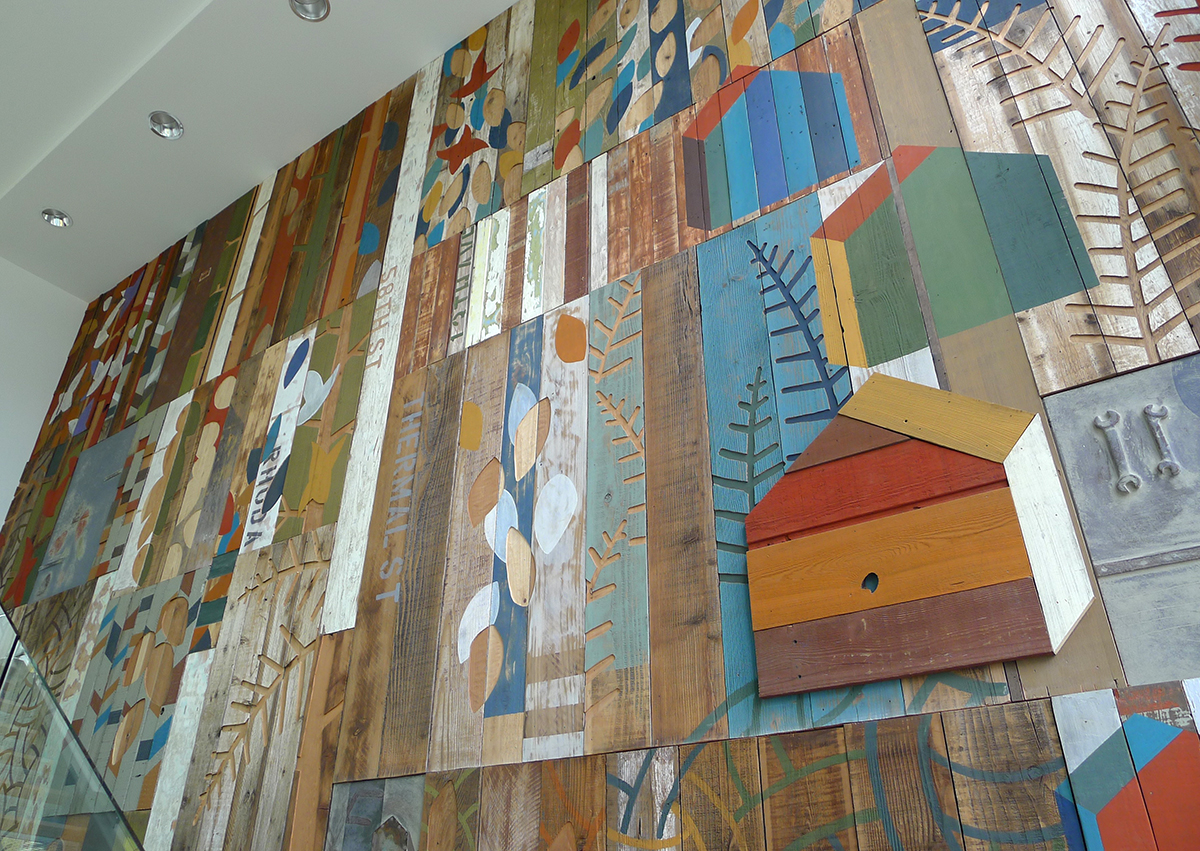 A 20 x 20 ft mural using reclaimed wood for the lobby of a new housing building, also named Mural, at McArthur Station, Oakland, built by the affordable housing non-profit Bridge Housing. Some of the wood comes from Oakland homes, you can see street names in among the foliage etc.

The goal was to make an artwork that was welcoming and added warmth to an interior with mostly hard minimal finished. Bridge Housing talked a lot about their mission being about rebuilding and “re-knitting” a neighborhood that had been fractured by catastrophic development decisions, and by successive waves of social change. I spent time walking around the neighborhood and latched onto the image of all the mature trees that line the residential streets around Mosswood Park, and thought about how they’d witnessed and endured all the destructive changes of recent decades. I saw them as being emblematic of both resilience and new growth, and so trees and foliage became the main image of the piece. I like the idea of creating this wild forest-garden feel in among the clean architectural lines of the urban apartment building.