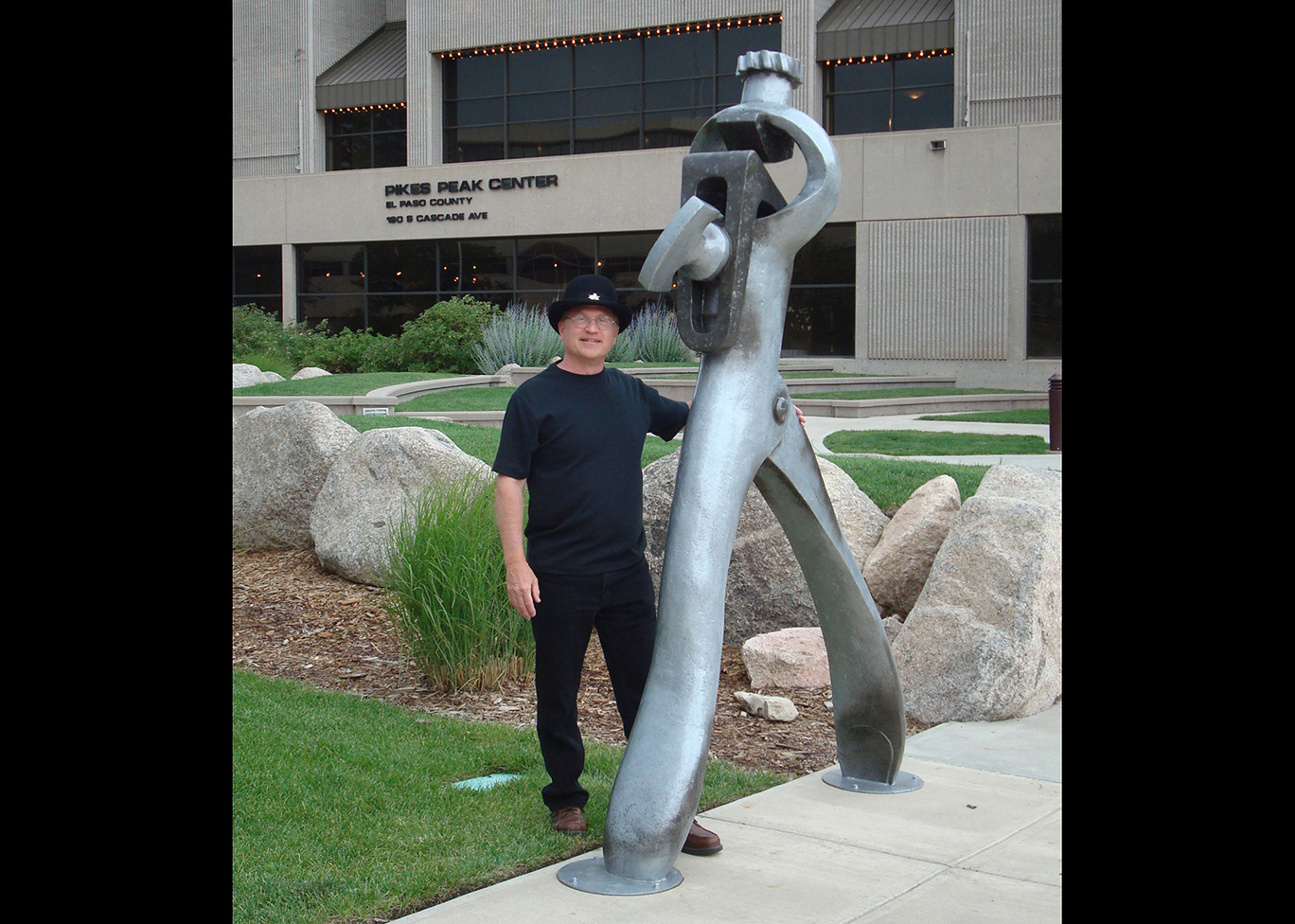 Mr. Toolman stands at 8' tall and has a comfortable stride of about 5'. He resembles a hand tool once used to straighten saw teeth but has since found its way into an antique store where his distant cousin inspired me by instantly making me think of a walking man.

The goal of this piece was to enliven a public space adjacent to a Community Arts Center in Colorado Springs, Colorado. I envisioned a larger than life figure that appeared to be walking among the people on the plaza area. Mr. Toolman was developed to suggest a dignified English gentleman out for a stroll. While enigmatic and a bit aloof, he manages to charm all who choose to stroll with him.

The collaboration began with Mr. Toolman being selected by Colorado Springs Community Ventures and their Arts-on-the-Streets Program. Soon I had a steel fabricator cutting the two bases and a second fabricator welding to them a supporting steel armature. Next it was up to me to give him form with 24 cans of spray construction foam and 18 cans of Bondo fiberglass from my friends at Lowe's and Home Depot, then paint and UV protect him.

Legend has it that before arriving at his destination in Colorado Springs, Mr. Toolman lived a short but eventful life. He crossed the Atlantic at 20,000 leagues under the sea while falling in love with a giant squid, waited patiently on a park bench for Godot, conversed with Monet while wading among his water lilies, starred in a stage performance of Mary Poppins and was tied down briefly on an island by hundreds of very small people, all before arriving at his destination. Since first appearing in Colorado Springs, Mr. Toolman has seen Greeley, Lafayette, and currently in Evergreen, Colorado.