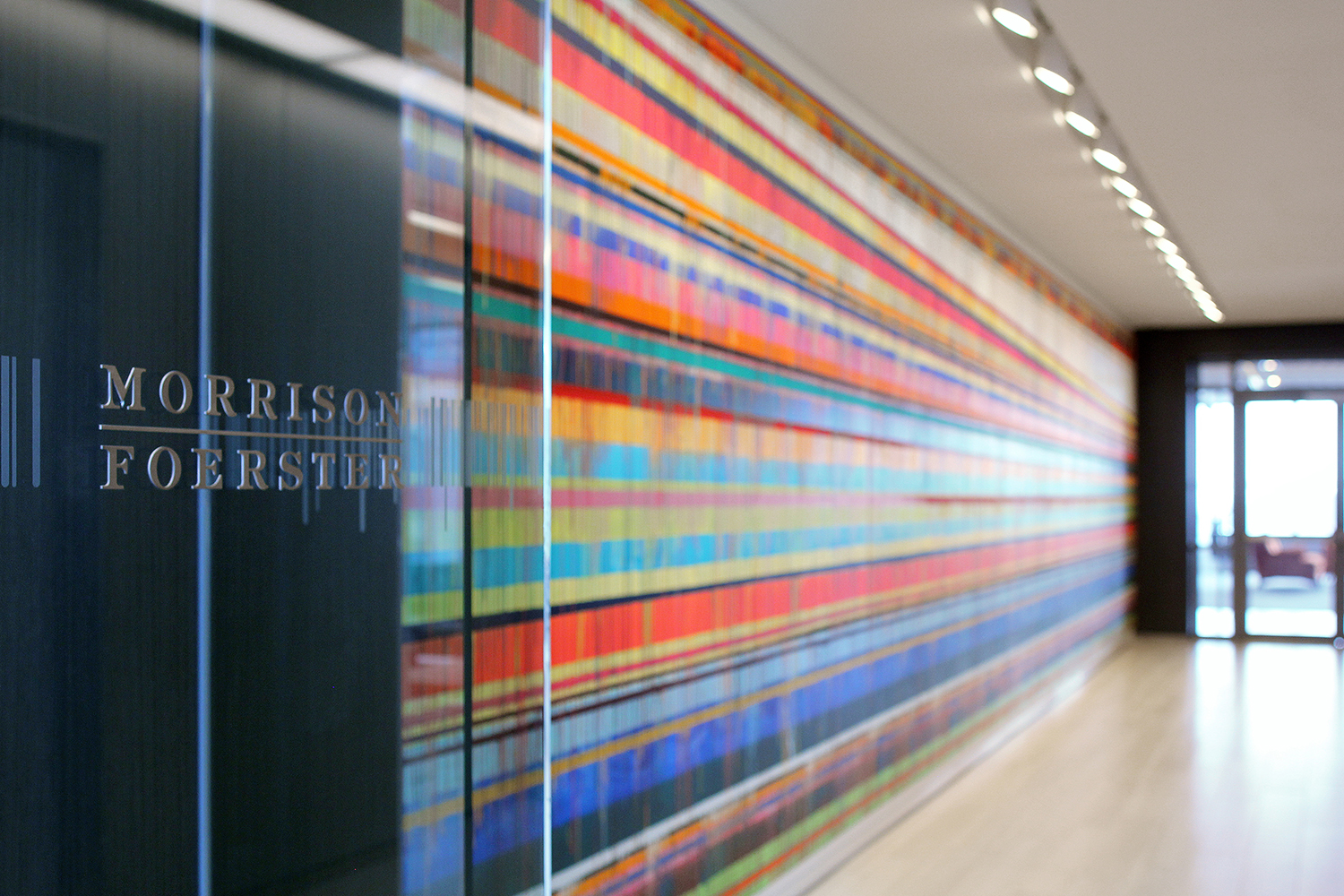 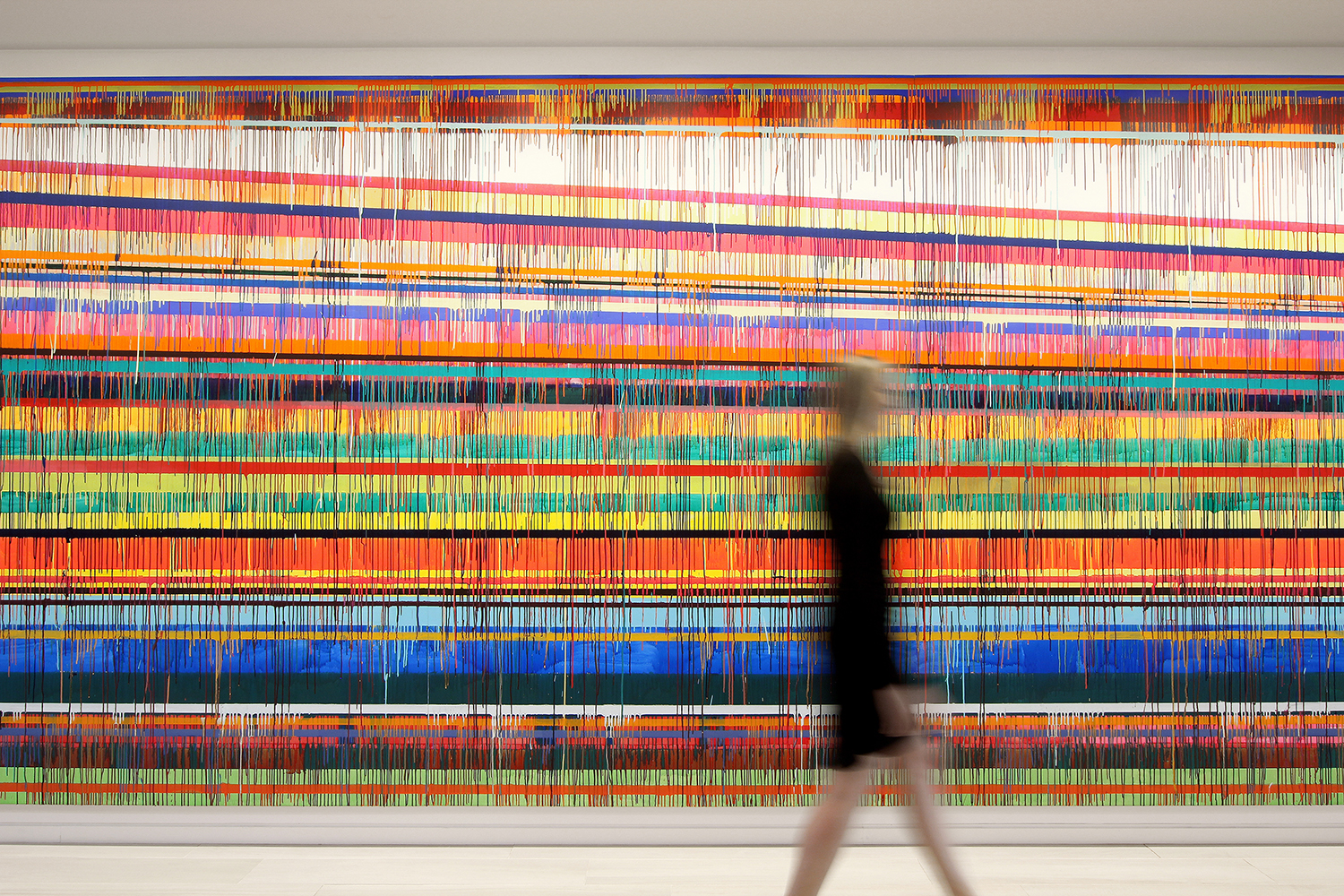 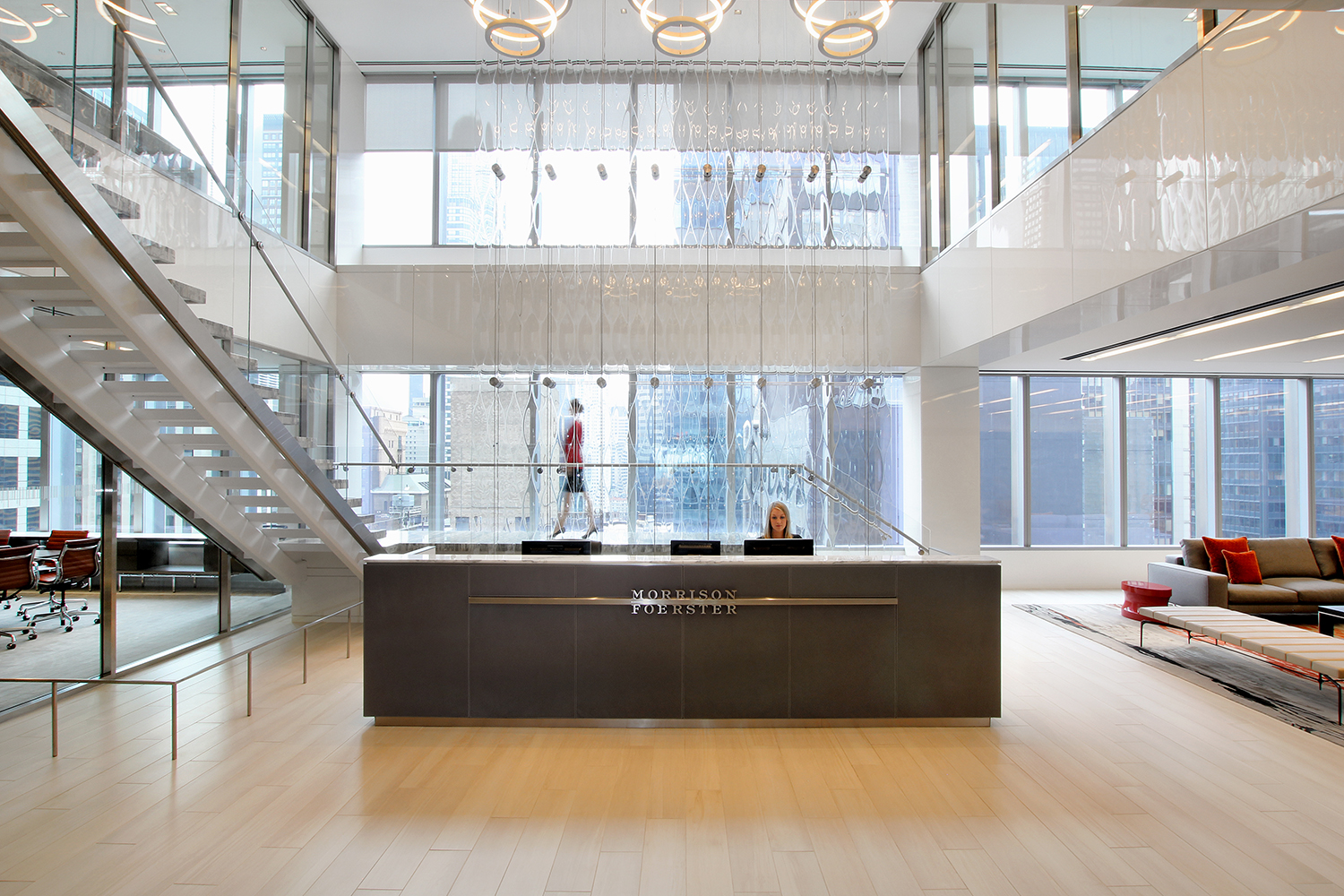 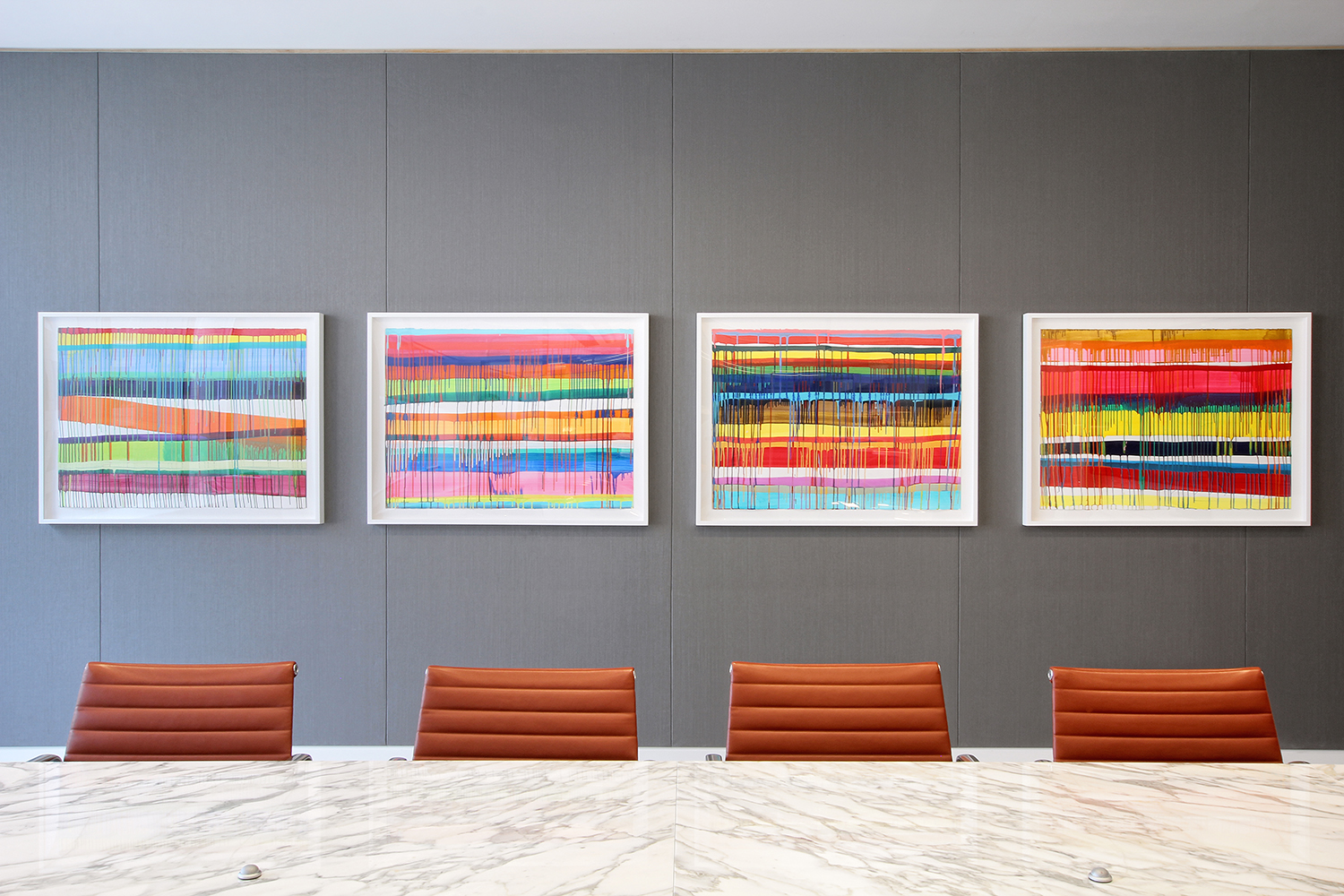 Morrison & Foerster, a top New York law firm, called upon Gensler’s design team to not only create a beautiful workplace but balance an environment with an art collection that would inspire employees, clients, and visitors alike. Upon entering Morrison & Foerster‘s 250,000 square-foot new space, you are greeted by a dramatic, colorful, and graphically bold eight-piece series of 9’ x 42’ paintings that fill each of the firms eight elevator banks. Designed as a single mural by renowned German artist, Markus Linnenbrink, the murals create a high contrast, which embraces the verticality, linearity, and rigor of the building’s architecture.

The goals of the artwork within Morrison & Foerster’s space was to make an impression on visitors and create an environment that inspires employees and embraces thought.

While Gensler worked with Morrison & Foerster on the design of their new space, the design team was faced with a challenge. A huge blank wall on the opposite side of the elevators was blaringly white and seemed like a great design opportunity to implement an impactful statement with art.

Ed Wood, Design Director at Gensler, met Markus Linnenbrink while he did a temporary art installation in Gensler’s New York office many years ago. Impressed with his approach, the design team believed that Linnenbrink would be a great fit. After introducing the client committee to the artist, and visiting his representative gallery in Chelsea, Linnenbrink was hired to propose a design concept.

Once approved, the installation was created on a series of panels, which stretched 72’ from end-to-end in the artist’s studio. Working with his art handlers, the artist transported each piece and cleated them to the wall at Morrison & Foerster’s offices. The dynamic paintings run continuously throughout the elevator lobbies of all eight floors, creating a stunning and lasting impression upon entering the space.