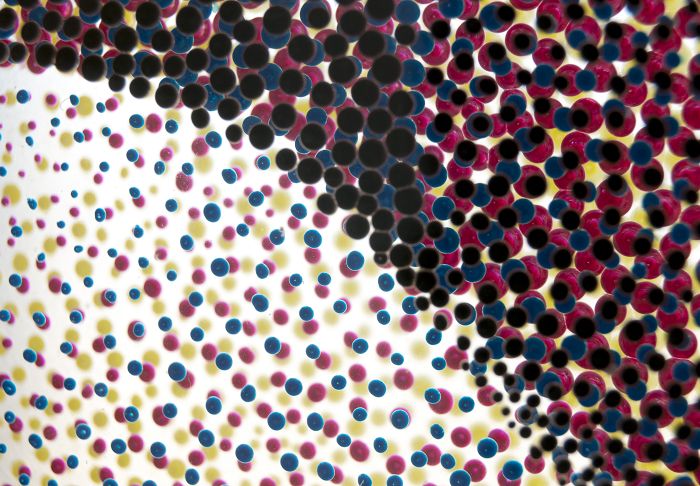 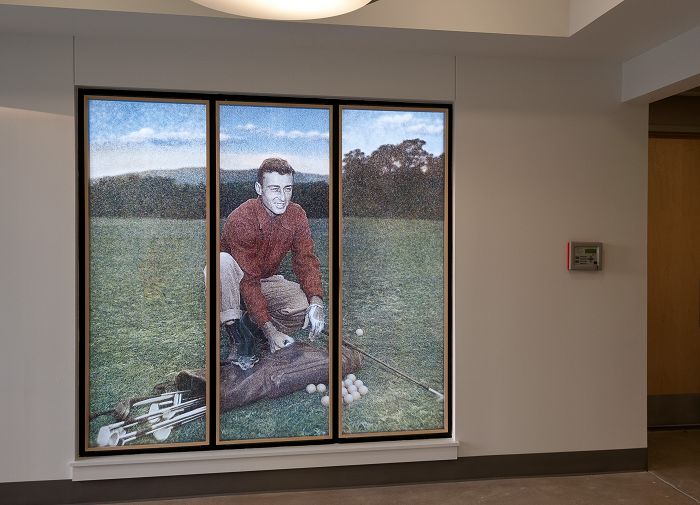 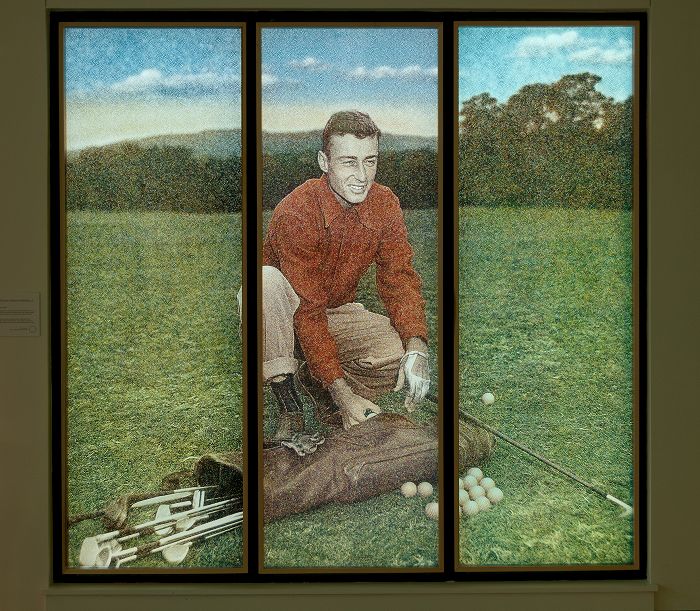 This “photo/sculpture” uses a technique which draws inspiration from pointillist painting and modern color printing theory. The image consists of over one million holes filled with acrylic pigment in the subtractive primary colors. Morris Williams Jr. was a rising star in Texas golf during the late 1940’s. In a 12-month stretch spanning 1949-1950, he won the Texas Junior, the Texas Amateur and the Texas PGA’s annual tournaments. No one else in history has ever accomplished this feat.

This was part of the City of Austin's Art in Public Places initiative.

Over one million holes drilled into acrylic, then filled with pigment in the subtractive primary colors.